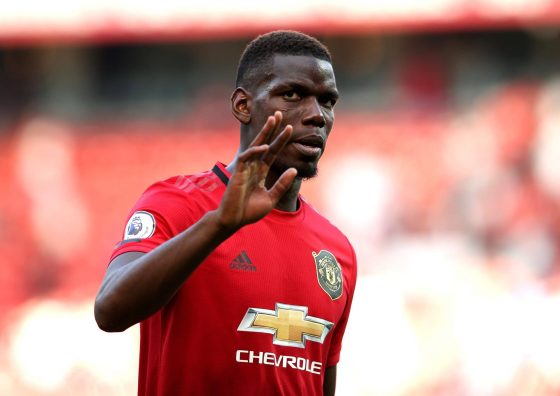 A sensible majority of Manchester United fans breathed a massive collective sigh of relief this week, when the club released a statement confirming the exit of Paul Pogba following the expiration of the French midfielder’s contract.

While the 29-year-old Les Bleus international has long been a polarising figure in Manchester since his high-profile return from Juventus in 2016, his standing among most United supporters had plunged to new depths over the past couple of years – and with good reason.

Pogba added major injury issues to his open flirtation with other clubs and hit and miss displays in red and the schemer managed to start just 43% of United’s Premier League fixtures over the past three seasons.

However, it’s that shameless courting of other clubs through the media that we’d like to zero in on today. It’s easy to forget just how prolific Pogba has been with his candidness and desire to seek out pastures new.

So, for all the United fans still feeling a little doe-eyed and mournful about Pogba’s departure, here is a timeline littered with his moments of disrespect. Every word he uttered was a knock to the club that paid him handsomely to perform and the interviews given by Pogba directly or by his associates had far-reaching destabilising consequences at Old Trafford.

Yep….it’s been going on this long. It was towards the end of Pogba’s second season with Manchester United that he first started to plant seeds of controversy.

Pogba’s relationship with then United boss Jose Mourinho had started to crumble and when questioned by French outlet Canal+ in his homeland about his future, the midfielder said:

“We are never sure of anything but contractually it’s sure, yes.

“I can never look far into the future. It also depends how it goes with the club, how things work out.”

A tame start perhaps? He was just getting the ball rolling….

The summer of 2018 came and went with Pogba failing to engineer a move away from Old Trafford and with the window slammed shut, the French World Cup winner turned his focus to a possible switch the following January.

Again, Pogba waited for the protection of an international break before making his feelings known. Speaking to Sky Germany, he said:

“There was a lot of talk, but it was just like that, I am under contract in Manchester,

“My future is currently in Manchester, I still have a contract, I am playing there at the moment, but who knows what will happen in the next few months.”

In March 2019, it was time for another international break…..and you know what that means. Pogba used the gap in club football to sing the same tune.

With Jose Mourinho sacked just a few months earlier, Pogba and United had found fresh energy and a spike in results in the new year under Ole Gunnar Solskjaer, though that didn’t stop the Frenchman from doing his utmost to dampen the optimism that was starting to build.

“Like I’ve always said, Real Madrid is a dream for anyone. It’s one of the biggest clubs in the world.

“There is also Zinedine Zidane as a coach and it’s a dream for anybody who likes football.

United’s resurgence ran out of steam shortly after and Pogba was jeered by some of the home supporters after the last match of the season at Old Trafford against Cardiff City.

Summer time arrived and Pogba’s future again became a hot topic when he gave a revealing insight into his wishes during a personal promotional tour event in Tokyo.

“There is a lot of thinking. I have been three years in Manchester and have been doing great – some good moments and some bad moments, like everybody, like everywhere else.

“After this season and everything that happened, with my season being my best season … it could be a good time to have a new challenge somewhere else.”

Incidentally, 2018/19 was the last campaign in which Pogba played over 30 Premier League games. He hasn’t’ come anywhere close since.

“I don’t know what to say…[Zinedine] Zidane has always spoken highly of my brother, it’s an honour. Another thing is that they listen to him. 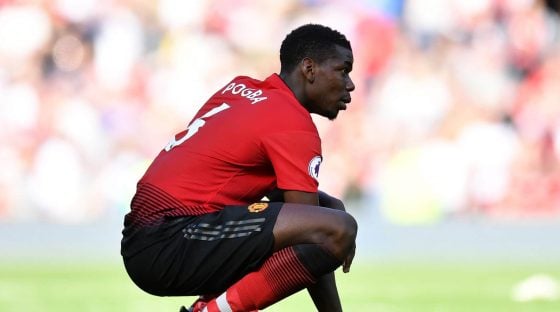 Pogba’s attempts to manufacture a transfer away from Manchester United hadn’t quite paid off, so it was time to call in the heavy-hitters.

With the window open and market in full swing in January 2020, it was Pogba’s controversial agent Mino Raiola’s turn to chime in with his two cents and the nefarious deal-broker didn’t mince his words, saying:

“Today I would no longer bring anyone there (to United). They would also ruin [Diego] Maradona, Pele and [Paolo] Maldini.

“For Pogba I fought with [Sir Alex] Ferguson. Paul was the only one to say no to him, he never digested this and he took it out on me.

“But now Pogba’s problem is Manchester – it’s a club out of reality, without a sports project.

“Paul needs a team and a club, one like the first Juve.”

It’s worth noting that Pogba had missed eight games on the spin with an ankle complaint at this point. He would miss 19 in total during that spell on the sidelines.

“Pogba feels at home in Italy; Italy is like his second home or family, same feeling as Zlatan Ibrahimovic. That’s why Paul would like to come back to Juventus.

“But we’ll go to speak about that just after the Euro 2020. Pogba wants to play at the best levels always…but he can’t escape Manchester United now, in this moment where the club is not having a good period.”

Mino Raiola was at it again shortly after and he was starting to hawk his wares in all directions, saying:

“My relations with Real Madrid are very good. I want to take a great footballer there and I will try this summer.

“It would be a pride for me and my footballers because Real Madrid is a great club.

“I am in contact with [general director] Jose Angel Sanchez and I love discussing football and FIFA issues with him because his opinion interests me.

“I have great hope that one day he will be able to lead a great footballer to Real Madrid.

“Paul is going through a difficult time, but let it be clear because in England they are very sensitive, Pogba is focused on making a great end to the season with Manchester United.”

If only Pogba’s performances on the pitch were as consistent as the message he was pushing off it.

COVID blew his chances of a summer transfer that year and after a poor start to his 2020/21 campaign, Pogba escaped to France on international duty, where he again employed his tried and tested media strategy, saying:

“No-one has told me anything. I have not spoken to Ed Woodward. We haven’t spoken about a new deal.

“At the moment, I am in Manchester and I am concentrating about getting back to my best form. I think there will be a moment when the club will come and talk to me and maybe offer me something, or not.”

“All football players would love to play for Real Madrid. It is a dream for me, why not one day? 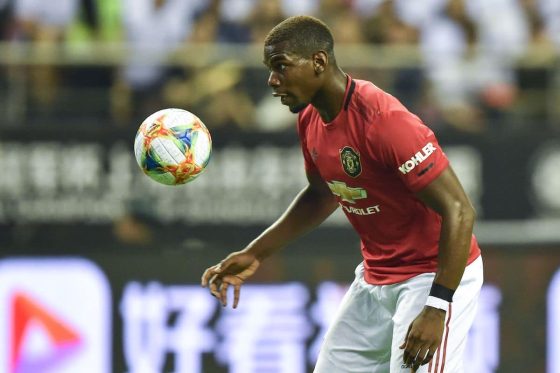 A short time after and with Pogba out injured – again – Mino Raiola was on the warpath once more, shooting straight from the hip and turning masses of United fans against his client.

In an interview with Tuttosport, he said: “It is useless to go around it. Better to speak clearly, look ahead and not waste time looking for culprits. Paul at Manchester United is unhappy, he is no longer able to express himself as he would like and as expected of him. He has to change teams, he has to change the air.

“He has a contract that will expire in a year and a half, in the summer of 2022, but I believe the best solution for the parties is to sell it to the next market. Otherwise, the Old Trafford club, with which relations are excellent, knows that they would risk losing him on a free transfer, given that for the moment it is not the player’s intention to extend the contract. If someone doesn’t understand it – they understand very little about football. In any case, let them blame me if Paul leaves next summer.”

First Real Madrid, then Juventus and now………..Barcelona. Paul Pogba’s brother Mathias appeared on Spanish TV again to discuss the summer market, just weeks before United were due to play Villarreal in the Europa League Final.

He said: “Once he wins the Europa League, then we will talk.

“I don’t know anything but I’m with you Jose (presenter), I would sign tomorrow if that was the question.

January was fast approaching and with Pogba’s contact due to expire in the summer of 2022, the was free to discuss terms with other clubs from the first of the month. True to form, Mino Raiola was back stirring the pot, saying to TMW:

“It's too early to speak about Paul Pogba's contract [with Manchester United]. Let's see what happens. I can't stop anyone from dreaming about him.

“December is the month of dreams… and I can't stop dreams, but it is better to not speak about Paul. If some former Man United players don't speak about me and Paul, they won't work anymore.”

Oddly, Raiola’s comments coincided with yet another winter Paul Pogba injury. The marauding midfielder missed 14 games between November and the following February and he started just eight of United’s final 29 league fixtures of the campaign overall.

Fittingly, Pogba’s final game in a United shirt was the club’s 4-0 rout at the hands of rivals Liverpool at Anfield on April 19th – a contest in which the fallen star limped away from battle after just ten minutes.

With his exit confirmed, Pogba has finally earned the departure he’s been trying to concoct for over four of his years in Manchester

Any talk of situations involving the right player at the wrong time or lengthy laments about a superstar that was never allowed to shine seem misdirected.

Pogba has long pined for pastures new and he and his cronies have dragged Manchester United’s name through the mud to get there.