There was a gnawing sense of familiarity to Joe Hart on Friday night. As Slaven Bilić stared into the abyss and West Ham United fans voiced their discontent at another insipid and deeply dispiriting performance, there was Hart, looking befuddled and sullen.

Going down 3-0 at home to Brighton & Hove Albion, Friday night's debacle at the London Stadium has to go down as the nadir in the current plight of the Hammers. It leaves Bilić desperately clinging to his job, the supporters desperately wanting improvement and Javier Hernández desperately trying to remember why he left Bayer Leverkusen for this.

It also leaves a question mark over Hart. The former Manchester City goalkeeper has been on a humbling and sometimes torturous journey of self-discovery since being deemed surplus to requirements by Pep Guardiola last summer.

However, while his foray into continental football last season on loan at Torino wasn't to be a glorious chapter of shot-saving retribution, there was a sense, when West Ham signed him in the summer, that he would re-establish himself as England's finest.

But, nine games into the season, there are still worrying signs of decline that are somewhat symptomatic of West Ham's debilitating state and, with Jordan Pickford, Fraser Forster and Jack Butland all staking a claim to be Gareth Southgate's England number one, Hart may be in for another rough season.

Hart was powerless to stop Brighton on Friday. The 30-year-old may have had plenty of reasons to express bewilderment at the defending going on in front of him, but his position was weakened by another high-profile error.

While Hart was understandably beaten by an unerring Glenn Murray header for Brighton's opener, José Izquierdo's strike from distance – which effectively killed West Ham's chances on the verge of half-time – should not have beaten him.

Thirty seconds after denying Murray his second goal, Hart was left with his face planted onto the pitch in despair as Izquierdo's shot flew into the top corner. Of course, Hart got across and managed to get his fingertips to the ball, but it was insufficient in stopping the ball finding the net.

At first glance, the goal just seemed like an excellent strike, but Gary Neville's half-time analysis on Sky Sports highlighted Hart's error in not reading the Colombian forward's intentions. Neville, who has never shied away from harsh assessments of Hart's credentials, criticised his inability to see that Izquierdo was shaping up to shoot into the far corner and adjust his feet accordingly.

Although Pedro Obiang hardly covered himself in glory by allowing the Brighton man to cut inside and skip past his weak sliding challenge, Hart should have been sharper in his anticipating the danger. Ultimately, he left himself too much to and West Ham were unable to regroup after going two goals behind.

Comparing Hart to Lloris does not reflect well on the England international either. While he would hold himself to the Tottenham Hotspur keeper's standards, it is hard to imagine Hart replicating the Frenchman's brilliant flying stop to deny Philippe Coutinho at Wembley.

Hart's contributions against Brighton were divisive. Many voices have joined Neville in criticising his failure to prevent the second goal, while others have argued that pinpointing a goalkeeper often in the spotlight for high-profile errors was too easy and that it was harsh to criticise him for not saving an accurate and well-struck shot.

However, this is not the first goal West Ham have conceded this season in which Hart has been culpable. Back in August, Hart conceded four on his return to the Premier League as West Ham were swept aside by a ruthless Manchester United.

For the second goal, Hart was flat-footed as Romelu Lukaku glanced a header past him, while Paul Pogba's shot from distance beat him on his left side even when the ball was fairly close to him. The Frenchman's effort was not placed in the corner, so there was certainly a question mark over Hart's ability to get down and stop it when Pogba had telegraphed his intention to shoot from 25 yards.

Indeed, saving shots that on that side have previously been identified as a significant weakness in Hart's game. Generally speaking, he is an excellent shot-stopper with an impressive reach, but the discussion over a struggle to save shots on his left reared its ugly head once again following a chastening afternoon at Old Trafford.

Against Southampton, Hart failed to keep out Manolo Gabbiadini's effort, which was another low effort to the keeper's left. The Italian striker fired his left-footed effort back across Hart, who was guarding his near post, but his shot lacked real power, leading to criticisms of the West Ham stopper's cumbersome attempt to get down and push the ball away. 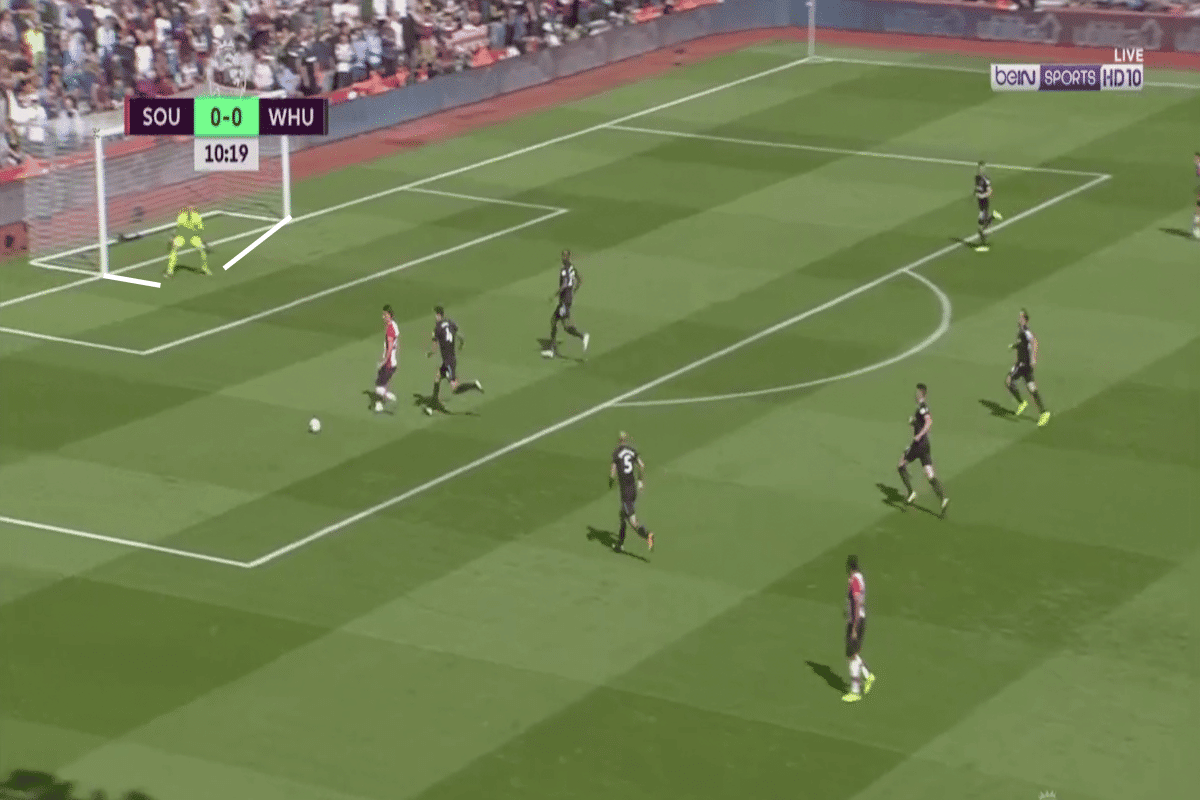 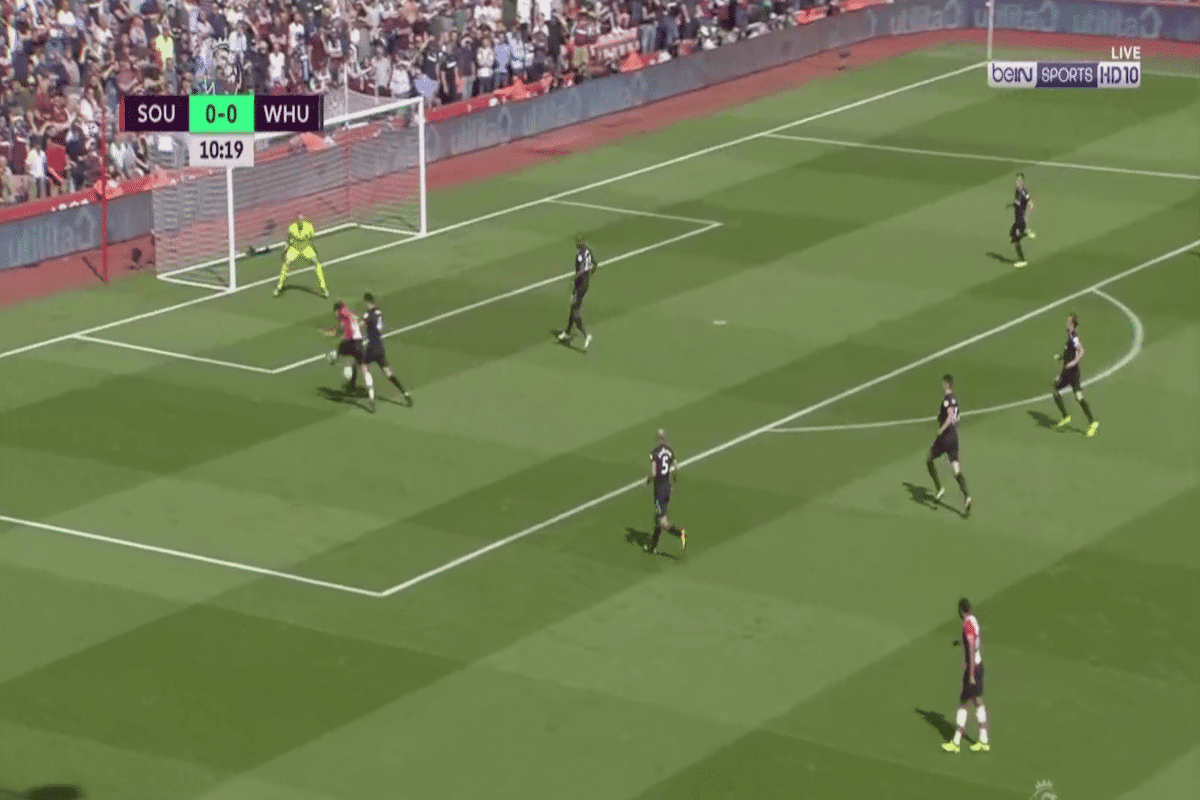 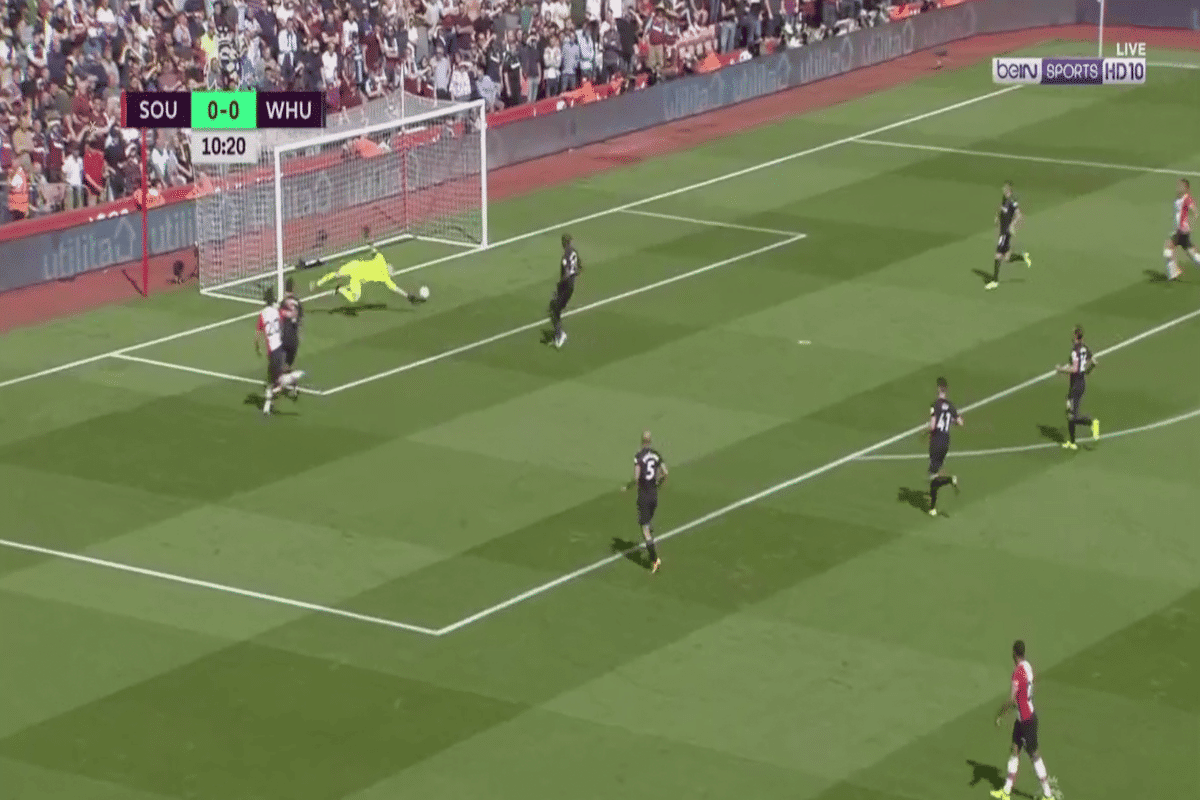 Perhaps it's time for Bilić to recall Adrián to the starting line-up. The Spaniard recently voiced his disquiet over a lack of playing opportunities following Hart's arrival and, considering his impressive performances between the sticks previously, he may be right to feel aggrieved.

“The coach is not giving me much ball this year, but the data is there. It only remains to fight,” Adrian recently told Radio Marca.

“Try other leagues? I would not mind. I want to enjoy every Sunday and that is achieved by playing.”

Adrián has not played since May, but his displays for the Hammers since joining from Real Betis in 2013 have been solid enough to earn him his first international call-up for Spain.

With Adrián clearly disgruntled at playing second-fiddle to Hart, perhaps it is time for Bilić to rotate. Hart is no stranger to being dropped, having been usurped temporarily in the City goal by Willy Caballero under Manuel Pellegrini, and it may be a blessing in disguise for him to sharpen up some areas of his game.

If Hart remains in goal, it will be interesting to see if players have done their homework on where he struggles. If they have, like Gabbiadini, Pogba and Izquierdo, then the uncomfortable discussions over Hart's abilities will resurface.