Sixteenth, ninth, twelfth, and fourteenth. An average finish of thirteenth across four seasons. Being a Bournemouth fan in the last decade has been exhilarating but in recent seasons that excitement has been tempered.

As we count down to the end of the decade it's easy to forget the Cherries began the 2010s in League Two under former player turned rookie boss Eddie Howe. They finished the season promoted. Howe repeated the trick two campaigns later to guide the Dorset outfit to the second tier for just the second time in their history.

He completed the hat-trick in 2014/15, steering Bournemouth into the promised land as Championship champions thanks to a final-day win over Charlton Athletic. It was one of the most remarkable tales in the EFL and remains so.

Whatever Howe goes on to achieve in his career, it's unlikely he'll top it. Especially as Bournemouth had to overcome a 17-point deduction in order to avoid potential oblivion in his rookie season.

But since then it's been… boring. There's no other word for it.

As with so many sides promoted to the Premier League, Bournemouth's initial aim was simply to survive. They've achieved that. With minimal fuss, too. But where next? It's a question almost all less well-established sides face at some point in their top-flight existence. 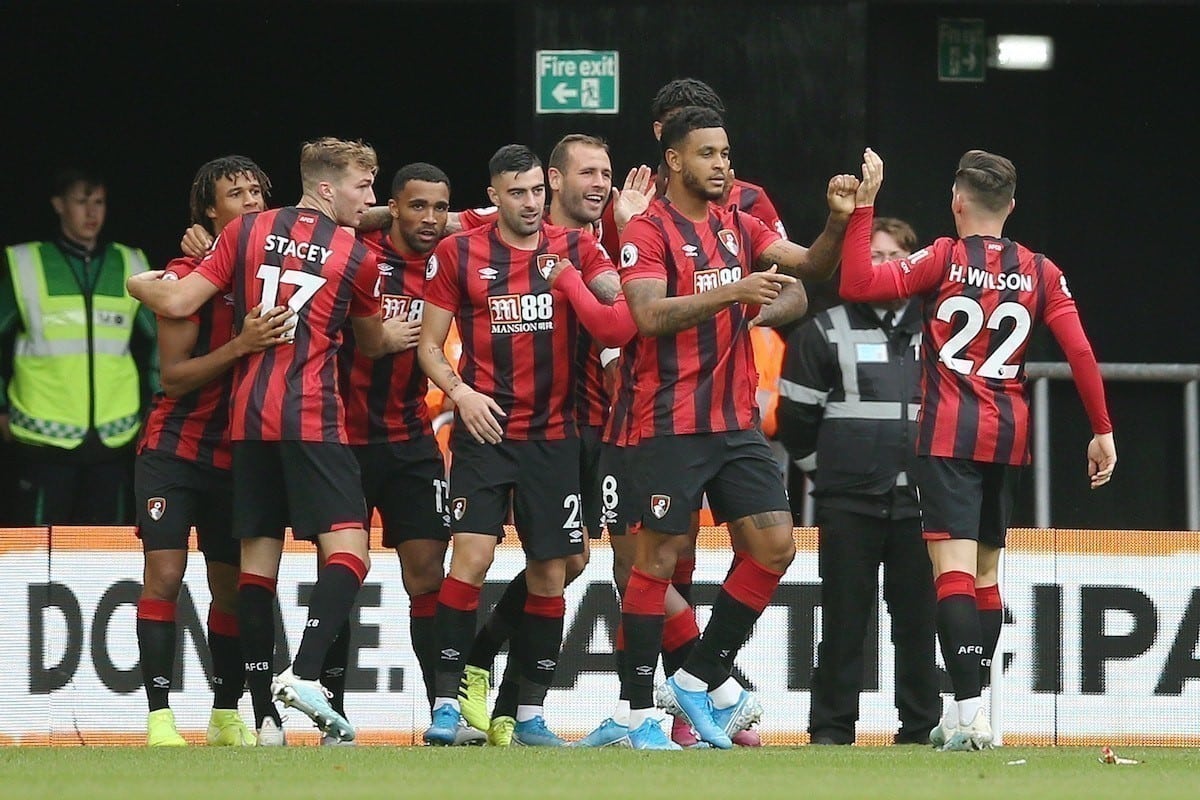 Cherries fans – and with good reason – would point to the plight of arch-rivals Watford who were promoted along with them in 2015. The Hornets are currently looking for their third head coach of the season and their sixth full-time appointment since promotion. What fans of the Hertfordshire side would give for some mid-table mediocrity.

Bournemouth's ‘problem', as it were, has been breaking through the Premier League's glass ceiling. It's something they have managed just once in five years and look increasingly unlikely to repeat this season.

Games like Tuesday's defeat at Crystal Palace are a big part of the reason. The Eagles were down to ten men after 19 minutes when Mamadou Sakho was sent off. But Bournemouth managed just five shots against the ten men – who had only one fewer themselves – and were hit with a sucker-punch goal from Jeff Schlupp 14 minutes from time.

Defeat at Selhurst Park means it's now four in a row for the Cherries and just one win in nine Premier League fixtures. That victory coming at home to a listless Manchester United side at the start of November. Clearly, something has to change if everyone's favourite fairytale club are to avoid another season of regression. 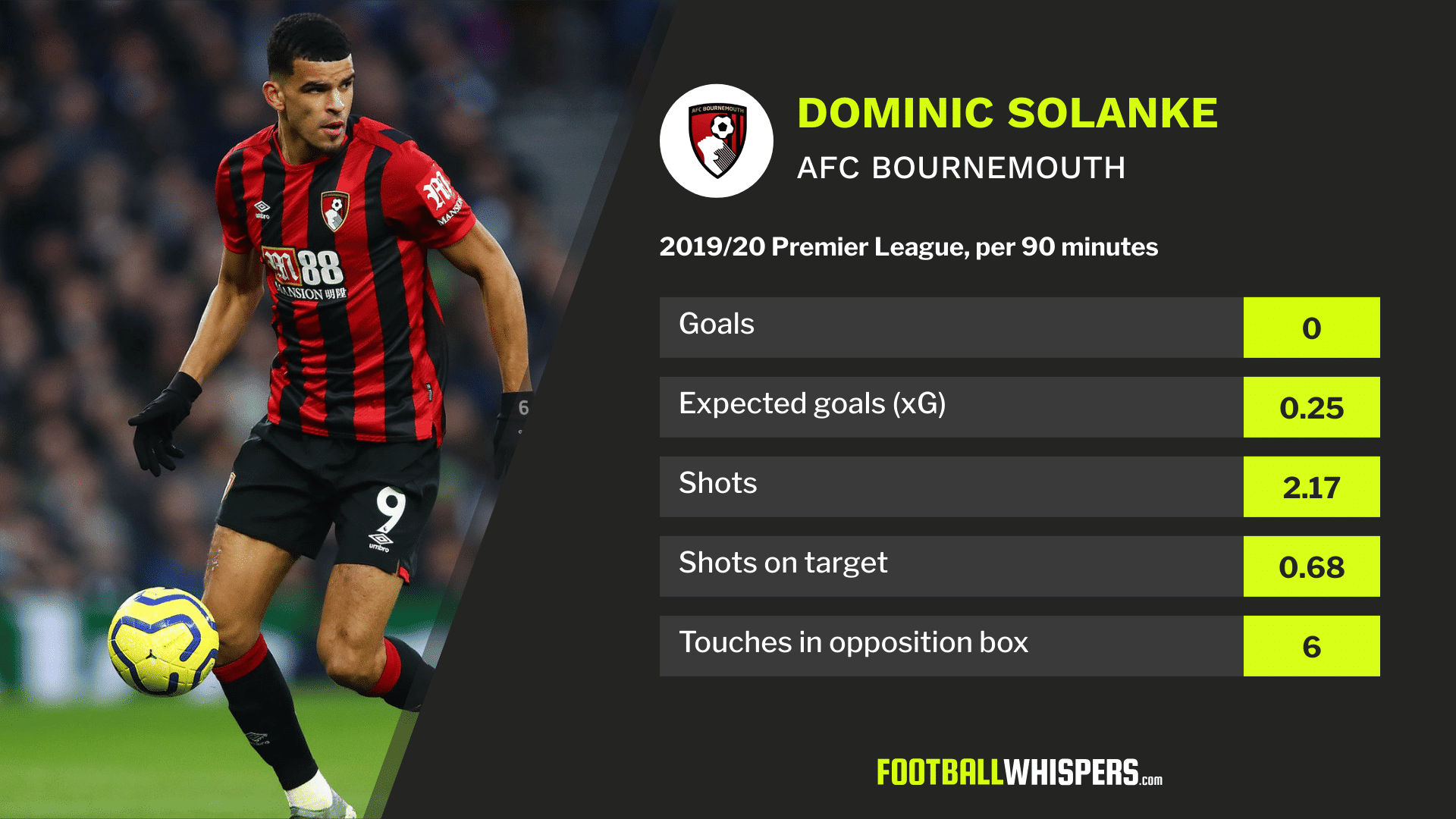 There have been mitigating factors. Bournemouth's treatment room has been chock-full all season with nine players who would be considered first-teamers currently sidelined. Of those, Junior Stanislas, David Brooks, Charlie Daniels, Lloyd Kelly, Andrew Surman and Dan Gosling have all suffered long-term injuries.

Kelly's absence is particularly unfortunate. The left-back was signed from Bristol City for a reported £13million to provide competition for and ultimately replace the aforementioned Daniels. But the 21-year-old has yet to kick a ball for his new club thanks to a thigh problem suffered before the season begun.

Not all signings have been unlucky. Some have just been plain bad. Dominic Solanke, for example. The former Chelsea and Liverpool striker signed for the Cherries a year ago in January. Costing £19million, more than a few eyebrows were raised at that figure.

The logic went that if the tall, powerful England international reached his potential he'd prove a bargain. A year on, Solanke is still waiting for his first Bournemouth goal. Indeed, the 22-year-old only has one top-flight strike to his name – scored while at Anfield – in 44 outings.

Solanke isn't alone. Howe's record in the transfer market since Bournemouth reached the top table of English football has been patchy. For every Nathan Aké or Brooks there's been a Jermain Defoe or Lys Mousset. Indeed, the latter must be a particular source of embarrassment for Howe. Having scored just five in 71 for the Cherries, the Frenchman has a new lease of life at Sheffield United and has struck as many times in just 13 outings.

The jury is out on this summer's signings – though injuries haven't helped. Exciting Dutch winger Arnaut Danjuma is another who has been sidelined at one point, while full-back Jack Stacey has been eased into top-flight action after winning promotion to the Championship with Luton Town last season.

Bournemouth's rearguard was an area that needed strengthening. The Cherries have got by with much of the same back four which saw them rise through the Football League initially. Simon Francis, Steve Cook and Daniels are all veterans of the old days who have still not been fully displaced. One big upgrade has been youngster Aaron Ramsdale taking over from the erratic Asmir Begović between the sticks.

But the evidence suggests a refresh is necessary. No team has won fewer tackles per 90 than the Cherries (8.2). That's offset by the fact no-one makes more interceptions (13.87), but with 1.4 goals conceded per 90 – versus and xGA score of 1.52 – Howe's side have to tighten up if they are to crack the top ten.

There is no denying it. Bournemouth's rise has been a fairytale. But the clock has struck midnight and their carriage is turning back into a pumpkin.