By the time they hit the age of 27, most footballers are at the peak of their powers. If they aren’t already playing regularly, they tend to be angling for a move away so that they can secure more first team football.

Yet for Nacho Fernandez, this is not the case. The defender has now been in or around Real Madrid’s first team for over half a decade, and has been in and out of the Spain national team for four years, yet he remains, essentially, a utility player.

Real Madrid are not associated with producing from within, yet their youth academy is one of the more fruitful in Europe. In the 1980s, they won five consecutive league titles with a nucleus of homegrown talent. ‘La Quinta del Buitre’ was the term given to five key players in that succession of victories, all of whom were brought through the club’s youth system. That group – made up of Emilio Butragueño, Michel, Miguel Pardeza, Manuel Sanchís and Rafael Martin Vázquez – became club legend.

However, more recent graduates have struggled to establish themselves with the club due primarily to the ‘Galactico’ policy of building the team around superstars signed for exorbitant transfer fees. The list of youth players not to make it at Real Madrid over the last decade includes Roberto Soldado, José Callejón, Juanfran and Juan Mata. Only a rare few, such as Dani Carvajal and Alvaro Morata, have become important squad members.

Nacho lingers between Carvajal and Callejón; Morata and Mata. He is the eternal prospect, always involved but never quite a crucial figure. Yet, over the course of 2016-17, he has made a compelling case for more frequent game time. This season has arguably been his finest in the famous all-white kit, and it could be a matter of time before he finally earns a starting spot.

Diagnosed with diabetes at the age of 12, for a few days Nacho believed his playing career was over before it had even started. However, after meeting an endocrinologist, he regained hope. 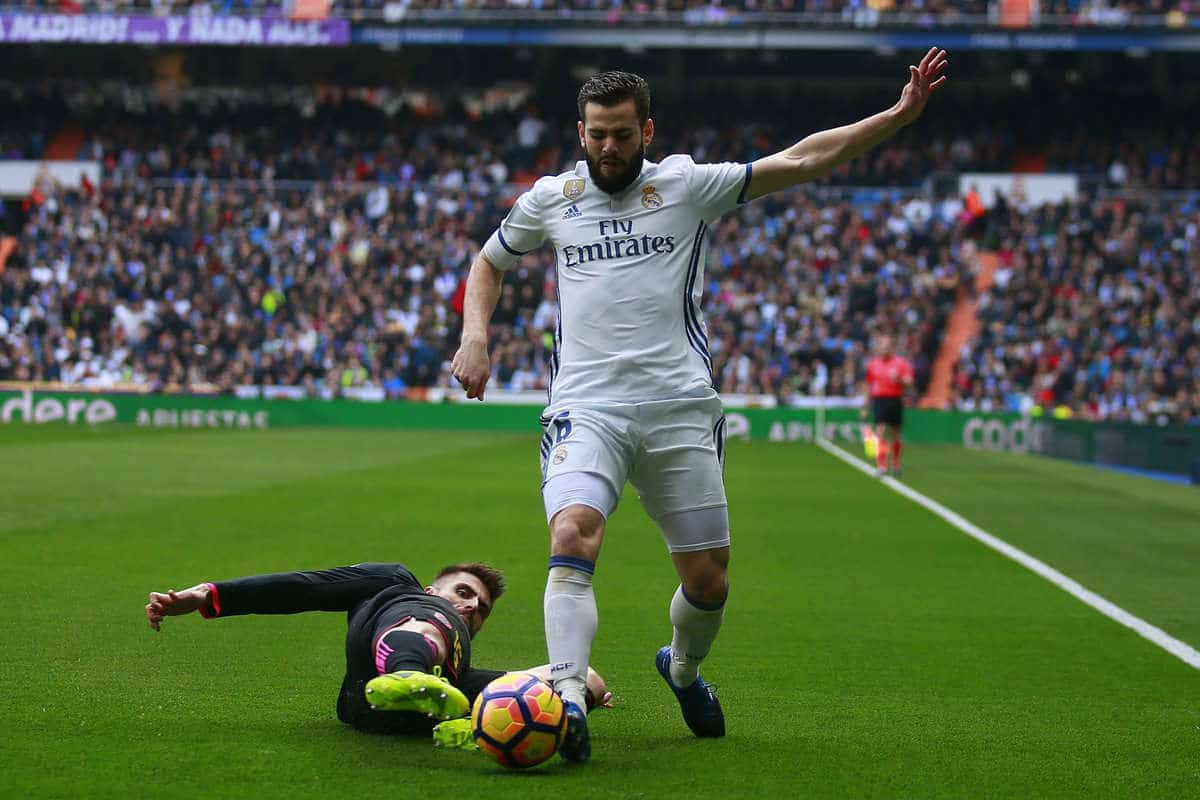 “Dr. Ramirez, who would become my regular endocrinologist and whom I’ve grown very fond of…told me…it was essential I continued playing because physical exercise is very important,” Nacho said.

“That Monday, my life started again.”

Seven years later, Nacho was playing for Real Madrid Castilla. And, having impressed Jose Mourinho, he was then called into the first team squad in 2012. After one year at the highest level, he was brought into the Spanish national team and handed his international debut by Vicente del Bosque.

However, after a quick progression from reserve to international, Nacho failed to impose himself upon Real Madrid’s starting lineup under a succession of managers. Mourinho, Carlo Ancelotti and Rafa Benítez kept him firmly on the fringes, and last summer a move appeared imminent as Italian side Roma were persistently linked with the player’s signature. But Nacho stayed and decided to try and earn a place in the team.

“Every member of the squad wants to play, but at Real Madrid there’s a lot of competition and it’s very tough,” he told the press in November.

“For any player it’s easier to play when you play week in, week out. I’m ready to play, I work hard every day to be given chances…and I’ll fight hard to get given more opportunities.”

One aspect that has benefitted Nacho throughout his time at Real Madrid thus far has been his tactical versatility. A flexible defender capable of playing anywhere across the back line, this season he has operated at centre-back and left-back, with one right-back outing against Malaga thrown in for good measure. His ability to slot into multiple roles has afforded him more time on the pitch, and he has impressed as part of a more defensively organised unit this season. 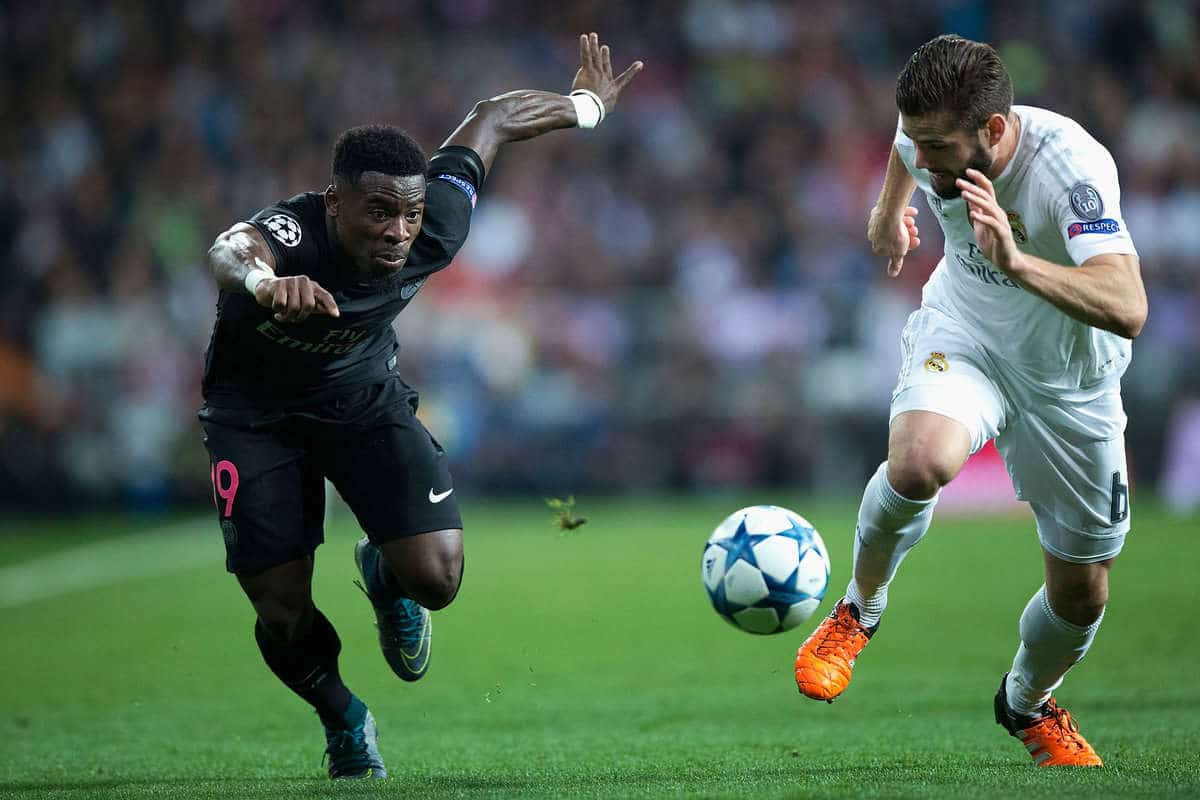 Perhaps the most noteworthy modification made by Zinedine Zidane since he took the reins at the Santiago Bernabéu has been an increasing emphasis on defensive solidarity. The Frenchman, who achieved legendary status as a player for his fantastical playmaking gifts, has prioritised cohesion, reducing the space between Real Madrid’s lines and forming a more compact side.

So far, Zidane’s most prominent playing decision was the introduction of Casemiro to the defensive midfield position in a 4-3-3 system, while his most significant match was perhaps the victory over Atlético Madrid in last term’s Champions League final, a win based on sound defending. Like every single one of his defensive team-mates, Nacho has done well out of Zidane’s changes, but the quality of competition has had a restrictive impact on his ambitions.

At present, Zidane can choose between Raphaël Varane, Sergio Ramos and Pepe for his two central defensive berths. Thus, to get into the side, Nacho must get past established French, Spanish and Portuguese internationals. Statistically, however, he more than holds his own.

This season, per 90 minutes of La Liga action, Nacho has won more tackles than Varane, Ramos or Pepe. He has also achieved higher pass completion—91 per cent compared to 87, 89 and 84 respectively. He has made fewer defensive errors on average than Varane and Pepe, and made more interceptions than the latter.

Nacho may not have the reputation of his peers, but evidently he is an equally accomplished defender. And, with Varane taken off with an injury just 11 minutes into his comeback against Alaves last weekend, there may be a spot for Nacho to claim. The 27-year-old was keen to state his intent after the 3-0 win, telling reporters that, “April's matches will be beautiful and full of passion and it is too bad about Varane's relapse. I'm going to approach every Real Madrid match as if it were my last.”

A sound reader of the game, a clean tackler and an efficient passer, Nacho has the quality to take the step from versatile utility man to integral defensive kingpin. But, with his window of opportunity for a regular starting berth closing, he must capitalise on every minute of playing time given as this season comes to an end.