Leeds United’s clash with Middlesbrough last weekend had all the makings of a turning point. The match came at a crucial juncture in Leeds’ season, entering it as they did on the back of three straight defeats and just two wins in nine. It also saw the Elland Road return of Garry Monk, who left the club in the summer after steering them to the verge of a playoff place in last season’s Championship.

With three points a borderline necessity against a friend turned foe, it was absolutely vital that Thomas Christiansen’s side improved on their previous disappointing displays.

The head coach was under increasing pressure going into the game, and so, when his players pulled off a 2-1 win, he was understandably delighted.

“It was perfect,” he told Sky Sports. “It's what I expected from the team, it's what they were prepared to do and they did it in what was a difficult situation…The character and responsibility the players took on the pitch was perfect and I congratulate them.”

Christiansen would later single out one player for praise; Kemar Roofe. The versatile attacker came back into the starting line-up having been named on the substitutes’ bench against Brentford, taking up the No.9 role atop the Leeds attack.

He performed well, prompting his boss to say: “Roofe has proved that he’s a good striker. [He] made good work for the team and made good runs.”

The question marks around Roofe’s best position have gone largely unanswered during his time at Elland Road. He has been an adequate outlet in a variety of attacking roles, whether on the wing, behind a lone striker, or leading the line.

However, given the current circumstances at the club, the latter position may be his best chance of regular football. And, most importantly, it could benefit the team in a tactical sense.

ROOFE OR LASOGGA: WHO SHOULD START?

Roofe’s versatility has been both a gift and a curse during his time at Leeds. He has been used to fill in a number of problem areas when alternatives were injured, suspended or out of form, but has yet to truly establish himself as a consistent starter. Last season he came off the bench for 14 of his 42 league appearances, while he has done so for five of his 14 outings this term.

His chances of game time dropped drastically over the summer, due primarily to the arrival of a raft of quality players in forward positions. Samu Saíz and Ezgjan Alioski joined to bolster the attacking midfield options, while Pierre-Michel Lasogga and Caleb Ekuban were brought in to help replace Chris Wood up front.

With more specialists to choose from on the wings and through the centre, Roofe’s flexibility made him expendable. But, in a matter of months, he has gradually begun to reassert himself on Christiansen’s side.

If judging solely on the headline numbers, Lasogga could be viewed as Leeds’ most influential player this season. The hulking German centre-forward has scored five times in ten league games, while also providing three assists. However, there exists a great deal of uncertainty over just how much he, individually, is responsible for that impressive personal haul.

The 25-year-old is not an obvious tactical fit for Christiansen’s attack. He acts as a focal point, but at times this has appeared only to stultify the fluidity and ingenuity behind him. Thus, his absence from the win over Middlesbrough due to injury was seen by some as an opportunity rather than a risk.

Lasogga’s unavailability gave Roofe a chance and he took that chance with both hands, or feet. He completed more dribbles than any of his team-mates, while his runs into the channels, dropping deep and desire to get in behind made him a constant threat to the opposition back line.

The heatmaps below help to give a better idea of what the two players bring to the team. Against Middlesbrough, Roofe did the majority of his work in the left channel. 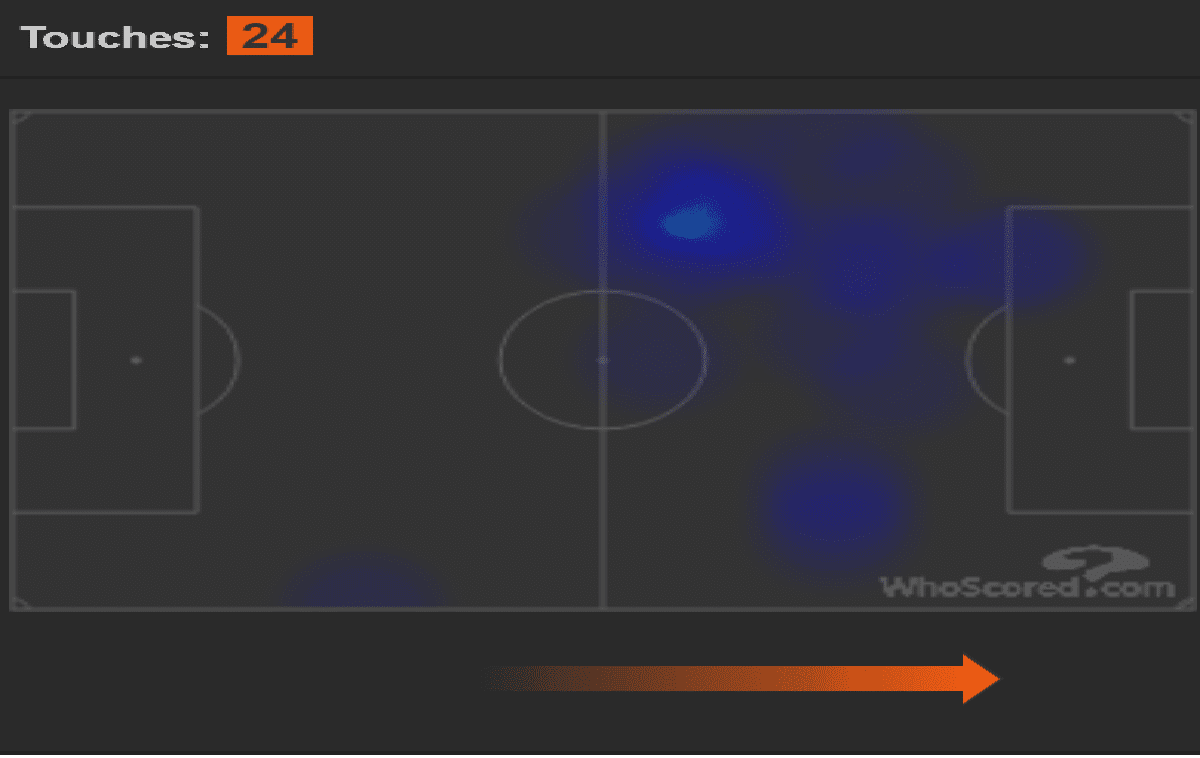 However, Lasogga’s heatmap, below, taken from his match-winning display against Derby County, shows him to do the majority of his work in or around the centre. 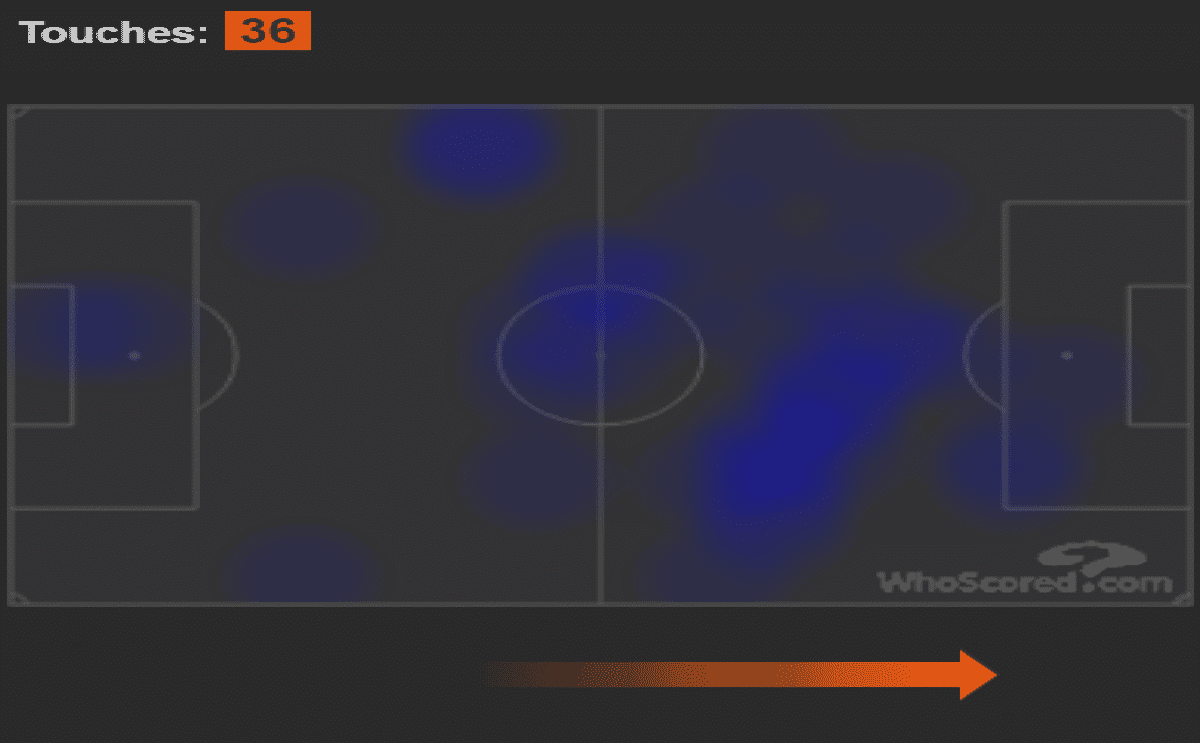 The above graphics illustrate that Roofe is a more dynamic striker than Lasogga. And, according to the statistics, he is also more rounded. While he attempts fewer shots per 90 minutes, his accuracy is 31 per cent higher.

WHAT ROOFE BRINGS TO THE LEEDS ATTACK

Roofe is not without experience as a striker. Indeed, he played up front in his one full season with Oxford United, where his form led to Leeds signing him for a fee of just over £3million.

In that campaign he scored 17 goals in 40 league games, averaging 0.43 goals per match. But, with nine in 11 appearances as the line-leader, he averaged 0.82 per game as a striker.

Those numbers offered evidence that the 24-year-old, who came through West Bromwich Albion’s youth academy, had what it took to play effectively as a striker. And, while the goalscoring form of Wood prevented him from having this opportunity during his maiden year at Elland Road, the New Zealander’s sale has offered him a chance to prove himself as an out-and-out No.9.

In three league games as a striker this season, Roofe has scored two goals. He also bagged a hat-trick from this position in an EFL Cup win over Newport County, after which he professed his love for the role. “It’s my preferred position, down the middle and up front,” he told The Yorkshire Evening Post.

Noel Whelan, who played for Leeds in the early 1990s, believes that Christiansen should persist with the more fluid of his two striking options. “Stick with what we’ve seen,” he said. “I like a striker that can work the two centre-halves…going in behind, running channels, taking them diagonal into areas they can't go because they want to keep that solid back four and that shape.

“I think sometimes when we get the big man (Lasogga) up front…it falls right into the hands of the centre-halves. That's what they want, they don't want to be moved out of position, they want to just come on and head the ball back. I don't like it.”

As Whelan mentions, Roofe brings more to the Leeds attack than Lasogga. He has the mobility to stretch opposition defences and is comfortable moving away from central attacking areas in order to combine with team-mates.

All of the above make him perfect for linking play with the technically gifted attacking midfield trident of Saíz, Alioski and Pablo Hernandez. He also defends from the front, instigating the press by closing down the opposition centre-backs.

The statistics show that Roofe could bring goals to the team if he started consistently up front. He would also offer greater variety to Leeds’ attacking game, making them tougher to predict and thwart. As a result, Christiansen finally has a No.9 that suits his style.