When Chelsea sealed a £50million deal with Napoli for Italian midfielder Jorginho, it was believed to be a huge deal for Maurizio Sarri and how he was going to rebuild the Blues.

Yet, despite the 2-1 win over Newcastle United on Saturday, there has to be a thought amongst the home fans: should they expect more from the central midfielder?

When scrolling through social media, it’s clear the backlash, after the initial fawning period, has begun.

Crowd fully turned against Jorginho today. Been coming a while. He’s just not Chelsea is he

Jorginho passes for the sake of passing. No vision. No foresight. #cfc

During the match the 26-year-old completed his 2000th Premier League pass, but has yet to register a single assist since his arrival.

He may not have set the world on fire, but he still managed four for Napoli.

Rather than judge the Italy international on a few games, it’s worth looking at his numbers in Serie A to see how they compare.

Although it’s a different league, they were produced under Sarri’s guidance and he was brought to Chelsea to do a similar job.

It may not seem possible, but he completed more passes last season, going from 96.62 accurate passes per 90 to 88.91 this term.

Alarmingly, his open play key passes have dropped from 1.41 per 90 to just 0.56. On Saturday, when the Blues needed an accurate long ball, like David Luiz’s pass to Pedro for the opener, they came from the defence, not the midfield.

At Chelsea, compared to his Serie A numbers, Jorginho is behind in terms of chances created, forward passes, total passes, long balls, even tackles and interceptions. 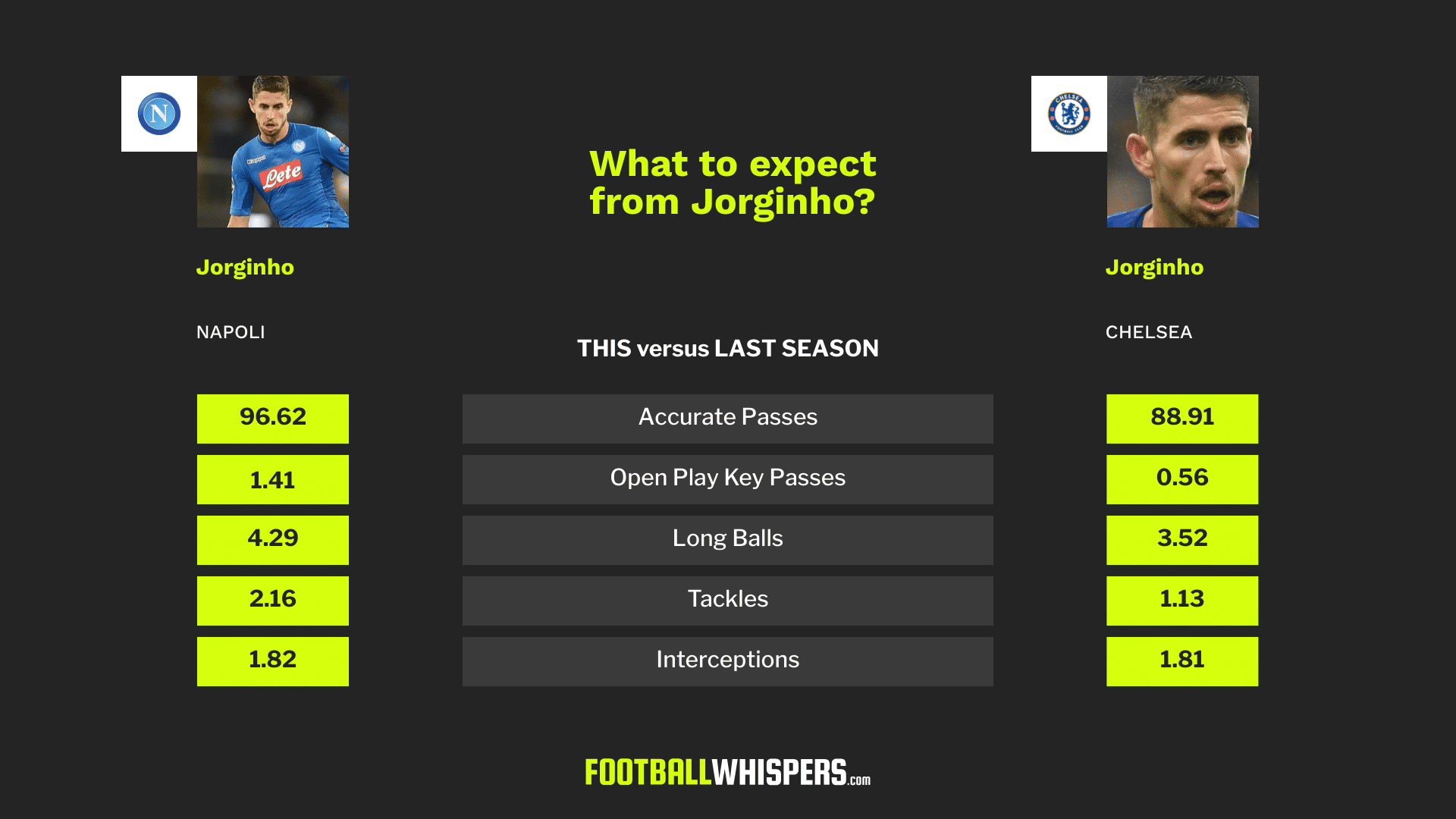 The only category he has improved on, according to the Football Whispers Lab, is accurate through balls, which has increased from 0.30 to a spectacular 0.31.

Looking at his Chelsea persona, compared to last season, they are very similar, except from one tiny difference. Chance creation. 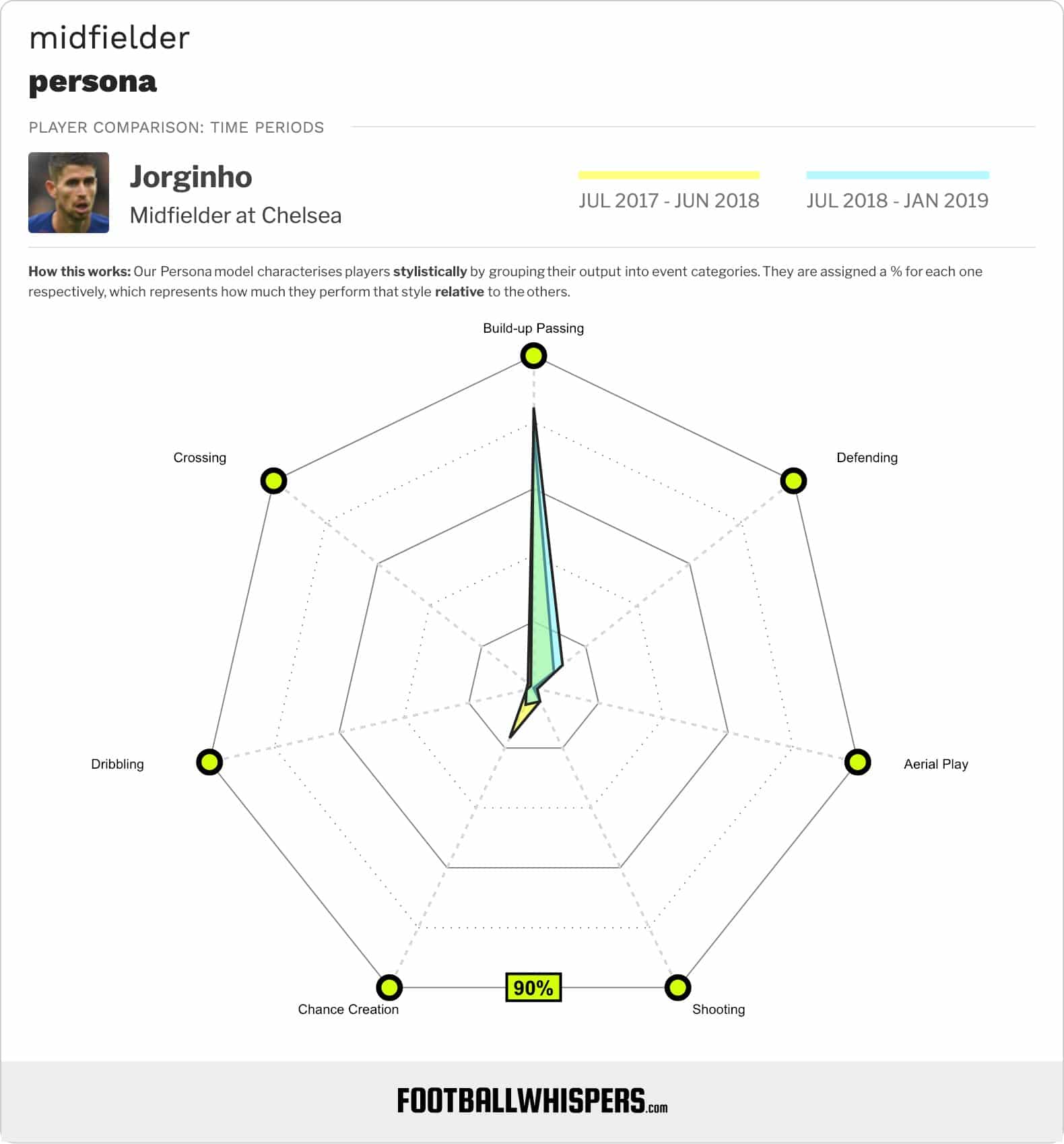 As Adam Newson wrote recently, Sarri-ball has encountered some problems recently and although they picked up all three points on Saturday, they could easily have drawn a game where they dominated possession.

“The Blues are playing fewer passes, are taking fewer shots, are creating fewer big chances and are winning possession in the attacking third far less often per match since the defeat to Spurs.”

If they are to get back to a place were they are creating more chances and pulling teams apart, perhaps the first place to look for answers is towards their summer signing.