The latter stages of Claude Puel's reign at Leicester City may have sucked the life out of most fans, but the club did complete one of the most eye-catching transfers of the season under the French coach.

Securing the services of Youri Tielemans was a tremendous coup. He joined on loan from Monaco for the remainder of the campaign with Adrien Silva, who failed to make an impression at the King Power after his move from Sporting Lisbon last summer, going the opposite way.

But in stark contrast to the 29-year-old, Tielemans' impact has been considerable. A mere four weeks and four appearances on from his arrival, there is already talk of a £40million permanent move.

The Belgium international, 21, has notched two assists in his last two games and looks set to be a mainstay in the Foxes midfield during the embryonic stages of Brendan Rodgers' reign.

Of course, Tielemans is just the latest in a string of impressive recent additions at the King Power Stadium. James Maddison and Ricardo Pereira, both signed last summer, have bright futures while Harry Maguire has become a hugely influential figure at the club following his £13million move from Hull City in 2017.

And, if Leicester play their cards right, they may land the former Anderlecht man on a permanent basis.

Perhaps understandably, the 2016 Premier League champions will balk at Monaco's hefty asking price but considering Silva's swift impact at Monaco, there will perhaps be a possibility of moving the Ligue 1 side down from £40million.

But, despite the potentially club-record outlay, it's an avenue Leicester should definitely explore. Like Maddison and Pereira, Tielemans has not required much time to showcase his potential.

He was lauded for a stellar performance on his debut. Despite losing 3-1 to Tottenham Hotspur, he stood out in the Leicester's midfield, covering more ground than any of his teammates while creating two goalscoring chances.

His next outing was a brutal home debut as the Foxes lost 4-1 to Crystal Palace.

Such a chastening introduction to English football failed to rattle him, though, starring in the 2-1 win over Brighton, sliding a perfectly-weighted pass into Demarai Gray for the opener. 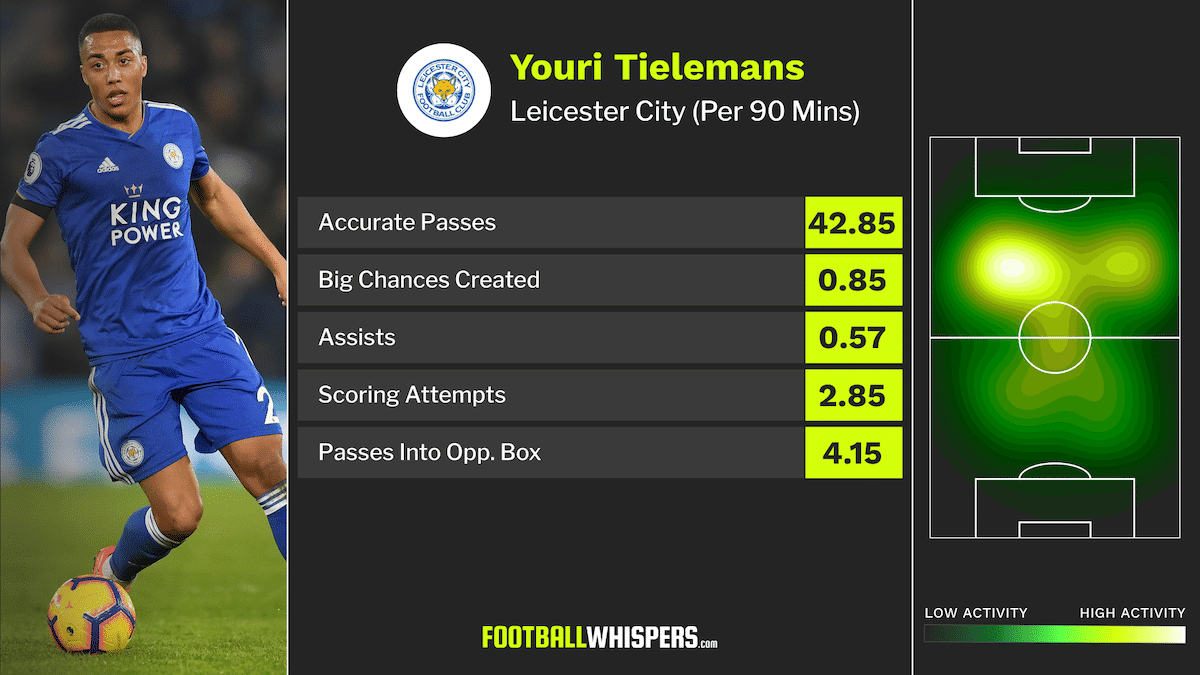 Another dead-eyed pass produced an assist for Jamie Vardy against Watford and it's testament to Tielemans' swift impact that he is being discussed as a £40million player despite winning one game for Leicester.

But from watching him instantly exert his influence on this side, it's clear the Belgian can offer the Foxes something they don't have; a link between the lines of defence and attack.

Against Watford, Tielemans impressed in Rodgers' 3-4-2-1. A better passer than Wilfred Ndidi, he was often the one to find Harvey Barnes or Maddison in behind Vardy. 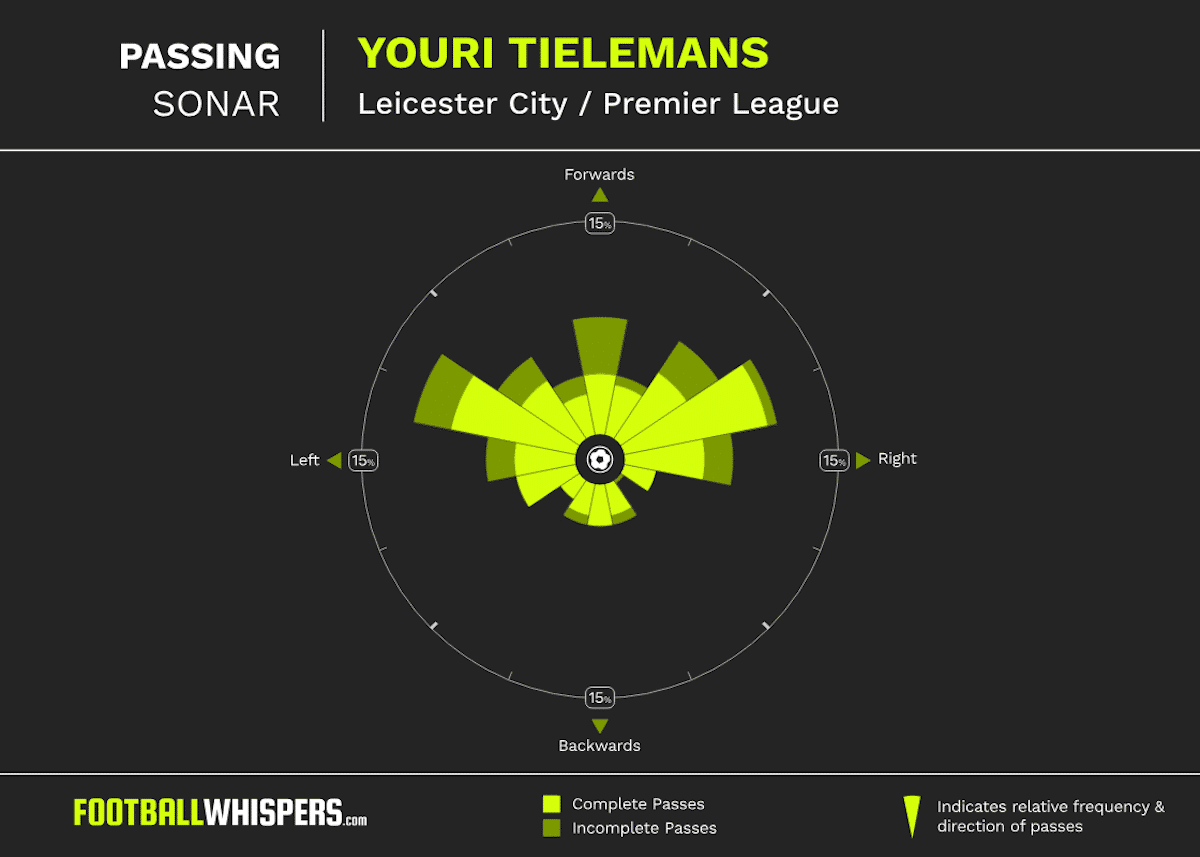 Tielemans is a more creative, dynamic player than Ndidi or Nampalys Mendy, both of whom are efficient ball-winners. While the 21-year-old has a hefty price-tag, it's already clear he can be a player around whom Rodgers can build his Leicester team.

The Foxes haven't always had the best of luck with record signings. Andrej Kramarić, Ahmed Musa and Islam Slimani all failed to carve out careers at the King Power. After an assured audition, Tielemans looks a much safer bet.