Tianjin Tigers were soundly beaten 3-1 by top-spot chasing Shanghai Shenhua at home. Changchun Yatai remained in the race for the top spot by beating Beijing Guoan with a comfortable 2-0 score.

Changchun Yatai have been in impressive form especially in home matches. The team, though, are aiming for their first away victory since April, but Tianjin Tigers’ form should give a lot of hope for the visitors. In the last five league encounters, Tianjin Tigers have suffered three losses and their only success came against strugglers Wuhan. Even though the head-to-head numbers between the two clubs show a different story with Tianjin Tigers managing two wins in the last four meetings, recent form has a big say in this match.

Game to witness over 2.5 goals

Since the restart, Tianjin Tigers have been predominantly involved in high-scoring matches with the goalless draw against Beijing Guoan being the only exception. Changchun Yatai may not have an exceptional scoring touch on the road, but the defensive mistakes committed by Genwei Yu’s men.

The Tigers might be a whole seven points behind Changchun Yatai, but the two teams do not have a great deal of separating factors in terms of scoring goals over the last three matches. Changchun Yatai’s two clean sheets in these three games have been at home, but the same defensive strength may not be seen in a way matches.

Tianjin Tigers vs Changchun Yatai – Odds and Stats for the Game

Tianjin Tigers need to make more use of their home form to get away from the threat of being dragged to the bottom by the likes of Dalian Pro and Wuhan. The club have been able to make use of their home game against Wuhan to keep themselves above the bottom, but the comfort may not last for long due to the lack of a cushion.

Changchun Yatai need to keep working hard on the toes of Shanghai Shenhua and Shanghai Port. The two clubs are only a win away from being caught and Changchun Yatai have done extremely well so far to keep themselves in the mix of the top two teams. 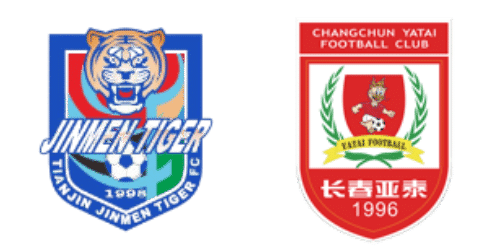