Tianjin JMT take on Rongcheng in the Chinese Super League on Thursday, June 16th. Two clubs in poor form meet at Wuhua Hengpi Football Town. Read our free predictions and find the latest odds for the fixture below in our detailed match preview.

Both Tianjin JMT and Rongcheng go in search of their first victories of the new Super League campaign on Thursday. Read our top three predictions for this week’s fixture below.

Newly promoted Rongcheng collected their first point of the campaign with a 0-0 draw at Cangzhou Mighty Lions last time out and with a timely confidence boost administered, Seo Jung-Won’s side could be tough to topple on Thursday. Tianjin have made a slow start to the season and they have failed to win any of their first three assignments. With a kick in their step, Rongcheng look well-positioned to avoid defeat again against their struggling hosts, so back the visitors in the double chance market.

With just two and three goals notched in three fixtures respectively since the new season got under way, it’s fair to say that Tianjin JMT and Rongcheng have yet to get going in attack and Thursday’s tussle between the sides could be a low-scoring encounter as a result. Four of the six matches featuring the clubs have produced under 2.5 goals and we’re tipping this week’s fixture to follow suit.

Top Betting Odds and Stats for Tianjin JMT vs Rongcheng

Check out our list of the best stats for Thursday’s match below alongside a tool to help you choose the best odds.

Below, you can discover all of the latest team news and injury updates for Tianjin JMT’s meeting with Rongcheng in the Chinese Super League on Thursday.

Tianjin JMT were beaten 1-0 by Beijing Guoan on Monday and their search for a first win of the season goes on this week. Zhou Tong was withdrawn just after the half hour mark on Monday and the midfielder could miss out on Thursday through injury as a consequence.

Abduhamit Abdugheni and Gou Junchen are still out suspended for Rongcheng, though Chow Tim should be back in contention having served a ban. Rongcheng posted a first point since their promotion last weekend and they will hope to use that as a platform for more success on Thursday. 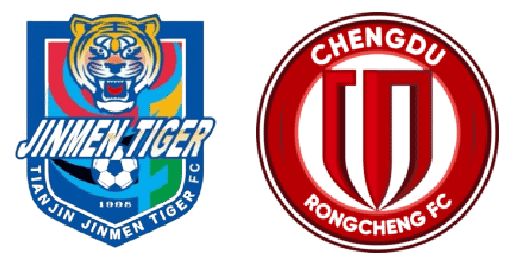 Who is Tianjin JMT’s manager?

Yu Genwei is in charge at Tianjin JMT having taken the reins in April last year.