The future of Mesut Ozil is up in the air. The Germany international’s contract with Arsenal expires in 2018 and there has been concerted speculation that he may not agree to a new one. Recently, the player spoke to German football magazine Kicker about his plans, emphasising how important the role of the manager was in his decision-making.

“I want to be clear on what [Arsene] Wenger is doing,” he said. “I feel very, very happy at Arsenal and have shown the club that I am prepared to extend my contract. The fans want me to stay. Now it’s just down to the club.”

The last sentence only furthers the notion that, while satisfied, Ozil has demands that must be met before he agrees to sign a new deal with Arsenal. However, even if he does stay, his place in the starting line-up is not as clear-cut as it was before. This is due to a sequence of poor performances that have seen suggestions that he may be dropped.

The 28-year-old has only had a hand in three goals in his last 10 appearances in all competitions, and he hasn’t scored since December. And, following Arsenal’s recent 2-0 win over Hull, Wenger stated his belief that the player wasn’t quite at the top of his game. 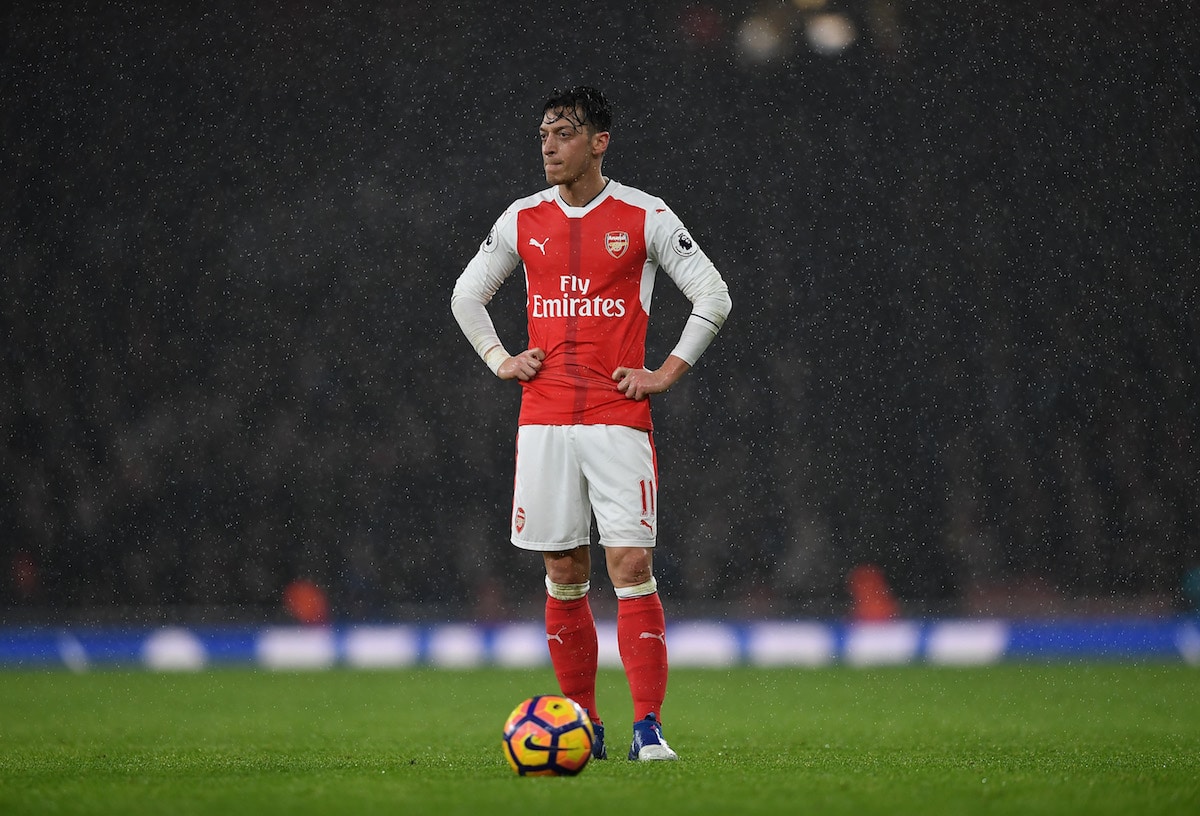 “I felt he was not completely confident technically,” the Gunners’ boss said. “That’s a problem because you think he can deliver something special … He needs to find confidence again. He misses chances that don’t look unfeasible for him.”

Arsenal may need to look into replacing Ozil in the near future. And, if they do so, they need not immediately make moves in the transfer market, as there are a number of potential internal solutions that would not involve breaking the bank to sign a new player. 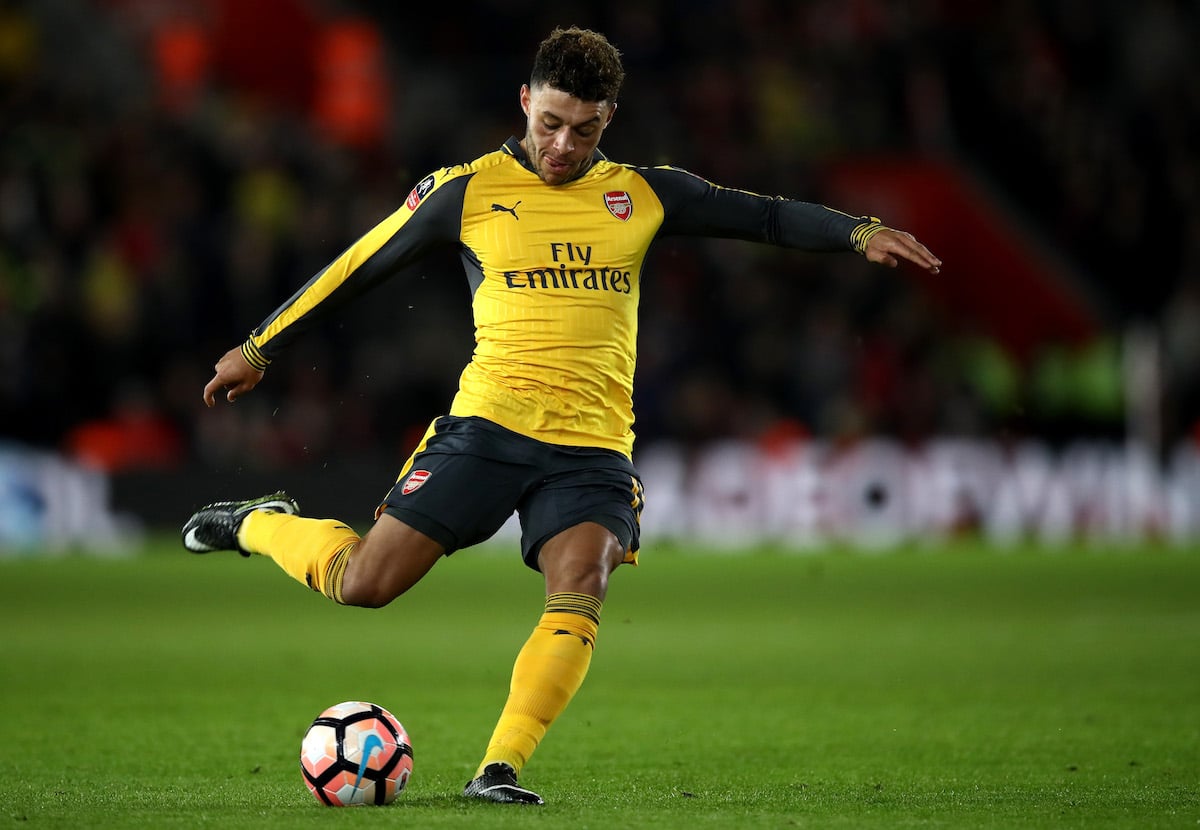 While Alex Oxlade-Chamberlain began his career as a winger with Southampton, the 23-year-old is set to move into a more central role going forward. Indeed, in recent weeks he has impressed as a stand-in central midfielder for Arsenal, covering in the absence of Santi Cazorla and Granit Xhaka through injury and suspension respectively.

Wenger has confirmed he feels Oxlade-Chamberlain belongs more centrally, stating that: “The future, personally, I would say is more central than on the flank for him.” And the player would bring some exciting traits to the attacking midfield role were he to replace Ozil.

The versatile creator is highly effective in one-on-one situations, with his control of the ball and ingenuity making him one of Arsenal’s best players when it comes to beating a marker. Indeed, only Alexis Sanchez has completed more dribbles this season than Oxlade-Chamberlain’s 2.1 per game.

His ability to glide past opponents is an important trait when operating in and around the final third, as is his energy, which would allow him to move constantly in search of pockets of space.

Oxlade-Chamberlain possesses the raw technical materials needed to fill the role, though tactically there are some aspects that he would need to develop in order to perform it well.

As a player who constantly seeks the ball, he would have to adjust to being comfortable playing behind the opposition’s midfield line, offering a forward pass, as opposed to dropping deep to collect the ball. He would also have to grow used to releasing the ball rather than holding on to it, finding team-mates instead of dribbling forward himself.

However, although he needs to refine his game to fit the attacking midfield berth, Oxlade-Chamberlain would also bring something new to the role that his rivals, and Ozil, do not have, namely work ethic. A relentless runner with real pace and athleticism, he is a willing defender who could help Arsenal to press higher up the pitch. 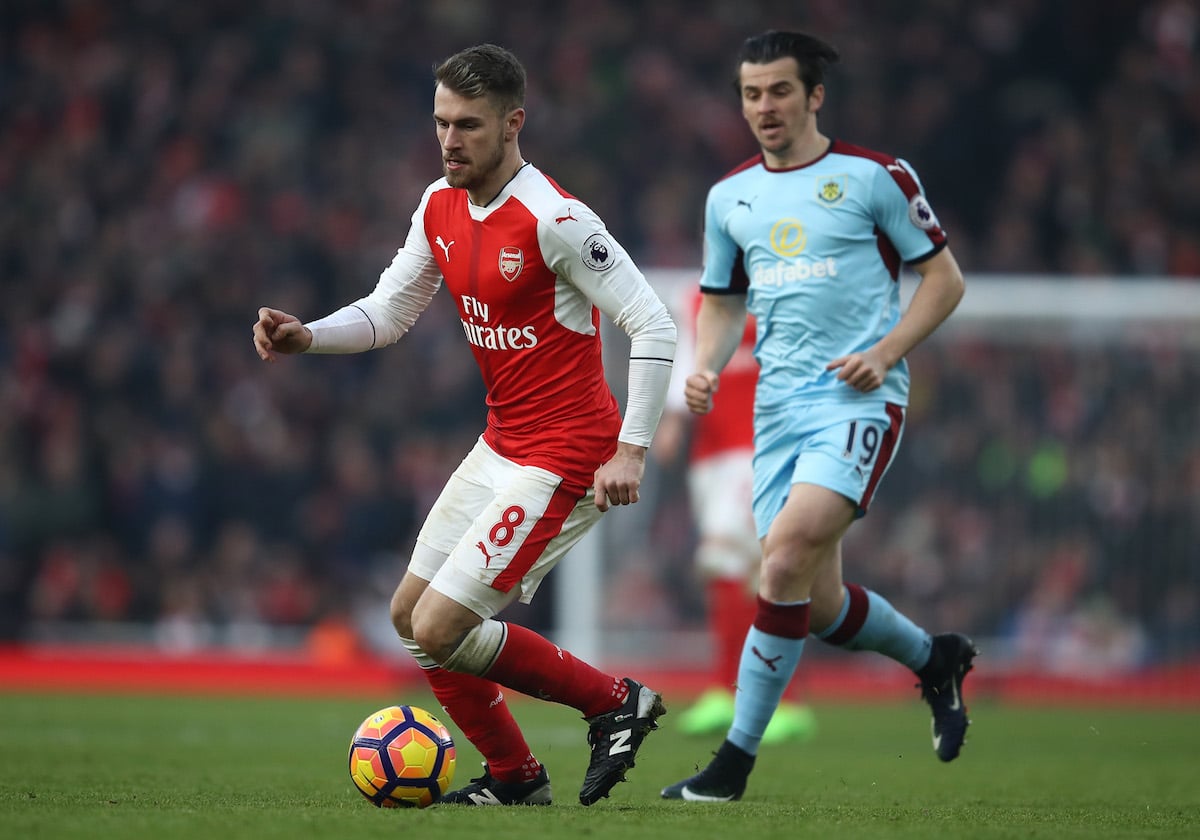 Aaron Ramsey is undoubtedly the most obvious internal replacement for Ozil within Arsenal’s current 4-2-3-1 setup. The Welshman is a smooth technician with outstanding touch and a natural inclination for drifting into space higher up the pitch.

However, in recent seasons he has often been constrained to more rigid, defensive right wing and central midfield roles that accentuate his weaknesses and minimise his strengths in order to accommodate Ozil.

Now, with the German’s form and future uncertain, Ramsey could finally receive the opportunity to take up the attacking midfield role at Arsenal. But, in order to do that, the 26-year-old will need to re-find his best own best form.

After an exceptional last summer spent leading his country to the semi-finals of Euro 2016, the general consensus was that Ramsey was finally set to fulfil his immense potential upon returning to Arsenal. Instead, he has only continued his decline at club level, something highlighted by his drop-off in chances created.

If Ramsey can add end product to his elegant distribution, he could be a serious contender to replace Ozil in Arsenal’s line-up. 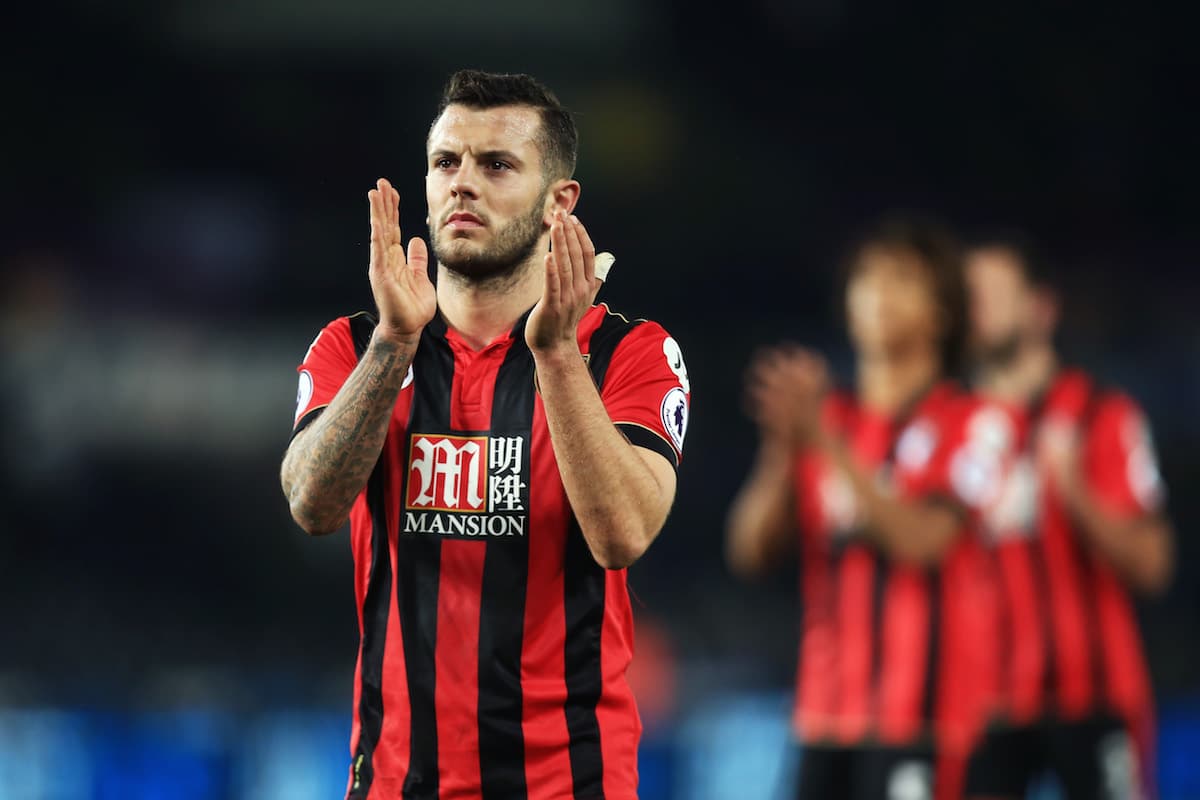 Rewind back six years, and Jack Wilshere was thrilling Arsenal fans with a remarkably mature individual performance in the Camp Nou as their side exited the Champions League to Barcelona. At just 19 years of age, the midfielder was the only player in red who wouldn’t have looked out of place in the home team’s line-up, what with his composure in possession, refined passing and attitude without the ball.

Unfortunately, back in the present, Wilshere is 25 years old and is on loan at Bournemouth trying to rediscover the displays that once made him one of the most talked about young footballers on the continent.

The mercurial playmaker is doing a good job of it though. Under Eddie Howe’s auspices, he has been utilised in a more advanced role behind the strikers, and he has thrived as a result. With 2.5 completed dribbles and 1.5 key passes per game, Wilshere has been the Cherries’ most efficient creative force by quite some distance. It’s been enough to suggest he deserves another chance with Arsenal, where he could perhaps continue in his current attacking midfield role.

Freeing Wilshere of the responsibilities associated with playing in central midfield may give the player a new lease of life. And, with better players around him, he has the passing, vision and technique to make things happen in Arsenal’s attack.

Wilshere has a higher shot accuracy than any of Ozil, Oxlade-Chamberlain and Ramsey, with 53 per cent of his efforts hitting the target. In addition, only Oxlade-Chamberlain has completed more of his dribbles this season. This precision could see him work well behind the likes of Sanchez, Olivier Giroud and Theo Walcott.