Thomas Tuchel is the latest coach to be touted as the next big thing in football management and his credentials are impeccable. At just 42, he’s making strides with Borussia Dortmund, and despite their shock loss to Liverpool in the Europa League the team is definitely heading in the right direction.

An obvious parallel would be with Jurgen Klopp who he eventually replaced at Dortmund, but let’s not get ahead of ourselves. Both men cemented their reputations at 1. FSV Mainz 05, and that’s where we’ll begin the story.

After his career ended with under 100 appearances due to injury, it took just two years for Tuchel to get back into the game. VfB Stuttgart is where he began his coaching career with youth sides back in 2000, but it was still seen as a massive shock when he was named as the manager of Mainz in 2009.

He had worked with their youth team previously, but they were relegation candidates when he took over the role that had previously helped to propel Klopp to stardom. He quickly solidified their position in the Bundesliga and the side qualified for the Europa League in his second season.

He left them as an established mid-table team in 2015. 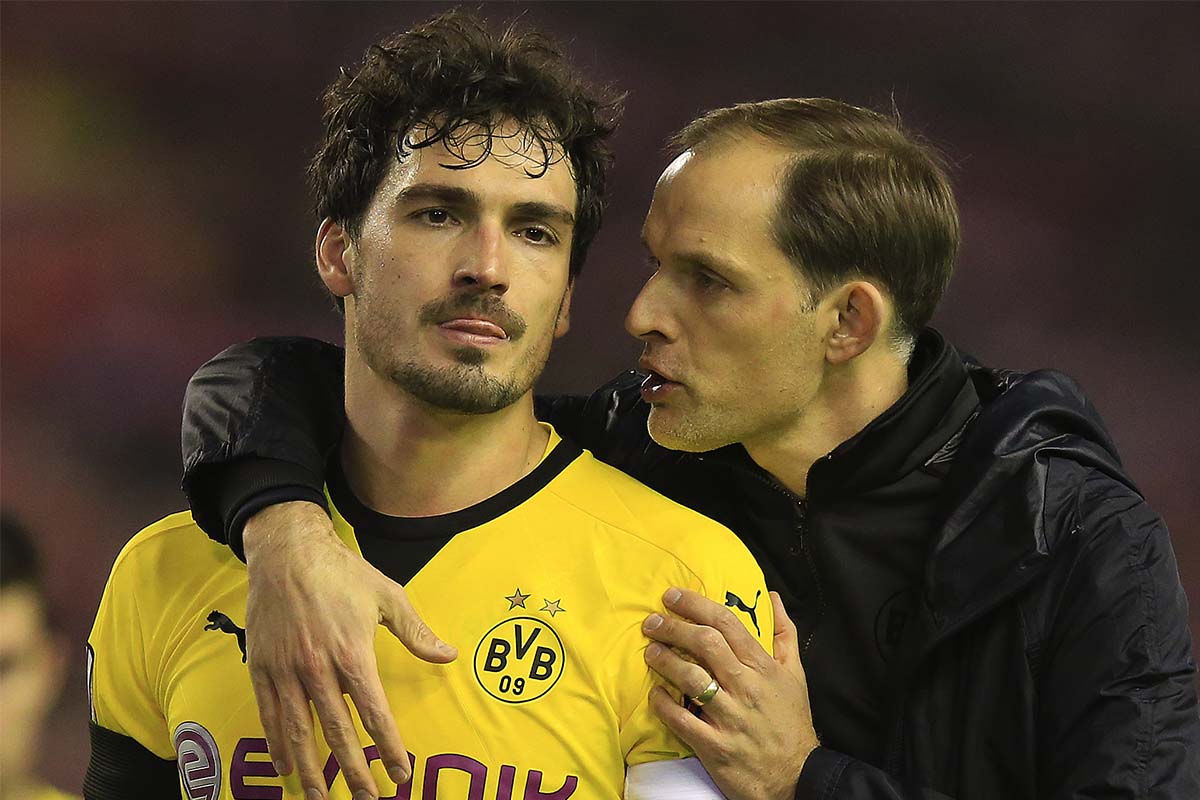 Tuchel is known for his extensive research and reports on the opposition, which tends to help his teams have an edge over opponents, while he’s a fan of the pressing game utilised by his predecessor. (With a few modifications to allow for more possession and less dribbling.)

It’s easy enough to dismiss Tuchel as a carbon copy of Klopp, but it’s hardly fair. It’s true that there are similarities between the two men, but Tuchel continued to improve the squad, and he deserved the move up to a more prestigious team.

He ended up arriving in the wake of Klopp once again, after the Liverpool manager left Dortmund in 2015 saying that he was no longer the perfect manager to take the club forward.

It’s where Tuchel is currently making headlines, and they’re all for the right reasons. Dortmund were widely acknowledged as the strongest side left in the Europa League before the Liverpool game and they’re putting up a good challenge in the Bundesliga, where they’re second to Bayern Munich.

Tuchel’s win ratio is over 75%, showing that he managed to keep up the work started by Klopp, who is definitely a hard act to follow. He built upon the latter’s success and modified the team's style of play to allow for more control. Dortmund are a wonderful side that continue to improve, although at this rate Tuchel is laying the groundwork for his impending departure.

If he ever gets the chance to step out of Klopp’s shadow, it’s interesting to see where his next move will be. A lot will depend on whether or not he’ll be able to take the squad to the next level, and a league title would be a sure-fire way to do so. (Though it’s unlikely to happen this season.)

Younger managers might be the flavour of the month, but Andre Villas-Boas’ torrid time at Chelsea and Tottenham shows that it’s not always easy to make the switch to another league and replicate results.

Klopp himself has done little to improve the points tally at Liverpool, but he has brought optimism to the stands, and there’s a sense of progression after the missed opportunities of the Brendan Rodgers era. 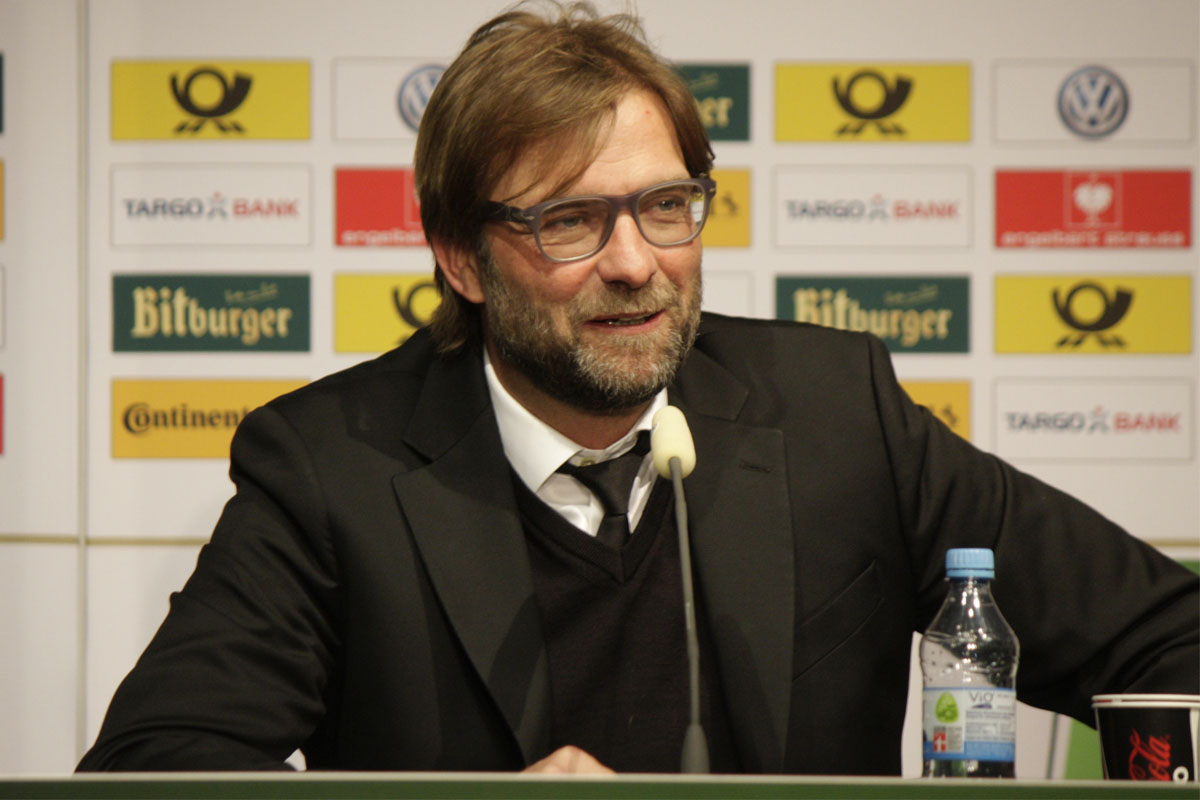 The Reds are also in the semi-finals of the Europa League, and fate decided he would have to best his old team if he wanted a chance at lifting the trophy in the previous round. It’s clear that he wasn’t keen on catching up with his former side;

“Dortmund? Of course not. Why should I want the strongest team in the tournament in the next round? I'm not so silly. But if we go there then we try to win.”

Somehow, they managed to persevere on a famous European night at Anfield. For now, it’s best to wait until Klopp draws in his preferred personnel before passing judgement, but there was a chance for Tuchel to strike a devastating blow to the man he follows. It was the perfect opportunity to beat the master at his own game, which much of his old side ready and willing to stick the boot in. In the end, Klopp had the last laugh.

Tuchel continues to impress, but it’ll be a hard task if he wants to improve on those Bundesliga titles won by Klopp five years ago. Beating Liverpool would have been a great triumph, but the win doesn’t mean that Klopp is a superior version. Similar styles and identical teams only tell half the story, so it was down to a tactical edge when they met in the Europa League.

Klopp may have charisma in spades, but there’s no rule that says successful coaches need to be emotive. Tuchel is nowhere near as camera friendly as his counterpart. Instead, he’s an intelligent coach who looks to exploit weakness in his opponents and he’s not afraid to speak his mind. It’s a great combination of attributes, that allows him to calculate everything quickly.

Just ask Adnan Januzaj, who was chewed out publicly after he terminated his loan deal early. The manager said that “a part of him always remained in Manchester” and essentially questioned his dedication to the cause. You don’t want to get in his bad books.

It used to be that experience was respected when it came to choosing a manager. Young, vibrant coaches in the mould of Pep Guardiola tend to be risky, and they don’t always pay off. Then again, Tuchel would definitely be worth a punt, and it’s likely that his next move will see him move up to a European heavyweight. As long as it isn’t Liverpool, he’ll finally have a chance to dispel the comparison with Klopp, and make his own mark on the game.