Scott McTominay has always been popular with Manchester United managers.

At the end of the 2017/18 season, José Mourinho created a special award ‘Manager's Player of the Year' award to recognise the rangy midfielder's displays.

“This kid cannot go home without an award,” Mourinho said. “Scott gives to every other kid the belief that their dream can arrive. This player gives everything.

“For me there are not young players or old players, it's about the quality of the personality and this kid has everything I want, so I think that it is good for the younger boys in the academy to look at him as an example.”

It was viewed as a cynical move by the Portuguese. One made with an ulterior motive – namely, to underline his disappointment at some of the club's bigger names. But then, even playing the Lancaster native was seen as a way of deflecting, relieving some of the pressure on him as his United side faltered.

But Mourinho was far from McTominay's only ally at Old Trafford. Ole Gunnar Solskjær is also a big fan of the 22-year-old who has started all ten of United's Premier League fixtures this season. Marcus Rashford is the only other outfield player to do so.

Again, though, cynics claim McTominay's inclusion is based on his status, rather than footballing ability. Promoting youth has been one of the pillars of Solskjær's reign and has earned the Norwegian patience from supporters where other coaches might not have been so fortunate. 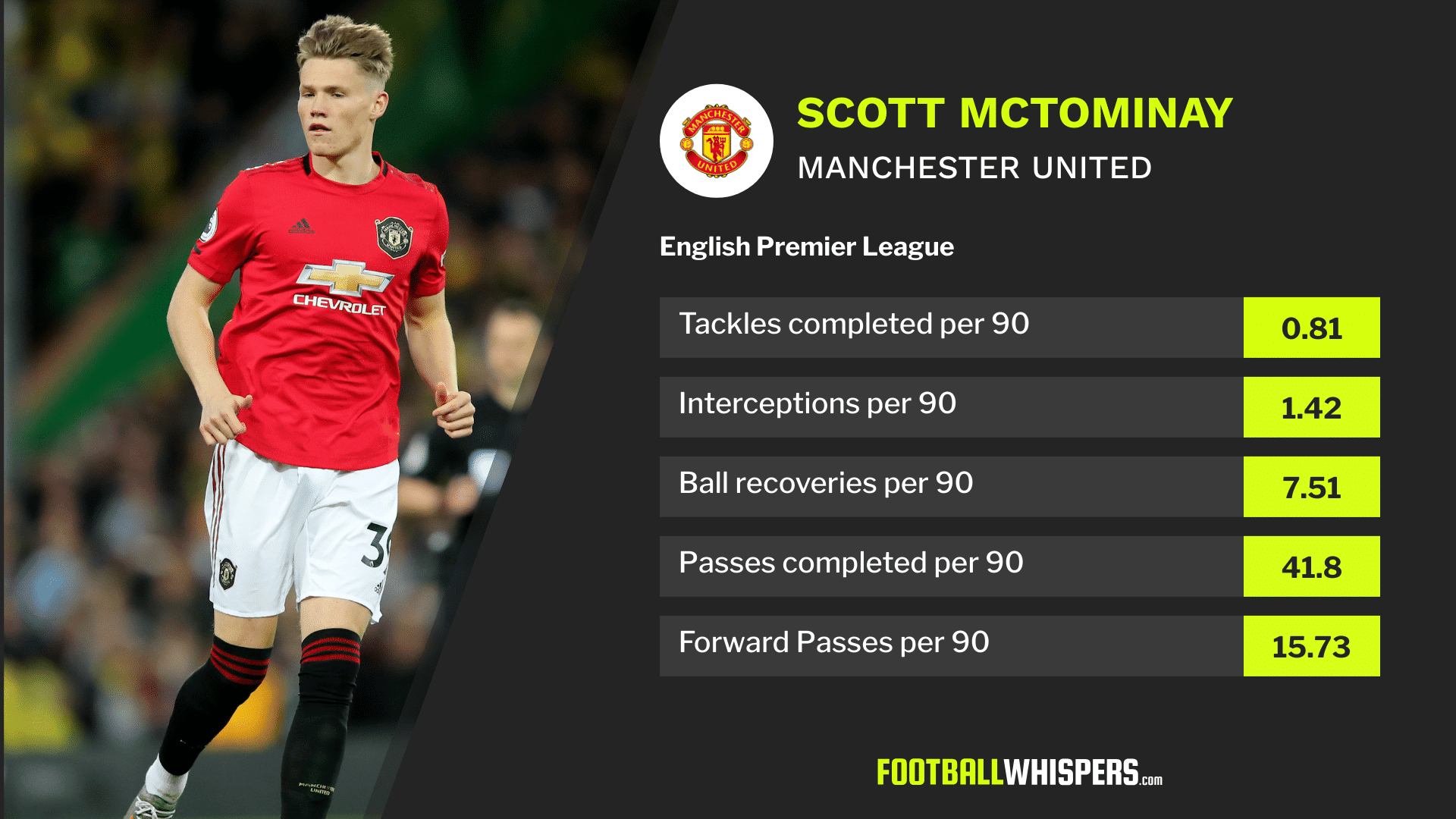 But in recent weeks the skeptics have been hushed. McTominay has been striking out on his own with his performances alongside the equally maligned Fred ensuring United have not missed club-record signing Paul Pogba.

Solskjær recognises the Scotland international's quality, too, saying: “He's been excellent. And he and Fred have a good relationship. They've played well together, they did that last season at PSG, there were a few games there when we had a few injuries and now they're working as a pair.

“But Scotty's a leader, a Manchester United boy, he's come through the ranks, you can see he's been a striker with the goal he scored at Norwich on the half-turn. But he's developing into a very good midfielder.”

There is no getting away from the fact his evident passion for United enhances how he is viewed by the club's supporters. Fans, after all, love few things more than seeing someone who transmits their enthusiasm and affection for the club onto the field with them.

McTominay was visibly moved after United dumped Paris Saint-Germain out of last season's Champions League with a dramatic smash-and-grab in Paris but, equally, he was pictured downcast and frustrated after a 1-1 draw at relegated Huddersfield Town in May (below). 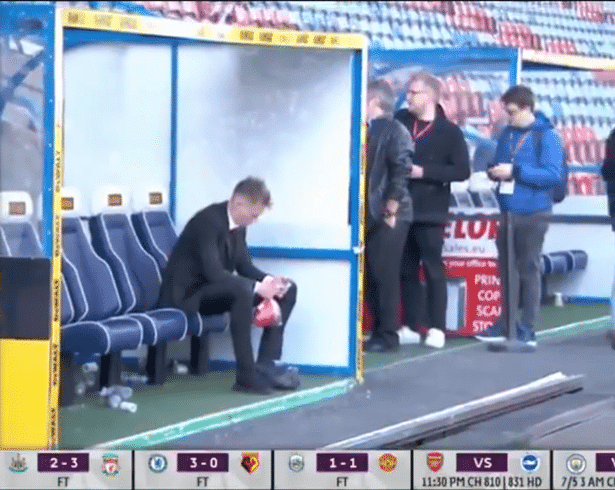 “I feel some boys nowadays are ‘I should play instantly and if not I'm leaving',” McTominay said. “That's all very well, but if Manchester United is in your blood, like it is mine, you're not ready to give up an opportunity like this easily. You fight.”

And fight he has.

In that famous win at the Parc des Princes – the game which reportedly secured Solskjær the top job on a full-time basis – he put in a phenomenal display off the bench, unsettling the visitors and fighting tooth and nail to secure United's passage into the quarter-finals.

On Wednesday he was peerless as the Red Devils beat Chelsea 2-1 in the Carabao Cup. No-one made more tackles (5) or interceptions (5) than McTominay who also completed 28 of 34 attempted passes and took 64 touches at Stamford Bridge.

This isn't a complete revision of history. There have been times when McTominay has been a passenger in matches, unable to affect proceedings and left looking lost. The fact he stands, quite literally, head and shoulders above a lot of opponents doesn't help. It's hard, also, to escape the nagging suspicion Mourinho played on the midfielder's status as a Manchester United academy graduate.

Wednesday marked the start of an 82-year run of the Red Devils including at least one academy graduate in their squad. Giving youth a chance is a proud part of the club's fabric and while Mourinho cares for little but himself he's not too blinkered to be aware of that fact either.

Right now, though, McTominay is in Solskjær's United side on merit. He ranks 20th among Premier League midfielders for possession regains in the middle third (4.56 per 90) and 11th for defensive duels won (7.28).

McTominay is still a manger's favourite, but this time for all the right reasons.