Theo Hernández is a man in demand.

The Atlético Madrid left back, currently on loan at Alavés, looks set for a summer move that could rock the Spanish capital.

He was also a Barcelona transfer target but Atleti’s city rivals Real Madrid look set to bring in the defender in the summer, according to Marca, who say he's undergone a medical.

Zinédine Zidane is thought to be a big fan and despite Los Colchoneros trying to convince him to not sign for their city rivals, with Real Madrid meeting Hernaández's €24million (£20.5million) release clause, there looks to be nothing they can do.

There has famously been an agreement between the two clubs that they wouldn’t target each other’s players in the transfer market.

As a result of the non-aggression pact, the likes of Diego Forlán, Sergio Agüero and José Giménez have all seen potential moves to the Estadio Santiago Bernabéu falter.

And by going after Hernández, Real Madrid are actively breaking this gentleman’s agreement, and perhaps unsurprisingly it has angered those in charge at the Estadio Vicente Calderón. 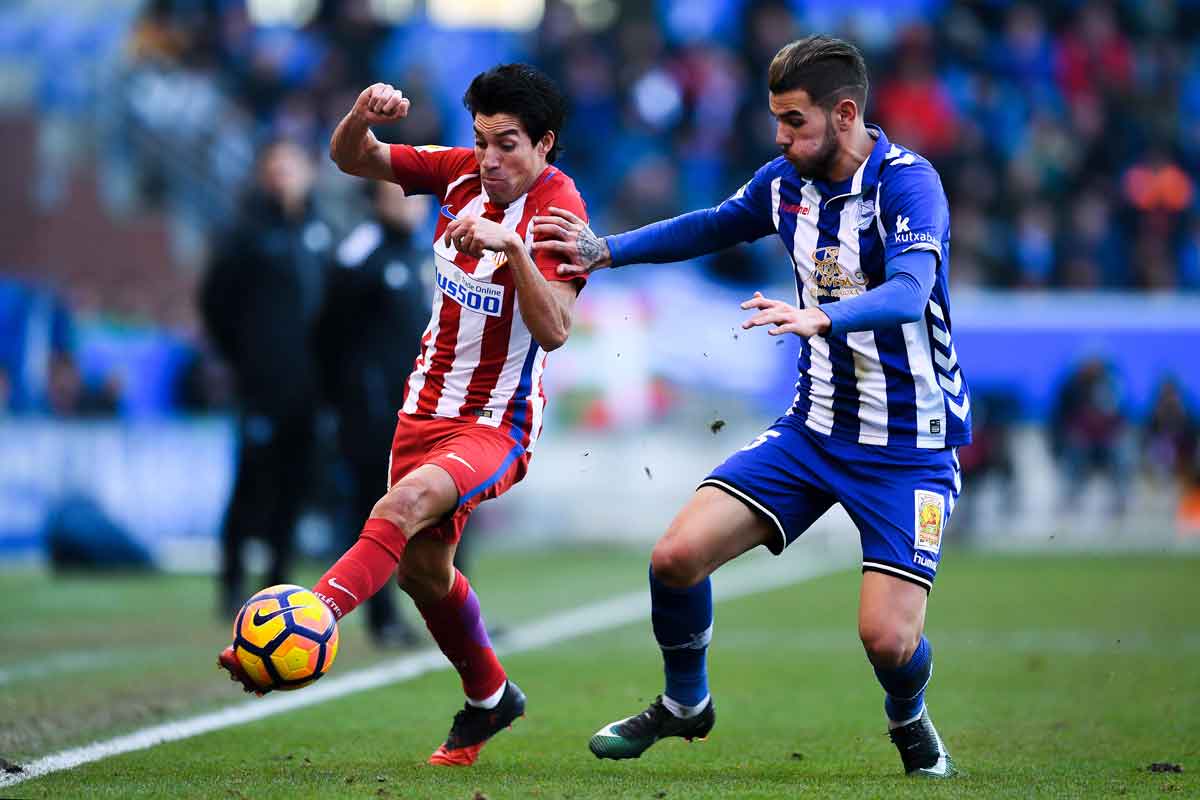 Such is the strength of the feeling from Atleti’s directors, Marca reported they were planning on boycotting the traditional meal that takes place before every derby match involving the hierarchy from both sides.

While it did go ahead, in the week leading up to the games there was real doubt over whether the meal will go ahead before the tie between the two teams.

And Real Madrid must have known this would have caused uproar when they started to pursue the move.

But that may be why.

In recent years, Atleti have become true contenders to their city rivals, winning the LaLiga title in 2013/14, and twice in the past three seasons finishing Champions League runners up to Real Madrid.

And that has probably upset the apple cart.

Los Blancos want to be seen as the biggest side in the world, and flexing their financial muscle by buying one of the most promising youngsters to come through the academy of their city rivals just shows their powers.

And if they upset anyone while doing so, so be it.

Hernández has been hugely impressive on loan at Alavés, and many would have expected Atlético to make him their long-term successor to Filipe Luis, who at 31 isn’t getting any younger.

But according to Marca, scouts who have watched him from Real Madrid have compared him to Los Merengues’ captain Sergio Ramos.

His physical power and remarkable technique have meant Los Blancos’ scouts have earmarked him as someone who could possibly play at the centre of defence.

But the physicality and technique aren’t the only similarities between Ramos and Hernández.

Like when Ramos was at Sevilla, Real Madrid will only be able to sign the player by paying his release clause, despite Hernández only playing for one season in LaLiga, like the current club captain had when he left the Andalusian club.

Ramos was also 19 when he arrived at the Bernabéu, the same age as the Atleti man is now.

If he does make the move as is being touted in the Spanish press, Real Madrid will hope he has a career as glittering as Ramos’ has been.

So how does he compare to Ramos?

Perhaps unsurprisingly given Hernández’s age and Ramos’ experience, the Real Madrid captain appears to have the upper hand when you compare league statistics from this season. 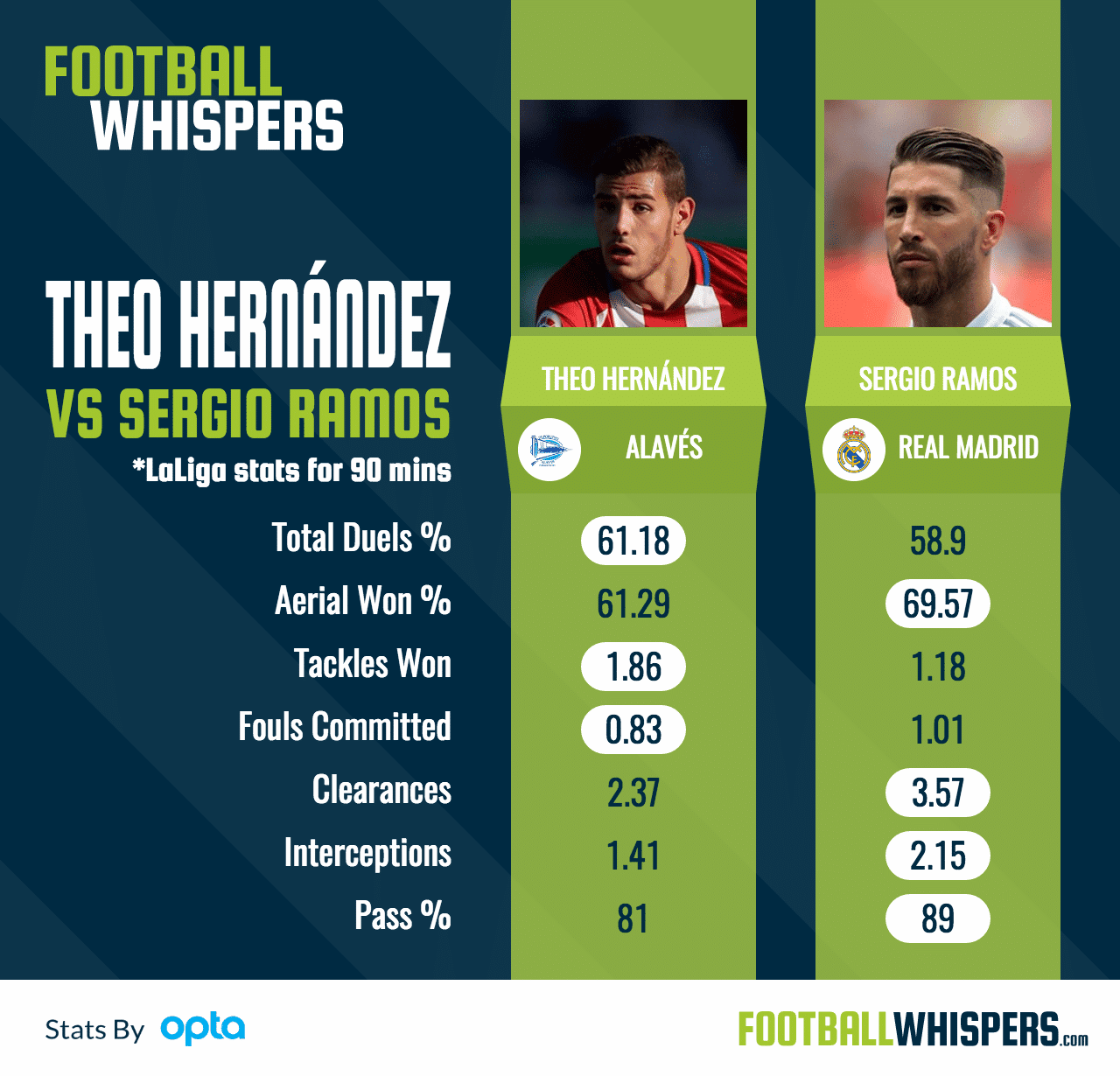 But you have to take into account that they are playing in different positions.

Ramos has played at centre-back all season while Hernández has mainly been used as a left-back. But has also been played as a left winger for Alavés.

And because of that, it only seems fair to compare him to Marcelo, Real Madrid’s current left-back.

The comparisons with the two are clear, they are both full-backs who like going forward.

In another life, Marcelo could probably have been a winger, and although Real Madrid may want to convert Hernández into a centre-back, he could definitely become a winger too.

Indeed, with three assists, he leads the way for Alavés in LaLiga and also attempts the most dribbles out of any player at the Estadio Mendizorroza this season – 100.

Edgar Méndez is next on the list of dribbles for Alavés, but he’s only attempted 60.

And if you compare Marcelo and Hernández, as with Ramos, the Real Madrid man comes out on top. But there is not a huge gap stats wise. 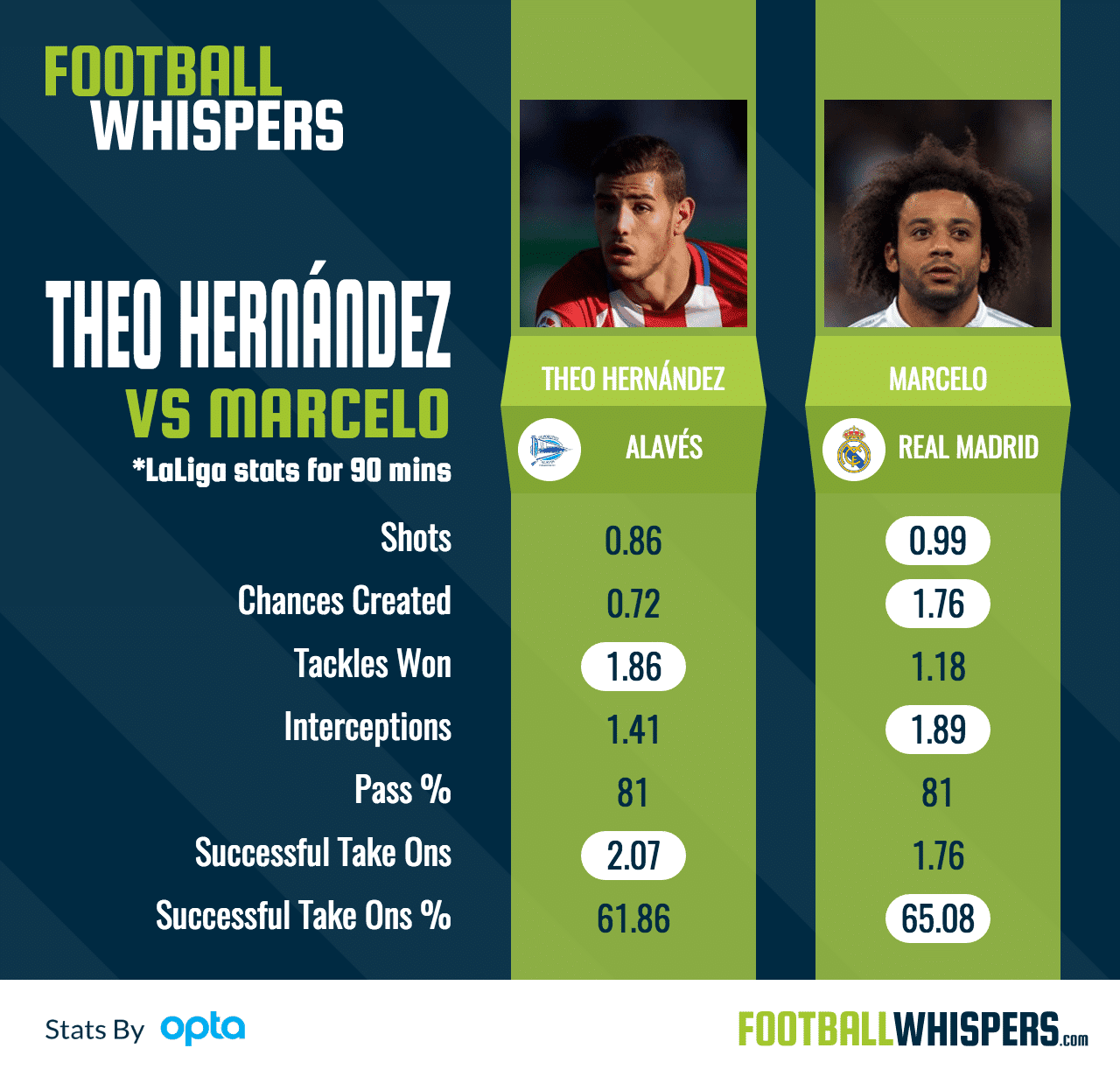 The Frenchman does in fact beat Marcelo in terms of successful take ons per 90 minutes (2.07 to 1.76), but the current Real Madrid man has a higher percentage of success in those situations (65.08 per cent to 61.86 per cent).

While you wouldn’t always say it’s time to get excited by a defender, Hernández’s potential arrival should excite Real Madrid supporters.

The Ramos comparisons may not be far off.

For the time being, he’s an exciting full-back-come-winger. But Ramos largely played at right-back before becoming a crucial part of Madrid’s team at centre-back.

Hernández has been one of the stand out youngsters his season in LaLiga, and for Real Madrid to risk their relationship with Atleti by going after him and paying his buyout clause speaks volumes.

And with his brother Lucas also under contract with Los Colchoneros, it could well make the derbies in the Spanish capital very tasty affairs indeed.