Remember Alberto Aquilani? Yes, the same Alberto Aquilani who little more than seven years ago joined Liverpool in a €20 million move, signed from AS Roma after being identified by Rafael Benitez as the perfect man to replace Real Madrid-bound Xabi Alonso? Yes, him. This week it was revealed that he would have his contract with Pescara rescinded, the 32-year-old unable to earn regular playing time at a club who sit rock bottom in Serie A with just one win in 18 games.

Rewind to the summer of 2009 and, as a long-time admirer of the Italian midfielder, Benitez was delighted to be able to bring him to the Premier League. “He’s a good passer, his final ball is good, and he also works hard,” the then-Liverpool boss told reporters at the time. “I think the signing should excite the fans.” Aquilani’s stock had risen rapidly during his time with his hometown club, having previously turned down advances from Chelsea and Arsenal to pursue his dream of playing for his childhood heroes in the famous Giallorossi shirt.

He represented his country at every level too, breaking into the full National Team during the 2005/06 campaign, the same season he established himself as a regular for Roma. On-going fitness problems limited him to just 72 games out of a possible 152 during his four full seasons with the first team, which perhaps should have set alarm bells ringing at Anfield.

It didn’t. Aquilani arrived with an ankle problem that meant he didn’t make his debut until November, with Francesco Totti’s bold endorsement of his former team-mate sounding increasingly hollow. “He is potentially one of the best players in the world,” remarked the iconic Roma captain.  “He has been unlucky with injuries so far but I believe he will do really well in England.” 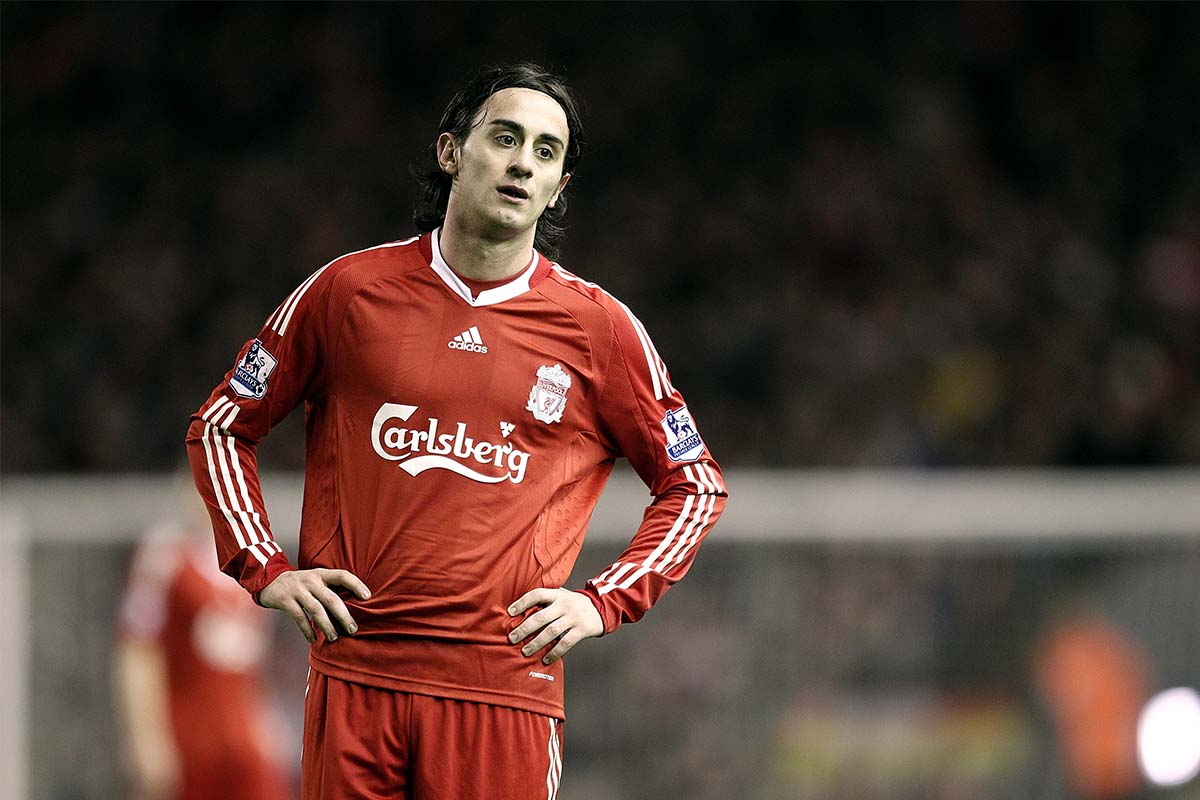 That was never going to be the case as a lack of both physical and mental toughness saw Aquilani fail to adapt to life in England, making just 28 appearances before seeking a return to Italy. Starting only half of those matches, no club was willing to hand Liverpool a swift return on their investment, and he eventually signed on loan at Juventus. The Bianconeri laboured to a seventh-place finish and a year later, faced with the prospect of handing over the previously agreed £14 million fee or signing Andrea Pirlo for free, they unsurprisingly sent him back to Anfield.

However, the decision to cut Pirlo loose created space at AC Milan who were financially struggling and seeking as many cheap acquisitions as possible. They too brought in Aquiliani on loan, agreeing to make the deal permanent for around £7 million if he hit an agreed number of appearances as the 2011/12 campaign progressed.

“It was absurd,” Aquilani said later. “I’d already played 18 games by December and only needed seven more in six months.” However, he would never reach the magic number, suffering yet another injury setback before being frozen out in order to ensure the clause in Milan’s agreement was never triggered.

The Rossoneri then signed Fiorentina captain Riccardo Montolivo on a free transfer, with the Viola subsequently picking up Aquilani as his replacement. Where better for a renaissance than the Tuscan capital? Much to the surprise of fans in Liverpool, Milan and Turin, Aquilani steadily improved with La Viola and made quite an impact during his first two seasons under Vincenzo Montella. The Coach brought the best from his former Roma team-mate, who managed to stay relatively healthy and contributed 13 goals and seven assists across 56 league appearances.

Sadly it didn’t last as his third season at the Stadio Artemio Franchi was a disaster. Aquilani looked laboured as every facet of his play deteriorated, regressing into a slow, one-paced frustrating player who repeatedly fired shots high into the Curva Fiesole rather than the back of the net. Fans bemoaned the sight of his name in the starting XI as Montella’s loyalty tested their patience, but the club had seen enough.

As the 2014/15 season drew to an end, so too did Aquilani’s contract with Fiorentina and it was made clear that he would not be offered an extension. Around the same time, it was revealed that the Italian side paid Liverpool just €790,000 to sign him outright three years earlier, the Premier League giants taking a major hit on their initial €20 million outlay.

This time there would be no midfield merry-go-round in Serie A to offer him a new landing spot, so Aquilani once again headed overseas, this time in Portugal with Sporting. He would make just five league starts however, quickly looking for a way back home, and it would be another former team-mate who offered him a lifeline.

“It was Massimo Oddo who ignited the spark,” Aquilani told La Gazzetta dello Sport shortly after agreeing to join Pescara. “He called me, sending me a great burst of energy and explaining his idea of ​​football, which was also mine.” Promoted last summer, the 2016/17 season would mark the club’s sixth-ever top flight campaign, the Delfini one of the smallest sides ever to compete in Serie A. 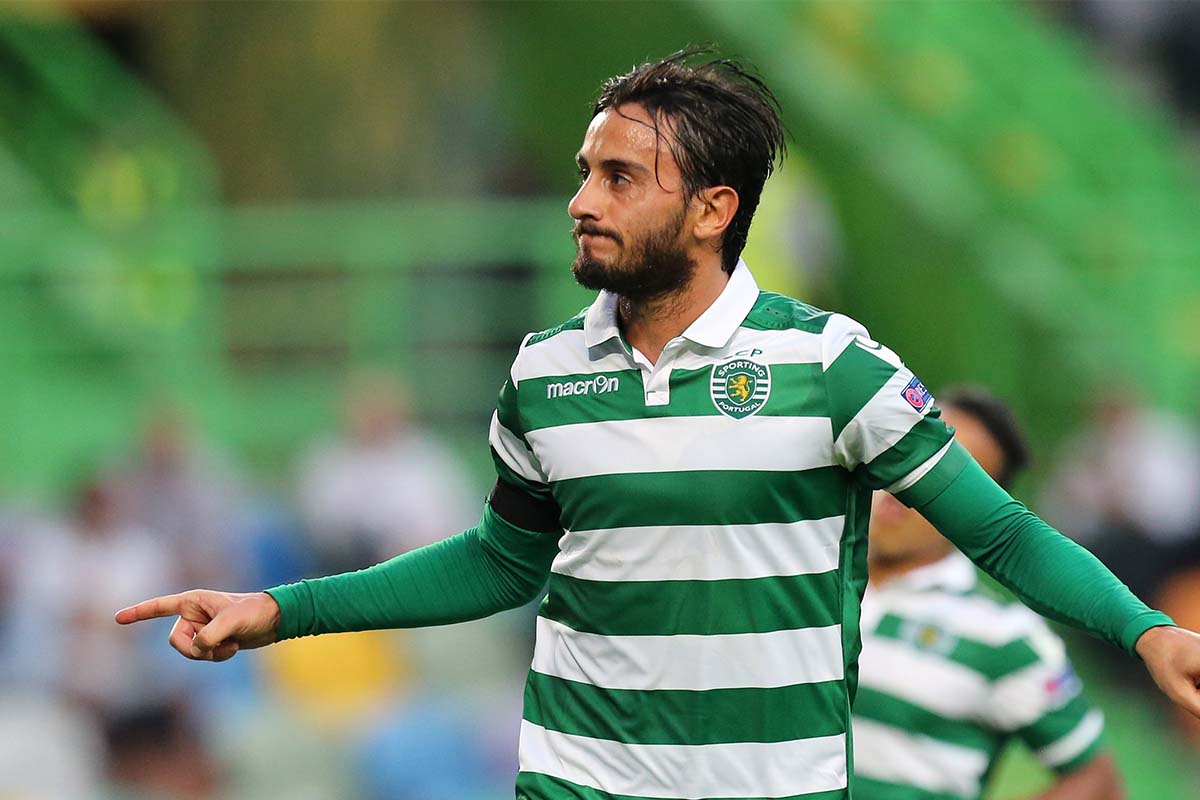 Perhaps “compete” is the wrong term to use given their performances this term, marooned at the foot of the table with just nine points. Three of those – and indeed their only win to date – came after Sassuolo were discovered to have fielded an ineligible player against Pescara who were promptly awarded the victory by default.

Oddo is a promising Coach with some smart tactical ideas, yet his squad lacks the quality needed to survive on a rapidly improving Serie A landscape. Despite the absence of resources, star names and top level players however, Aquilani has made just six starts and, after being sent off in a loss against fellow strugglers Crotone, his time with the club is set to come to an end.

He was left out against Palermo on Wednesday night, but it remains to be seen what his next step will be. Unable to make an impression at a team heading back to Serie B has simply continued the stark downward trajectory of a player once lauded for stardom. “My dream is to end my career at AS Roma,” he remarked last summer. Perhaps he should have done just that.