It's coming up to a decade since West Ham United shocked the world when they announced the signings of Carlos Tevez and Javier Mascherano. Deadline day of 2006 and the East London side pulled off one of the most Football Manager like transfers in history.

Such signings in the modern game are becoming  more frequent with the likes of Bojan and Gianelli Imbula plying their trade at Stoke City and Juan Manuel Iturbe currently turning out for Bournemouth, but back then these sorts of deals were a rarity. Top South American talents didn't join mid-table Premier League clubs.

It was too good to be true.

Tevez and Mascherano, both 22 at the time, were touted as the next big things to come to Europe from South America, both were playing for Brazilian side Corinthians at the time. The duo had been linked to most big clubs in Europe and it's rumoured that Real Madrid only signed Gonzalo Higuain and Fernando Gago having missed out on the pair. These two were the real deal.

The Summer of 2006 was an important one for West Ham. The FA Cup finalists went about their business strengthening their squad in the hope of building on their 9th placed finish the season prior. Along with the signings of Mascherano and Tevez the club brought in another fourteen (14) players. The other signings weren't quite in the same league as the Argentines. Luis Boa Morte, Matthew Upson, Lee Bowyer, Carlton Cole, Robert Green and Nigel Quashie to name but a few.

These were the type of signings you associated with West Ham. Consider the fact it was only their third transfer window since returning to the Premier League and reinforcements were key. The team has always had that one mercurial talent; the likes of Joe Cole, Paolo Di Canio, Yossi Benayoun and now Dimitri Payet spring to mind, but on the whole they've been a solid side.  That's what the majority of these signings in that particular summer alluded towards. Consolidation. 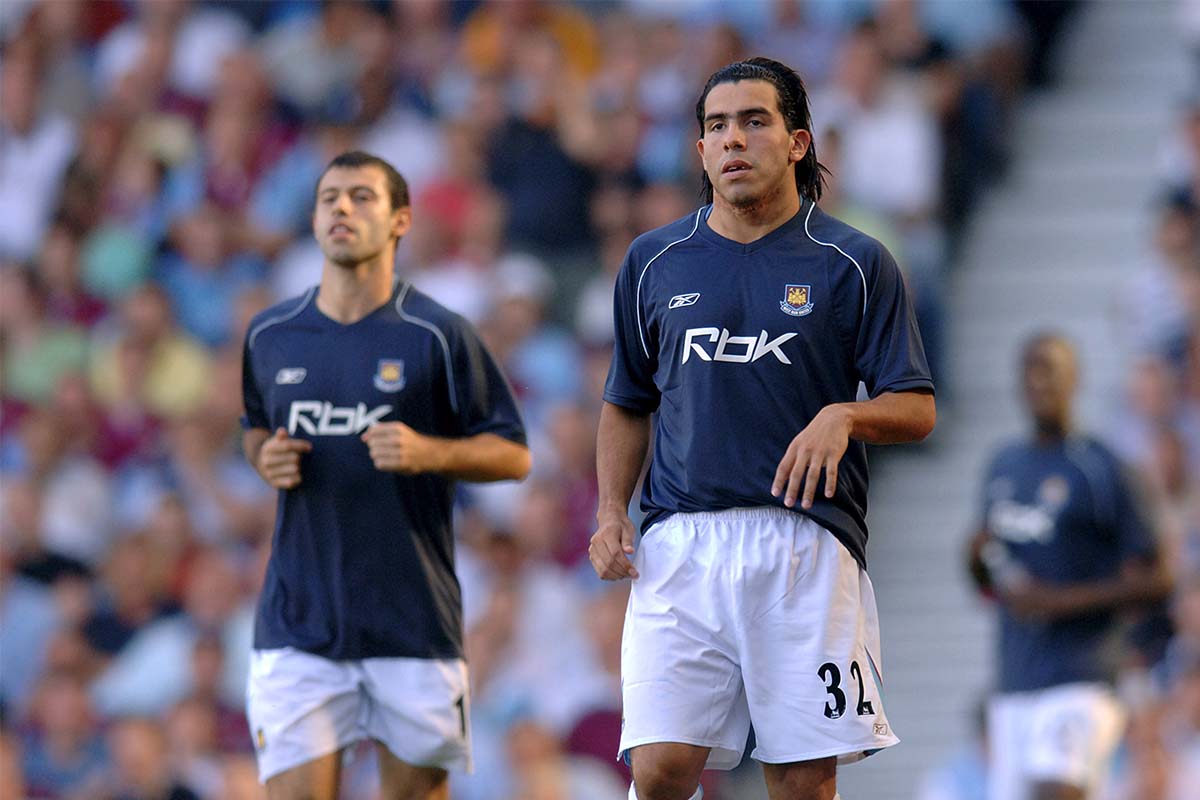 The hysteria that welcomed Mascherano and Tevez could be forgiven. West Ham fans thought they'd struck gold and fans of the game were excited about watching two of the most highly sought after players in the game strut their stuff in the Premier League. The signings captured the imagination of the neutrals. Could they be West Ham's very own Ossie Ardiles and Ricky Villa?

Sadly, for West Ham United supporters and football fans in general, it wasn't that straightforward.

Pini Zahavi and Kia Joorabchian were at the heart of the deals. Zahavi, described as a ‘super agent', orchestrated the deal after originally putting plans forward to have Joorabchian takeover West Ham United. The world of third party ownership is a black whole; it's never-ending.  It's a surface you shouldn't scratch below. Calling it complex would be a polite.

Kia Joorabchian founded Media Sports Investments (MSI) in 2004 and struck a deal with Brazilian club Corinthians. The basics of the deal was MSI would provide the club with $35 million and in return the company would receive 51% of any future profits. In the hope of bringing success to Corinthians Joorabchian went about making expensive signings, two of which happened to be Carlos Tevez and Javier Mascherano. Although these players turned out for Corinthians they were owned, or at least part owned, by MSI.

To get these deals done West Ham effectively had to deal with four companies all owned by a single person.

At the time third party ownership was allowed in the Premier League so long as the owners of these players had no influence over the clubs selection or transfer intentions. They weren't allowed to dictate how the player would be used. Whomever agreed to the deals on behalf of West Ham seemed to forfeit that clause as it was rumoured that Joorabchian retained the power to transfer the players if he thought it was beneficial for him and his companies.

The Premier League agreed that the deals broke the rules and in April 2007 they fined West Ham £5.5 million for entering into third-party contracts which clashed with the stated rules. After reviewing the contracts the Premier League said “at the very least may not – and in all probability would not – have approved such contracts.”

Such a statment inferred Tevez and Mascherano would have been ineligible to play for West Ham that season, meaning their influence on the disappointing season, no matter how minimal it was, wouldn't have occurred. The implication of this being the 7 points Carlos Tevez's goals won wouldn't have counted and West Ham, who finished a mere 3 points above the relegation zone, would have been relegated. 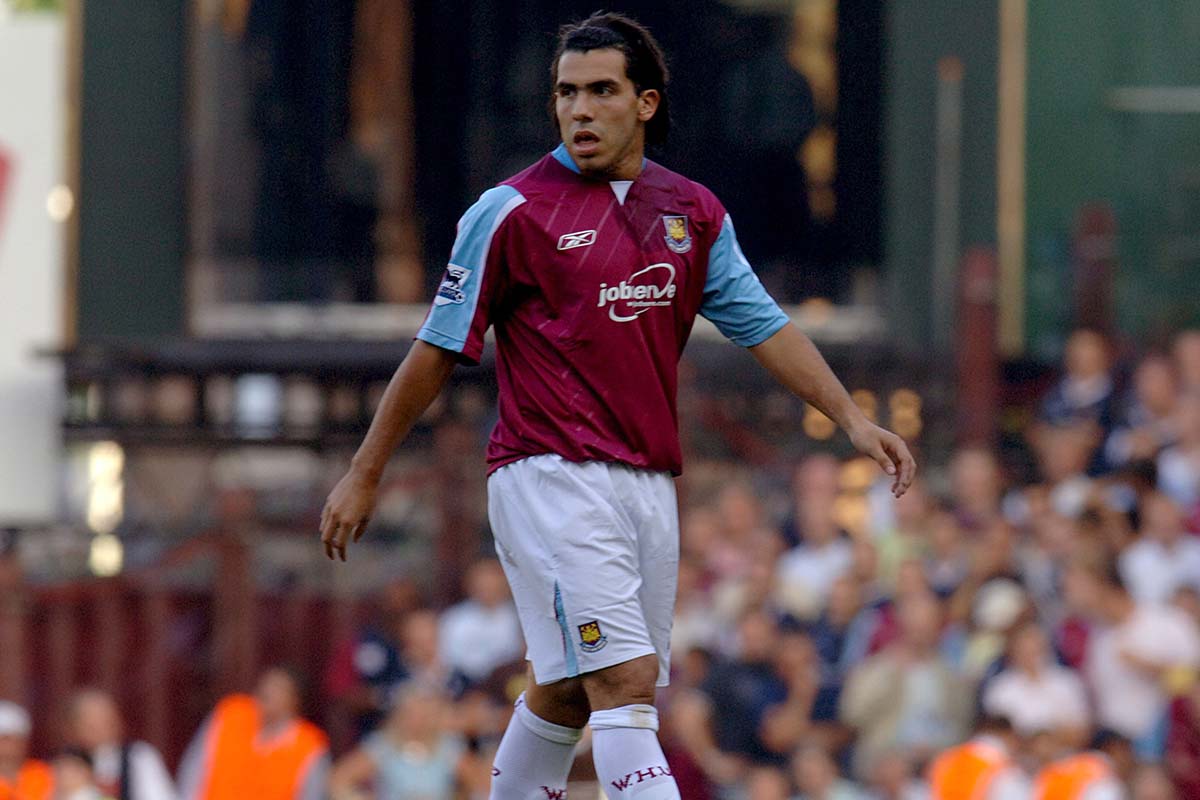 The whole debacle left the FA in a predicament. They couldn't relegate West Ham, something suggested by Wigan, Fulham and Sheffield United, on the basis that the two Argentineans were ineligible due to the fact had those two not featured then the players selected instead of them may have had a greater impact. It's a paradox of infinite scenarios and outcomes.

What made the water even murkier is the fact Carlos Tevez was instrumental in West Ham staying up that season with seven goals in the last ten games of the season. The club picked up seven wins in that run. Twenty-one of their forty-one points were amassed in those final ten matches. The Carlos Tevez many had expected from the get-go turned up when it mattered most. His winning goal away to Manchester United on the final day ensured the Hammers safety.

Entering the final day of the season four teams were still threatened with relegation. Results went against them and Sheffield United were the team relegated by virtue of goal difference.

In the end Sheffield United dropped the lawsuit and an out of court settlement was agreed upon; £20 million over five years. West Ham got off lightly all things considered.

The season, which had started off with such promise, ended in relief. Relief at surviving. Relief at not being docked points in the following season. What should have been a new dawn for the club nearly ended with them back in the Championship.

The signings of Mascherano and Tevez blurred the expectations for the club. People got carried away and for a club that should have been happy with surviving in the Premier League was being touted as potentially finishing in the European places. The signings increased the pressure on Alan Pardew, who didn't see out the season, and it increased the media focus on the club. The hype and media circus around the club was detrimental to the team and they suffered.

When something feels like it's too good to be true it normally is. West Ham nearly found out the hard way.