The 2022 World Cup is nearing its closing stages, with only one game left to play in what has been an eventful tournament in Qatar. A total of 32 nations began the tournament last month, but now it is between Argentina and France in the final match.

As ever, there have been plenty of twists and turns along the way and, perhaps more importantly, plenty of goals. But who has bagged the most goals over years gone by? 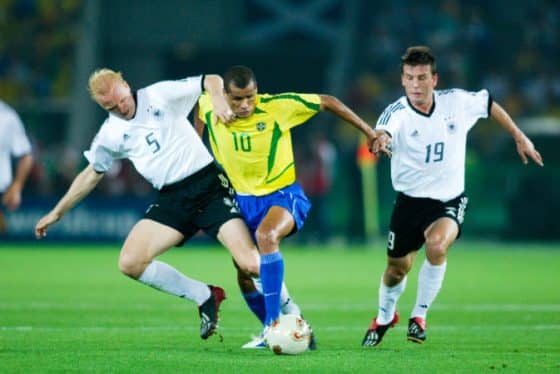 The top scoring nation of every World Cup tournament

Argentina may not have lifted the inaugural World Cup trophy, but they certainly put on a show, scoring 18 goals in a tournament where they finished as runners-up to fellow South Americans Uruguay. The legendary Guillermo Stábile banged in eight of those, unsurprisingly finishing as the competition’s top scorer.

Italy only managed 12 goals in 1934, but it mattered not, with the European nation lifting their first World Cup trophy that year. There does remain a bit of controversy surrounding the circumstances of the hosts’ victory, but it does seem that the nation picked up a deserved victory.

Italy made it back-to-back successes with a 4-2 final victory over Hungary in 1938, but it was indeed the latter who fired in the most goals in the tournament. They smashed in 15 goals along the way, with György Sárosi and Gyula Zsengellér each netting five.

Hosts Brazil were still chasing their first World Cup title in 1950, but could only settle for a runners-up spot to South American rivals Uruguay, who won their second. The Brazilians did, however, leave their mark on their competition, outscoring every other nation with 22 goals.

16 years after their top-scoring achievements in 1938, free-scoring Hungary were back at their best, smashing in 27 goals at the tournament in Switzerland, a record that still stands to this day. Unfortunately they fell short in the final once again, with Sándor Kocsis’ stunning tally of 11 goals ultimately in vain.

Brazil set the world alight in Sweden in 1958, finally picking up their first-ever World Cup trophy. But it was France who topped the scoring charts that year, settling for a third-place finish amid an astonishing tally of 13 goals from their striker Just Fontaine, the most goals scored by a player in a single World Cup.

Like Italy had done before them, Brazil made it back-to-back successes in 1962, defeating Czechoslovakia 3-1 in the final in Chile. And it was indeed the Brazilians who ran out as the top-scoring nation that year, helped along the way by four goals from both Vava and Garrincha.

The 1966 World Cup is of course remembered most fondly by England fans, with Bobby Moore and Co. lifting the famous trophy in front of their boisterous home support at Wembley. Third-place Portugal did, however, score the most goals at the 1966 event, with the exceptionally talented Eusebio banging in nine of his country’s 17 goals.

Brazil were back on top of the world in 1970, with their star-studded squad securing the title with a stunning 4-1 victory over Italy in Mexico. The South Americans had plenty of help in clinching the success, namely through Jairzinho and Pele, who hit totals of seven and four goals respectively.

Again it was the nation who finished in third who netted the most goals of the 1974 World Cup, with Poland perhaps surprising a few nations along the way to their bronze medal. They scored 16 goals that year, with Grzegorz Lato grabbing seven of those, as his teammate Andrzej Szarmach scored five.

Both Argentina and the Netherlands recorded a high of 15 goals at the 1978 World Cup in Argentina, and perhaps fittingly the final was contested between the two hugely talented nations. The hosts came out on top, with a brace from Mario Kempes taking the Argentine’s tally for the tournament to six. The Netherlands’ Rob Rensenbrink finished just behind him on five.

Despite hitting 16 goals in 1982, France could only muster a fourth-place finish as Italy lifted the trophy. The goals were very evenly spread out amongst the likes of Bernard Genghini, Michel Platini, Dominique Rocheteau and Didier Six, who all scored twice, with Alain Giresse scoring three times. 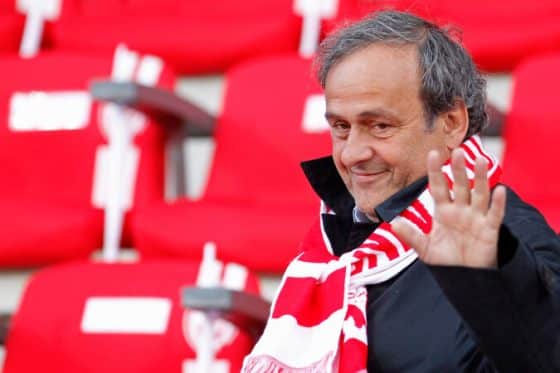 Following on from their high-scoring successful 1978 victory, Argentina repeated the feat eight years later, scoring a tournament-high 14 goals to lift the trophy in Mexico. England’s Gary Lineker won the Golden Boot that year with six goals, but it was Argentina’s Diego Maradona who stole the show. The wizard scored five goals for his nation that year, very well supported by Jorge Valdano’s four.

Continuing the trend of the winning team scoring the most goals, West Germany found the back of the net 15 times on their way to their first title. The 1990 World Cup was won thanks to a late Andreas Brehme penalty, with the match-winner netting his third goal of the tournament in the final. His teammates Jurgen Klinsmann and Rudi Voller also scored three times along the way, with Lothar Matthaus grabbing four.

It was back to the third-placed team who finished with the most goals in 1994, with Sweden going on a memorable run in the United States. The footballing minnows only lost out on a place in the final after a late defeat to eventual winners Brazil in the semi-finals. Kennet Andersson kept the pace with the likes of Romario, Klinsmann and Roberto Baggio with five goals, supported by four from Martin Dahlin.

For the third successive World Cup, the top-scoring team netted 15 goals, with France achieving the feat in 1998. The star-studded squad would ultimately lift the trophy for the very first time, easing past Brazil in the final with a commanding 3-0 victory. No single player stood out on the goals front in what was a collective effort, with Thierry Henry finishing as France’s top scorer with three goals.

Other nations perhaps didn’t stand a chance in 2002 as the likes of Ronaldo, Rivaldo and Ronaldinho lined out for Brazil, who banged in 18 goals on their way to glory. Their star striker Ronaldo found the back of the net eight times to secure the Golden Boot.

The year of 2006 witnessed the beginning of a period of dominance by Germany at the World Cup, at least on the scoring front. They hit 14 on home soil, but were forced to settle for third spot, as their star man Miroslav Klose netted five times.

The Germans were back with a bang in 2010, with Thomas Muller this time their hero with five goals. But even he couldn’t help his nation secure glory, with his side once again finishing the tournament in third place. Klose meanwhile recorded a tally of four goals.

After two years of scoring plenty of goals but missing out on the title, Germany’s luck finally turned in 2014, when they scored a total of 18 goals, but more importantly lifted the famous trophy after defeating Argentina 1-0 in Brazil.

It is looking increasingly like Belgium’s so-called golden generation will not be able to deliver on the world stage, but they did help create plenty of excitement in Russia four years ago. They finished third as France lifted the trophy, but did manage to score a tournament-high 16 times. Which nation will top the charts this time around at the 2022 World Cup in Qatar? 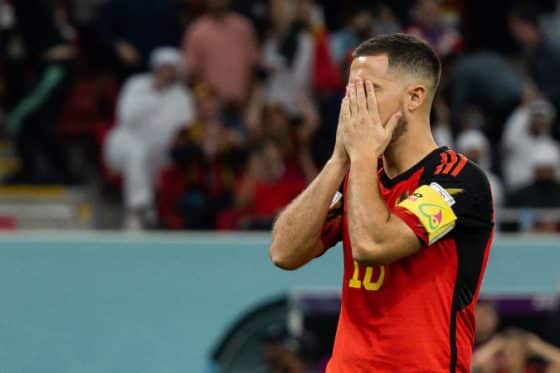 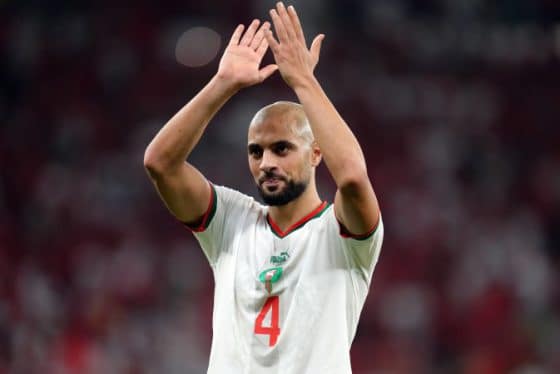 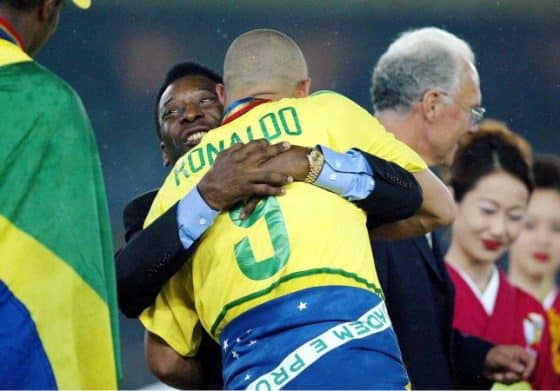 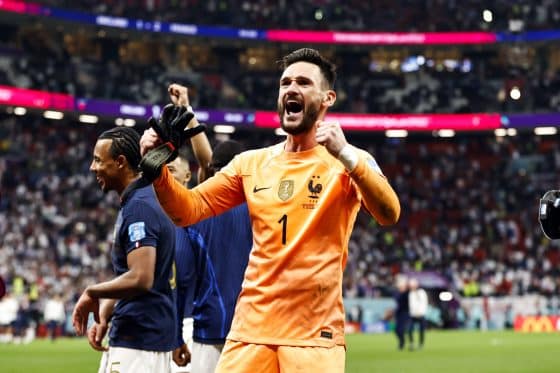