Once Lionel Messi and Cristiano Ronaldo leave football's grandest stage there will be space for new superstars to emerge in their absence.

Neymar's £196million move to Paris Saint-Germain was his idea of getting a jump start on everyone else, positioning himself for the crown he believes is rightfully his, however, he's not going to have it all his own way.

We here at Football Whispers have picked ten of the most exciting teenagers in Europe. All of which, we believe will forge ahead, looking to take over from two of the greatest players ever to kick a ball.

The rise of Kylian Mbappé has been as outstanding as it has been rapid.

Since his Ligue 1 debut for Monaco in December 2015, he has been involved in 51 goals over 69 games and won the Under-19 European Championships with France.

Last season he reached the semi-finals of the UEFA Champions League and this summer earned a loan – soon to be permanent – move to Paris Saint-Germain. Oh, and he has been named Europe’s Golden Boy.

Mabppé started out as a winger but he has looked more comfortable playing up front. Able to drift wide and use his pace, he reads the game extremely well and knows when to drive into the box to score every type of goal you can imagine.

Now, playing beside Neymar and Edinson Cavani, he’s had to adapt once again and has done so seamlessly. Such a high level of performance is now expected of the teenager, but so far he’s continuing to exceed all expectations.

The young American arrived in Germany as an unknown quantity – he even had to spend his first few months only training with the Dortmund squad as he was ineligible to play in competitive games.

How quickly things have turned around. Now verging on superstar status for the U.S Men’s National Team, Christian Pulisic did everything he could in their failed World Cup qualification campaign.

Only 18 months into his senior Dortmund career and he has caught the imagination on both sides of the Atlantic. The youngest player to play and score for BVB in the Champions League, with Ousmane Dembélé departure to Barcelona, Pulisic has more space to blossom.

Lightning quick, with exceptional ability on the ball, he can score from anywhere and is as rounded an attacker you will see at this age. 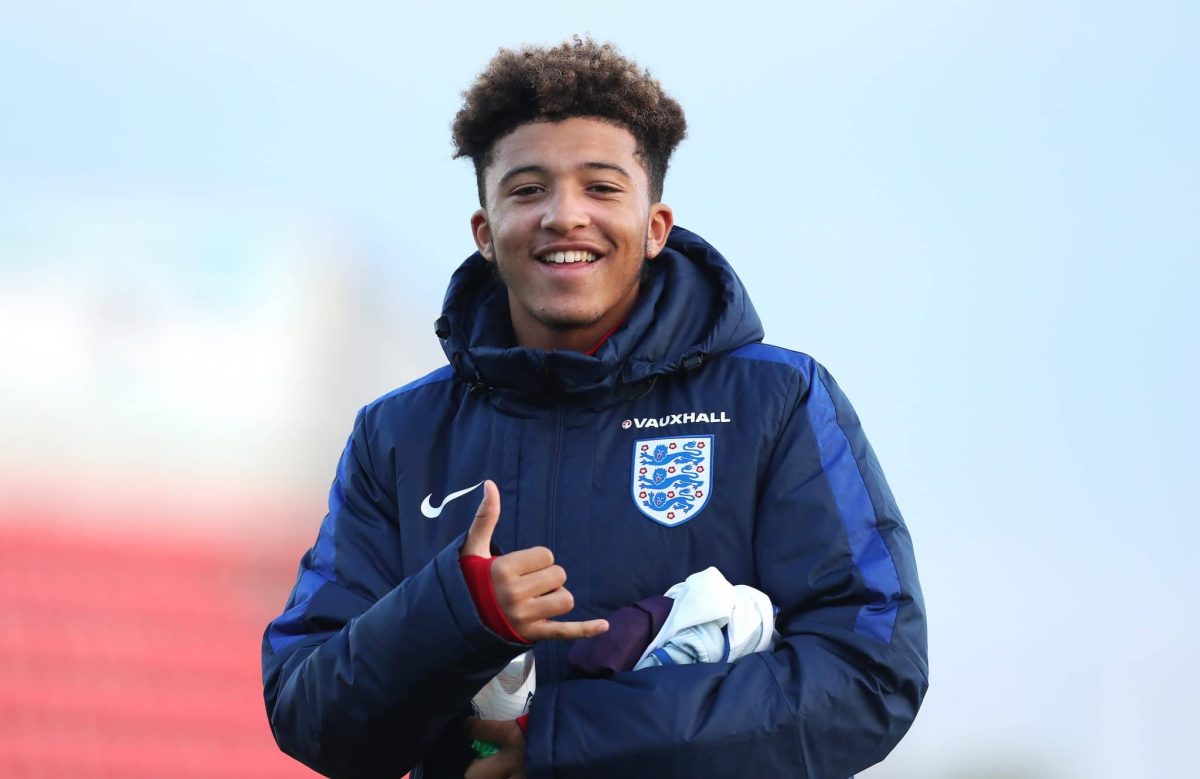 Pep Guardiola may eventually see Jadon Sancho as the one that got away. The 17-year-old was staring for Manchester City’s youth sides last year, but he wanted more.

After refusing to play and train with the club this summer, he was a Tottenham Hotspur transfer target, but there was some shock when Borussia Dortmund sealed a deal to take him to Germany.

A star for the England youth teams too, the teenager is a very confident and rapid forward who plays with a direct fearlessness that is impossible to stop when he gets going.

Great footwork, with the ability to change direction on a sixpence, he has all the attributes to become one of Europe’s most-feared forwards.

BVB will give him the platform to grow and develop and he has already done enough to earn a substitute appearance in the Bundesliga.

That shows he was right to want more, now Pep may regret not succumbing to Sancho’s demands.

It was while at Valenciennes, a small French club playing in the second division, that Dayot Upamecano began to catch the eye of scouts.

He never actually featured for the first-team, but Manchester United and others were intrigued. A move to RB Salzburg came in the summer of 2015, before the centre-back proved his worth and was quickly shipped to RB Leipzig in January 2017.

He cites Raphäel Varane as a big influence on his game and you can see that in his composure and presence, plus his determination to win the ball back at all costs.

Upamecano is aggressive and strong, and has shown a willingness to never give up in a battle, all traits that fans and managers love to see in their centre-backs.

He’s also quick across the ground and has all the athletic gifts of great modern defenders.

Leipzig are one of Europe’s most exciting young sides and in Upamecano they have a defender who not only embodies that, but gives them a strong base to build a great attacking outfit.

As first Trent Alexander-Arnold was just meant to be a stop-gap, a promising young defender filling in for Liverpool’s Nathaniel Clyne.

Fast forward to the Champions League qualifier against Hoffenheim and the 18-year-old curls in a vital free-kick, winning the tie for the Reds and putting them in a strong position to qualify for the group stage.

It showed great confidence for someone so inexperienced, but also great belief for the staff and his team-mates that they let him take the set-piece.

Steven Gerrard is a big fan and the local product could go on to be the new hero at Anfield.

Alexander-Arnold has shown positional awareness to cover in behind his centre-backs, plus an eagerness to attack down the channels and provide a threat in the final third. His development from a midfielder in the youth team, to defender in the senior side has helped develop both aspects of his game.

His ceiling looks to be very high and in an age of Premier League clubs continually spending big to find stars, Liverpool have stumbled across one of their own. 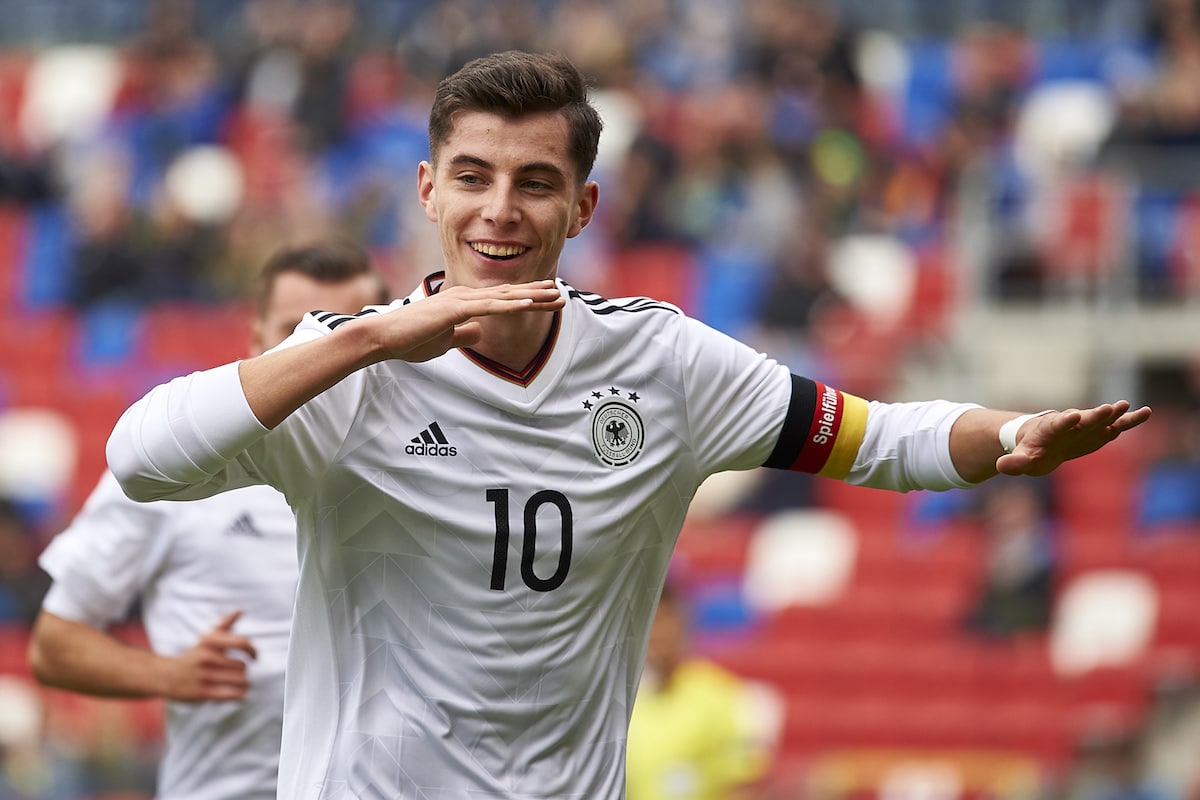 He followed that up by grabbing his first goal against Wolfsburg in April, making him the club’s youngest league scorer and went on to finish the campaign having netted four times in 28 appearances. Not bad for a player who only made his debut in October.

Capable of playing on either flank, Havertz was a rare shining light in Leverkusen’s season.

Likened to Michael Ballack among the German press, there is actually more of Mario Götze and Marco Reus to Havertz game, no surprise then that he was a Liverpool transfer target last term – as revealed by Football Whispers.

With great spatial awareness, he is always finding a way to drift into dangerous positions on the pitch. Forever wandering, he is a nightmare for defenders and midfielders alike.

He’s not got the searing pace of a winger, but his in-game intelligence and speed of thought make him difficult to contain. He is definitely one for the future and a player the big clubs will soon be fighting over.

Easily one of the best young goalkeepers in the world. Given his debut by Toulouse at 16 years old when they were struggling in the relegation zone, the pressure was on and Alban Lafont stepped up and answered every question.

Despite his huge commanding frame, Lafont still looks like a boy in a man’s jersey at times, but his maturity comes through in his actions.

An Arsenal transfer target in the past, Marseille wanted him at the Stade Velodrome before the return of Steve Mandanda. Still extremely early in his career, there is every belief that he will go on to replace Hugo Lloris as France’s No.1 down the line.

Before he turned 19, injury permitting, he will have already played 100 league games. Lafont is undoubtedly going to enjoy a long and successful career.

Discover why Arsenal were keen on Alban Lafont 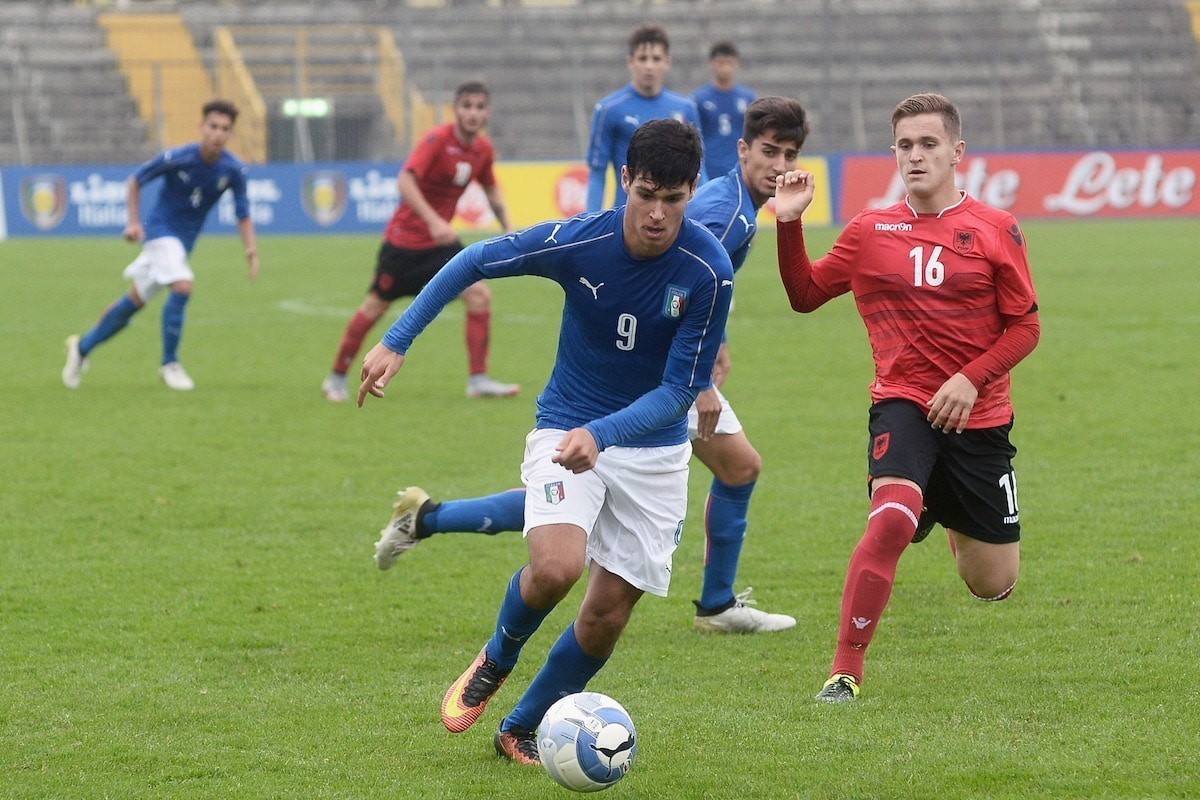 Just 16 years old, Pietro Pellegri burst onto the scene in Serie A in memorable fashion.

The boyhood Genoa fan was brought into the match-day squad against Lazio in September and started the game on the bench. But an injury to Ricardo Centurión meant he was thrust into action with just 33 minutes on the clock. By the end of the game, the Rossoblu had a new hero.

It was 15 minutes into the second half that deflected shot found a gap between the keeper and the near post to level the game. Genoa fell behind again, but with just 17 minutes to go, a searching cross from the left made its way into the penalty area. Pellegri threw his body at the ball, volleying with his outstretched boot to level the game once again.

Sadly for the youngster, Genoa lost 3-2, but the Italian teenager was the talk of the country.

Tall, physically strong and by no means slow, Pellegri is gifted with a neat first touch and excellent technique.

He is the archetype new generation Italian striker and is also blessed with that goal-sniffing instinct that can't be taught.

There is still a long way to go in his young career, but everything we’ve seen so far is reason enough to get excited.

From Karim Benzema, Hatem Ben Arfa and Clement Grenier, to Alexandre Lacazzette, Corentin Tolisso and Nabil Fekir, there is one thing that Lyon do very well and that’s bring though the next generation of French superstars.

Houssem Aouar is the next one off the conveyor belt and everyone at OL is excited by what the 19-year-old can achieve.

If you need any more convincing, when Lyon sold a number of stars in the summer, the No.8 jersey was handed to Aouar before he had started a single league game for the club.

Able to play all across the attack, he can be a winger or a playmaker, drift wide to take on defenders, or play through the middle and pick passes. He has it all.

His first goal for the club came in the Europa League, using guile and movement to slip past AZ Alkmaar’s back four before finishing from a tight angle. His opening league goal came after he made a far post run to get on the end of a low cross.

There are elements of Christian Eriksen to his game, the way his size looks to be his downfall, but his vision and awareness make up for that and allow him stand-out.

Lyon know they have a star on their hands and they won’t be easily persuaded to part ways just yet.

Expected to become one of the best goalkeepers of his generation, Gianluigi Donnarumma’s path already seems laid out. He is due to take over from Gigi Buffon in the Italy set-up once the Juventus hero hangs up his gloves, it was only this summer when his Milan future looked in doubt.

Yet, with all the money the Rossoneri spent on signings, the best bit of business they did was to convince the 18-year-old shot-stopper to sign a new deal.

For someone so young, especially in a position where he could play for another 20 years, Donnarumma is a commanding presence, and he is not shy to demand more from the experienced defenders in front of him.

He is in control of his area for 90 minutes and has the composure and ability on the ball you'd expect from a modern-day keeper – his passing out from the back is similar to the most stylish of Italian centre-backs.

Donnarumma is able to make game-changing saves, both from close and long range, and is a safe pair of hands when going up to collect balls into the penalty area.

Milan will be worried, however. Finishing outside of the Champions League places will bring up stories regarding the future of their young keeper. Another year outside Europe’s elite may be too much for him to stay patient, especially with Real Madrid sniffing around.