The decline of Leeds United in the early 2000s was a startling one. They competed at the top of the Premier League with an exciting crop of young talent and reached the semi-finals of the Champions League in 2001, knocking out Barcelona, Lazio and Deportivo La Coruna along the way, before collapsing due to financial mismanagement. Six years after that famous run to the last four of Europe’s most prestigious club competition, they were languishing in the third tier of English football.

Their plight came hand-in-hand with an inability to hang on to star players. Indeed, for much of the last decade, the club’s finest prospects and most important first-team members have been sold on to Premier League sides. Here, Football Whispers takes a look at the team Leeds could have right now had this not been the case.

Kasper Schmeichel arrived at Leeds as the club’s second Danish goalkeeper in a matter of years, following on from Casper Ankergren. After a one-year spell with Notts County, the shot-stopper – son of Manchester United legend Peter – joined the Whites upon their return to the Championship.

With excellent reactions, he quickly established himself as the team’s No.1. However, after just one campaign he was sold on to Leicester City for an undisclosed transfer fee. Not all Leeds fans were overly perturbed by his departure, and his development since — which peaked when he won the Premier League last term — has been somewhat unexpected.

Neil Warnock’s reign as Leeds manager was one punctuated by underwhelming results and dull football, but it did prove important for the development of one of the club’s best academy graduates in recent times. Sam Byram burst onto the scene in 2012-13, playing with an energy and confidence that looked out of place at Elland Road at the time.

Strong in the tackle, quick, attack-minded and versatile, he relished the opportunity to attack the right flank as a winger or full-back, and played an important part in the 2-1 victory over Gareth Bale’s Tottenham Hotspur in an FA Cup fourth-round clash. It could be argued that, since that debut season, he hasn’t quite progressed at the rate initially expected, but he is nonetheless a Premier League player having moved to West Ham for £4 million in January.

After loan spells further down the English league structure with Accrington Stanley and Bury Town, Tom Lees was viewed more with curiosity than excitement by many Leeds fans when he returned to the club in 2011. However, he quickly proved himself to be a talented, if limited, centre-back with plenty of potential.

The centre of defence had been a problem area for many years and an academy graduate providing the solution was the most efficient end result. However, after three years of consistency he was allowed to leave for free. Lees joined Sheffield Wednesday, where he has since confirmed himself as one of the better centre-backs outside of the Premier League.

Steve Bruce was a defensive pillar for Manchester United throughout the 1990s, forming an uncompromising partnership with Gary Pallister. His son, Alex, has not enjoyed quite such an illustrious career, but can nonetheless be happy with his accomplishments. Now with Hull City in the Premier League, he spent one full season in and around Leeds’ starting lineup in 2010-11 before eventually leaving in 2012 on a free transfer.

An energetic, quick and offensive left-back, few will be aware that Tottenham star Danny Rose came through Leeds’ academy. This is primarily because he didn’t make a single competitive appearance for the Yorkshire club before he was sold in the summer of 2007 following their relegation to League One.

With Leeds entering administration they simply couldn’t afford to resist lucrative offers for their players. Hence when Spurs bid £1 million for the 17-year-old Rose, they had to accept. Initially viewed as a midfielder, the player has flourished in London after numerous loan spells and has become England’s first-choice left-back.

Jonny Howson was, in many ways, the reincarnation of former Leeds forward Alan Smith. Like ‘Smudger’, he was a local lad, had come through the club’s youth system, and, when he first broke into the first-team, appeared raw and not particularly noticeable for any one trait. But, over time, he became integral to the club’s brief revival between 2008 and 2011.

Despite having made many appearances, it wasn’t until Simon Grayson came in as manager that Howson truly began to shine. Re-deployed as an attacking midfielder in 2010-11 he hit 11 goals in all competitions, but halfway through the following season he was sold to Norwich for just under £1 million. 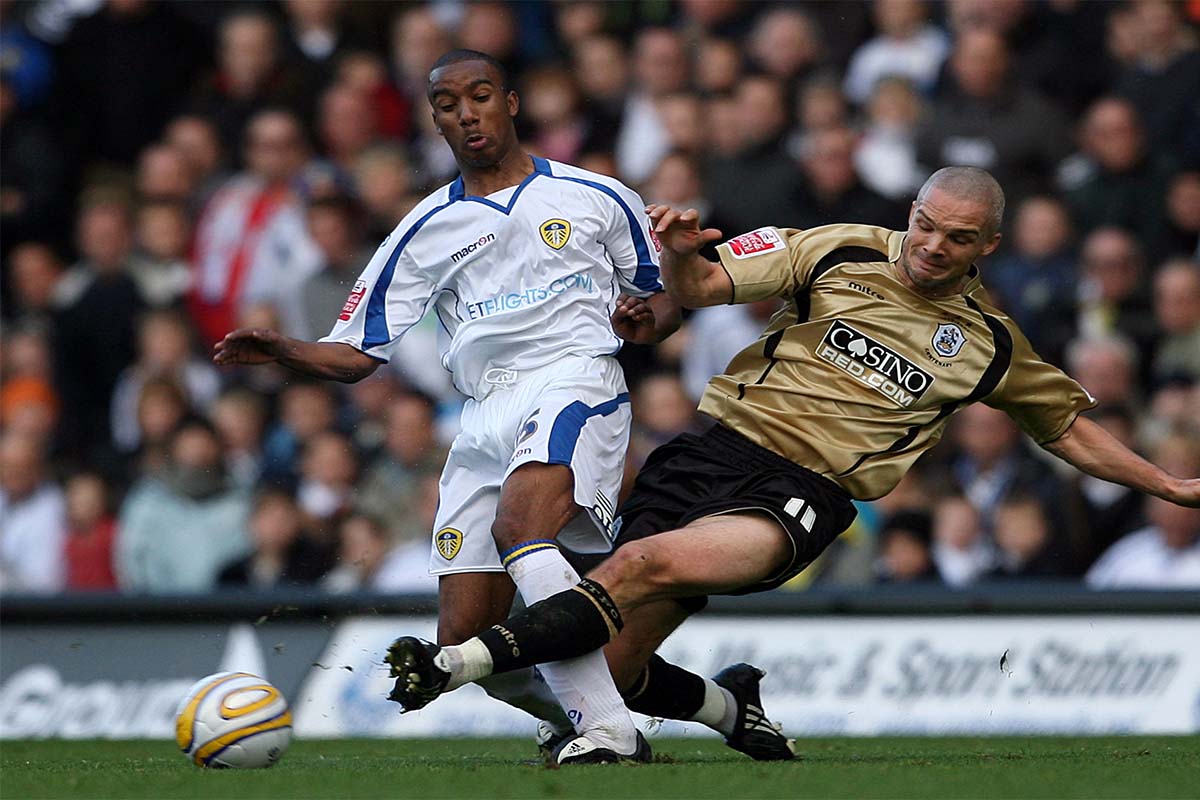 Fabian Delph emerged at around the same time as Howson, imposing himself upon the first team in 2008-09 while Leeds lingered in League One. A rare combination of occasionally reckless aggression and technical refinement, it soon became clear that he was destined for bigger things. And, after one brilliant season, he signed for Aston Villa for £10 million. Since then his devilish streak, energy and sound touch have seen him move to big-spending Manchester City and win nine England caps.

Born and raised in Leeds, Aaron Lennon broke into the first-team during the emotional 2003-04 relegation campaign which saw the club demoted to England’s second tier for the first time since the 1980s. He gradually became a regular starter in the following season and enthralled fans with his sheer pace.

Within a year England fans would be clamouring for him to start in the 2006 World Cup in place of David Beckham, such was the startling rapidity of Lennon’s progression. But by that point he had already left Leeds for Tottenham in a cut-price £1 million deal. He went on to star for Spurs for a decade before joining Everton.

When he was a youngster at Livingston, there were rumours that Robert Snodgrass was at one point or another offered a trial by Barcelona. And, while he ended up at Leeds instead, the rumours made a surprising amount of sense to those who watched him.

With a cultured left foot, a smooth dribbling style and a composure that belied his youth, the Scotsman was a key figure as Leeds went from League One to Championship. But, like so many others at the time, he was sold to Norwich. Now a Premier League player with Hull, this season he has shown the sort of quality that Leeds fans already knew he had. 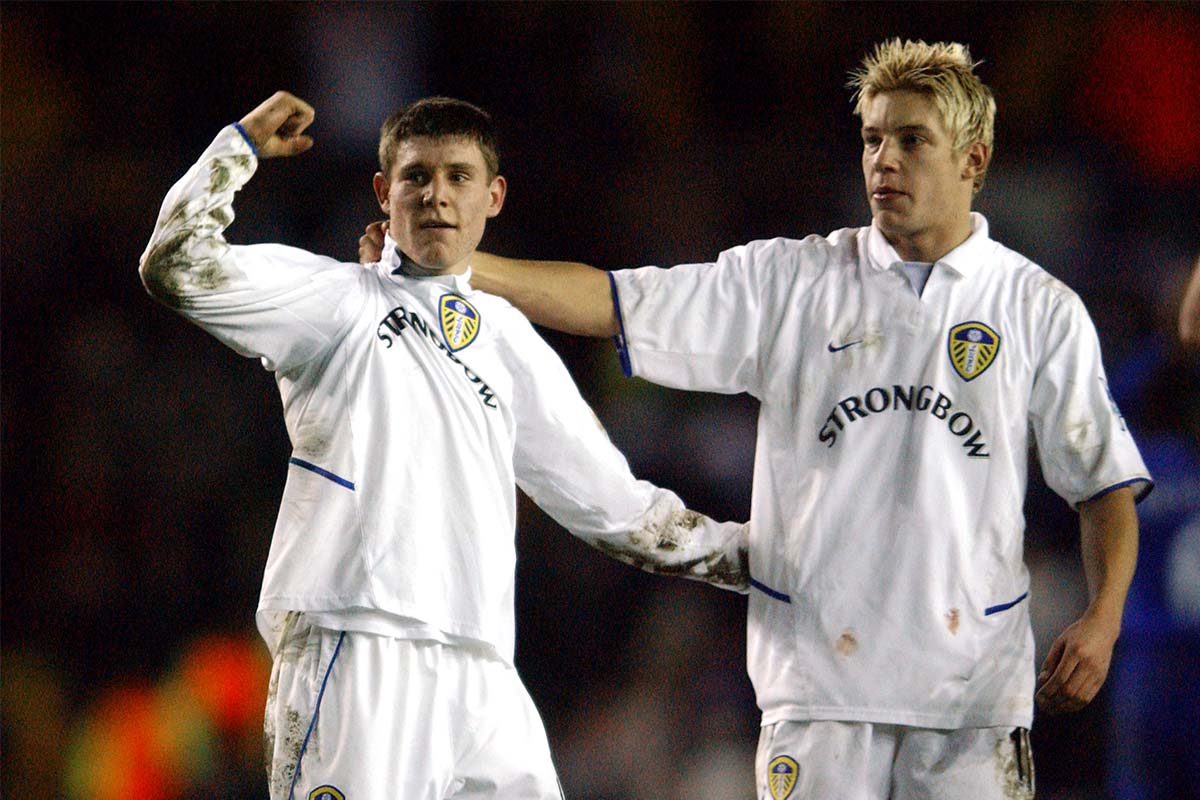 James Milner became the youngest player ever to score in the Premier League on 26 December 2002 when, at the age of 16 years and 356 days, he prodded home to equalise for Leeds in a 2-1 win over Sunderland. Not long after Wayne Rooney had announced himself to the footballing world, Milner had done the same. In so doing, he also became the new darling of Leeds.

However, despite the initial idea being that he would act as a sort of poster player for the club’s future following the 2003-04 season, which culminated in relegation, he was instead sold to Newcastle for £3.6 million. Since then, he has carved out an excellent career with Aston Villa, Manchester City and Liverpool, winning two Premier League titles, one FA Cup and 61 England caps in the process.

As strikers go, Jermaine Beckford was a hard act to follow. During his time with Leeds, he scored regularly to propel them back into the Championship and scored at the Stretford End of Old Trafford to knock Manchester United out of the FA Cup. His departure for Everton in 2010 left a void, and Ross McCormack initially struggled to fill it.

The energetic, skilful Scotsman scored just twice in his maiden campaign at Elland Road, but in his second season he found the net 18 times to get his career back on track. He went on to captain Leeds and enjoyed an outstanding 2013-14 season, in which he hit 28 league goals, before moving to Fulham for an eye-watering £11 million. 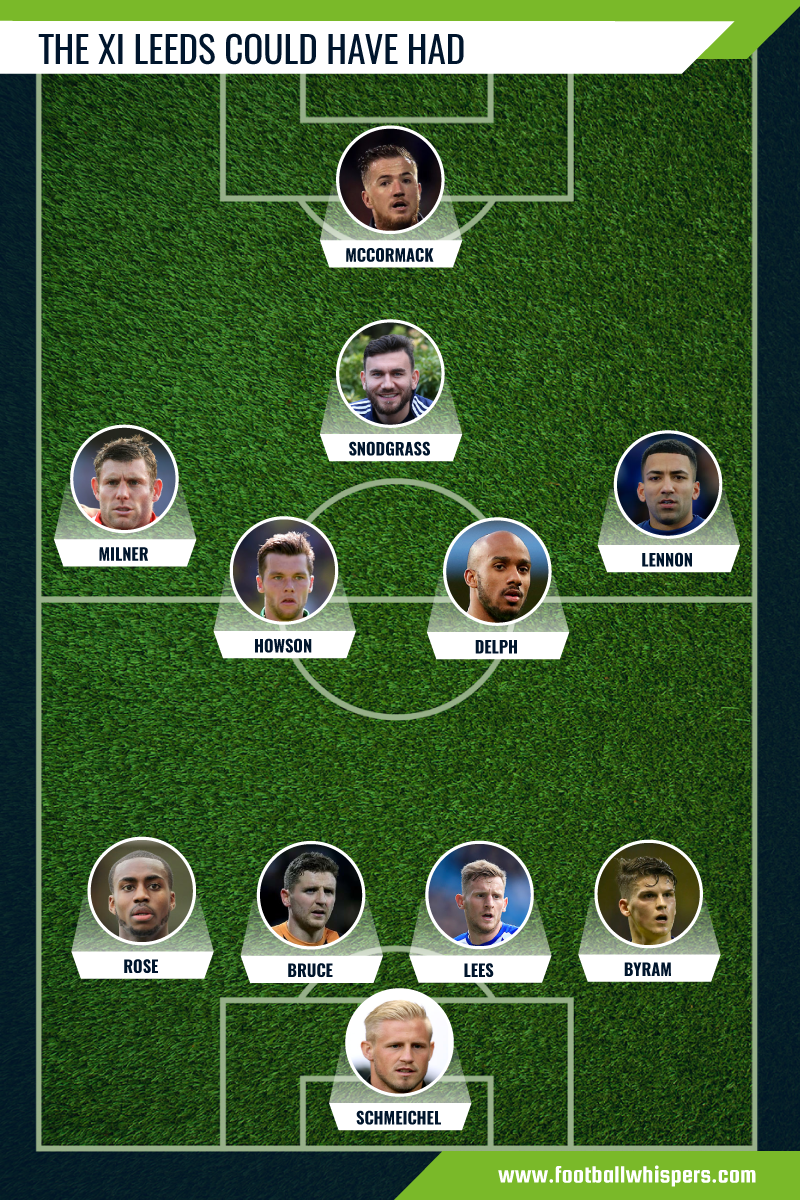