For most football fans it’s all about the passion of a local derby. The chance to get one over on your nearest rivals; to stake your claim as lord of the manor; to earn bragging rights over your friends, family and work colleagues… it's a day like no other.

But for a certain breed of match-goer it’s a case of ‘the further away, the better' for getting the blood flowing. Some away fixtures present the chance to travel to some far-flung place at the other end of the country, or in a foreign land, along with a handful of like-minded people; often with little hope of getting anything out of the trip other than a stiff neck and jet lag.

These mammoth away days are seen as a badge of honour to some; a chance to show just how passionate they are about their club and how they will literally follow them over land and sea. For others it’s just a good excuse for a day out and to see somewhere they might have not been to before and will probably never go to again.

While the players probably don’t have to endure any more than an hour on a plane, and possibly an overnight stay at a swanky hotel, the majority of the travelling fans won’t be afforded such luxuries. For the masses it's packed bus journeys, train timetables, and all for a matter of a few hours.

So here’s a look at some of the longest trips that players and fans alike have made or will make in order to represent their club, and to say: ‘I was there'.

Carlisle United fans are no strangers to motorway service stations – with an average round-trip of over 500 miles per match they have to travel further than any other club in England each season.

So when the fixtures are announced at the beginning of each season it’s more than likely that the United-Argyle meetings are the first ones their fans look for. Wouldn't you know it, the clash came out as fixture number two of the new League Two campaign – Carlisle claiming a 1-0 win at Brunton Park on 13 August. 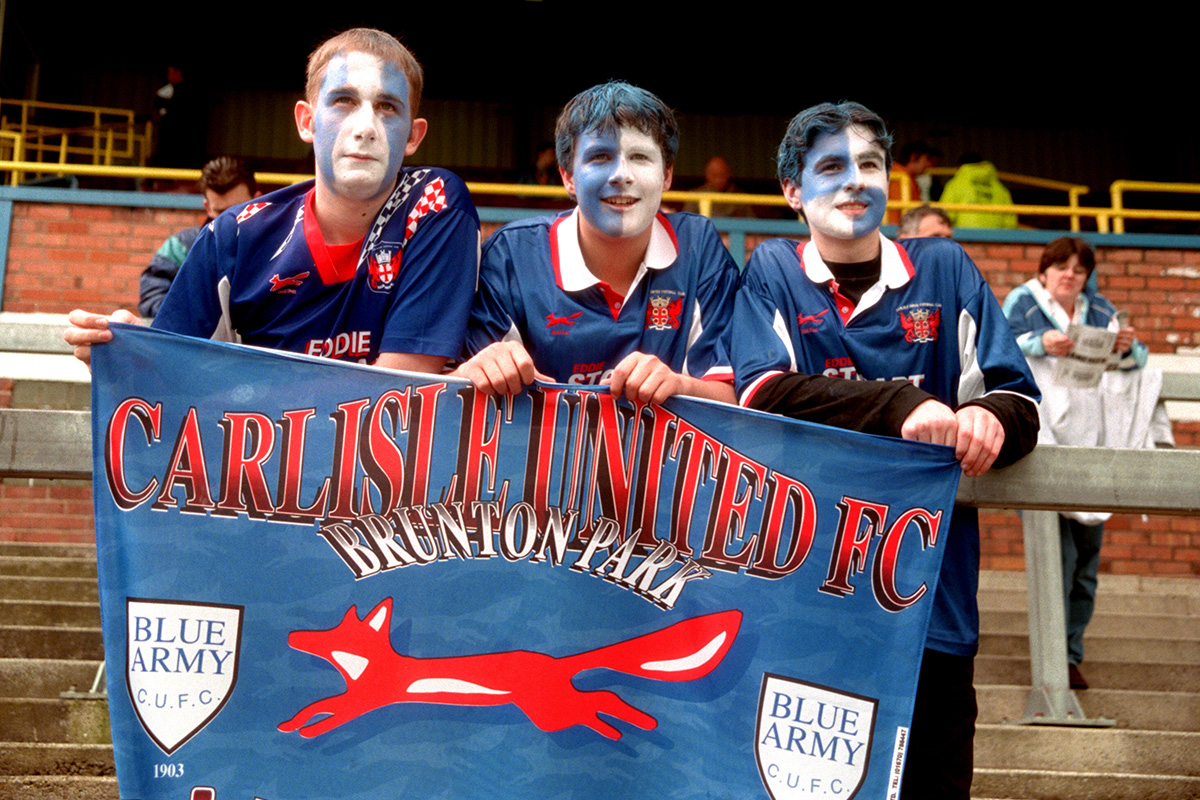 Some 389 miles, and a six-and-a-half hour drive, separate the two clubs, and so this latest – losing – return back to Home Park was not much fun for the aptly-named Pilgrims' fans.

Plymouth also have to endure a 387-mile trip in the other direction when they play Hartlepool United; a clash between the two teams who come just behind Carlisle when it comes to the furthest distance they have to travel over the course of a season.

When Bournemouth made it into the big time after getting promoted to the Premier League in 2015, Cherries’ fans could not wait to welcome the likes of Liverpool, Arsenal and Manchester United to the Vitality Stadium.

However, it would also mean they had to embark on one of the longest journeys in English football to face Newcastle at St James’ Park. Last season's trek up to Tyneside in March proved a jolly jaunt – the Cherries' fans able to cheer a 3-1 win all the way home on their six-and-a-half hour drive back to Dorset.

The reverse fixture wasn't much fun for those making the journey from the North East after the Premier League's fixtures computer churned out a Saturday 12.45pm kick-off shocker for them. Dreams of Dorset summer sands for the Toon Army were crushed too, with the match being played on a chilly 7 November. 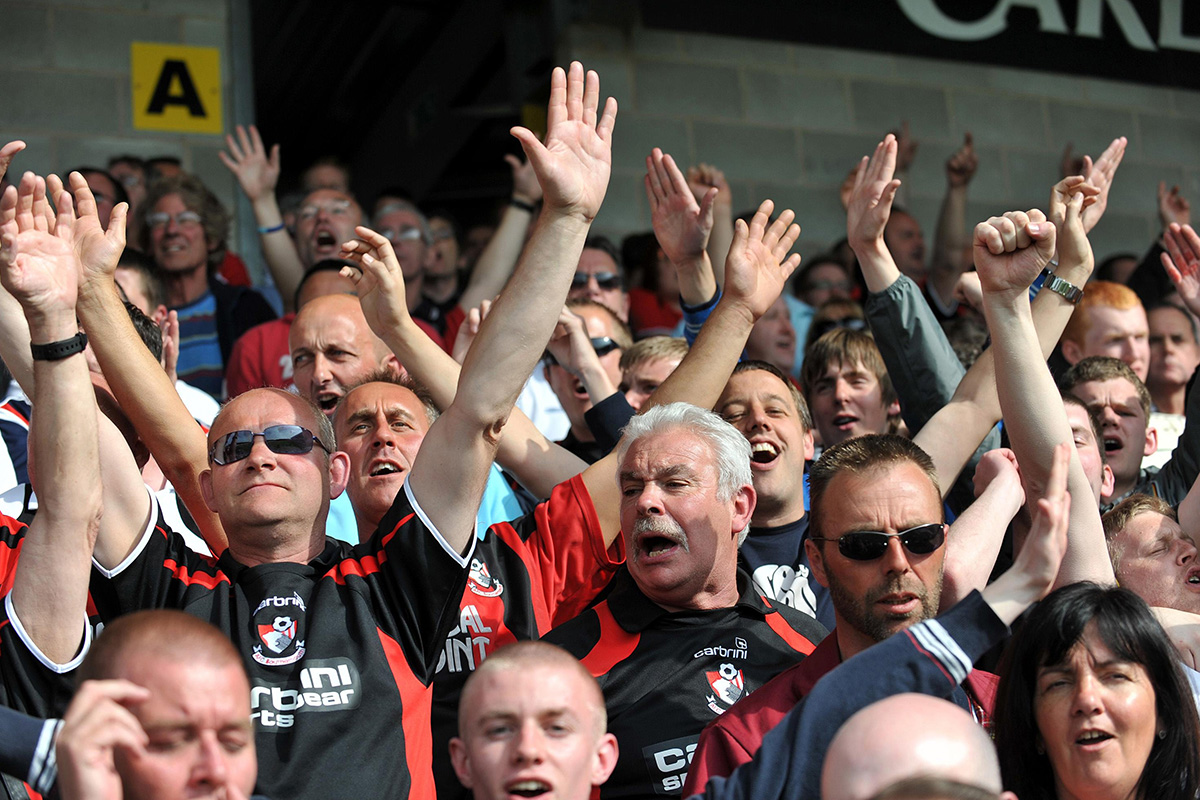 The Newcastle Chronicle reported at the time that for Geordies to make it to the South Coast an hour before kick-off, or to simply allow for the inevitable delays, they would have to set off at 5.30am.

As it turned out, both clubs have experienced differing fortunes since and it could be seen as something of a relief for both sets of fans that the clubs now find themselves in different divisions.

Being from Scotland’s North East coast, Aberdeen fans aren’t afraid of a long journey to cheer on their team. But when a Europa League third qualifying round first-leg draw pitted them against Almaty of Kazakhstan in 2015 it proved a trip not for the feint hearted. 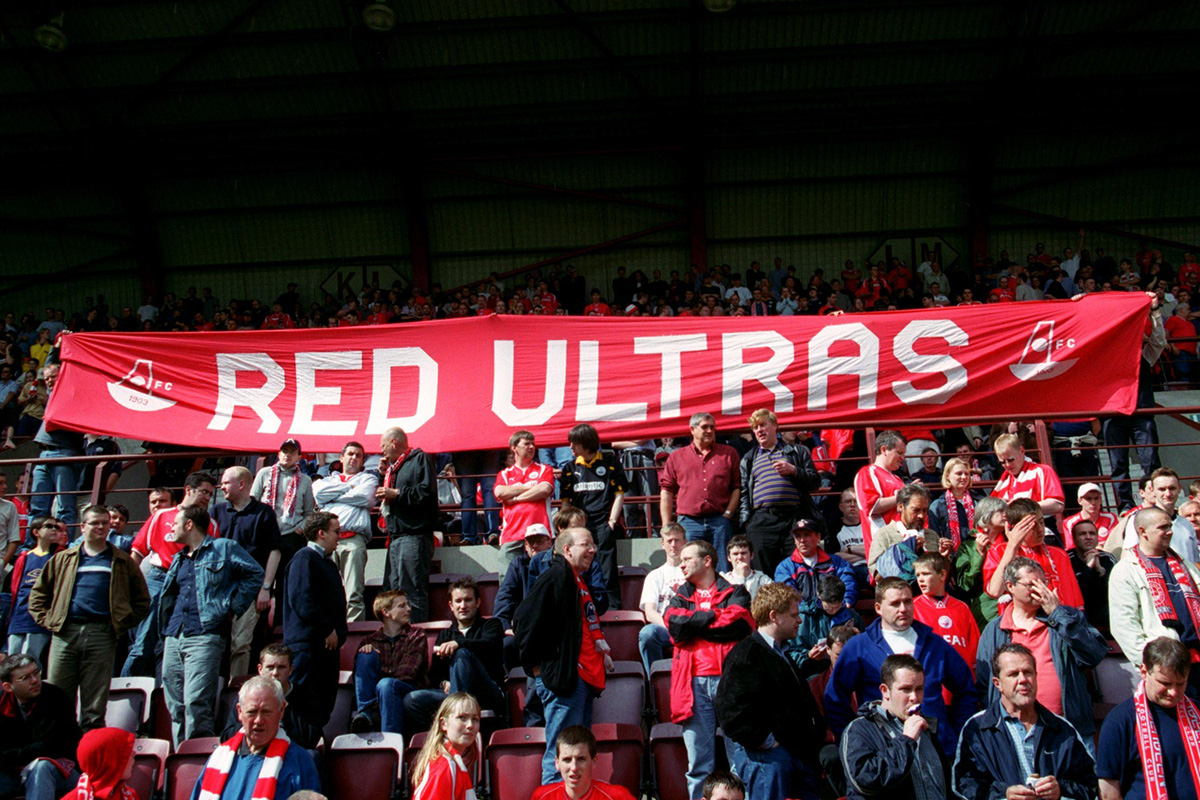 At 3,415 miles one-way – as the crow flies – it was to be the longest distance travelled in a European club competition. For those brave enough to embark on such a mammoth journey their choices were limited; they could either go via London or Beijing and, whatever option they chose it was a 10-hour flight either way at a cost of around £3,000. But what if you couldn't afford the flights?

To make kick-off by car Dons' fans would have needed to set off 87 hours beforehand – and that's only if they were not planning on sleeping. Some 65 hardy souls did actually make the trip; the equivalent of going from London to Glasgow 20 times. The 240-mile door-to-door to Kilmarnock will never seem as daunting again for those fans, again.

Travelling fans in MLS are likely to clock-up more miles than most supporters in world football. Yes, teams are grouped into regionalised conferences, but even these ‘local derbies' can involve 1,000-mile voyages – for example, Canadian side Toronto travelled to America's Chicago Fire, yesterday, for what is their second closest rivalry, in terms of distance. 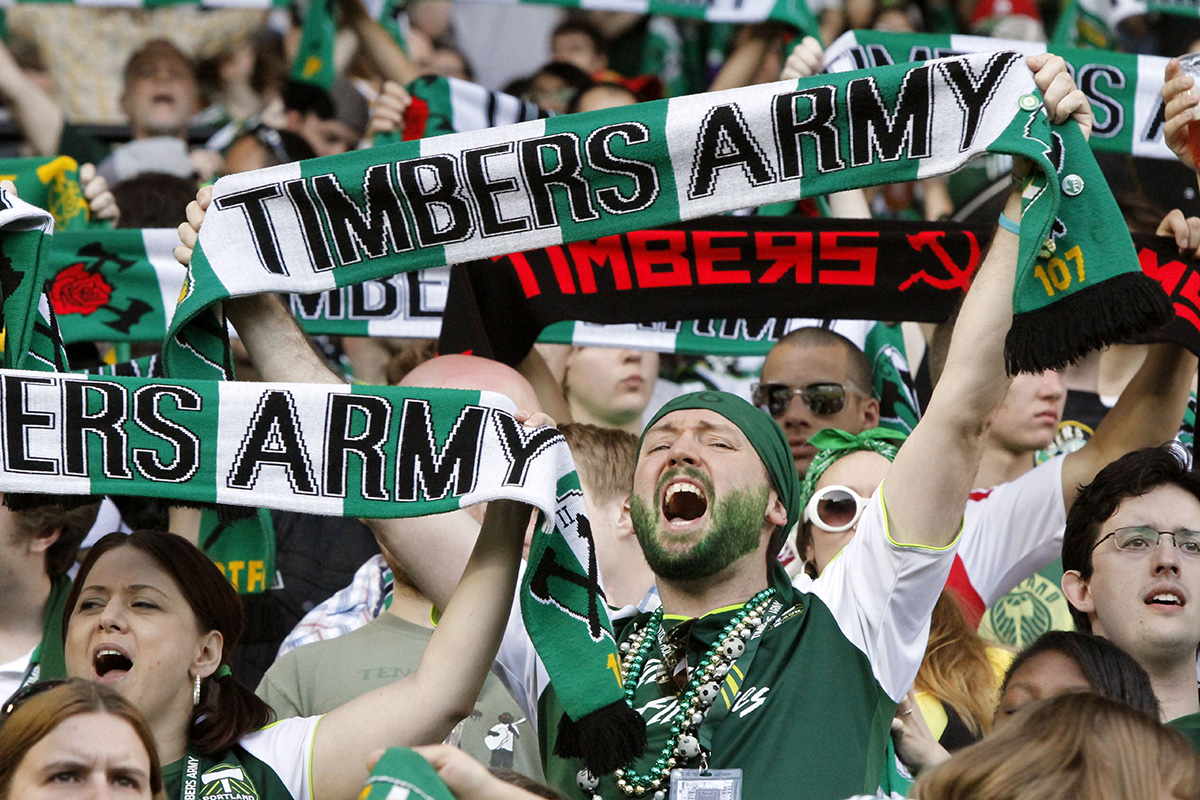 For Portland Timbers fans travelling from Pacific coast state Oregon to Atlantic coast New York, and vice-versa, these fixtures were the very definition of ‘coast-to-coast'.

To give the slog some context, it equates to the same distance as travelling from London to Baghdad – nearly 3,000 miles one-way. For those who fancy a road trip it involves a 42-hour drive, or a 5-hour flight for anyone who wishes to have something left of their week or, indeed, lives, after the 90 minutes has ended.

Nearly twice the size of the USA, Russia is a vast country that spans from Europe to Asia and has six time zones; meaning the loyalty of the most ardent travelling fan is tested to the hilt.

So in 2006 when Zenit made the, ridiculously long, journey to Vladivostok to face FC Luch it’s not surprising that only three hard core fans decided to follow their team to the other side of the country – and almost halfway across the globe. 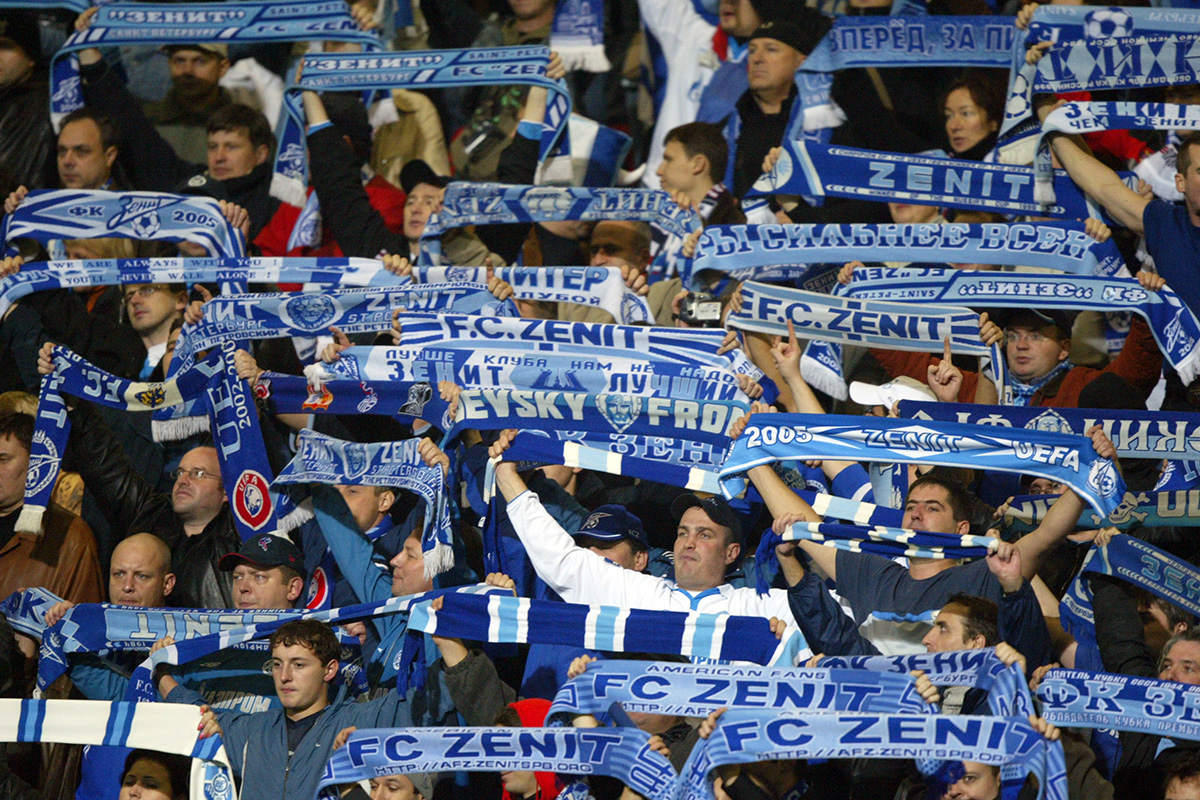 Not keen on the six day, 20-hour train trip and unable to afford the 12-hour flight, the legendary trio decided to drive the 6,000 miles to the coast of the Sea of Japan. Perhaps unsurprisingly, having arrived in the city – just a few more hours driving would have seen them reach the North Korean border – the car carrying the loyal band of Zenit’s finest gave up the ghost.

The three were forced to take the Trans-Siberian Railway back to Saint Petersburg after the match, though, on hearing of their fate the club bought them a new car as a reward for their unrivalled loyalty.

From the island of Tahiti in French Polynesia, AS Tefana travelled almost 10,000 miles to visit Parisian suburb Noisy-le-Sec for their French Cup match due to some quirky rules that still govern the competition.

Thanks to the fact that France has retained some of its former colonies as ‘overseas departments and territories’ – mostly islands around the Caribbean, Pacific and Indian Ocean – the football clubs of these tiny nations are afforded similar rights and privileges to those in mainland France.

Just think of an extreme version of Guernsey playing Thamesmead Town in this season's FA Cup Qualifying Preliminary Round. 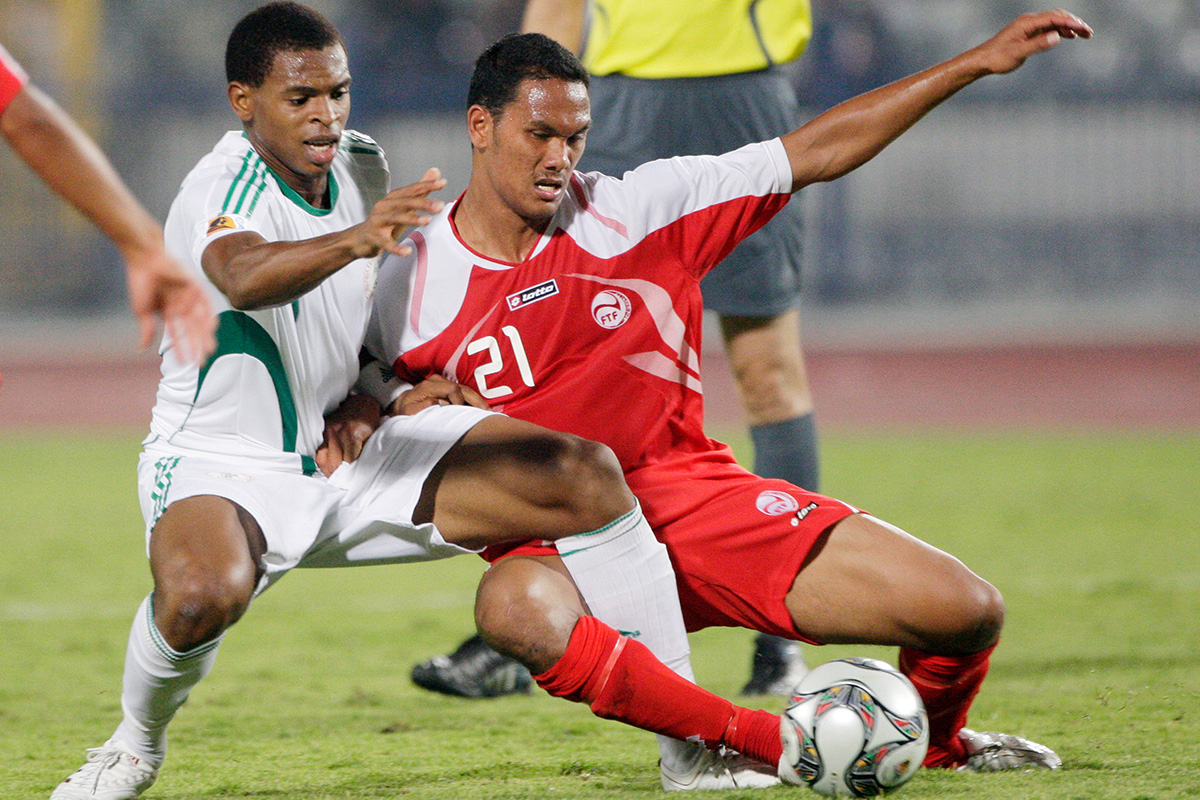 Entry into the French domestic cup competition at the seventh round stage – the point at which amateur and Non-League teams meet those from higher levels of football – is one of the oddities.

The huge journey took the side almost a third of the way around the globe and saw the players issued with new passports, as well as special clothing so they could adapt to the contrast in temperature.

The mammoth trip didn’t seem to impact the Tefana players though, who rose to the occasion and came mighty close to causing, perhaps, the competition's biggest upset – leading Noisy-le-Sec 1-0 until the 75th minute, Tefana went on to lose 2-1 in extra time.

One of the longest trips in ‘domestic' football is Perth Glory against Wellington Phoenix – a clash which takes place in Australia’s A-League.

Although not quite as far as Zenit v FC Luch-Energiya, this journey sees both teams face a 6,000 mile round-trip when the time comes to face each other each season. 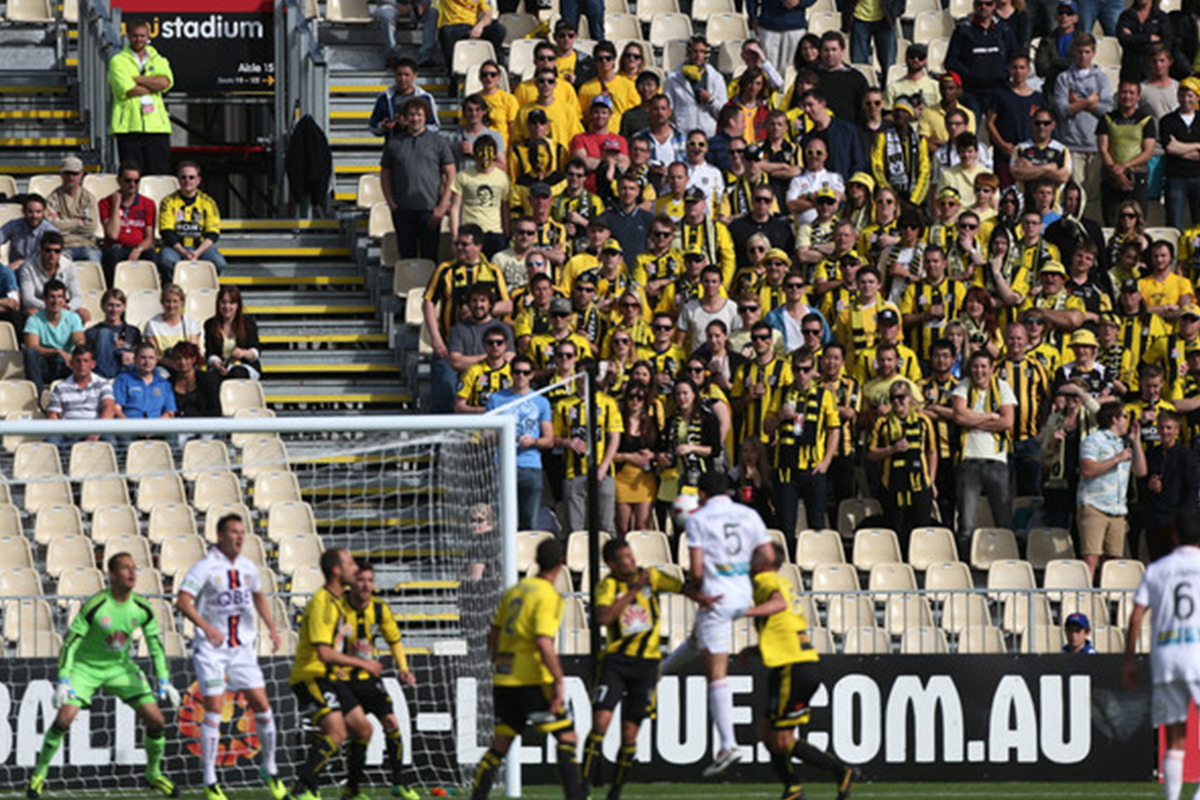 Despite playing games in their homeland, New Zealand, Phoenix compete in the Australian A-League, under licence from Football Federation Australia.

Being situated on Australia’s West Coast, the journey to Perth is either the most dreaded or highly anticipated among supporters of both clubs who, bizarrely, see themselves as bitter enemies.

Phoenix will have to do the honours when the ‘rivals' meet for the first time this season on 16 October at Perth's NIB Stadium; just a cover drive from the famous WACA cricket ground.