All four are buzzwords in the modern era of football which has been spearheaded by innovative managers such as Jurgen Klopp, Jorge Sampaoli, Pep Guardiola, Antonio Conte and, to an extent, Diego Simeone.

These managers have had success by moving away from the traditional way of being shackled by a formation. For example under Simeone Atleti’s width comes from their full-backs and not their wide midfielders. Pep wants his full-backs at Manchester City to drift in field and take up central positions. Klopp’s Liverpool is just a rotisserie of perpetual pressing and movement. There’s next to no room in their squads for specialist positions. These managers, like Arrigo Sacchi, wanted universality.

For hybrid systems, which these managers use, you need hybrid players. Players who are almost capable of playing in any position on the pitch. Footballers these days are expected to be able to merge great athleticism and high energy with intelligence which enables them to play a variety of roles. This need for fluidity has seen extra responsibility placed on midfielders and their importance in teams have soared.

Towards the end of the 00’s many teams had a defensive midfielder paired with a more expressive player at the heart of their midfield. Liverpool had Xabi Alonso and Javier Mascherano. Chelsea had Claude Makelele and Frank Lampard. Arsenal used Cesc Fabregas and Gilberto Silva. It was the norm as teams moved away from the 442 formation and adopted what quickly became the popular 4231 formation.

Football never stands still though and this system started to become a little stale because of the limited players playing in key areas. Opposition teams would look to stifle the creative midfielder and allow the defensive midfielder more of the ball knowing they would have less of an impact because their natural game isn’t to build play it’s to reclaim the ball before giving it to the creative force.

Managers started to look at systems which would enable them to dominate the midfield area. The best way to do it would be to get more players who are confident on the ball into the team and this is what sparked the rise of the multifunctional midfielder.

Slowly but surely defensive midfielders have been replaced with ball players. The thought process behind this is do you really need a defensively minded midfielder in the team who is limited on the ball if you’re looking to dominate the play? It’s doubtful. Instead managers are now using box-to-box midfielders and even attacking midfielders in the deeper role in an attempt to harness their ability on the ball to start attacks from deep.

With teams looking to build from deep there’s also added pressure on full-backs to be confident on the ball which isn’t really part of their traditional DNA. This has lead to managers deploying midfielders in the full-back role to give them that extra layer when they have possession of the ball. As mentioned in a piece here, many top teams are now, or have at some point in the past year, used a midfielder in a full-back role to great effect.

The midfield revolution doesn’t end there though, no. What’s becoming a bit of a theme this season is the use of attacking midfielders in a more box-to-box role.

Because teams press you need players in midfield who are composed and intelligent enough to play in tight areas and enclosed spaces. Your traditional old school b2b midfielder is more accustomed to arriving late in the box to finish off a move as opposed to having to dribble past players before firing home. There are different demands on these players these days and managers have had to adapt.

Pep Guardiola has used David Silva and Kevin De Bruyne in centre-midfield this season. City often come up against teams who look to sit deep and have no interest in dominating possession and instead they look to dictate the space. The idea behind it is if they clog up certain areas City won’t be able to break through. So Pep decided to use creative and intelligent midfielders in a deeper role, players used to having to create space. Those who can unlock the opposition with their movement and perhaps utilise the strengths of the players ahead of them. 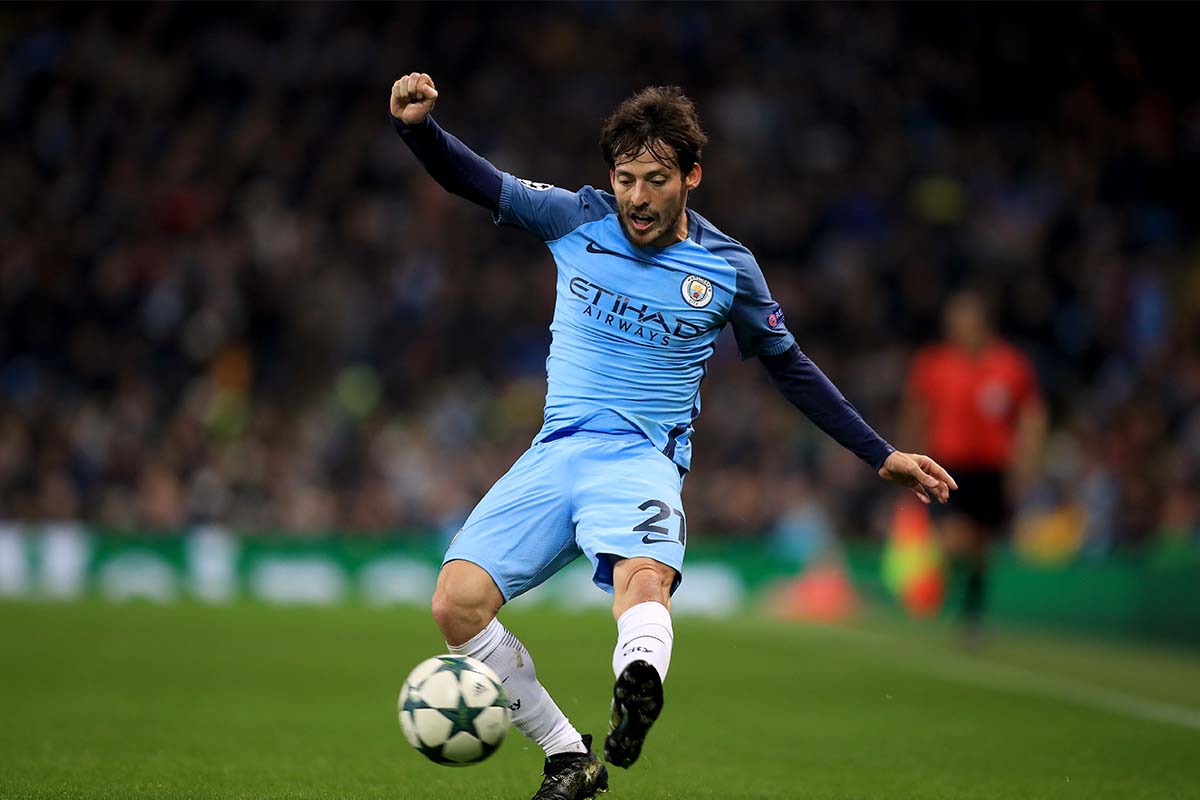 Jurgen Klopp has done similar at Liverpool. Attacking midfielder Adam Lallana has been transformed into a box-to-box midfielder with the Reds making the most of his dribbling ability and movement to break the defensive lines from a deeper position. Not only do teams have to find a way to deal with Roberto Firmino, Philippe Coutinho and Sadio Mane they also have to try to plan for Lallana popping up all over the show. Not content with just Lallana’s positional change, Klopp has decided to use Gini Wijnaldum in a withdrawn role. Making the most of his tendency to play on the half-turn to ensure Liverpool are able to play through a press when in their own half. 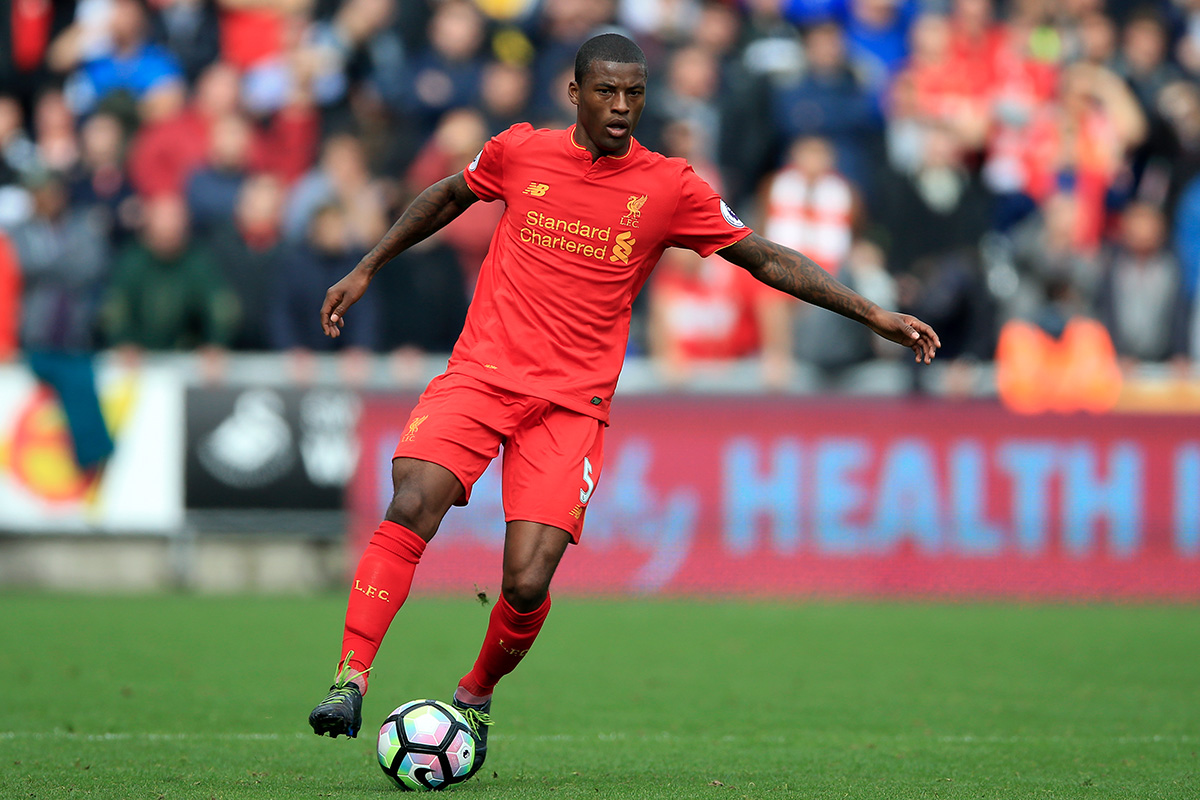 Roger Schmidt, manager of Bayer Leverkusen, has done similar. Not only as he moved centre-midfield Benjamin Hendrichs into a full-back position he’s also switched up Kevin Kampl’s role. Kampl is a wide midfielder/winger yet Schmidt has been deploying him in a central midfield role at times this season due to his ability on the ball and the fact he’s press resistant. Despite moving centrally he’s still completing, on average, 2.2 dribbles per 90, meaning he’s beating men in central areas of the pitch on a regular basis and in the high pressing Bundesliga that sort of player can be vital as you look to prevent getting hemmed in.

Midfielders really are everywhere these days. They’re the poster boys for modern day universality. Managers deploy them in defence as well as attack and it’s because the midfielder's role evolved so these players now have to be flexible just to get games. But it’s this flexibility that allows them to just do a job but to excel in roles which may seem completely foreign to them on the surface. It sounds ludicrous but it may not be too long until a manager fields a team of midfielders.