When Oliver Burke joined RB Leipzig from Nottingham Forest on the 28th of August 2016, he knew he'd made the right decision.

With the likes of Tottenham Hotspur and Manchester United also reportedly keen on snapping up the enormously gifted Scotsman, his reasoning behind choosing to leave for Germany made perfect sense. Put simply, Burke didn't want to join one of England's giants and sit on the bench, be loaned out or to become a forgotten man when a new star signing was bought in.

“You only can only look at your Chelseas and see the amount of talent they have but they’re all out on loan and not getting used,” he said in an interview with Nick Ames of the Guardian.

“You don’t feel wanted by a club when you sign for them for however much and all of a sudden you’re there for two training sessions and they’ve just bought someone for double the amount. For me, it was a no-brainer really.”

In addition, after hearing the Leipzig coaching team's detailed explanation of the team's exciting project, how he'd be utilised and bluntly state what areas of his game needed improvement, the 19-year-old knew Leipzig was the best place for his development. “We were on the plane and they were showing me how they play as a team and, literally, I looked at it and smiled. It was amazing,” he gleamed.

“We were just chatting the whole way to Germany about how I could fit into the team and what role I’d have. Not just saying how good I am as a player, which is also nice to hear, but saying you’ve got a long way to go. Your hard drive is always only halfway (full), or there’s nothing there defensively. It’s empty. I was left thinking, Damn. It’s everything I was looking for.”

Indeed, he felt Leipzig's offer, that guaranteed he'd obtain regular first-team minutes, was one he couldn't turn down, so he duly accepted the challenge to better himself in an environment that's so highly conjucive for learning and getting the best out of players. 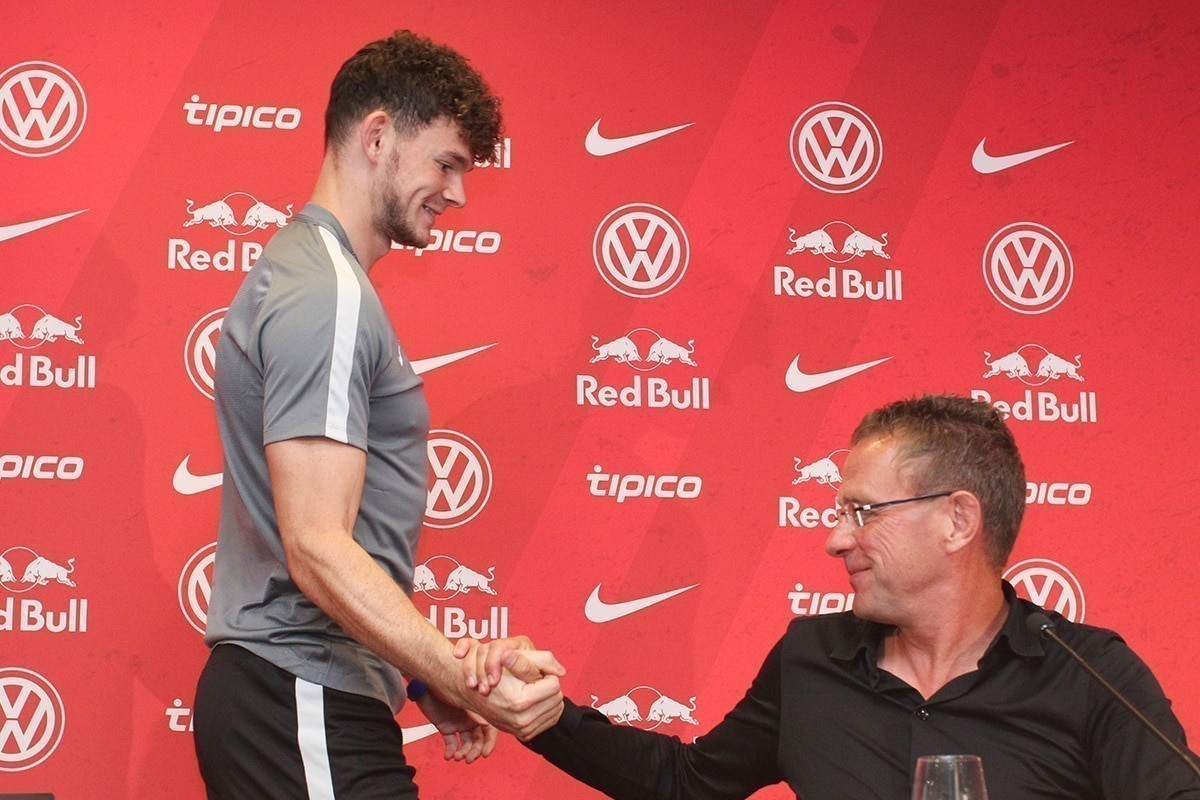 The hefty €13 million Leipzig shelled out for him remarkably made him the most expensive Scot ever and saw him become only the eighth Scottish player to ply his trade in the Bundesliga, following in the footsteps of the likes of Alan McInally and Paul Lambert.

Knowing he needs time to familiarise himself with Leipzig's physically demanding, high octane pressing game, the Red Bulls have cleverly eased him into life at his new home. This has importantly allowed him to build up his fitness levels to what's required to play a full 90 minutes of Leipzig's high intensity football and also to assimilate with his new teammates.

When he's been called into action so far this season, however, Burke's encouragingly grasped his opportunities with both hands, as he's made a hugely promising start to life in Germany. He kicked things off magnificently by providing the game winning assist for Naby Keita on his debut, after coming on in as a second half substitute against Borussia Dortmund.

Prior to the Dortmund match, German newspaper, Bild, noted Burke could be Leipzig's secret weapon, and he certainly lived up to that billing by making a fairytale debut. There really couldn't have been a better way for him to announce himself to the raucous Leipzig home faithful by assisting the club's first ever Bundesliga goal that saw them claim victory in their first ever Bundesliga match.

His manager, Ralph Hasenhüttl, was overjoyed with the youngster's impact, musing: “It's great when you can bring on that kind of quality.There comes a point where you put your heart in your hands and make that kind of substitution. Oliver showed today that he can be a big help for us.”

Then, just two weeks later, Hasenhuttl granted him his starting debut vs. Koln. And he repaid his manager's faith tremendously by scoring within five minutes, in a match where he put in an extremely productive shift littered with upside.

Starting out on the right flank, Burke oozed enthusiasm and energy in everything he did in Leipzig's 1-1 draw with the Billy Goats. Burke exhibited so many of the traits that make him such an exceptional talent, with his searing pace, hulking strength, strong aerial prowess and tidy dribbling skills seeing him act as a constant menace to the Koln backline. 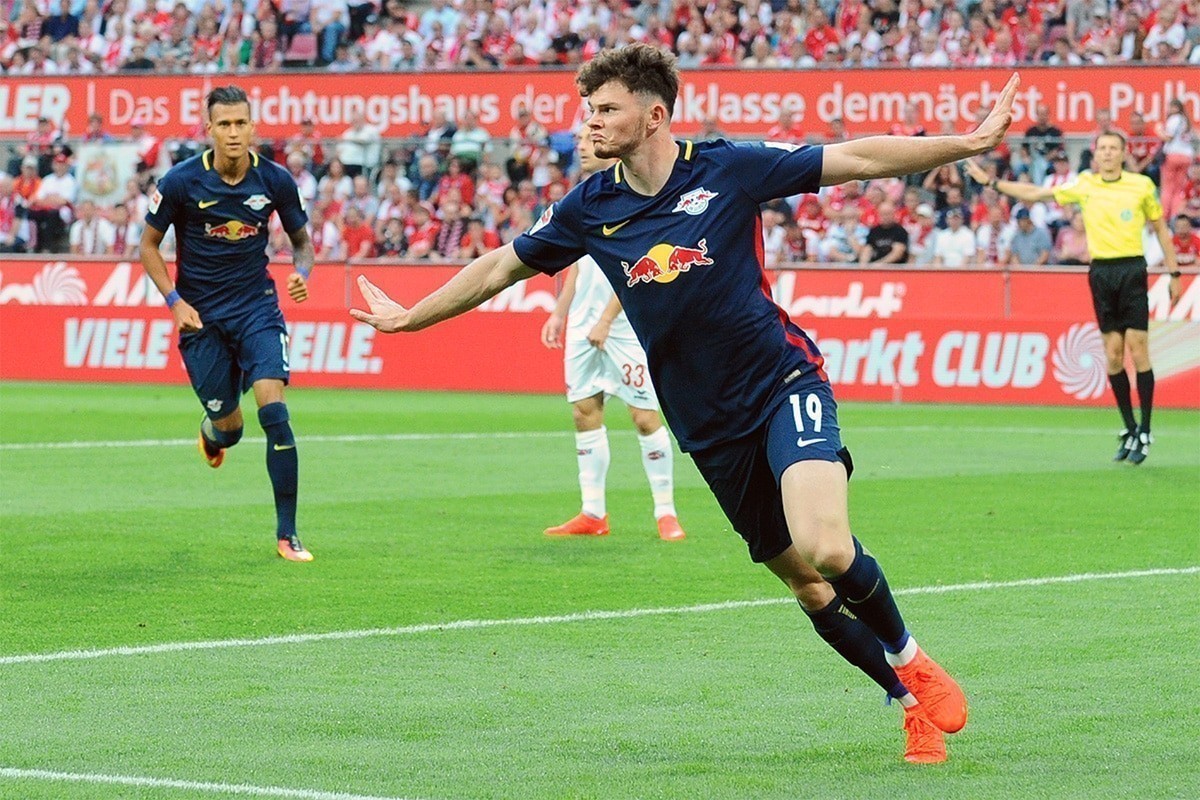 Importantly, his work on the defensive end was just as impressive too, for he relentlessly pressed his opposition with intent, successfully forcing his adversaries into many a turnover. Witnessing such a massive improvement from him in this facet of his game so early into his Leipzig career would've definitely been something his manager would've loved seeing, especially as it's such a key cornerstone of Leipzig's philosophy.

Burke's not getting carried away with his flying start, though, as he knows he's still got plenty of work to do in order to get completely up to speed and become an integral member of this team. “It’s definitely a different style of play because when I was at Nottingham Forest I had the freedom to stay wide and stay attacking,” he insisted. “At Leipzig now, it’s really important it’s not about the individual, it’s a team game. I believe I’m a quick learner.”

He then went onto add: “I need to improve on my defensive areas. As a team we like to defend, and we're really sharp at getting the ball back as soon as possible. I need to work on that.”

As time goes by expect Burke, who's still learning a new language and who shares the same birthday with fellow Bundesliga guns, Franck Ribery and Franco Di Santo, to continue his remarkable upward trajectory as a footballer. After all, there's not many better environments for a young player to continue their progression and to hone their skills in than Leipzig, who boast outstanding facilities and fantastic coaches.

Although it initially appeared a risky decision to move to the Bundesliga, Burke's exemplary attitude towards learning and improving himself, coupled with his bravery to test himself abroad, has seen his decision to join Leipzig entirely vindicated.

Click here to read about 8 Scottish wonder-kids that you should get excited about!