Since making his senior debut for FC Nordsjaelland in November 2015, the unbelievably talented Emre Mor has quickly established himself as one of Europe's hottest prospects courtesy of some encouraging, highlight laced performances for the Danish outfit.

Born in Denmark to parents of Turkish heritage, the 18-year-old started his career with local side Bronshoj, before moving to Lyngby four years later to further develop his craft in 2006. Mor's subsequent nine years at the club saw him rise through the club's underage teams, with his eye-catching skillset inherently also ensuring selection to the Danish youth squads.

While his talent was undeniable, his volatile temperament had always been a major question mark surrounding him.

“When he first came into our system, he was a very small player. An extremely small player who could do extraordinary things with the ball. He was also a very temperamental player,” explained his former Danish youth coach, Per Holm.

“He was a very talented footballer, but he also got extremely angry, and therefore he was often kicked down. He was a player who we knew we had to help rein in his violent temper, “said Holm.

This propensity to emphatically make his feelings known was reportedly why Lyngby made the tough call to let him leave in 2015, with Mor apparently vigorously voicing his frustration about his lack of playing time in the U19s. The club subsequently released a statement on the issue that duly noted their displeasure.

“The decision is based on an overall assessment that means we do not see ourselves in a position to redeem Emre's potential while not compromising the values ​​that we stand for in Lyngby Boldklub.

“We will not, of course, and so is the natural consequence of the termination of the contract. We wish Emre good luck in the future,” it read.

Mor responded in fascinating fashion by suggesting he did nothing wrong at all. “I would say that I definitely lived up to the club's values. I have proven that over several years,” he mused.

“From my point of view, I've long desired to move forward when I no longer feel I'm getting the most out of my development at Lyngby.”

And when Nordsjaelland came knocking, he jumped at the chance to join the team excellently nicknamed “The Wild Tigers”.

Having started life at his new side in the U19s, Mor quickly earned promotion to the first-team as a result of some scintillating displays. It was clear he was ready for the step up, with his magnificent technical gifts primed and ready to be tested at the professional level. Although he only received six minutes of action at the end of his debut match against Randers, he was propelled into the starting lineup by then manager, Olafur Kristjansson, for their following game with Brondby. A valuable 70 minute spell afforded to him by the Icelandic tactician here was undoubtedly a great learning experience for the diminutive attacker.

Even though the inordinately gifted Mor didn't have things all his own way, as he at times struggled with the physicality and aggression of his more battle-hardened opponents, his 13 Superliga appearances were largely productive and full of upside. Indeed, bagging two goals and two assists in his 973 minutes of action served as a testament to his quality.

While the versatile prodigy, who can be deployed out wide, as a number 10 or even as a false 9, boasts frightening acceleration, razor sharp agility and an innate ability to find space, his spectacular genius on the dribble is unquestionably the most breathtaking aspect of his game.

The glue like control he possesses, combined with his capacity to shift the ball away in an instant to outfox defenders, has unsurprisingly seen him draw comparisons to a certain Lionel Messi. While the next Messi tag is a label that's frequently thrown around at will these days, there is, however, definite similarities between Mor and the legendary Barcelona star. 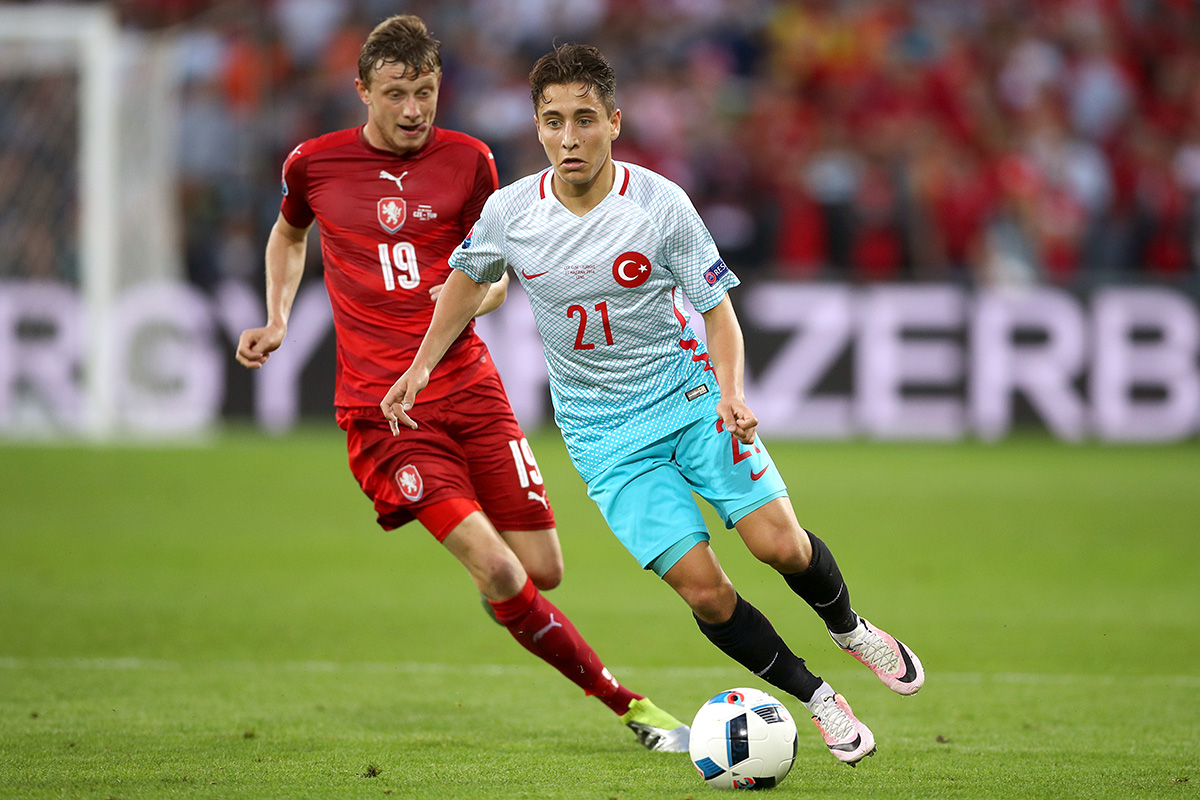 The fact Mor is also left footed and his unmistakable dribbling style is very reminiscent to that of Messi are the obvious starting points. Moreover, the duo's lack of height, manoeuvrability in tight spaces and low centre of gravity further accentuates their resemblance.

Kasper Hjulmand, his most recent manager at Nordsjaelland, sums the starlet up aptly. “What he is capable of is extraordinary. He has got so much speed in his feet, and he is so unpredictable,” he gleamed.

“Just when you expect him to pass, he makes another dribble instead and changes direction. And when he does that, you do not catch him – that is plain impossible.”

Importantly, his attitude has notably improved since arriving at the Wild Tigers, with no signs of his previous petulance evident whatsoever. “He has taken a gigantic leap recently when it comes to being able to play with the absolutely best,” noted Holm.

“He has learned to work hard, and he has matured as a person, so he can also use his temper in a positive way.”

Having featured for Denmark at U17, U18 and U19 level, Mor's encouraging form at club level had also captured the attention of Turkey coach, Fatih Terim. Following plenty of careful consideration, Mor made the brave call of opting to represent Turkey. After some issues finalising his citizenship, his switch of allegiance was finally complete in early 2016.

“The reason that Emre is here is that he is a player who is out of the ordinary,” insisted Terim. “It was a difficult process but I think it was worth it.”

Inevitably, after spending his entire footballing life in Denmark, the decision wasn't well received in the country of his birth. “It is unfortunate that we lose such a player, because Denmark is a small country,” stated Danish coach Age Hareide. “We can’t do very much about it. It is very much about the player’s own feelings.”

All it took was one game for Turkey's U21 side and then Terim called him up for the senior team. Mor went onto make a sterling debut vs Montenegro in May and he hasn't looked back since, as his wicked form at Euro 2016 has completely vindictated his choice to represent Turkey and Terim's faith to select him.

In his two appearances at the summer showpiece, Mor's electrifying pace and sublime dribbling injected some real excitement into an otherwise disappointing campaign for the Crescent Stars, who bowed out at the group stage.

With Borussia Dortmund shrewdly winning the race to sign the youngster, amid interest from the likes of Liverpool and Manchester City, for just £5 million, the turning point in his decision came courtesy of a phone call from Dortmund's outstanding manager, Thomas Tuchel. “I was not even thinking about Dortmund, but then I got a call from Thomas Tuchel and he told me directly that he wants me at the club and that he has big plans for me,” Mor recalled.

“If it was not for Tuchel I probably would not have joined but he convinced me where nobody else could.”

Working under the expert tutelage and highly disciplined Tuchel should work wonders for his progression as a footballer. Combine this with Mor's newfound maturity, both on and off the field, and the move appears set to be a match made in heaven for his career.

Although he's just 18, it's been fascinating to see how well the enigmatic dynamo has adapted whenever he's stepped up in class. It'll be once again very intriguing to observe how he does with the massive transition to the might of the Bundesliga.

He's got all the talent and the perfect environment needed to succeed, but only time will tell if he, in fact, can.