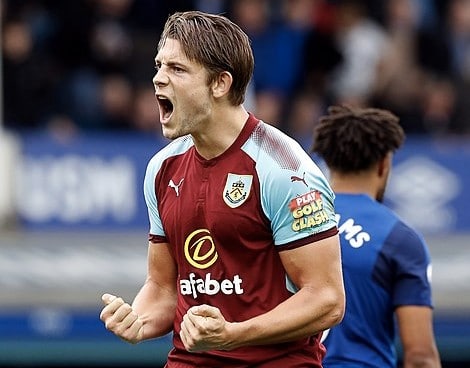 Relegation from the Premier League is never easy on a player but, fortunately, there are always a handful of gems that quickly find their way back to the top flight.

The likes of Georginio Wijnaldum, Andy Robertson, James Milner, Mark Viduka, and Roy Keane can attest to this. All were immediately snapped up following their relegation from England’s top division.

But which players could follow a similar career trajectory this time around?

Here are a handful of relegated players who could be back in the Premier League this season:

Watford winger Ismaila Sarr has long been linked with a move away from the struggling Hornets. A move to a bigger club has, however, yet to come about. He started the campaign in fine form, scoring four goals in his first six matches.

But injuries and poor form from his team as a whole have led to a disappointing end to the season. That said, there is certainly plenty of potential for Sarr to shine with better players around him. A side in desperate need of some creativity out wide could do with the Senegal international bursting down the right-wing.

Like Sarr, Norwich defender Max Aarons has also been attracting interest from some of the biggest clubs in the Premier League. But that interest hasn’t stopped in England, with Bayern Munich reportedly targeting the full-back last year.

This summer, it is Arsenal, Tottenham Hotspur and Manchester United reportedly keeping tabs on the 22-year-old. Newly-promoted Fulham are another side who could make a move, with Aarons seemingly destined for bigger and better things than the Championship, with all due respect.

Burnley goalkeeper Nick Pope could be one of the hottest prospects in the market this summer. He will definitely have many suitors in the Premier League, given both his ability and his experience in the top flight.

His club future is, of course, important for his international future. The shot-stopper has been included in Gareth Southgate’s latest England squad but could lose his place if he finds himself playing regularly in the Championship. West Ham boss David Moyes is reportedly eyeing a move for Pope in the coming weeks. 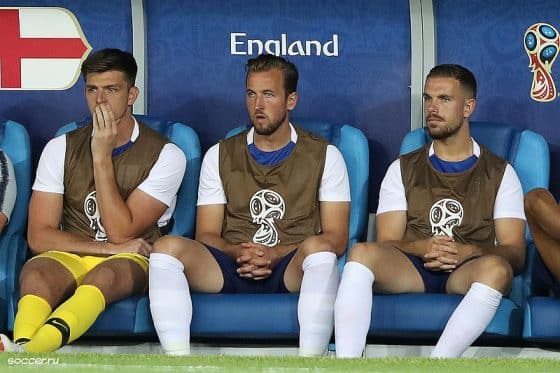 Pope’s Burnley teammate Maxwel Cornet will also most certainly be targeted this summer. The winger hit nine goals in his 26 appearances this season, with his club managing just 34 in total. The 25-year-old can also play centrally, and his versatility and talent will be highly sought after.

There could be a mass exodus at the club in order to raise funds and fight again for the Premier League, and it will quickly become clear that Cornet deserves to be playing top-flight football right away. The latest reports strongly suggest that this could happen, with the Ivory Coast international’s contract containing a relegation clause, as reported by The Athletic.

Another forward who could be in demand this summer is Watford’s Emmanuel Dennis. Again, the Hammers have been closely linked to the 24-year-old. He found the back of the net ten times for the Hornets in the recent campaign.

And like Cornet, Dennis is capable of playing anywhere along the front line. As a starter or a super-sub, the attacker would be a welcome addition to many Premier League clubs needing some extra firepower. Could the likes of Leeds, Southampton or Brentford come calling?

Another Burnley man who could seek a higher level of football is winger Dwight McNeil. He has most certainly had a dip in form, recording just one assist this season. But perhaps more worryingly was his zero goals, especially given how the likes of fellow wingers Mohamed Salah and Son Heung-min have excelled in front of goal.

Perhaps the Clarets attacker just needs stronger options around him, and someone may just give him a chance to prove that next season. There is clearly plenty of ability there, with his dangerous left foot attracting interest from Manchester United once upon a time. The mind wanders back to the likes of Todd Cantwell, who enjoyed a stunning Premier League season not so long ago, before massively falling under the radar.

Another player linked with Man Utd over the years has been Burnley defender James Tarkowski. The centre-back has shone in a struggling Clarets outfit, putting in monstrous shifts at the back alongside fellow talented partner Ben Mee.

Conceding goals really hasn’t been the major issue for Burnley, with the goals scored column undoubtedly doing the most damage in the recent campaign. Tarkowski has plenty of big-game experience and definitely knows how to be a leader at the back.

The outsiders with a chance of a Premier League return

There are, of course, a handful of other relegated players who will want another chance to showcase their skills on the big stage. Norwich striker Teemu Pukki may be one such player. The age-old debate of class difference between the Premier League and Championship will go on, but the Canaries striker has shown time and again that he can do it at the top level.

In four seasons in English football, the Finland international has hit totals of 29 and 26 in the Championship, and 11 in his two Premier League campaigns. While it is a drop in numbers in the latter, there are unquestionably top-flight clubs who would want a ten-goal-a-season striker in their team. 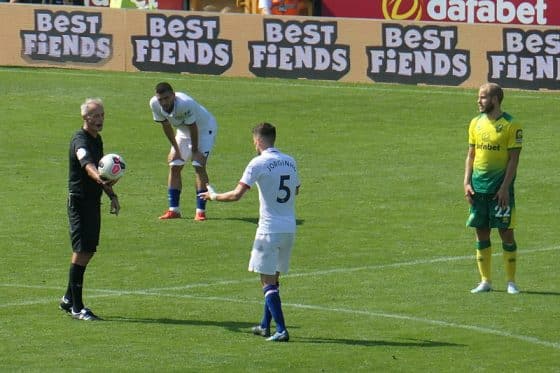 Pukki’s fellow striker Wout Weghorst will also fancy his chances of returning to a higher level. The only reason he may miss out on Premier League action, however, would be through a move to another European league. Dutch side PSV are reportedly interested in the towering forward.

His Burnley teammate Josh Brownhill could be a slight underdog when it comes to high-profile Premier League returns this summer. He enjoyed a strong campaign in the middle of the pitch, with his energy and tenacity potentially game-changing for some smaller clubs needing a bit of bite in their midfield.