If it feels familiar, that's because it is.

2018/19 marks the first time in Premier League history that the top six have been made up of the same half-dozen teams for three years in a row. Were it not for the bizarre year that was 2015/16, the streak would stand at five.

It wasn't always like this, although the upper reaches of the English top-flight have never been free of stalwarts. 2013/14 aside, Manchester United have been in the top six every year since 1989/90. At least three of the current ‘Top Six' have been sixth or higher in every season since 1995/96. 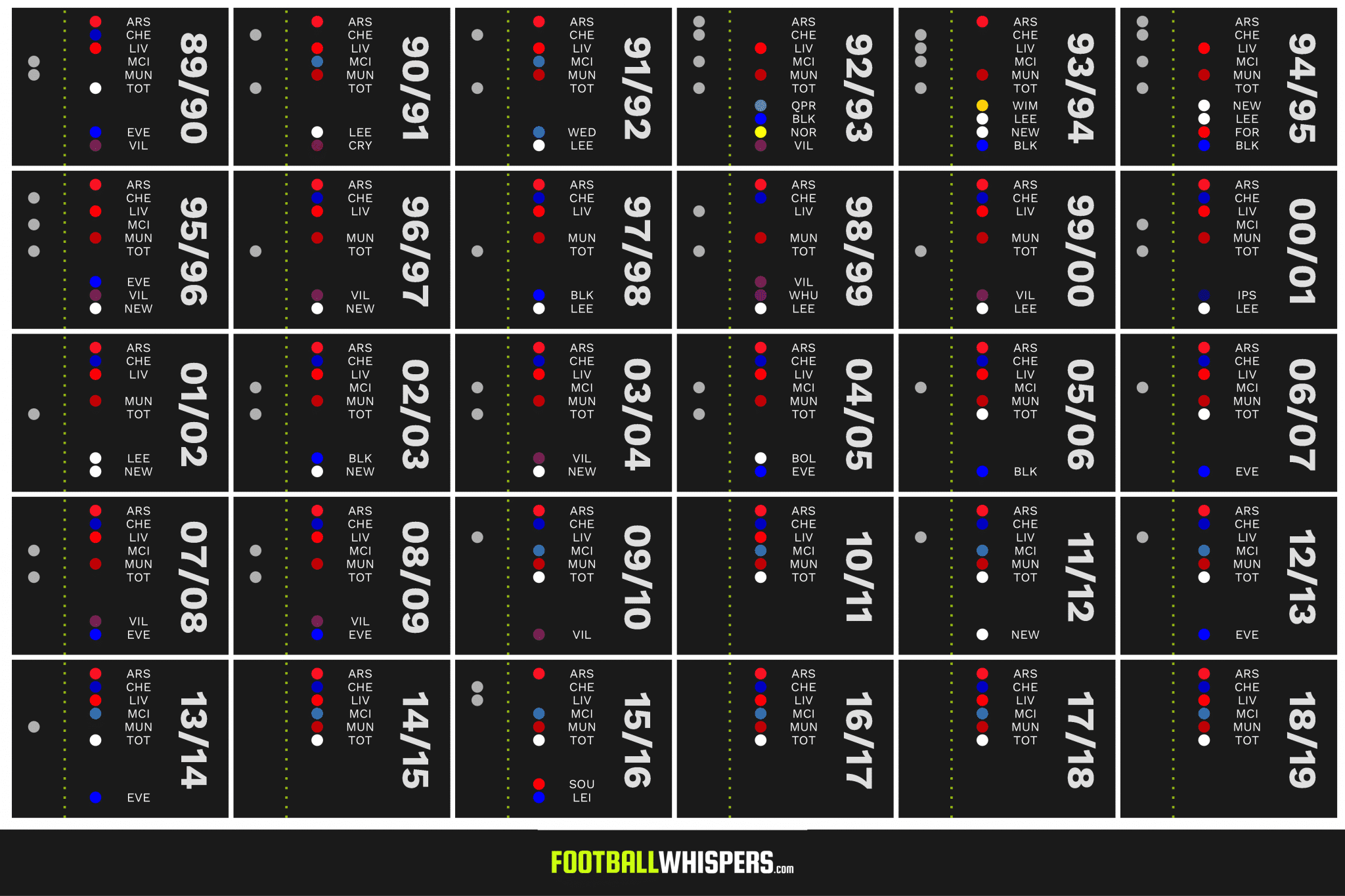 Of course, the meaning of sixth-place has changed over time, and mid-2000s saw several teams — Bolton Wanderers, Blackburn Rovers, Aston Villa, Everton — take up UEFA Cup spots that, at the time, weren't considered too valuable. That said, Chelsea fans will point to the fact that they were a perennial top-six side since 1996/97, predating Roman Abramovich and his millions by over half a decade.

It's usually been points totals and titles that have been used to show the dominance of the top teams in the European major leagues. This is the first time Europe's current top five men's leagues have had repeat champions, for example. But looking at the English top six gives a truer sense of the exclusivity that has embedded itself in the Premier League.

The current state of affairs has been the same, with a bit of variation, for close at least a decade now. Collapses from Liverpool, Manchester United, and Chelsea teased a phantom sense of possibility.

While sporting success and money have always been inextricably linked, it's a sign of the impermeability of modern football's elite that we're now looking at whether anyone else can achieve sixth-place. It used to be the ‘Top Four'.

Will anyone break the new ‘Top Six'? With Manchester United and, to an extent, Arsenal undergoing rebuilds, Wolves fans might have hope. But despite United's floundering, they only missed out on sixth in 2013/14.

The barrier to entry seems much larger too. The ever-informative Swiss Ramble shows the revenue for Premier League clubs in 2017/18. Although Tottenham may have started out scrapping their way to the top six on a lower budget, they're now truly part of the club.

#Swans had the 18th highest revenue in England, exactly in line with their final league position, only ahead of Huddersfield Town and WBA £125m, around the same as Watford and Stoke City. For more context, they were a quarter of a billion below 6th placed Tottenham. pic.twitter.com/rYGN25UGMl

Will things change? Can things change? With the teams at the top (with some notable exceptions) combining brains with financial brawn, the answer doesn't look much like a ‘yes'.