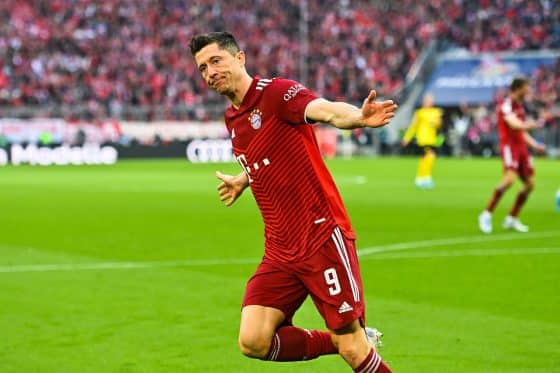 Robert Lewandowski has proven time and again that he is one of the greatest strikers that football has ever seen. But what does the future hold for the Poland star?

Lewandowski has just finished another hugely successful season with Bayern Munich, both as a team and individually. The German side won their 10th successive Bundesliga title, with their star striker scoring 35 goals along the way.

His efforts saw him clinch the league’s Golden Boot for the fifth season running, and the seventh time overall. It places him level with the legendary Gerd Muller. But if the latest reports are to be believed, the Polish icon now wants a change, and is eager to leave Bayern this summer.

Those in the upper echelons at the German outfit are, however, very reluctant to let their star player go. That is according to Sky Germany. His contract expires next summer, with his current owners currently trying their hardest to make sure that the deal is completed until the very end.

If Lewandowski does eventually get his own way, it will be a premature exit. But where could the 33-year-old end up? Here are some possible destinations:

When it comes to Lewandowski’s future, all roads seemingly lead to Camp Nou. There are strong rumours linking the striker to the Catalan club, who are currently undergoing a major transition under Xavi.

The boss is keen to build a new squad around talented youngsters such as Gavi and Pedri, but such youth would be hugely improved alongside an experienced player like Lewandowski.

The forward has been playing at the very highest level for some time now, and could provide the club’s youth with key expertise and advice as they look to improve both on and off the pitch.

The attacker has one Champions League title to his name, but importantly has been one of the best players the competition has ever seen. He sits joint-third with Real Madrid striker Karim Benzema in the all-time scoring list with 86. Notably, however, it has taken the Bayern Munich man 36 games fewer to reach the impressive total.

The pair could play out a hugely entertaining battle for La Liga glory should the Pole make a switch to Spain this summer.

Barcelona have been absent from the latter stages of Europe’s elite competition for too long, but a player as lethal as Lewandowski could change their fortunes immediately.

While the Catalan club may be considered favourites to land the Poland star, it would be foolish to rule out a swoop from Premier League giants Chelsea. The Blues are seemingly always in the market to improve their current squad, and importantly now have money to spend after a tricky spell in terms of finances.

Another major reason why the London outfit could show an interest is their lack of talented options when it comes to strikers. Romelu Lukaku’s return to Stamford Bridge certainly didn’t go to plan, with the Belgian set to be back in Italy for the upcoming campaign.

His absence leaves a gap in the centre, one which could be filled perfectly by the Bayern legend. With the likes of Mason Mount, Christian Pulisic, Hakim Ziyech and Kai Havertz around him, Lewandowski could have a field day in the final third.

Chelsea have been missing a clinical striker for some time, and if ever there was a player who knew exactly where the back of the net was, it’s Lewandowski. He boasts 344 goals in 374 Bayern matches. And that is after he netted 103 times in 187 matches for Borussia Dortmund. 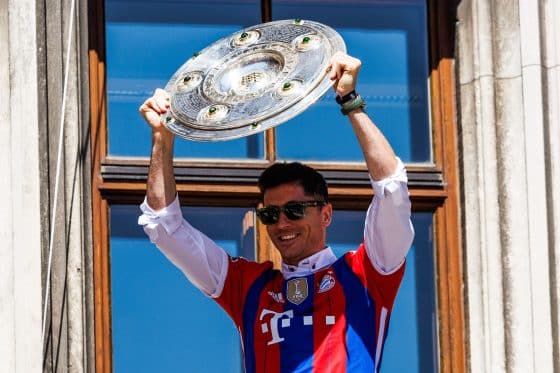 Another club that will have links to countless big-name players this summer is Manchester United, given just how many players they need to come in and help turn things around at Old Trafford.

Perhaps the appointment of Erik Ten Hag was the priority for the Red Devils, but that has been achieved, and now it is time for the arrival of several talented players as the club looks to make it back to the big time. The likes of Christian Eriksen and Antony are seemingly top of the list for the new boss.

But Lewandowski’s name has also been mentioned in many reports when it comes to Man Utd’s targets. Both West Ham and Leicester – who finished below the Red Devils in the league last season – outscored the Manchester outfit, so attack is certainly an area that Ten Hag will want to address.

Cristiano Ronaldo looks to be content for another campaign, but an out-and-out striker is perhaps more suited to the new manager’s system. He relied on former West Ham man Sebastien Haller in recent times at Ajax, and could turn to Lewandowski to carry out a similar role.

The Polish star is more than capable of leading the line on his own, and may just be the natural goalscorer that United have been missing for several years now. He has clinched the European Golden Shoe for the last two years, with totals of 41 and 35 respectively.

What will Lewandowski bring to his new club?

As mentioned, the striker has a wealth of experience, and an ability to find the back of the net better than most. It began with a handful of clubs in his native Poland, before the world was introduced to his incredible goalscoring ability while playing for Borussia Dortmund.

There, he helped bring much success to the German side, lifting two Bundesliga titles and a DFB-Pokal, with the club falling painfully short in the 2012/13 Champions League final against his future side Bayern.

Eight successive league titles with the Bavarian outfit followed, with the striker hitting double figures in each campaign. This was accompanied by three DFB-Pokal victories, and the aforementioned Champions League win in 2019/20.

For Poland meanwhile, the captain is by far the most-capped player for his country with 132 appearances, as well as being the country’s leading goalscorer with 76 goals. Those numbers will continue to grow as Poland continue to battle it out on the big stage, with their hopes at the upcoming 2022 World Cup set to rely heavily on the shoulders of Lewandowski. 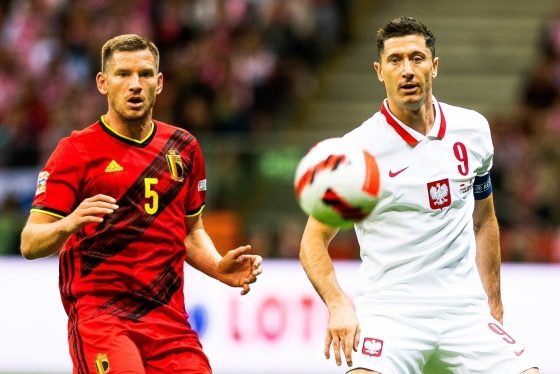