Ander Herrera's rumoured departure was not part of the plan for Manchester United this summer.

The Basque midfielder, whose deal at Old Trafford expires at the end of the season, has a new contract offer on the table to stay at the club he joined in 2014. But it is now being widely reported that the 29-year-old has a more lucrative proposal from Paris Saint-Germain, one he is likely to accept.

A squad overhaul was already on the cards, with Ole Gunnar Solskjær, recently confirmed as permanent manager after impressing in a caretaker capacity, set to be backed with new arrivals at centre-back, right-back and right-wing.

With the likes of Jadon Sancho, Aaron Wan-Bissaka and Kalidou Koulibaly said to be among United's top targets in other departments, the Red Devils ideally need a midfielder who can compliment Paul Pogba, fill in for Matić in the deepest midfield role and replace the thrust and bite that will disappear with Herrera's potential exit – and all without breaking the bank. 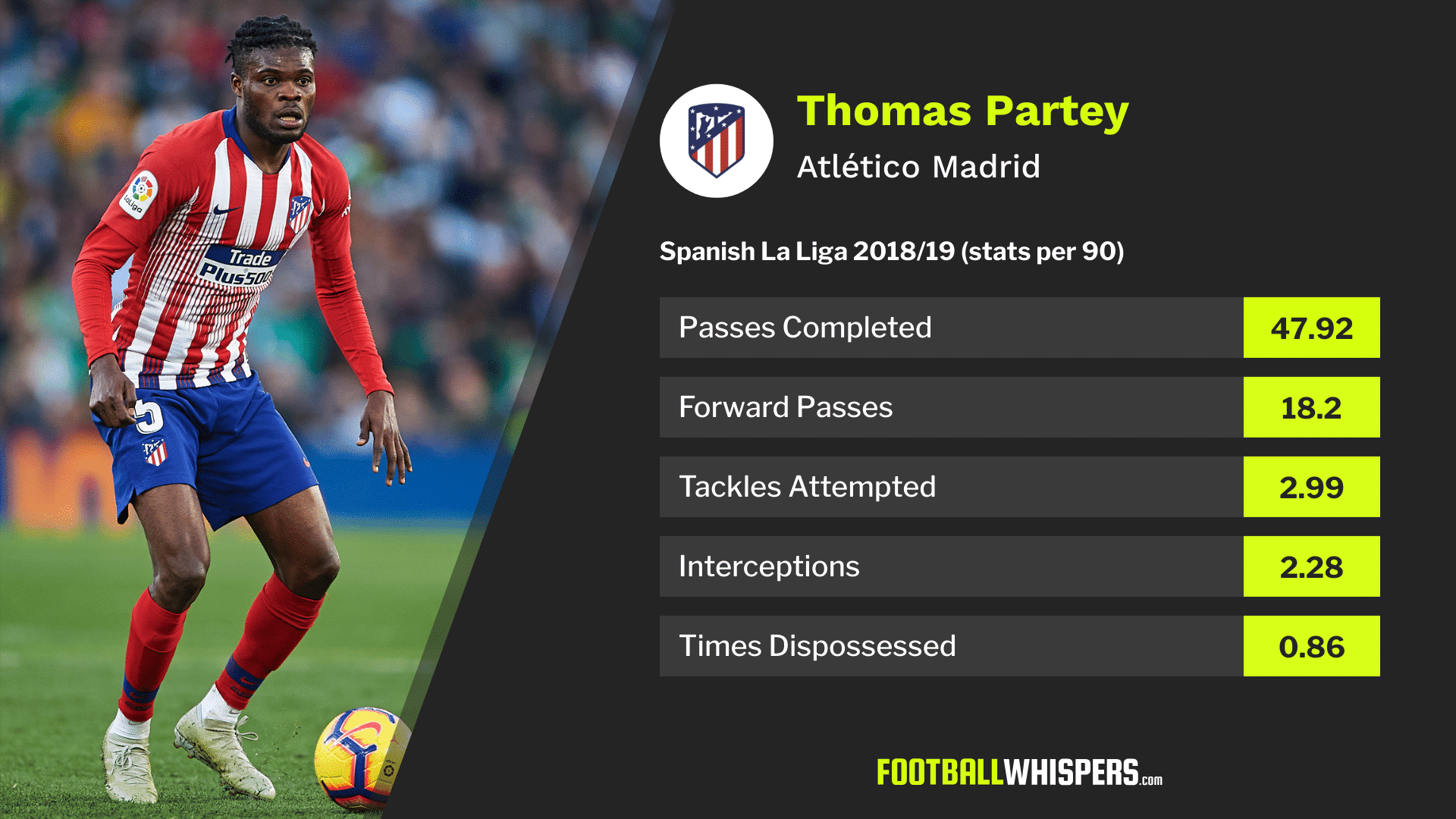 It's a role Fred was signed to fill, having demonstrated an ability to perform to a high standard in both a protective and instigative remit while impressing with Shakhtar Donetsk in the Champions League, thus convincing United to make him the fourth-most-expensive signing in their history last summer.

And the Brazil international may yet come good; his performances have been far from disastrous and there have been sparks of inspiration in recent displays. But further refinement of his passing and positioning is required and, almost a full season in, he still appears out of sync with his colleagues.

Partey would be a more dependable option. Having starred in both La Liga and the Champions League for Atleti, the Ghanaian is tried and tested at the very highest level. And, schooled in Diego Simeone's system, he has the discipline and tactical intelligence to perform reliably and with minimal errors even through a period of adaptation.

And with a reported release clause of £43million, by modern standards Partey would represent somewhat of a bargain; cheaper, indeed, then Fred.

Stationed alongside Manchester City target Rodri this season in the centre of the Atlético midfield, Partey combines energy and ball-hunting ability out of possession with precision and smarts on the ball.

A threat from distance, the 25-year-old has scored three times this term, while his eye for a final pass has seen him chip in with three assists. When on international duty with Ghana, Partey operates on a longer leash, more free to roam and burst forward, his effectiveness in such a role is evidenced by seven goals from 17 caps.

Control or contain, Partey has constantly shown he can do it all. His average of 47.91 passes per 90 in La Liga this season is only marginally shy of Herrera's 53.42, despite the fact United average a greater share of possession than Atleti (53.5 per cent to 48.7 per cent). And with 29.45 to 27.83, Partey completes more passes in the opposition's half per 90 than Herrera, showing the Ghanaian's ability to play on the front foot.

A robust 6ft 1ins, Partey is a difficult man to shrug off the ball, while his close control and skill in confined spaces allows him to play through pressure and break lines with his dribbling – he completes 1.52 take-ons per 90, compared to Herrera's 0.7.

Aside from loan spells with Mallorca and Almería, Atlético are the only club Partey has ever known as a professional. And he is in no rush to depart the Wanda Metropolitano. “I’ve grown up in Atleti and I am sure I will stay here,” he told Cadena Cope recently. “I don’t know of another place that will understand how I play like they do here.”

But, equally, new challenges do not faze Partey. While still a teenager, he was scouted playing in Ghana and given the chance to attend a trial with Atleti. Partey's father – who was also a footballer – was aware of interest in his son, but the day the young midfielder was told it was time to travel to Spain, no one in his family was aware he was leaving. He left, in pursuit of his dream, without saying goodbye.

“I travelled and I arrived in Spain six or seven months before anyone realised I had left Ghana,” he told Marca of leaving his homeland so young. “I always go where it feels right.”

And Partey certainly seems right for United. It is shaping up to be a busy summer – for both incomings and outgoings – at Old Trafford. His combination of quality, versatility and experience, all at a relatively low cost, makes Partey a player United can't afford to ignore.