Jose Mourinho sprinted off down the touchline, a gleeful bounce in his step. His Porto side had all but eliminated Manchester United from the Champions League. It was 2004 and the Portuguese was still a relative youngster in managerial terms. Even with two domestic titles and a Uefa Cup success under his belt, he had a lot ahead of him. His celebration in front of a silenced Old Trafford crowd was merely the latest moment in what he considered the fulfilment of destiny.

With a last minute goal, Mourinho’s Porto would progress, at the expense of Sir Alex Ferguson’s Manchester United, into the quarter-finals of European football’s elite club competition. They would go on to win the tournament for only the second time in their history, defeating Monaco 3-0 in the final. The triumph was a momentous one for the club, but was arguably even more so for football as a whole. It catapulted Mourinho, still only 41 years-old at the time, into the upper echelons of management within the game. 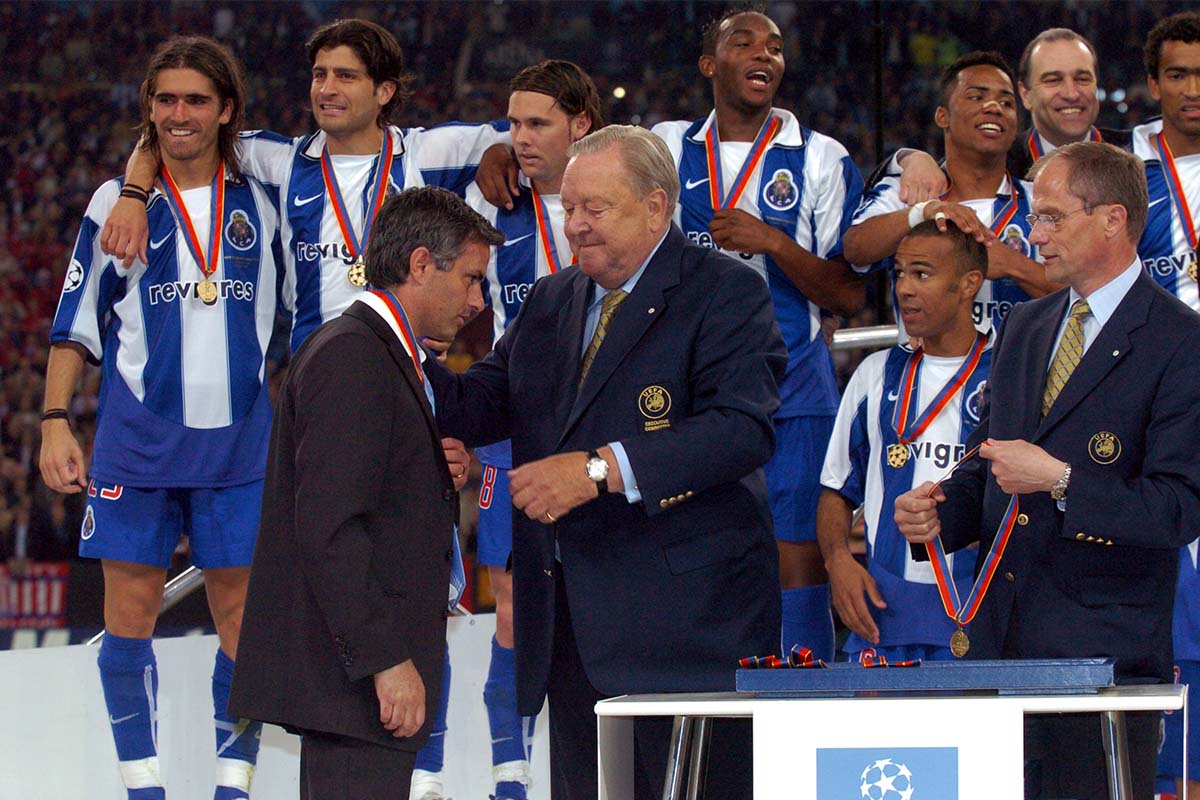 From there he would go to Chelsea, Inter Milan and Real Madrid, all of whom he would win more titles with. He became one of the most controversial, divisive characters in the sport primarily because of his provocative mannerisms, psychological, at times underhanded, House of Cards-style tactical plays and result-first, ask questions later ideology. It was all kick-started by a sprint down the Old Trafford touchline. Currently unemployed, he may return to that very touchline soon, this time as manager of the team he became famous by beating.

If Mourinho were to be compared to one managerial personality throughout British football history, it would be Brian Clough. The man himself is a great admirer of the former Derby County and Nottingham Forest boss, who was an icon not just for the success of his teams. In a foreword for Daniel Taylor’s book on Clough, titled “I Believe in Miracles”, Mourinho wrote, “We all probably remember Clough’s best quotes. ‘I wouldn’t say I am the best football manager there is,’ he used to say, ‘but I’m in the top one.’ I love that line. He had all that self-esteem … He was very confident about himself … I have huge respect for what (he) did. I think if Brian Clough was around today, we would get on.”

Whether they would get on is up for debate. Hypothetically, a meeting of the pair would represent a clash of egos; both looking for any sort of upper hand, both cocksure to the point of being brash, both dogmatic in their principles. Respect would be there, but friendship would perhaps be a step too far. Nonetheless, with a potential move to Manchester United on the cards, Mourinho could learn from his esteemed favourite, specifically from one particular period in Clough’s coaching career.

After enjoying a playing career marked by prolific strike rates for both Middlebrough and Sunderland, as well as two caps for England, Clough turned to management in the 1960s. And, after a spell with Hartlepools United, he was given the job of rejuvenating Derby County in 1967. At that point, the Rams were languishing towards the bottom of English football’s old Division Two. The club hadn’t experienced top-flight football since the 1950s but, with Clough in charge, they would return to Division One by 1969.

Bringing in the likes of Roy McFarland, John O’Hare, Alan Hinton, John McGovern and Dave Mackay, Clough built his own team before leading them unwaveringly into the top tier, where they would immediately compete with the finest clubs in the country. In their first season back, Derby finished fourth in the league. Two years later they won the title for the first time in the club’s history. It was an incredible turn in fortunes; inside half a decade the club had gone from candidates for relegation to the third division to Champions League qualifiers. 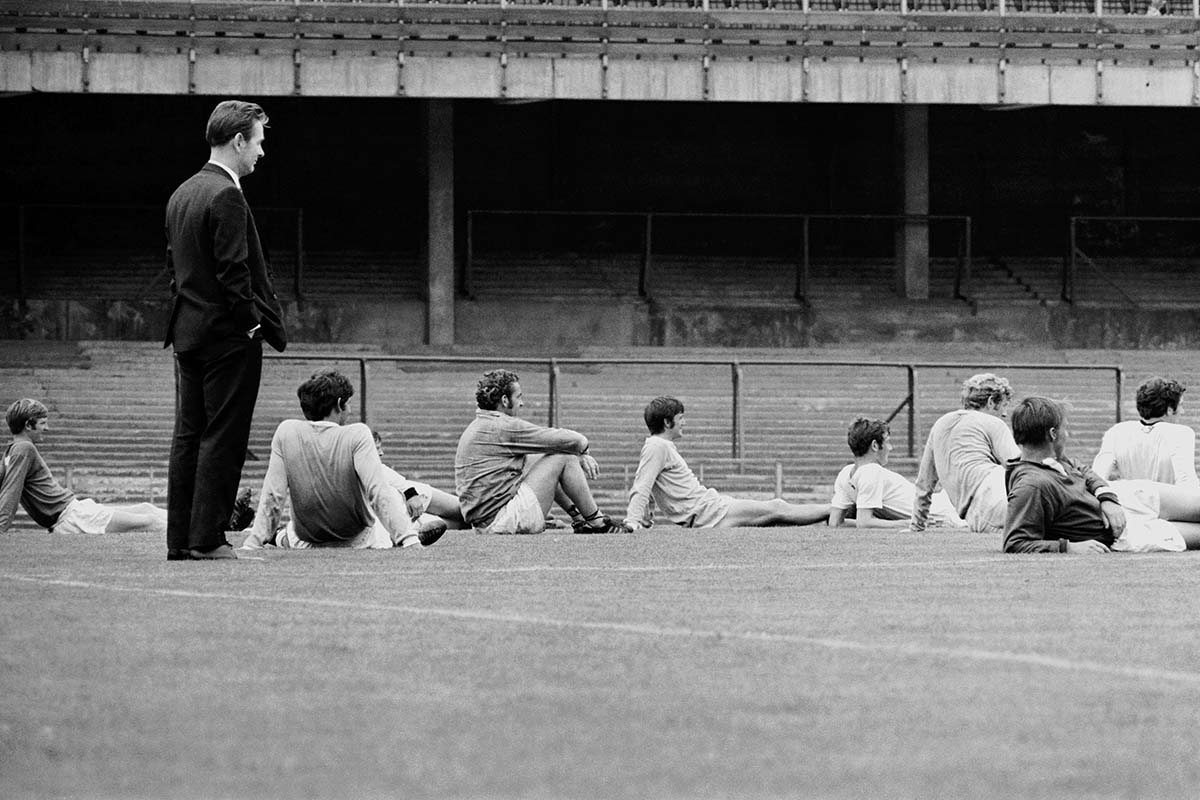 Clough’s personality was embedded within this remarkable rise. Staunchly self-confident and unafraid to admit it, he instilled a quest for perfection that ensured defeat simply wasn’t viable. However, lingering behind this persona was an element of insecurity, something exacerbated whenever Don Revie’s Leeds came into view.

In the 1960s and 70s, Revie’s side were one of the finest in Europe. They won multiple domestic and continental crowns having, much like Clough’s Derby, came up from the second division. They became known for their proclivity for the dark arts, with Norman ‘Bites Yer Legs’ Hunter, Jack Charlton and Billy Bremner the uncompromising spine of the team. However, there was more to this team. Bremner and Hunter were fine on the ball, while Terry Cooper was the embodiment of the modern full-back and Eddie Gray was a sublime wing wizard.

Clough wasn’t interested in the technical side of Revie’s Leeds and generally chose to ignore it. In doing so he created a rivalry, at least in his own mind. He was openly dismissive of their accomplishments, condemning them for their disciplinary record. But, following the conclusion of his time with Derby and a brief interlude at Brighton, Clough was surprisingly appointed Leeds manager as Revie’s replacement.

Ultimately, his time at Elland Road was a failure, a rarity in his outstanding career. His criticisms of Revie and his team meant that, upon his taking over, many of the players were already disenfranchised. Hunter, Bremner and Johnny Giles felt alienated and the manager’s reign lasted just seven games, of which he won just one. He was sacked by Leeds’ board of directors on 12 September 1974. 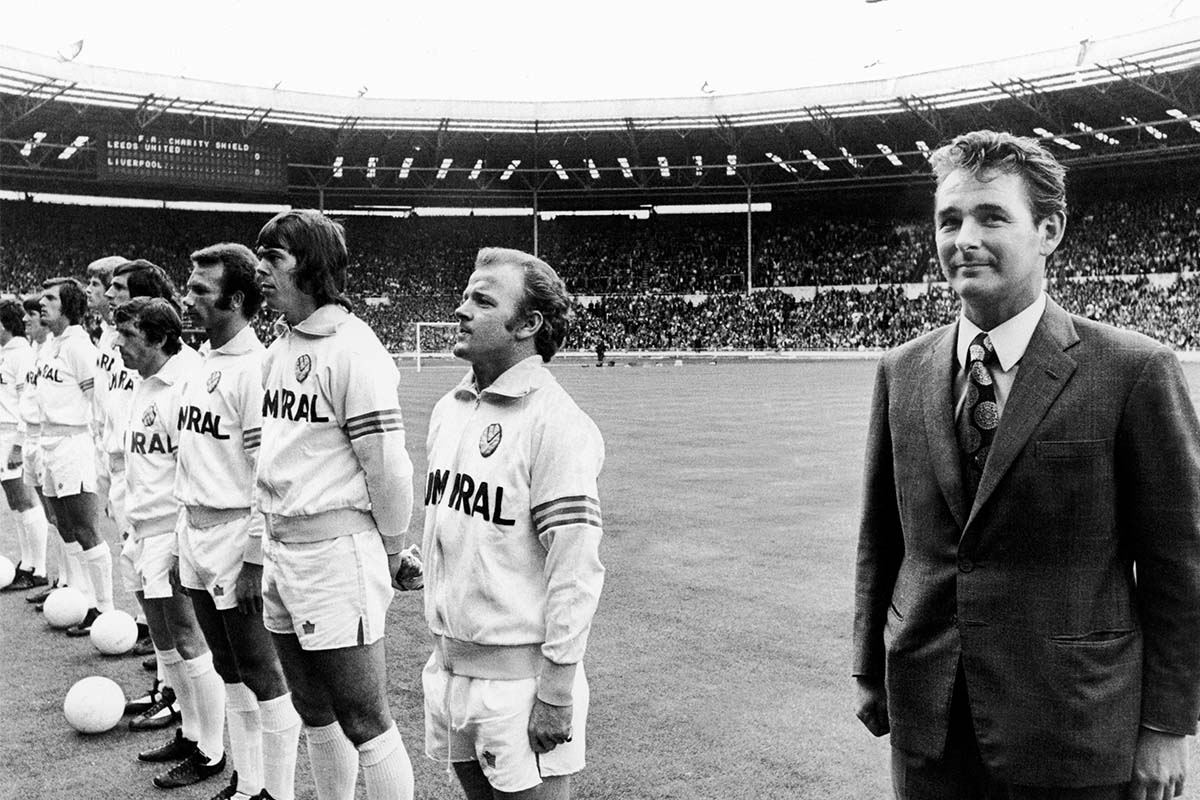 Mourinho’s much-speculated moved to Manchester United would draw some parallels with Clough’s taking over at Leeds, namely in that Ferguson’s legendary shadow would hang over his every move just as Revie’s did for Clough. And while, in contrary to Clough’s views of Revie, Mourinho has always expressed admiration for Ferguson, he and the club’s fans share a rather more tepid relationship.

The brazen Portuguese has always had a knack for upsetting the Old Trafford faithful, whether it be through his touchline sprints, general attitude or preferred style of play. Manchester United fans have high expectations on the back of Ferguson’s legacy, they want youth development and high-tempo, attack-minded football, neither of which Mourinho has a reputation for. He, like Clough did at Leeds, would stick out like a sore thumb against the backdrop of the club’s recent history.

Mourinho and Manchester United isn’t a match made in heaven. It would be a potentially catastrophic concoction of an outspoken, unconventional manager and a historic club with a set way of doing things. Feathers, it is quite permissible to suggest, could be ruffled. So if Mourinho truly does look to Clough for inspiration, he would be well advised to take note of the one time that Clough’s managerial genius didn’t work for him. Otherwise, history could be repeated.