The Old Firm derby between Glasgow’s two biggest clubs, Celtic and Rangers, is one of the most heated in world football. Stoking the fire of mutual disdain is, obviously, the history of sectarianism based on a religious and political divide between the two sets of supporters. On the field, however, the rivalry comes from two clubs that have been neck-and-neck at the top end of Scottish football for most of their existence.

However, the first Old Firm derby was by no means a mean-spirited affair. Indeed, as a club, Celtic was founded in 1888 for the purpose of raising money for the impoverished residents of Glasgow’s East End, and Rangers agreed to be their first opponents in a friendly match that year, which Celtic won 5-2.

It wasn’t until around the 1920s that the religious and political overtones began to permeate encounters between the neighbours.

Celtic were associated with the city’s poor Irish Catholic immigrants, and when tensions grew because of government funding being given to Catholic schools, ill-feeling brewed within the Protestant population, to which Rangers were connected.

As the city’s divide expanded, so too did the chasm between the two clubs, with hatred growing between the Catholicism-entrenched Celtic and Rangers’ Presbyterianism. This, coupled with the rise of the Glasgow street gangs, led to Old Firm derbies becoming malicious and violent affairs, with police even considering an outright ban of the fixture in the 1930s in an effort to reduce the crime rate.

The tensions off the pitch did not stop either side’s success on it, though. In 1967, Jock Stein’s ‘Lisbon Lions' became the first British club to lift the European Cup by defeating Internazionale of Italy 2-1 in Lisbon. Then, four years later, Rangers earned their first Continental honour by beating Dynamo Moscow 3-2 to claim the Cup Winners’ Cup.

The 1980 Scottish Cup final between Celtic and Rangers ended with one of the largest pitch invasions ever seen as opposing fans clashed on the field at Hampden Park after the Bhoys' 1-0 win. The incident led to a blanket ban of alcohol at Scottish football matches. 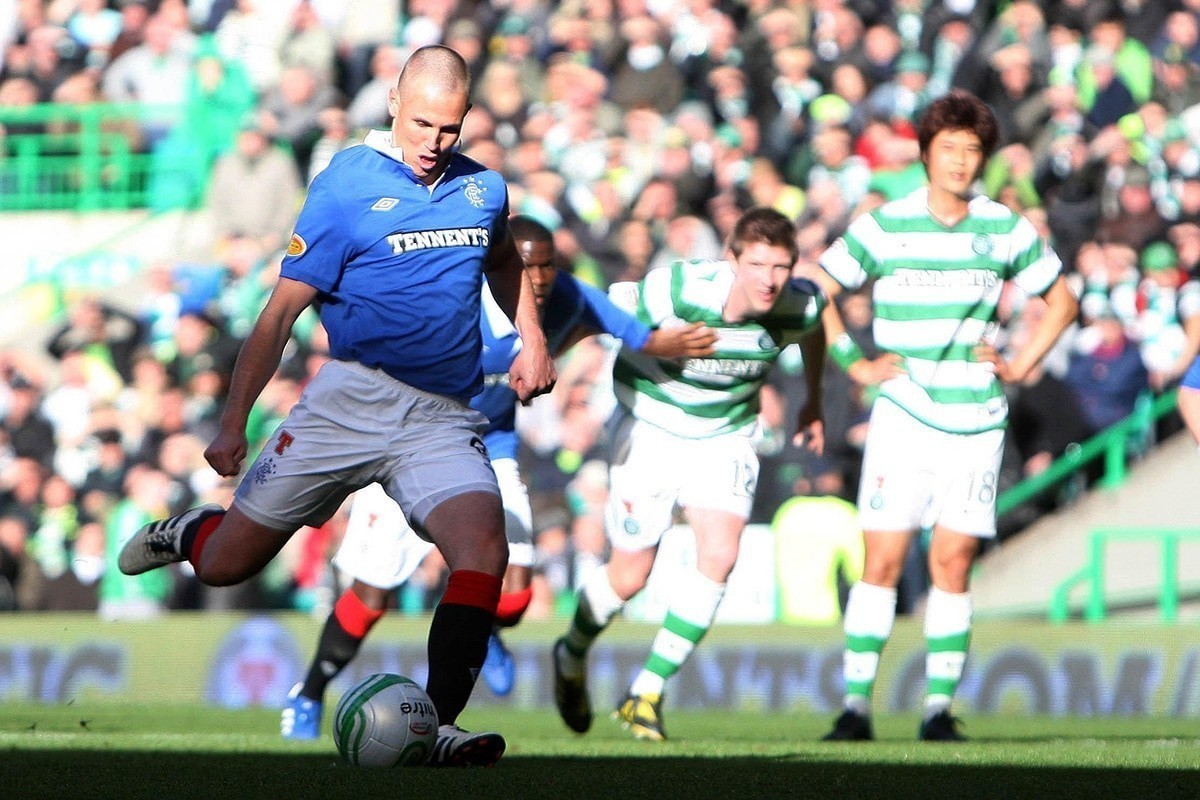 Due to the intensity of the rivalry, very few players have crossed the Celtic-Rangers divide to represent both clubs. Since the end of the Second World War only five men have represented both Celtic and Rangers, with Gers talisman Kenny Miller the only man still plying his trade in Glasgow.

In fact, Miller is the first player since Tom Dunbar in the late 19th century to have crossed the Clyde before returning to the club he originally represented. Having originally joined Rangers in 2000, Scotland international Miller later turned out for Celtic for one season and re-joined the Gers in 2008.

For years, there was an unwritten and unofficial policy of recruitment at Ibrox which dictated that Rangers would not sign a Catholic player. It has been speculated that the reason Sir Alex Ferguson’s time as a player at Rangers was cut short was because of his wife’s Catholicism.

But that policy was broken when Graeme Souness, who was player-manager between 1986 and 1991, decided to prize footballing ability over religious background and refused to allow the club's non-Catholic policy to dictate who he could and could not sign.

Mo Johnston, brought in from Nantes in 1989, became the first prominent Catholic signing under Souness. The arrival of Johnston was not well received among the Rangers faithful because, in addition to his religion, he was also a former Celtic player.

Some Rangers fans burned scarves and threatened to hand in their season tickets in disgust at Johnston’s signing, while the former Watford and Everton striker was no more popular among Celtic fans who labelled him a Judas for joining their rivals.

The Rangers kit man of the day, Jimmy Bell, even made Johnston take care of his own kit, and refused to give him a chocolate bar when handing them out to the rest of the players.

But Johnston eventually won many Rangers fans over when he scored an injury-time winner against Celtic in November 1989. His goals would help the Gers win back-to-back league titles during his two-year stay at Ibrox. 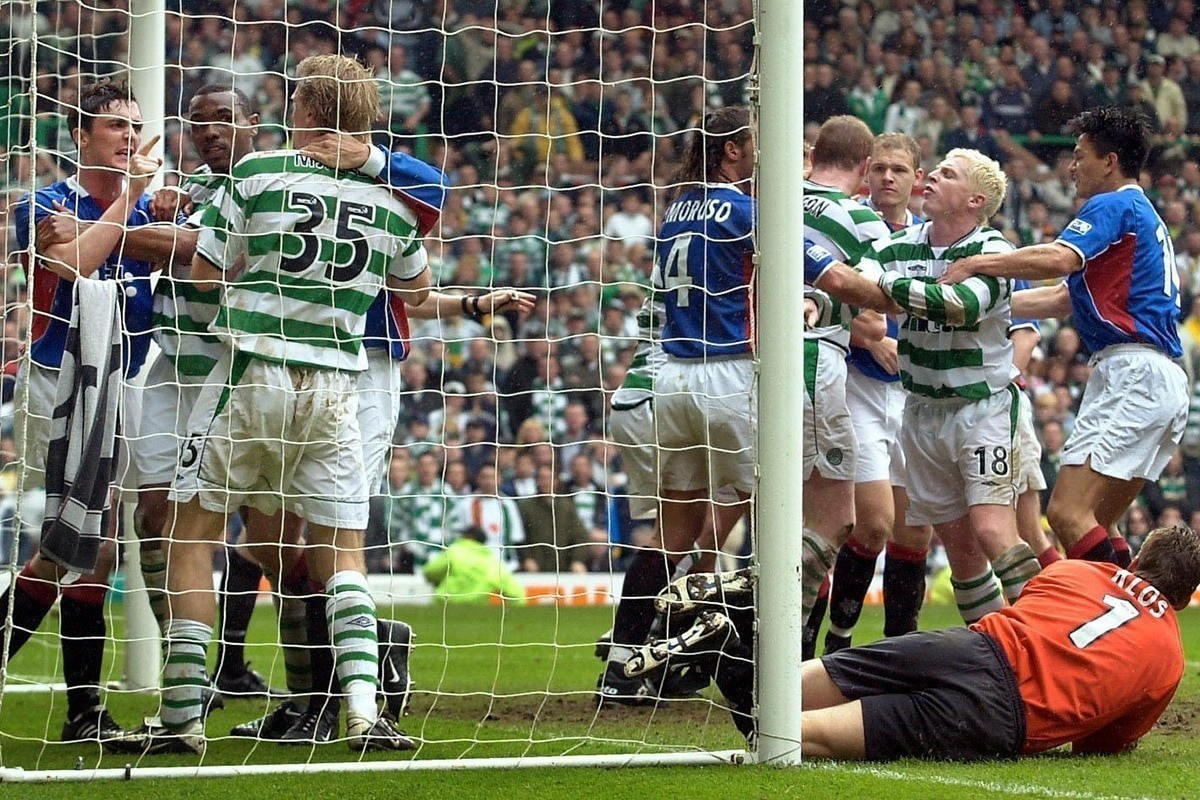 The Old Firm's the place to be

Those 1989/90 and 1990/91 triumphs formed part of a run of nine straight championships for Rangers. During this period, the Old Firm rivalry took on a much more glamorous feel than ever before, with star players from England and the continent moving to Glasgow to ply their trade.

Rangers brought in the likes of Mark Hateley from Monaco, Paul Gascoigne from Lazio and Brian Laudrup from Fiorentina, and added them to such Scottish talents as Ally McCoist and Andy Goram.

Around the same time, Celtic were signing Jorge Cadete from Sporting Club de Portugal, Paolo Di Canio from AC Milan and Henrik Larsson from Feyenoord. The Hoops would eventually wrestle the title away from Rangers in 1998, before getting the rivalry back on an even keel in the 2000s – Celtic winning six titles to Rangers' four.

Whether at Celtic Park or Ibrox, the atmosphere on Old Firm derby day can be intense and intimidating. “Afterwards in the dressing room your ears are still ringing,” said Tom Boyd, the former Celtic captain.

“Even when you go back on the coach they’re still buzzing. The difficult thing with that kind of noise is trying to communicate, to organise a defence. In the cauldron it can become almost impossible – it usually involves just shouting as loud as you can. Your throat is raw after one of those games.”

The two Glasgow giants have faced off in 410 official meetings – Rangers winning 159 to Celtic’s 152 (99 draws). The two clubs have also been dominating the Scottish football landscape for over a century; Rangers have won a world-record 54 top division titles, with Celtic taking the honours 48 times.

Financial troubles and liquidation in 2012 led to Rangers having to reform and work their way back up to the top flight from the Third Division. In 2016, under manager Mark Warburton, the Gers won the Scottish Championship, earning promotion back into the Premiership. They also beat the Hoops in the semi-finals of the Scottish Cup, losing to Hibernian in the final at Hampden Park.

Celtic won the Premiership title in each of the four years that Rangers were away from the top table of Scottish football, but those victories may have felt a little hollow without the rival they love to hate.

Despite the differing fortunes of its two clubs, the Old Firm derby remains one of the most prestigious and highly anticipated fixtures in world football. It is comparable to the El Clásico between Real Madrid and Barcelona; the Superclásico between Boca Juniors and River Plate; or Milan's derby della Madonnina.

Neither party would care to admit it, but it's not the same without the other.