It runs in cycles when it comes to Brazilian clubs. The top teams take it in turns to fill their academies with world-class talent. São Paulo had Kaká and Júlio Baptista. Santos had Robinho and Diego Ribas. Now it’s the turn of Flamengo.

The 21-year-old midfield maestro, recently named in the Brazil squad for their upcoming friendly against El Salvador at FedEx Field alongside the likes of Neymar, Roberto Firmino and Philippe Coutinho, has impressed for his club. He was regularly the one to catch the eye, even when the €45 million Real Madrid signing was playing alongside him.

he dynamic, tricky attacking midfielder lit up the iconic Brazilian city with a series of outstanding performances this year. Much has also been made of his grounded and humble personality, too, despite heavy interest from some of the world’s leading clubs. A future superstar.

The Real Madrid charm offensive is already in full swing. Marcelo spoke openly about the talented Flamengo star: “I have already told Vinícius that I'm a fan of your left leg, it's golden! He is coming to play with me, you could too.” Paquetá has been named as a Real Madrid transfer target already and, for a while, it appeared as though he would end up at the Santiago Bernabeu.

Flamengo's former present also suggested that AC Milan were in the hunt for the versatile Brazilian playmaker. Kléber Leite claimed the Serie A side would activate Paquetá's €50million release clause if they sold Suso.

Liverpool, Manchester City and Chelsea were all named as possible destinations for the highly-rated midfielder but a solid offer never materialised. However, with the 21-year-old now part of the Brazil national team it's safe to assume more clubs will take note of his talents and interest in him will increase. But why are so many of Europe's elite clubs keeping an eye on him? 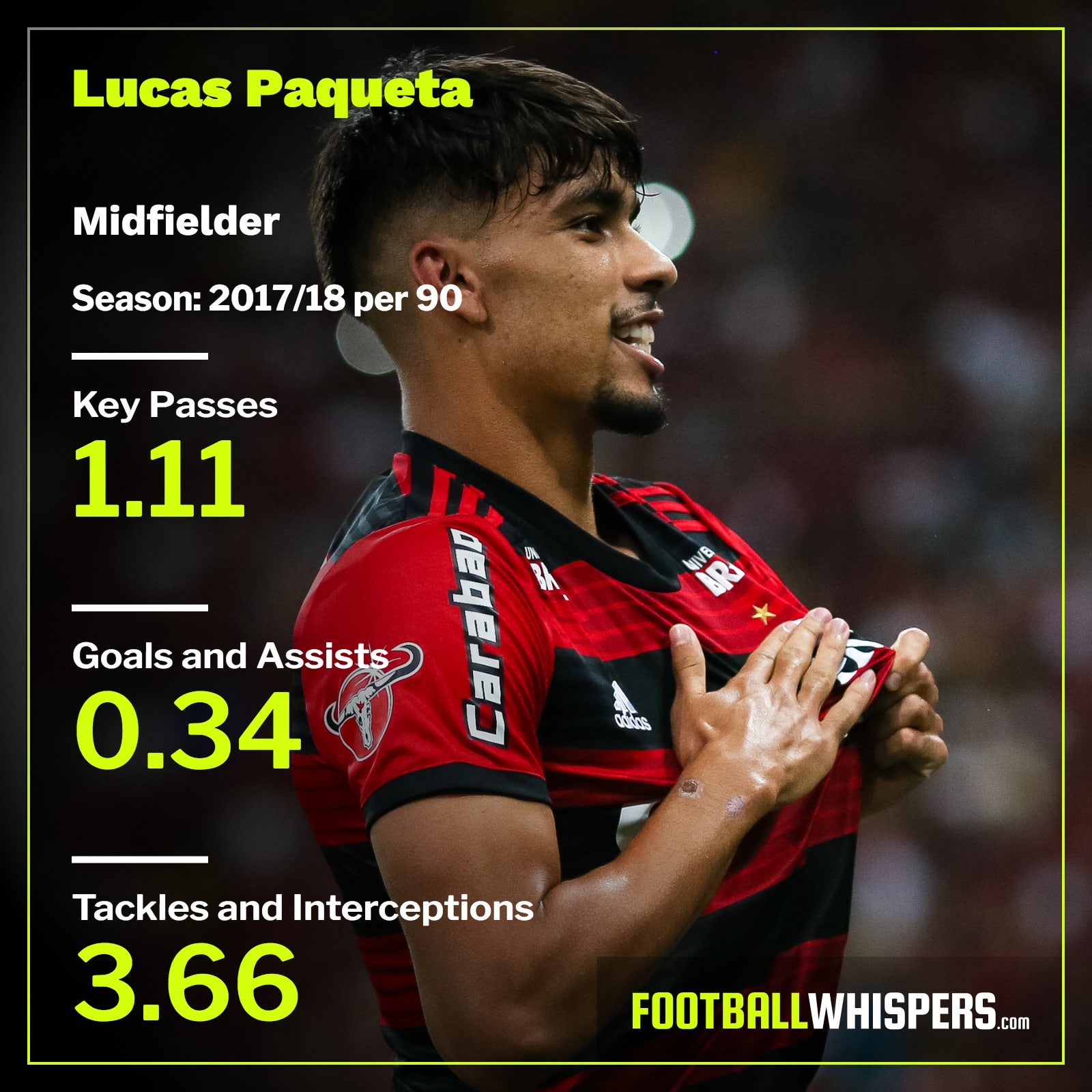 The Flamengo No.11 does everything. He's the ideal modern day attacking midfielder who impacts the game not just in the final third but in the defensive one, too. During the 2017/18 Brazilian season, he's averaged 3.66 tackles and interceptions, 1.11 key passes and 0.34 goal and assists per 90 minutes.

That sort of output makes him peerless. He's a creative force and a grafter.

As Scouted Football revealed, Paquetá is the only player in the Brasileirão to complete 50+ tackles, 40+ dribbles and 25+ key passes this season. It's easy to understand why Pep Guardiola and Jürgen Klopp might be showing an interest in him. If he continues to develop then there war be a bidding war to secure his services.

He's one to watch for the upcoming season and could be the next Brazil international to make the Premier League his playground.