To say that Monaco have started the 2018/19 Ligue 1 season badly would be an understatement. They’re 18th after nine games, on just six points, and four away from 17th.

Les Monégasques are in severe need of something to cheer about and 18-year-old Moussa Sylla might just be that.

After the young stars of 2016/17 – Thomas Lemar, Benjamin Mendy, Bernardo Silva, Fabinho and, of course, Kylian Mbappé – the Frenchman could be the next starlet to make their name on the world stage wearing the red and white of the principality.

Who is Moussa Sylla?

Although he looks very much like a winger, Sylla has also partnered Radamel Falcao up front for Monaco, which is impressive versatility for one so young.

Although his league appearances are still in single digits, that won’t be the case for long. After making his first-team debut in April, he’s become a fixture of the current Monaco side, starting three times in Ligue 1 and once already in the Champions League.

In May he made his first start for the club, and made it a day to remember by scoring twice, both goals a case of being in the right place at the right time and getting his feet sorted quickly to take advantage of the chances that came his way.

He has the respect of his peers. Sylla’s name was on academy team-mate Dylan Beaulieu’s lips when he was asked which former-academy player, Mbappé aside, had the potential to be a star.

The comparisons with Mbappé will inevitably be made and maybe it’s unfair to heap such pressure on such young shoulders, but there are discernible similarities in their game. The way that the pair receive a ball in wide positions, their body already turned towards goal so that they can speed up the pitch, is so similar it’s frightening (particularly for opposing defences).

“He isn’t Mbappé and he knows it,” older brother, and Mali national team captain, Yacouba Sylla has said, though, showing some brotherly realism.

“Moussa has a lot of potential compared to those his age, that’s all we can say for the moment. We need to see him in Ligue 1 to evaluate his real level.”

What are Sylla’s strengths?

As alluded to, Sylla’s ability to run with the ball is superb. While Monaco’s previous starlet uses this primarily for goalscoring purposes, Sylla seems content to be more creative for others.

The value of the chances that he is setting up for his team-mates is incredibly high, one of the highest in Ligue 1 at the moment, contributing 0.3 expected goals with shot assists per 90 minutes. It’s the ninth-best – remarkable considering how badly Monaco have been doing this season – and not far off the rates that Neymar, Dimitri Payet, and Julian Draxler are posting.

These great figures come from the fact that Sylla knows how to get to the byline and pull the ball back into a dangerous area. The deftness and speed of his feet also means that he can find ways to pull off passes or moves past opponents that few others would be able to do.

What are Sylla’s weaknesses?

In truth, it’s probably a little early to be talking about weaknesses in Sylla’s game. Young players will always be a bit rough around the edges in terms of technique and decision-making, and it would be harsh to pull him up too much for either of these.

With forwards like Sylla, the worry will be about how they cope with being on the periphery during matches. Can they make the most of their opportunities? Will they try to take on too much to try and force an impact? Will their heads drop if they don’t get the ball?

In that respect, with Monaco struggling like they are, this season could answer a lot of those questions.

The early signs are good – Sylla is performing pretty well in his first few months as a starter. 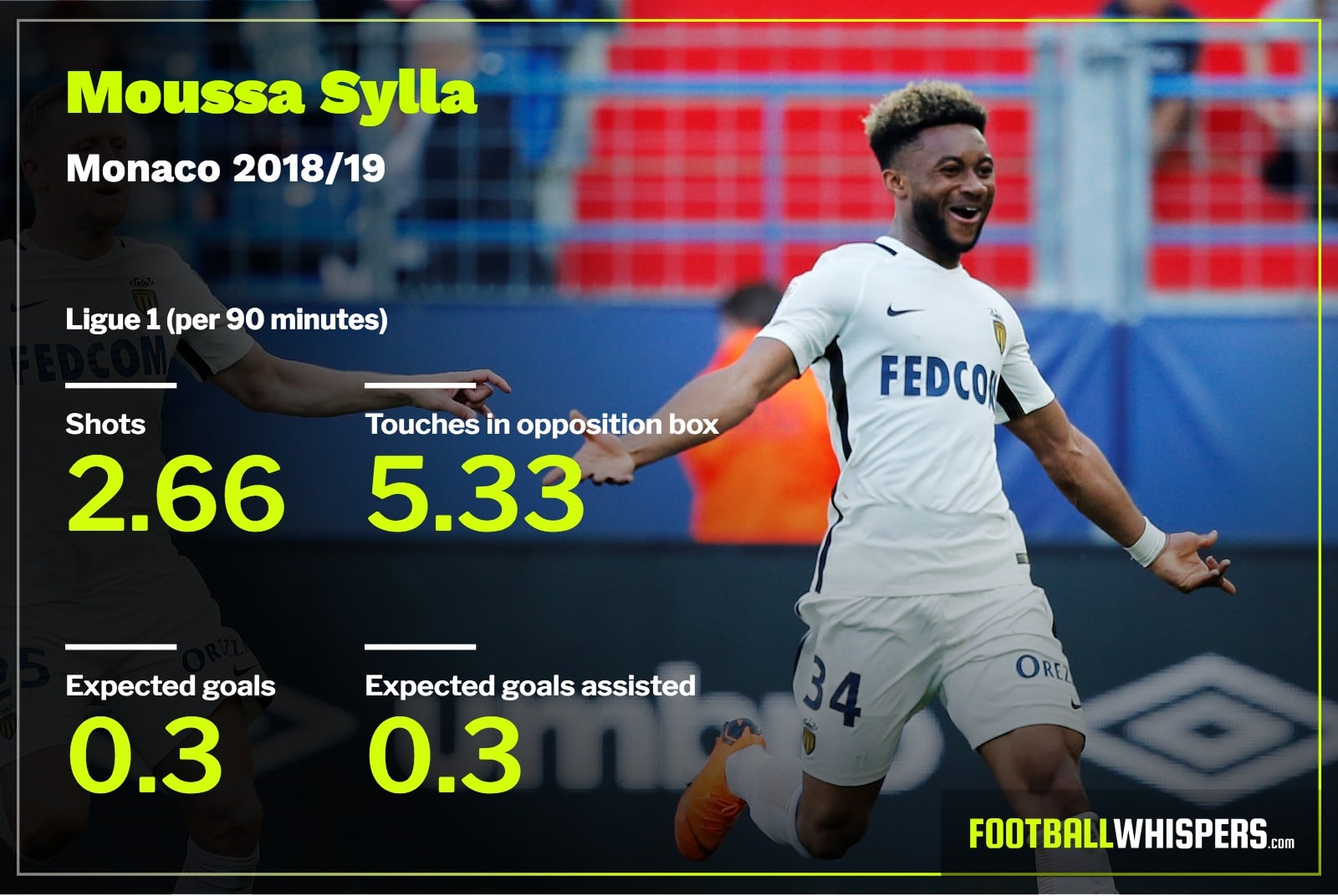 How much would Sylla cost?

Sylla’s contract runs until 2020, so expect an extension before the end of the season to avoid him entering the last year of his current deal.

The way that fees are going for young players – particularly attackers – potential suitors may need to fork up £50million to pay for Sylla’s services.