Italy’s 2016 European Championship adventure ended in heartbreak, with a defeat to Germany on penalties sending them out at the quarter-final stage. But, in spite of the Azzurri’s inability to reach the last four, they were one of the tournament’s most impressive teams. Head coach Antonio Conte put together a cohesive unit and, fuelled by criticism, led them beyond most people’s expectations.

Their performances in wins over Belgium and Spain were some of the finest to grace the Euros, each of them examples of how to move as a team. But the initial criticisms of Conte’s selections remain valid; he didn’t call upon some of the best player’s available to Italy and his view that the country lacks talent was one used only to further the siege mentality he was intent on fostering within his squad.

In contrast to Conte’s words, Italy possesses plenty of good young players, many of whom will play their part going forward under new coach Giampiero Ventura. Here are just some of those talented individuals who could form the Azzurri’s next generation.

Italy’s lack of striking options was highlighted by their starting duet at Euro 2016 of Eder and Graziano Pelle. The former is 29 and had been in terrible form for Inter prior to the tournament, while the latter is 30 and was not always a regular for Southampton last season. Conte got the best out of them, but it’s time for Andrea Belotti to be given his chance.

The 22-year-old joined Torino last summer for €7.5 million and instantly settled in, scoring 12 goals in 35 Serie A appearances in his debut campaign with the Granata. A strong, direct runner with a powerful shot and good defensive positioning, Belotti could be given a call-up by Ventura, who worked with him at club level in 2015-16.

Another player who Ventura may bring into the national team fold following time spent together at Torino is central midfielder Marco Benassi. Conte called Benassi up for a pre-Euro training squad, but as yet the 21-year-old has yet to receive a cap. That may change soon.

While last season was far from his best, Benassi remains one of the most dynamic young midfielders available to Italy. He’s not dissimilar in style to 23-year-old Juventus player Stefano Sturaro, who played a part at Euro 2016, in that he is an energetic, box-to-box midfielder with a knack for arriving late in the opposition area. 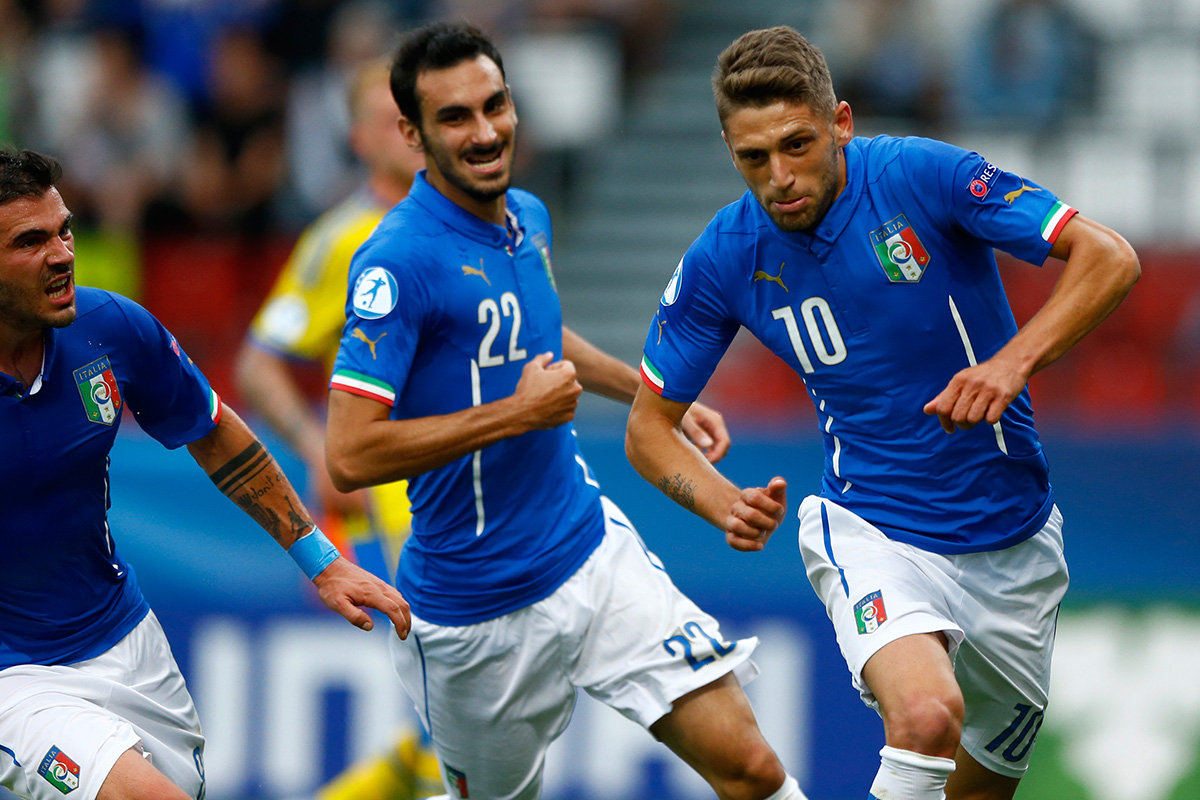 He’s only 21 years old, but Domenico Berardi has been around for a while. Last season was his third spent in the Italian top flight, each of them with Sassuolo. It was also the first time in his career that he didn’t reach double figures for goals scored.

Despite the slight drop off in final third productivity, Berardi is still one of the finest young forwards in Europe. He’s positionally aware, fast and has excellent technique. In one-on-one situations his dribbling is extremely dangerous, and he possesses a fine left-footed finish.

With a preference for playing on the right wing and cutting in onto his favoured foot, Berardi would be ideal for Italy should they decide to operate in a 4-3-3 system in future. First, however, he must improve his disciplinary record.

Federico Bernardeschi’s inclusion in Conte’s Italy squad for Euro 2016 spoke volumes about just how highly rated the 22-year-old Tuscan is in his home country. Conte only had room for players with a positive team attitude and tactical capability; the Viola youngster already appears to have both traits.

Last season he broke into Fiorentina’s first team under Paulo Sousa’s tutelage, showing great flexibility. A trequartista by trade, he also operated in both wing-back positions, performing particularly well on the right side.

A hard worker with a fine touch and a lustrous dribbling skills, Bernardeschi is a safe bet to be involved with the Azzurri for many years to come. 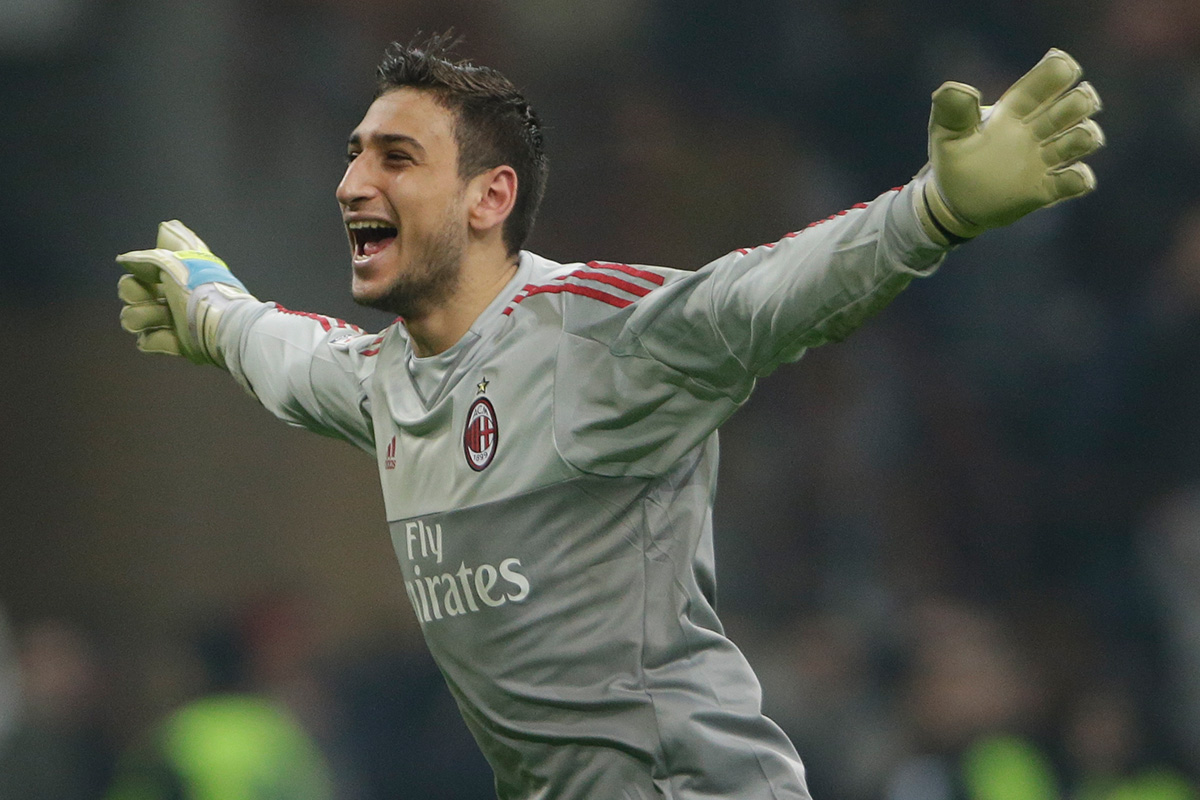 Sinisa Mihajlovic spent less than one season in charge at AC Milan before being dismissed due to poor results and a dull style of play. But in his short time at the helm he did make one crucial decision, dropping first choice goalkeeper Diego Lopez for Gianluigi Donnarumma, who was just 16 at the time.

There was a feeling that Mihajlovic’s call was nothing more than a bold reaction from an under-fire coach, but within time it was shown simply to be superb management. Donnarumma asserted himself upon the position, putting in a string of match-winning performances.

The iconic Gianluigi Buffon is 38 years old and, although he will continue on as number one, Donnarumma, with his excellent reactions, composure and command of the penalty box, will likely be his namesake’s long-term successor.

Bologna’s survival in Serie A last season was aided by the emergence of an exciting crop of young talents, including left-back Adam Masina. Strong, forward-thinking and dynamic, he appears to have the ingredients necessary to develop into a fine modern full-back.

While he has played in a back four under Roberto Donadoni, he also has experience of operating as a wing-back under Delio Rossi during his breakout 2014-15 campaign. Consequently, Masina could fit Ventura’s needs should he opt for the 3-5-2 system he used with Torino.

Milan’s search for central defensive solidity last summer led them to Alessio Romagnoli. They signed the 21-year-old after a protracted period of negotiations with Roma and immediately built their back four around him.

Maturing physically, Romagnoli soon became the Rossoneri’s defensive leader. And, towards the end of last season, he was the team’s primary player in the build-up, with his precise left foot and varied passing range proving effective in creating good possession.

With his technical ability and reading of the game, he could be the long term successor to Giorgio Chiellini for the Azzurri.

After a wonderful season on loan at Empoli in 2014-15, Daniele Rugani returned to Juventus with high hopes. But, six months down the line, he had failed to make an impact upon the first team due to the presence of the famed ‘BBC’ of Andrea Barzagli, Leonardo Bonucci and Giorgio Chiellini.

Eventually, the 21-year-old got his chance through injuries to his more experienced teammates, and his displays showed he has what it takes to play more frequently for the Bianconeri next season. And, having trained with Bonucci et al on a daily basis, Rugani, an elegant, intelligent centre-back, is perfectly place to join them in the Italian national team in the near future.