Well, loosely following on from that Hollywood script, Football Whispers takes a look at how similar players from different generations stack up against one another. It's up to you to decide who comes out on top.

First up we look at two of the powerhouse strikers of the Premier League era: Didier Drogba and Romelu Lukaku…

Player comparisons can be pretty weird. It’s not an exact science. Although very similar in certain aspects of their game, Drogba and Lukaku can be seen as something of an odd couple.

I mean, how do you go about judging similarities when everybody has a unique style that can never be fully replicated? Players will spend chunks of their career attempting to emulate legends on the pitch, but in the long run it’s always best to play to your natural strengths.

Of course, there is a vague resemblance in size and stature between Drogba and Lukaku; both have played for Chelsea; and both men are bulldozer forwards in front of goal. The Ivorian is often used as a yardstick for the Belgian, but just how similar are the strikers when they’re matched up side by side? 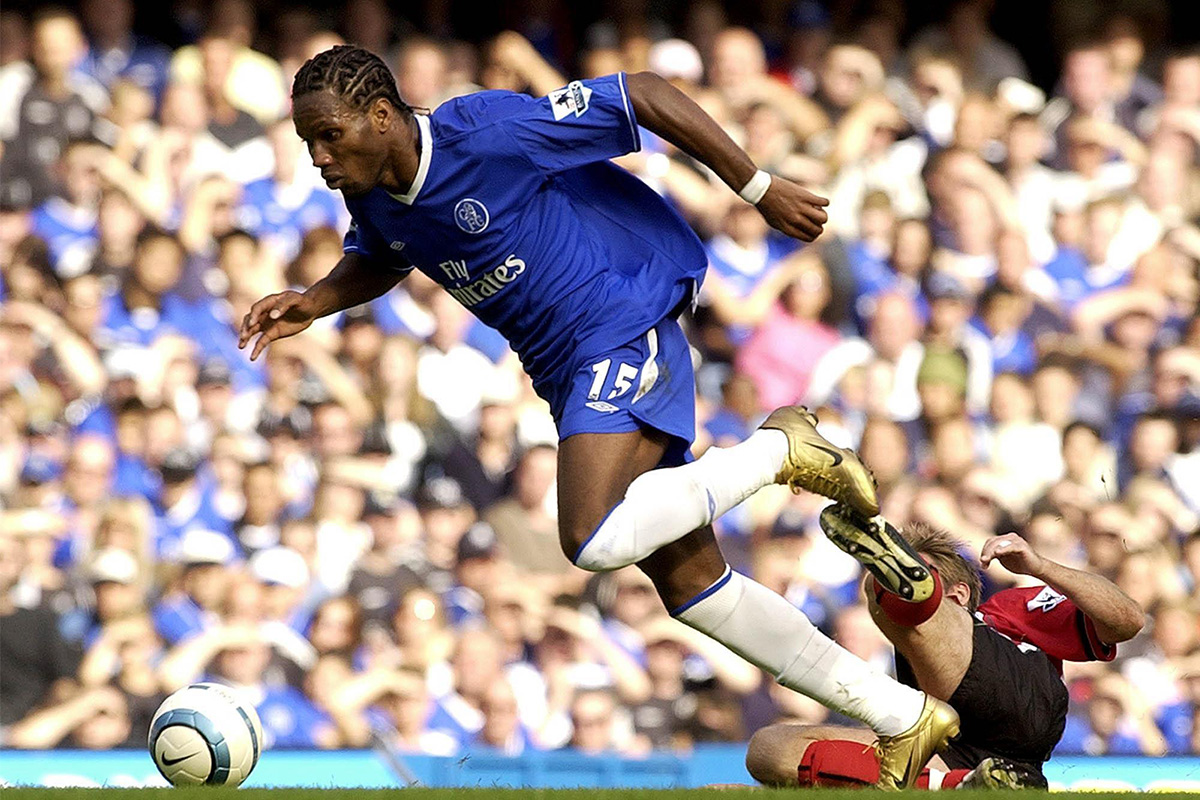 Lukaku joined the Blues from Anderlecht in 2011, and he was immediately touted as the long-term replacement for the legendary Chelsea striker.

The Belgian was quick to make the comparison himself at the start, saying he ‘hoped to emulate his idol' during his time at Stamford Bridge. Unfortunately, it became an easy reference point for the player, and eventually he said he became bored of the comparison.

Like any rising star, Lukaku wanted the chance to make his own way in the game, without the shadow of one of the best strikers the league has ever seen looming over him.

Nevertheless, the ‘experts' still refuse to relent; Alan Pardew was one to make the connection when he spoke to the media prior to Crystal Palace's Premier League trip to Everton last season.

Pardew said “He [Lukaku] is the full No9. We looked at the iconic one of the last 10 years, Drogba. You have to say Lukaku does look like he could emulate that.”

Lukaku duly provided a man-of-the-match performance and a late Toffees' equaliser in a 1-1 draw at Goodison Park.

On the pitch, Drogba and Lukaku have similar roles. Both are classic centre forwards, but they go about their roles differently: the younger man is more technical, preferring the ball played into his feet as he evades challenges with ease.

Now and Montreal Impact, Drogba had more of an all-round game compared to a pure No9, like an Alan Shearer, for example, during his time in English football – with his constant harrying in stark contrast to the occasional lazy performance by Lukaku.

A tepid display in the first half of Everton’s FA Cup tie against Bournemouth last season led Harry Redknapp to proclaim that ‘he walked further with his dog that morning' than Lukaku had run during the match. It's clear that both players have differing work rates, which affect their overall game.

They have also had different career trajectories: Drogba was more of a late bloomer compared to the younger man. Lukaku is determined to make his own way, but he could yet surpass one of the best strikers the league has ever seen.

It is easy to forget that former Anderlecht youth, Lukaku, is still only 23 – and has been in the Premier League for half a decade. Conversely, Drogba did not sign for Chelsea until he was 26, so there is a chance that Lukaku could eclipse his hero if he carries on with his current form – including an incredible 11-minute hat-trick for Everton in last night's 3-0 win at Sunderland.

He is already scoring more regularly than Drogba did in his early stages of his career at Chelsea, so it’s not exactly an outlandish notion.

Drogba might not have scored as many in that time period, but he had an eye for a goal in the big games, and always managed to come up with the goods when his team needed him most. His mental strength is just as important as his physicality, and it’s unclear whether Lukaku will be able to match his longevity at the top, or his ability to seize his chances during the big games.

Aside from build and playing position, the two men really are not that similar. Strength and shooting are favoured by both, but they are attributes that are also favoured by, say, Andy Carroll – who struggled under the weight of the ‘Alan Shearer comparison' at Newcastle United. 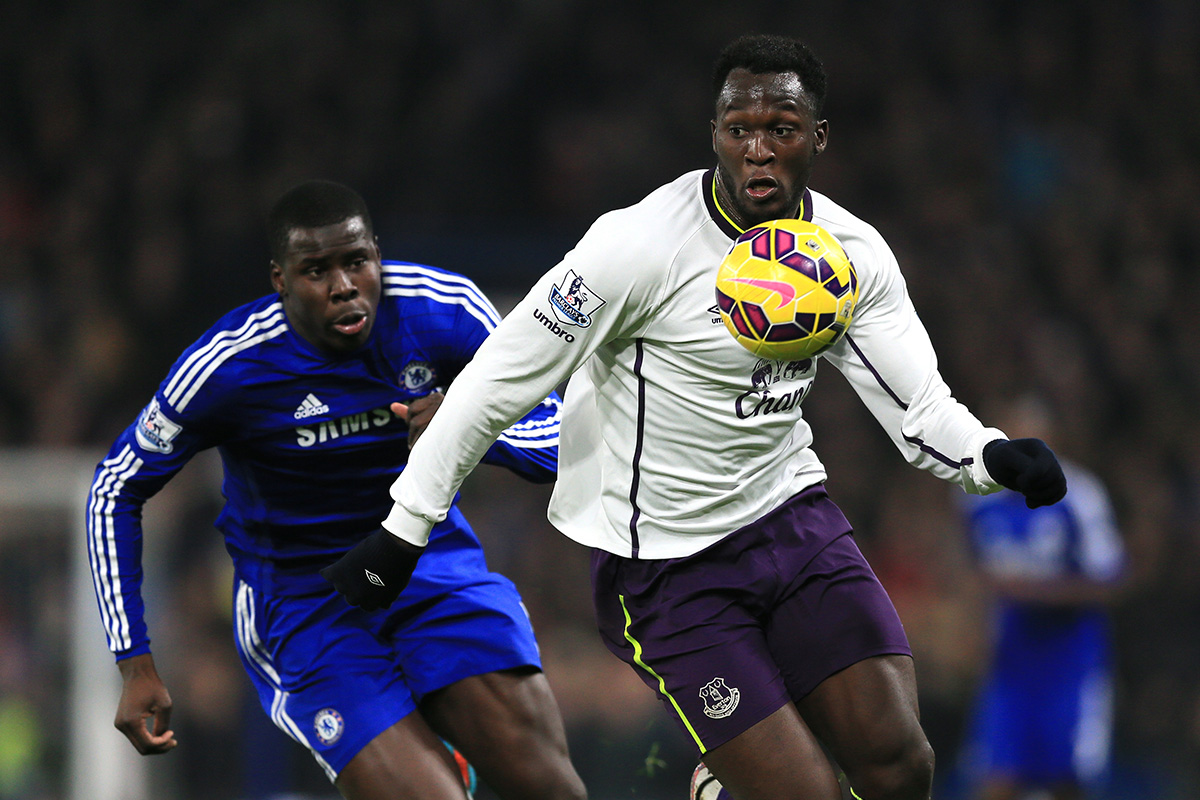 Take it from Drogba himself: “It flatters me that I am Romelu's idol… but everyone needs to stop comparing us. We are both big and strong, but he has qualities that I did not and vice versa. Although, he still has time to also get them. At nineteen he was already at Chelsea, I was at Le Mans.”

A Brazilian left back can easily become the ‘new Roberto Carlos', or a Spanish prospect is ‘the new David Silva’. In your mind's eye, you probably have an idea of what they’re like and what they have to offer. There isn’t much nuance, but it does tend to work.

It can be a bit of a cliché, but it’s often easier to focus on differences rather than similarities. The comparison to Drogba never did Lukaku any harm, and Chelsea's summer-long pursuit of their former man shows that they continue to rue allowing him join Everton for a, relatively, cut price fee of £28 million.

He may not have magically turned into the next Drogba just yet, but he has become an effective Premier League striker in his time on Merseyside. He could yet go on to replicate the heroics of his former idol at Stamford Bridge, but he deserves to be judged on his own merits.