We often refer to the white horse final of 1923. Not to mention the ‘five-minute final' of 1979. Then there was Brighton almost humbling mighty Manchester United in 1983 and, of course, Wimbledon's shock win over Liverpool in 1988. But, to date, there is only one FA Cup final named after just one man, and that's the FA Cup final of 1953.

This most memorable of matches is still talked about fondly, despite being played over six decades ago, but just how much do we know about it and just why did one man deserve to be singled out for such praise over all the rest?

The match paired Lancashire rivals Blackpool and Bolton Wanderers with the Tangerines eventually emerging victorious thanks to a hat-trick from Stan Mortensen; but for some reason the game has since been referred to as the ‘Matthews Final.'

When it comes to understanding why, you must first realise just what Sir Stanley meant to the British public at the time, not just football fans, but the nation as a whole.

Arguably the country’s first football superstar, Matthews twice found himself on the losing side of an FA Cup final and only the heartless would not have wanted to see him lift the trophy in what, in all honesty, would probably be his last attempt.

Perhaps another reason for the high profile nature of this final was that it coincided with another huge event that year; the coronation of Queen Elizabeth II, who was in attendance that day, which had seen an increase in the number of televisions sold with the momentous occasion due to take place just a few weeks later.

As a result of increased interest The BBC decided to splash out and bought the rights to the FA Cup final for an eye-watering £1,000, though the gamble appeared to pay off as the game was watched by an estimated audience of 10 million, with many more listening in on the radio.

Having lost to Manchester United in 1948 and Newcastle three years later, Matthews was now at the ripe-old of 38 and probably thought this would be his last opportunity of glory. Meanwhile, Bolton boasted the services of Nat Lofthouse,  who had scored in every round of the cup so far, another national treasure who was yet to lift the famous old silver trophy. 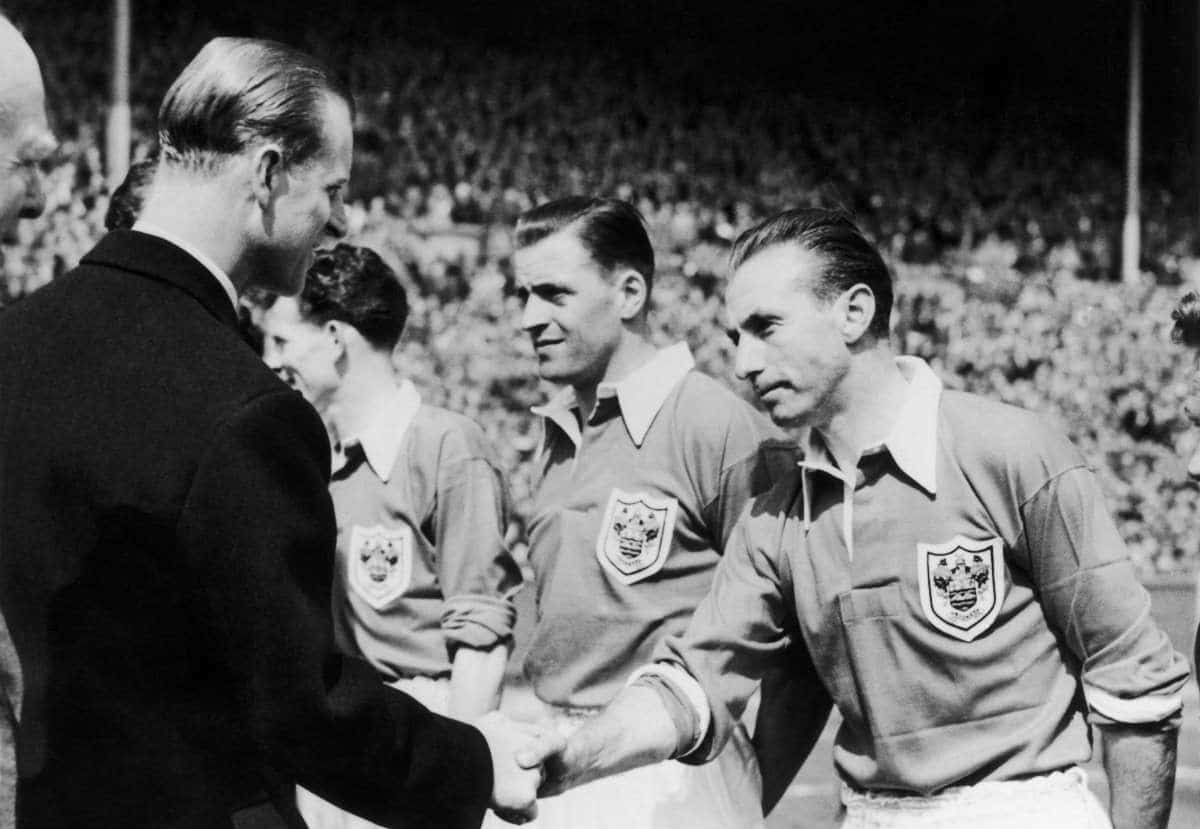 Featuring two of the country’s finest sides, not to mention the greatest names in the game at the time, it was no surprise the match caught the public’s attention. Ticket prices ranged from 2 pounds, 10 shillings to 3 shillings and 6 pence – in short, they were expensive and out of the price range of most people at the time.

Over half a century may have passed but some things never change in football as each finalist was allocated just 12,500 tickets out of the 100,000 capacity stadium as the FA blatantly overlooked the working class masses who usually attended the two sides’ games, instead favouring those who dominated the board rooms of football clubs across the country.

The build-up to the match couldn’t have been more different from that of today and, as The Duke of Edinburgh was introduced to the two sides he's reported to have remarked that the shiny satin shorts worn by the Bolton players made them look like: “a bunch of pansies.” While Blackpool centre-half Harry Johnston rushed to the touchline after realising he hadn’t taken his false teeth out.

When Nat Lofthouse gave Bolton the lead inside the first two minutes it looked like the footballing Gods would never smile on the game’s clean-cut, clean-playing, clean-living Englishman, only for Blackpool to rally before half time and give romantics everywhere reason to believe, thanks to Stan Mortensen’s equaliser on 35 minutes.

The strike was generously awarded to Mortensen even though it took a significant deflection off Harold Hassell. Beating full-back Johnny Ball, Mortensen's left-footed effort was heading for the far post only for Hassell to divert the ball inside the near post.

Five minutes later, though, Bobby Langton restored Bolton’s advantage when he crossed the ball towards the far post. Arriving late, Willie Moir ran in front of George Farm and in the confusion the ball it continued on its path and into the goal.

Ten minutes into the second half the game looked to be up for the Tangerines and Matthews when Eric Bell made it 3-1, though there was a huge element of fortune about the strike.

The Wanderers winger had torn his hamstring just minutes earlier and in the days before substitutes, he was forced to play on. Even so, he somehow he found himself in the Blackpool area at precisely the right time to score what appeared to be the decisive goal. 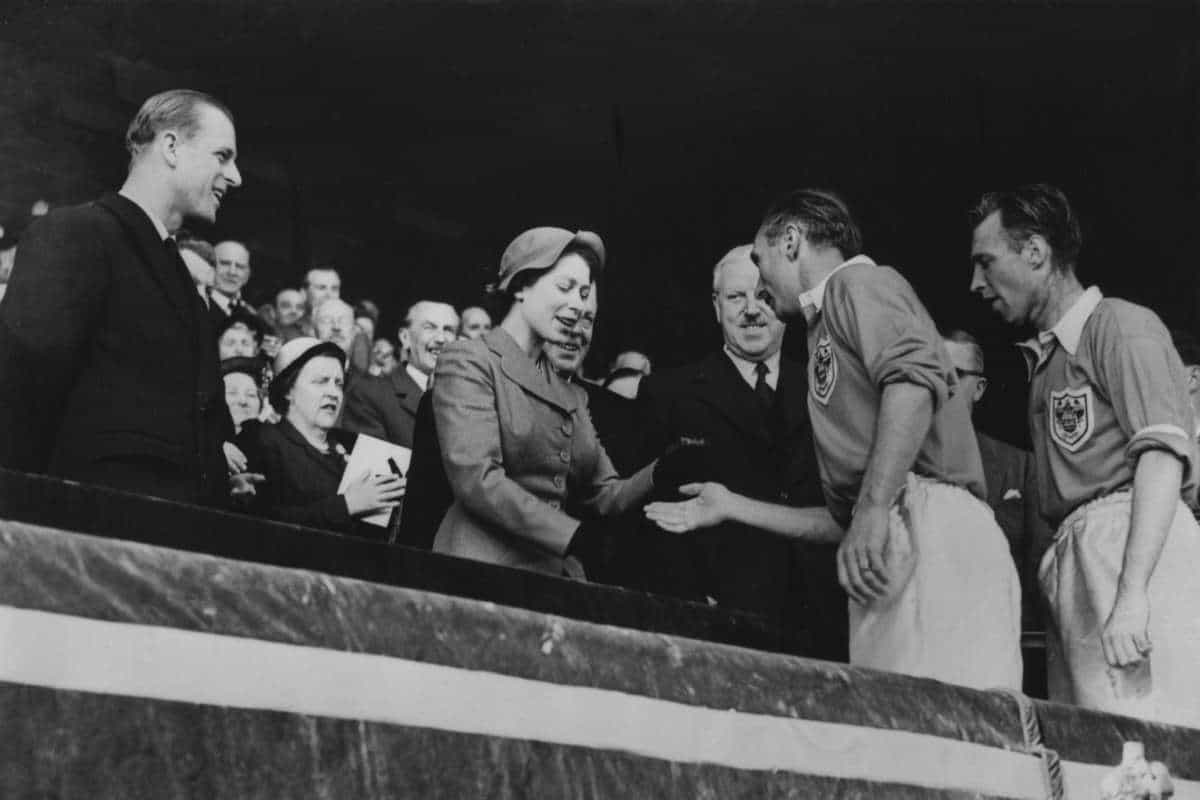 “It wouldn't surprise me if some had left the stadium at 3-1,” admitted Blackpool’s Cyril Robinson, speaking to the BBC some years after the final.

Robinson himself  had played just a handful of first-team matches that season and was only brought into the starting line-up a few days earlier after Hughie Kelly had unfortunately broken his ankle.

“You don't get many chances, especially if you're a reserve, to play in a cup final,” he would later reveal. “Luck was shining down on me and I got in. The chance to get in was a dream, and the dream came true.”

If the majority of the crowd thought the game was up, a certain Stanley Matthews was not one of them and when everything seemed to be conspiring against him, the great man took things into his own hands.

Seeing his opportunity he took full advantage of the space given to him thanks to Bell’s injury and roared down the right flank, dragging the opposition defence back line all over the place.

Storming to the byline and leaving what defenders where near him in his wake, he put over an inch perfect cross which landed perfectly on Mortensen’s forehead to bring Blackpool back into the game- there were 22 minutes remaining.

ON THIS DAY: @BlackpoolFC beat @OfficialBWFC 4-3 in the 1953 FA Cup Final; a game which will forever be remembered as ‘The Matthews Final'. pic.twitter.com/yaPZbcW06s

With his side 3-2 down, Matthews cut inside again only to be hacked down cynically by a defence who were wilting in the heat and Mortensen hammered the resulting free-kick into the net for the equaliser, completing his hat-trick.

Future England captain Jimmy Armfield, then a Blackpool reserve player, was in the stands at Wembley that day and would recall the moment when talking to the BBC about the epic encounter.

“We were right behind the goal,” he explained. “As soon as he hit it, I knew it was in. There was no swerve or anything. He wasn't noted for his piledrivers, but this thing absolutely flew in.”

As extra-time beckoned the players were exhausted, their legs weary, and now resigned to half-an-hour of more action; however, in the second minute of injury time, Matthews once again made a beeline for the wing one last time and pulled back another inviting cross.

This time it was Bill Perry who met the brilliant centre and in a heartbeat the most unlikely of comebacks was complete. Blackpool were victorious thanks to their influential winger, who would go down in Wembley folklore for his incredible contribution.

Stanley Matthews had finally won the FA Cup and a special cheer went up just for him, which some claim was louder than when the trophy was hoisted aloft. Both Matthews and captain Harry Johnston were carried round the pitch on the shoulders of their team-mates who embarked on a well-deserved lap of honour.

Thus, that is why this was to be known as the Matthews Final, even to this day with the scorer of the only Cup final hat-trick in history at the time, Stan Mortenson, finding himself once again in the shadows of his teammate – the one and only Stanley Matthews.