You have to go back to the 2001/02 season to find Sporting CP's last league title victory, but it would be unfair to suggest that the club hasn't been somewhat successful during that period. The Lions have won the Taca de Portugal 4-times and the Taca da Liga 2-times since that last Primeira Liga victory, not to mention the Portuguese Super Cup 3-times.

However, Sporting have arguably become a ‘cup side' over the years, despite claiming an impressive 18 Primeira Liga titles in their history. The 1990s and the 2000s produced a total of just two league title successes for the Lisbon club and now they are in their 20th consecutive season without a Primeira Liga trophy. The club finished a disappointing 4th-place last season, losing 3rd-spot on the final day of the campaign to Braga, and the club never looked like challenging for the title.

Nobody expected Sporting to start the 2020/21 season as well as they have done and while it is still early days, the Lions are hopeful of finally ending their Primeira Liga drought. Sporting top the table by 4pts heading into the latest international break and are the only team in the division still with an unbeaten record. The Lions have claimed six wins and a draw from their opening seven matches, scoring an impressive 19 times and only conceding 4 goals. No other teams have scored more or conceded fewer goals than Sporting CP so far this season, which bodes well for the side labelled a ‘cup team'.

This season, the club has a strong defence and has been scoring goals on a regular basis. The Lions have already claimed four wins-to-nil and have not scored any fewer than 2-goals in a game. Their only dropped points arrived at home against Porto, which ended in a 2-2 draw. Sporting took the lead in that game early on through Nuno Santos, but Porto lead at the break thanks to goals from Uribe and Corona. The game appeared to be slipping away from the hosts as they entered the final 5-minutes before Vietto scored a dramatic equaliser 3-minutes from time.

Ruben Amorim was a controversial choice as the new Sporting CP boss in March, but the 35-year old has impressed from the getgo. As a player, Amorim was best known for his time at Benfica, Sporting's local and arch-rivals. Amorim played over 150-times for Benfica and represented the Portuguese national team on 14 occasions between 2010-2014. Amorim was deployed mostly as a defensive midfielder, taking on the role of the ‘anchorman', but he could also play at right-back if required.

Ruben retired at the age of 32 and became the Braga B team manager in September 2019, leading the side to 8 wins, 2 draws, and 1 defeat in his 11 matches. The former Portuguese international was then handed the reigns at Braga's first team where, during a 3-month spell, he had a 76.92%-win rate. This excellent performance brought Armorim to the attention of the Sporting higher-ups and they appointed him as their new manager in March 2020. So far, the 35-year old has taken charge of 20-games, winning 13, drawing 4, and only losing 3, giving him a win ratio of 65%. 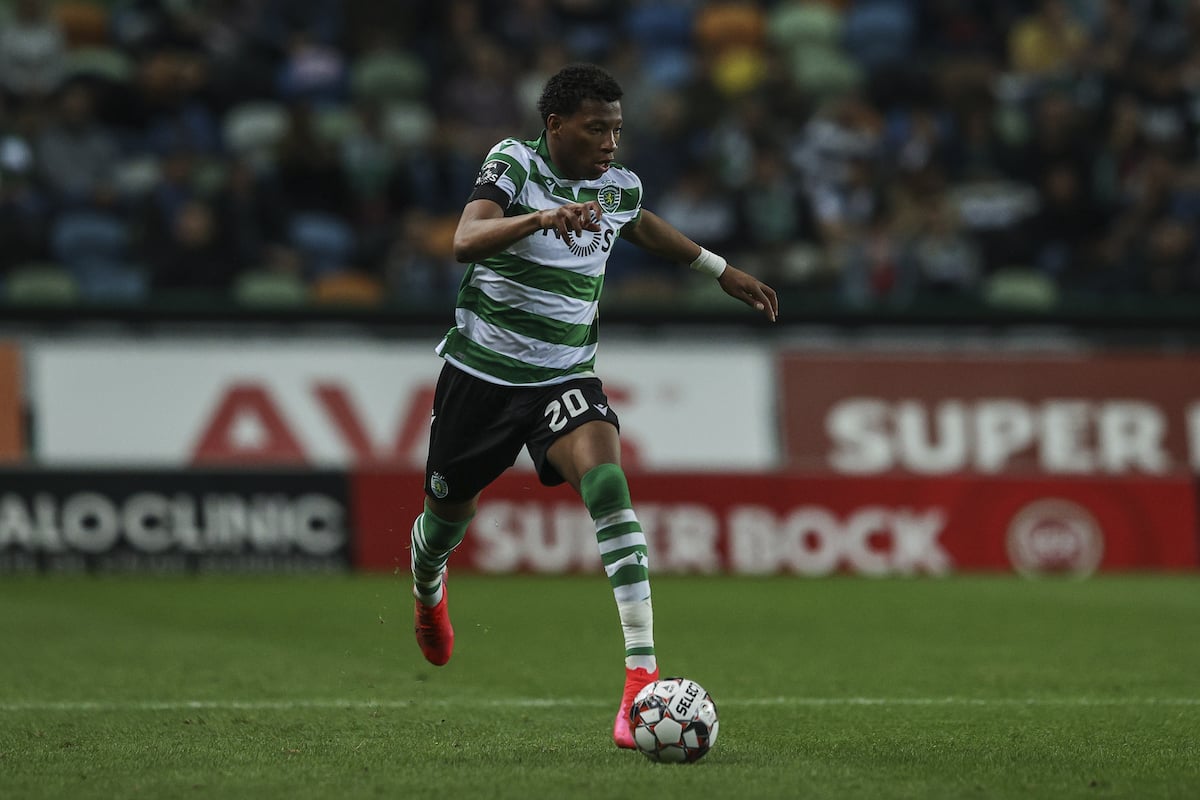 Ruben Amorim used the last few months of the 2019/20 campaign to work out which players he wanted to keep at the club and the ones he thought he could do without. As manager of Sporting, and any other Portuguese club, your players are likely to be poached by a bigger club eventually and this was the same during the summer transfer window. Brazilian midfielder Wendel made a big-money move to Zenit, left-back Acuna signed for La Liga outfit Sevilla, Matheus Pereira went to West Brom, and Vietto made a late move to Hilal in Saudi Arabia. Some other players deemed surplus to requirements could leave on free transfers, including Riquicho, Dala, Geraldes, and Ruiz. While Amorim was not able to spend the majority of the money he made from transfer out of the club, those sales freed up some much-needed room on the wage bill.

The club made some very shrewd signings that already seem to be paying dividends. Midfielder Pedro Goncalves was brought in after impressing for Famalicao, and the same goes for Nuno Santos who arrived from Rio Ave. Zouhair Feddal, a Moroccan centre-back, was brought in from Real Betis for a small fee. Amorim signed two 33-year olds with plenty of experience on free transfers with goalkeeper Antonio Adan joining from Atletico Madrid and Portuguese left-back Vitorino Antunes coming in from Getafe. Joao Mario and Pedro Porro were signed on season-long loan deals from Inter Milan and Man City, respectively.

Antonio Adan has been an ever-present since arriving on a free transfer. The Spanish goalkeeper looks accomplished between the sticks and inspires confidence in his defenders.

New-signing Zouhair Feddal has fitted right in alongside Sebastian Coates at centre-back. The pair have formed a solid partnership with Nuno Mendes, Luis Neto, and Pedro Porro, keeping four clean sheets in their opening seven league games. Three of those players have also already chipped in with a league goal as well.

Pedro Goncalves has been the outstanding performer for Sporting in the early stages of the new season and is well worth every penny of the £6.85m the club reportedly paid for him in the summer. Goncalves has scored 7-goals in 6 league games for Sporting and at the age of 22, could be destined for big things. Joao Palhinha, Matheus Nunes and Joao Mario have all been solid performers in midfield, support the attack and protecting the defence.

None of the Sporting forwards have scored an abundance of goals this season, but there have been plenty of scorers in these positions. Sporar has chipped in with 2 league goals, Nuno Santos has 3, Tomas has scored 1, while Cabral has netted 2. The attack are playing a team game this season, holding up the ball well and allowing midfielder such as Goncalves to arrive late in the box and score goals.

Sporting are playing a brand of football that is pleasing on the eye. The club is scoring lots of goals and proving hard to breakdown. Sporting's last two results have been 4-0 wins in the league against Tondela and Vitoria Guimaraes, two sides that are not thrashed easily. The real test will come against the likes of Porto, Braga, and of course, Benfica, but as things stand, Sporting look every bit like genuine title challengers this season and they are in with a great chance of ending their 20-year hoodoo in the Primeira Liga.