Many view International football management as a walk in the park. Take England's ex-manager Roy Hodgson for example. He was the manager of the country for four years and was in charge for fifty-six matches. On average he was taking charge of England fourteen times per year and was paid £25,000 per match. He walked away from the England job having earned £14 million and didn't manage a single tournament knockout victory.  He was paid, handsomely, to fail.

People claim the England job is a poisoned chalice and a career ender, but that depends on how you define success to whether you think it is a jinxed job. Making large sums of money for next to no success is an impressive con.

However, on the surface it may look pretty cushy but the politics involved in International football is often overlooked and ignored. The media manipulate the public opinion and force the manager, if he wants to stay on side with the supporters, to waver and bow to their demands even if it doesn't suit his vision for the team. It's a cycle that's not easy to break.

Managers aren't able to properly integrate themselves as they would at a club. There are boundaries and confines to work within. There's national outrage if you don't select a player who is perceived to be the best the country has so sometimes managers are forced to select a player even if he doesn't suit their ideas just because he fears the backlash. There are egos to manage, media to juggle and tactics to come up with.

Since the evolution of FIFA and Football Manager there has been extra emphasis on star players. Basically the players with the better stats win you games so supporters think that translates into real life.

People these days are still shocked when a well drilled team beats a team filled with Individuals. Hungary, Iceland and Italy have all surprised people at the Euro's with just how well they've done without really having star players. 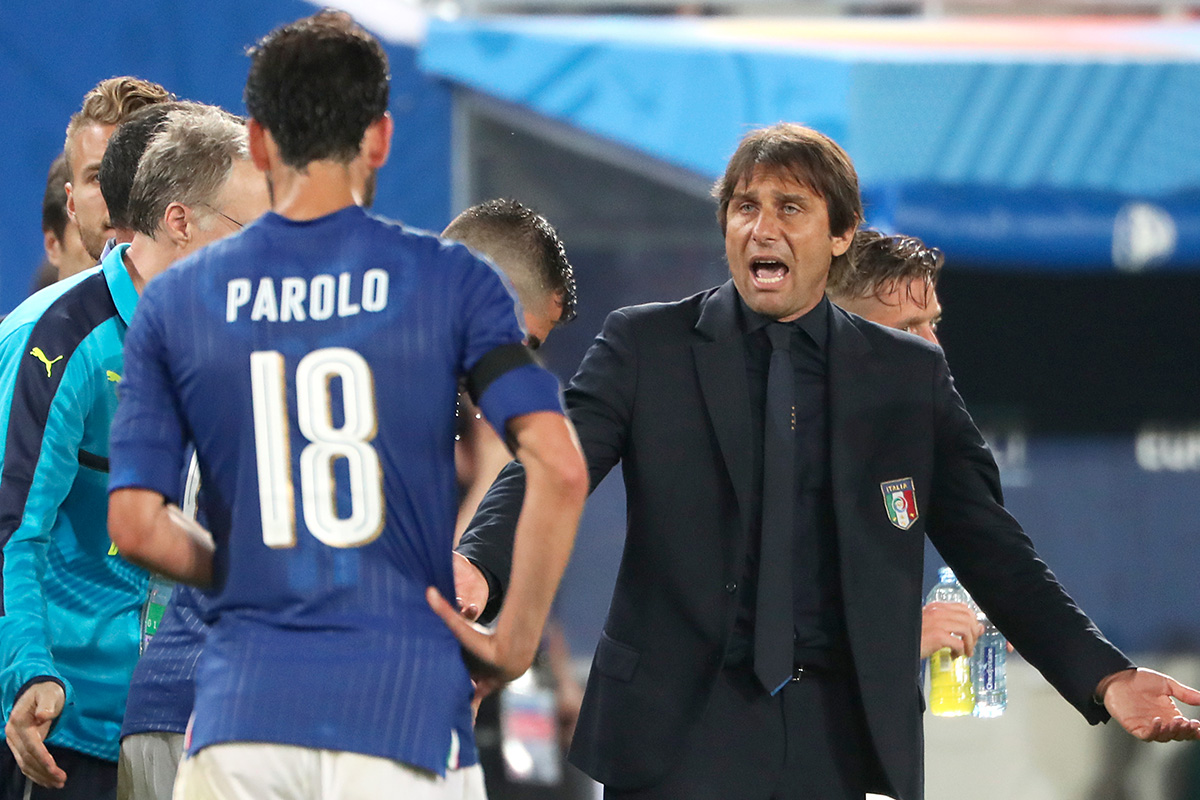 It's said that Italy always turn up at tournaments no matter who they have in their squad but Antonio Conte has done an impressive job given those he has at his disposal. This isn't the Italy of old with the likes of Alessandro Del Piero and Andrea Pirlo, all their stalwarts – Gigi Buffon, Georgio Chiellini and Andrea Barzaghli – are in the latter years of their career. Unless you're a keen Serie A fan you probably won't be familiar with the likes of Eder or 31 year old midfielder Marco Parolo.

You look at their starting XI that they've been fielding and can't help but wonder how they've defeated both Belgium and Spain with relative ease. It just highlights how an industrious, cohesive unit with a clear tactical plan can beat talented individuals.

Hungary and Iceland were in a group alongside Cristiano Ronaldo's Portugal and David Alaba's Austria. Upon the draw many gave the former two teams very little chance of qualifying but to the shock of many Hungary topped the group and Iceland pipped Portugal to second place.

Hungary lost out to Belgium in the round of 16 but Iceland shocked the world by defeating England. It was supposed to be a formality for England but non-existent tactics and poor personnel choices cost the favourites as a well drilled Iceland side comfortably saw out a 2-1 win.

How did this plucky nation with a population of just over 300,000 defeat the mighty England?

Iceland manager Lars Lagerback had a tactical plan in mind and picked the players to execute it. Simple yet effective. Yet it's a lost art in the current world of football. England manager Roy Hodgson seemed to pick a system and then select, in his mind, his strongest XI players even if they're not suited to the position or role they're being asked to play.

Hodgson selected five strikers in his squad which was odd given he was using a one striker system. The England squad had the players to play a diamond formation yet Hodgson persisted with a 433 system. Daniel Sturridge, Marcus Rashford and Jamie Vardy all played minutes in a wide position because only one winger was taken to France in Raheem Sterling. England scored four goals at Euro 2016 yet had strikers who scored a combined 45 goals last season playing out of position. It's negligent.

Another issue for England caused by a players perceived importance is Wayne Rooney. The striker was fitted into the England midfield just so he was playing. In a team playing narrowly you need your midfield playmaker to be making passes between the lines yet Rooney's default move was the 30 yard diagonal pass to the flanks. It was all so disjointed despite the fact Hodgson had his ‘best XI'.

Belgium have faced similar problems. Their manager, Marc Wilmots, doesn't select his ‘best XI' but he did pick his favourite XI, which was just as detrimental to the team cohesion. Marouane Fellaini starting for the Belgians was a mystery with players like Dries Mertens, Yannick Carrasco and Moussa Dembele all sitting out. His presence seemed to unbalance the team and it's no surprise the Belgians best performance of the Euros, a 4-0 victory against Hungary, came when the Manchester United man started on the bench.

Didier Deschamps' French squad surprised many due to the exclusions of the likes of Alexandre Lacazette and Karim Benzema. Instead he went with Andre Pierre Gignac and Olivier Giroud. He was slaughtered in the media but he stuck by his guns. Deschamps had a game plan in mind and he took the players he felt would execute it. He made the big calls and took responsibility, something not many International managers can proudly put on their C.V. France haven't set the tournament alight but they're negotiating the tournament well so far. Ultimately Deschamps will take the blame for any failure so he has every right to go about it in a way he feels is fitting.