It’s well known by now that the Turkish league is an area where many former stars of the game head to unwind and relax after many years at the top in Europe. The same can be said for the A-League in Australia, and more recently the Super League in China.

In Turkey alone, the likes of Marek Hamsik, Mario Balotelli, Mesut Ozil, Nacer Chadli and Ryan Babel are all currently plying their trade.

There is, however, another group of players who have chosen a perhaps more tranquil setting to see out their careers. The peaceful, sunny country of Italy has emerged as a more modern region for many elder statesmen wanting to have one last payday before hanging up their boots.

Here are the journeymen who have found sanctuary in Italian football:

At the ripe old age of 39, Franck Ribery is still going strong. What’s more, he currently captains Serie A side Salernitana, recently helping the minnows pull off a remarkable fightback to stay in the top division for another year.

The former Bayern Munich and France star made 23 appearances in the recent campaign, playing a key role as his side went on a seven-game unbeaten run near the end of the season to remain in Serie A. Ribery will go down as a Bayern legend, but has also enjoyed spells at the likes of Marseille and Fiorentina, and now Salernitana. 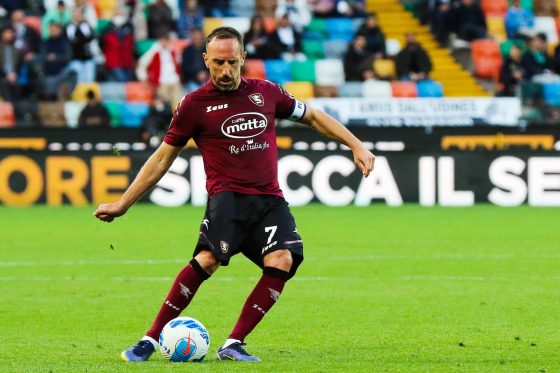 Argentine goalkeeper Sergio Romero may not have had the most exciting time at Manchester United, but he has found a much more regular spot in Italy with Venezia. The minnows were, however, relegated in the recent Serie A season after finishing rock bottom of the table.

The shot-stopper is another who has previously spent time in Italy, representing Sampdoria for a number of years before his move to the Premier League. The 35-year-old has also played for Racing Club, AZ Alkmaar and Monaco.

One man that is currently playing Serie B football is Argentine striker Rodrigo Palacio. The forward is no stranger to Italian football, of course, having previously played for Inter Milan, Genoa, and Bologna.

Somewhat incredibly, Palacio is still going strong at 40, scoring six goals in 32 matches for Brescia. Finishing 5th in the regular campaign, his side narrowly missed out on promotion to Serie A in the play-offs against Monza.

Once upon a time, tough-tackling midfielder Gary Medel was occupying a central midfield role for Cardiff City in the Premier League. Now, at 34, he plays in central defence for Serie A outfit Bologna.

It’s his seventh club in a career that has seen him play in England, Turkey, Spain, and now Italy, with his club ventures seemingly keeping in the fray for his national side, with the defender still a regular for Chile.

Joining Palacio at Serie B outfit Brescia is midfield veteran Valon Behrami. The Swiss international started the campaign a level above with Genoa, but finished it in the second division, playing a handful of minutes as Brescia fought for promotion.

The 37-year-old is, of course, no stranger to Italian football. He has also represented Lazio, Fiorentina, Napoli and Udinese. But his footballing career has by no means limited to Italy, with Behrami also lining out for the likes of Hamburg, Sion, and Premier League outfits West Ham and Watford.

Another winger, and another one that conquered much of European football throughout the early stages of his career. Unlike Ribery, however, Nani suffered the unfortunate feat of relegation from Serie A with his new club Venezia.

The Portuguese hero made just ten appearances in the recent campaign, having joined from MLS side Orlando City in January. Will the 35-year-old remain among the boats and canals of beautiful Venice in Serie B, or does he have one last trick up his sleeve? 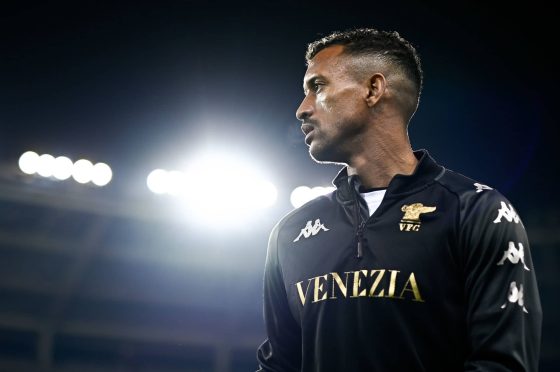 Another goalkeeper with plenty of clubs to his name over the years is former Liverpool number one Pepe Reina. The Spaniard is no longer first-choice, but is currently lining out for Serie A side Lazio. It’s his third club in Italy after Napoli and AC Milan.

Still playing at 39, Reina will undoubtedly be remembered most fondly for his time at Anfield. But he also spent many happy years in Spain with Villarreal and Barcelona, with Bayern Munich and Aston Villa also employing his services on a short-term basis not so long ago.

One man still booming for club and country is former Stoke and West Ham attacker Marko Arnautovic. The Austrian is a teammate of Medel at Bologna, with the duo key as the club secured a spot in mid-table.

The forward, however, can look back on a more successful individual season. He netted 15 times in all competitions, finishing joint-eighth in the Serie A top goalscorer charts. Arnautovic once had a loan spell in Italy with Inter Milan back in 2009 and is now back in the country after a two-year trip to China. 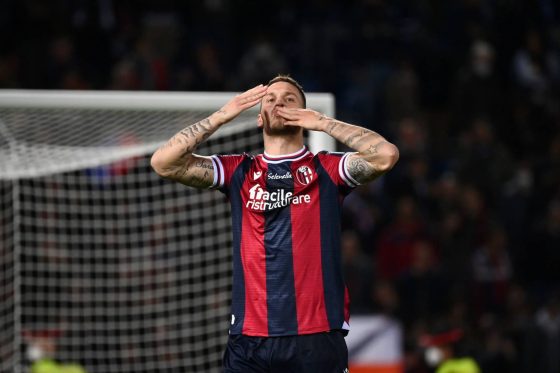 Which other veterans of the game reside in Italy?

There are plenty of other veterans who are enjoying their final years in the game in Italy. Former Liverpool midfielder Lucas Leiva also lined out for Lazio in the recent campaign. He has since announced his decision to leave the club, but that he could remain in the country to continue playing, as reported by Sky Sport Italy.

AC Milan duo Zlatan Ibrahimovic and Olivier Giroud are, of course, still flying high, with both involved in the club’s memorable title-winning campaign. Chile pair Arturo Vidal and Alexis Sanchez meanwhile were part of the Inter team that narrowly missed out on the title to their fierce rivals.

Also playing his trade in the top level of Italian football is ex-Southampton defender Maya Yoshida. The Japanese international, at 33, is currently playing for Sampdoria, having made the switch there from St Mary’s in 2020 after an initial loan spell. Former Arsenal goalkeeper David Ospina, also 33, has been in Italy with Napoli for some years now.

Another 33-year-old residing in Italy is Denmark leader Simon Kjaer. He played in the country with Palermo way back in 2008, before jetting off to the likes of France, Germany, Spain and Turkey. The centre-back now finds himself at AC Milan.

And while he may not be considered a veteran just yet, former Everton winger Gerard Deulofeu can definitely be considered a journeyman playing in Serie A. Formerly of Barcelona, Watford, Sevilla, AC Milan and, as mentioned, the Toffees, the Spaniard currently plays for Udinese.