In a bid to protect the ‘sporting integrity of competitions', world football governing body FIFA has introduced changes to the emergency loan system that will affect all English Football League (EFL) clubs this season.

Unlike in previous years, clubs are now unable to secure players on loan in between the two transfer windows (1 September to 31 December and 1 February to season's end). The only exception to this new rule concerns goalkeepers; teams are permitted to sign a goalkeeper on loan should they have no ‘keeper available – who has made a minimum of five first-team appearances.

Around 500 month-by-month ‘emergency loans’ were utilised each season among lower league teams, preventing clubs with tight budgets from stockpiling players in the summer and January transfer windows in case of injuries.

Many sides have managed to either secure promotion or avoid relegation thanks to this ruling, as was the case when Ravel Morrison joined QPR on a 93-day emergency loan from West Ham in February 2014. Scoring six goals in 15 appearances that year, the former Manchester United youth product gave the London side a much needed boost as they went on to clinch promotion to the Premier League.

The abolition of this rule has raised concerns with many in the game; England manager Sam Allardyce (then as Sunderland boss) was one to raise the issue with the media. He said in January: “Lower league teams will have to take players on a full-season loan or a half-season loan, which increases the cost to those clubs’ budgets.”

He added that the change could further damage the prospects of homegrown talent: “This will put extra pressure on the manager not to take young players in case they don’t work out, which then cuts down our development of young players.” 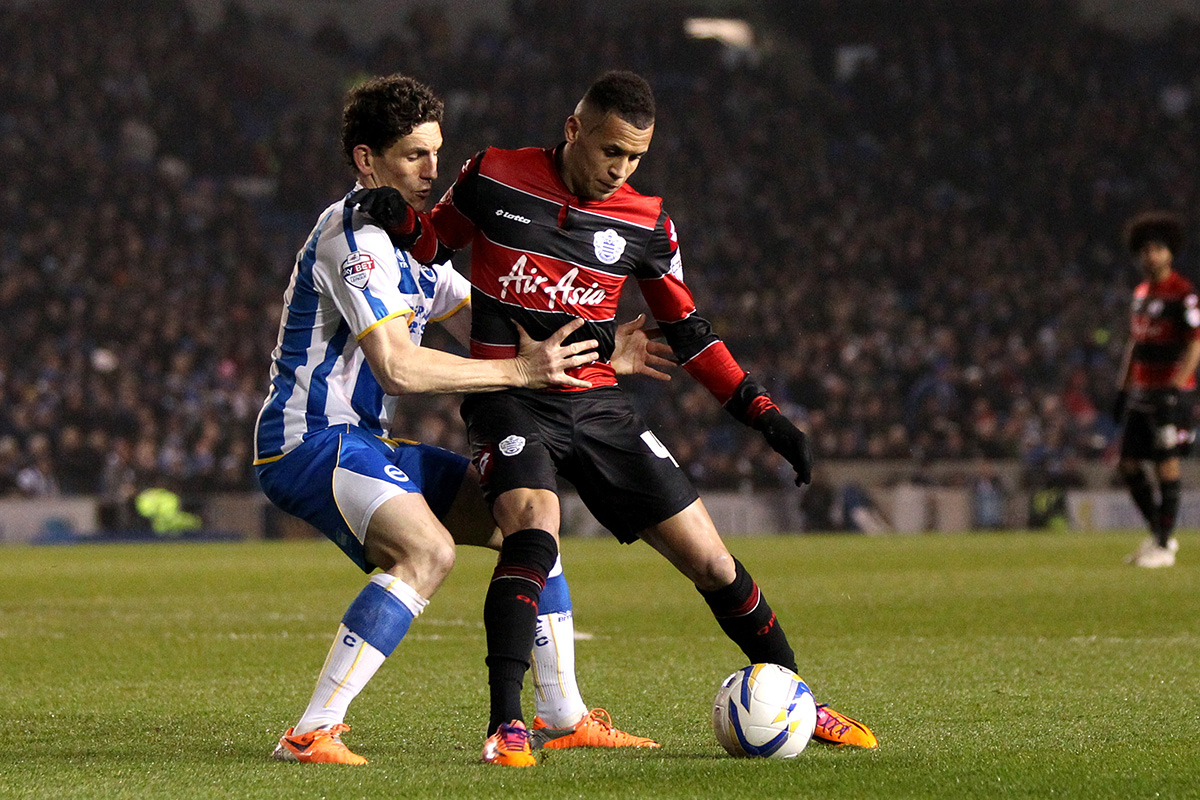 As he assesses the squad in his new role as national team boss, Allardyce will be all too aware of the role that loans have had among the players selected. In fact, of his predecessor Roy Hodgson’s 21-man squad that faced Germany and the Netherlands in friendlies last year, only six had not benefitted from loans at some point in their career.

The introduction of ‘Premier League 2’ has not only given the under-21’s division a change of name, but also a change in format. Now anyone under the age of 23 can play for these sides, perhaps limiting opportunities for those players who are at the younger end of the scale.

While these players will not be able to seek first-team football outside of the transfer windows in the league, there is a viable alternative.

The Vanarama National League has just taken the step to abolish transfer windows for the 2016/17 campaign – these 24 clubs will be able to enhance their squads with players on loan right through until the last Thursday in March.

An official statement on the National League website in June read: “There will be no longer be any Transfer Window in August or January and with the removal too of Emergency Loans, clubs will now be permitted to loan a player at any time during the season in line with those terms which has been applied with clubs in the Vanarama North and Vanarama South.”

The statement continued: “There will still be a limitation on the number of loans and no club will be able to name more than five players in any one competition fixture.”

There has been a rising trend in the number of players loaned out from clubs in the top four tiers of English football to their National League counterparts and – with the new rules in place for this year – this looks set to continue. Last season, 168 players made loan moves to the National League from Premier League and Football League clubs, in comparison to 127 in 2013/14.

With a huge surplus of young players among the bigger clubs in the Premier League, a good number may well filter down to grateful recipients four divisions below. Of 42 players loaned out by Chelsea so far this season, five have arrived at English Non-League clubs, including 20-year-old centre-back Dion Conroy, acquired by National League side Aldershot Town.

Town boss Gary Waddock said of the signing: “He has to force his way into the side but this move will be good for his development. The physical demands of the National League will be a massive learning curve for him but it’s something he will have to get used to if he is to play at the level that he wants to play at.”

True to his word, Waddock left the Chelsea defender – who has already played at the Shots' EBB Stadium in the Blues' under-23 development home fixtures – on the bench in their important fixture against second-placed Tranmere Rovers last Saturday (3 September). An impressive 3-1 victory over Rovers will mean Waddock's new signing will have to wait in the wings for his chance. 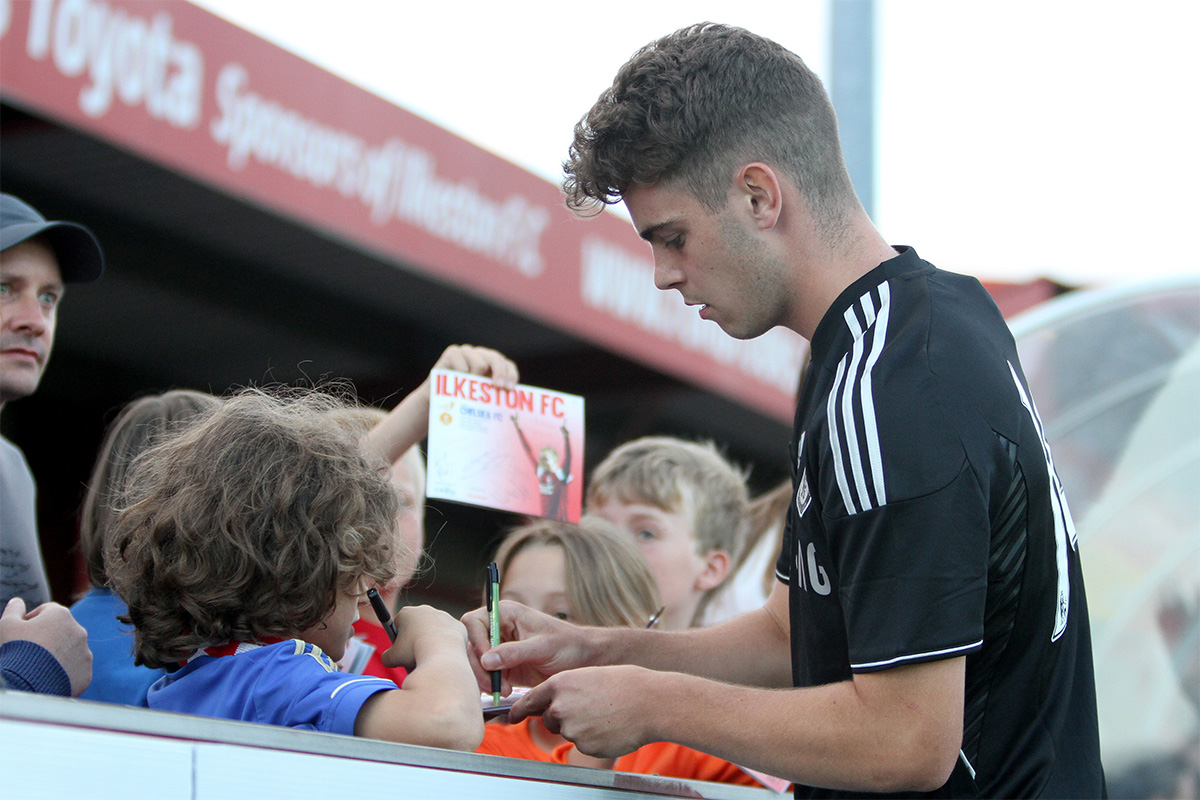 The loan move has proved to hold merit for the player himself, as Conroy told the club’s website: “It’s always been an amazing pitch to play on and, especially the way Aldershot Town play football, I can’t wait to get started. I just really want to get out and play football.”

A bumper Non-League Day attendance of 2,585 against Tranmere – the division's highest attendance of the day – will, no doubt, have given the youngster a valuable insight into competitive football in front of passionate support.

Despite this, there remains a downside to an open-ended loan system if Non-League clubs become over-reliant on hand-me-downs from above. With little prospect of a permanent move arising at the end of a loan spell, smaller clubs can see a high turnover of players – some who may arrive with little motivation if things go wrong, leading not only to a lack of continuity but also pride in performances.

Many Non-League teams spend time working with and improving these players, many of whom will then simply return to their parent clubs. These new loan measures may have the appearance of freeing the Non-League from the shackles of the oppressive transfer window system, but sometimes in life you have to be careful what you wish for.