The principles of expected goals (xG) is simple: a player is more likely to score closer to goal than from far out. There are a lot of other factors that can be added into it, but that's one of the fundamental rules.

Now a lot of people within football have grasped this. Yet a few have not. And we're going to start with a rogue wolf…

Note: the following shot maps are open-play shots only. 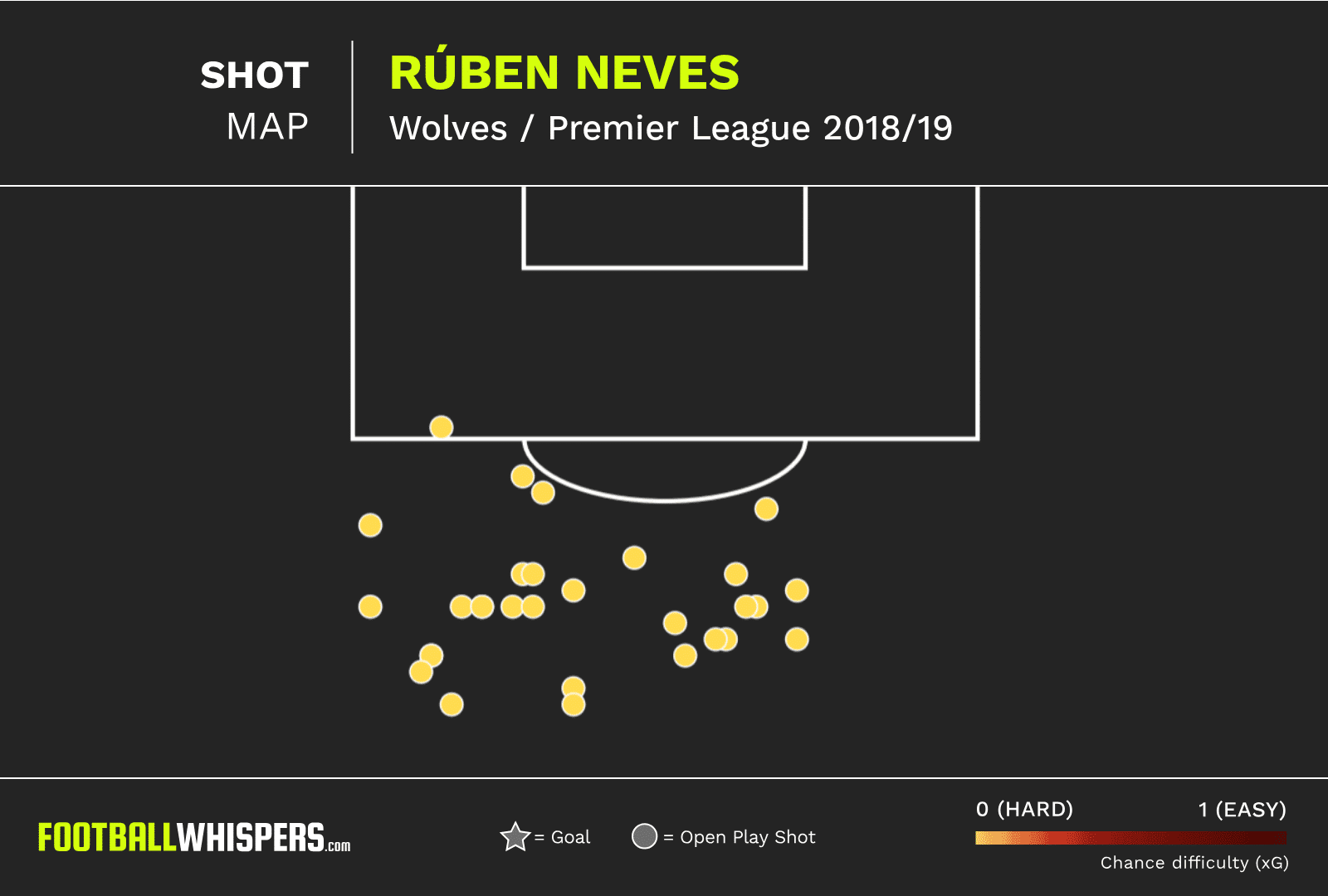 Wolverhampton Wanderers star Ruben Neves is undeniably very good at a lot of things, but this season the midfielder has taken 30 open-play shots that are yet to reach a total value of  0.75 expected goals.

The Portugal international's average shot has just a 2.5 per cent chance of going in. There have been 109 individual open-play shots across Europe's top five leagues that have a higher expected goals value than Neves' 30 put together.

Perhaps he is taking inspiration from the old idiom; if at first you don't succeed…

Or maybe Neves is taking his cue from Udinese's Rodrigo de Paul, the Argentine who has scored three goals from outside the box already this season. 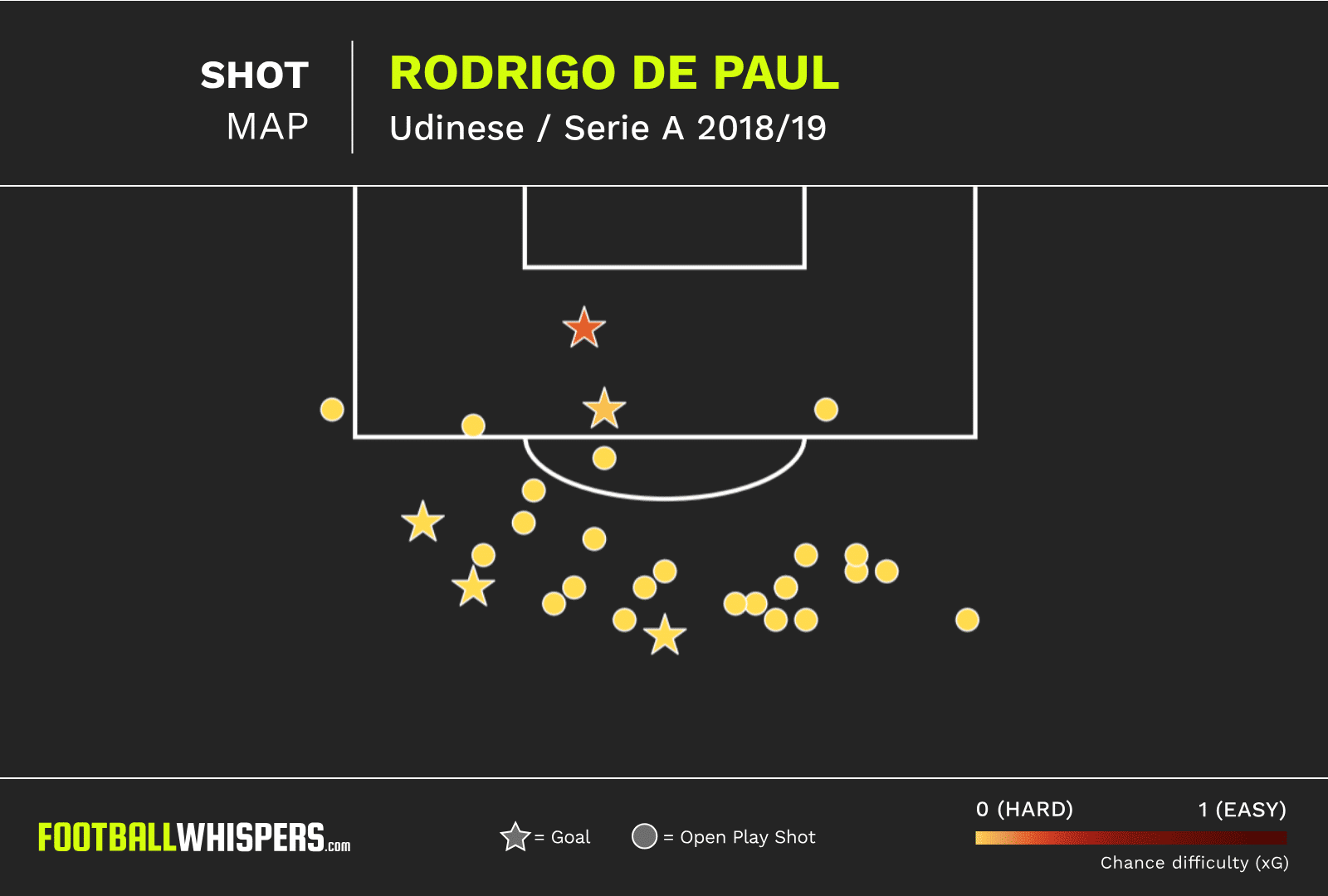 It's safe to say this is above expectation. Even including his shots from inside the box, the value of de Paul's efforts on goal has just 1.21 xG.

From an expected goals point of view, there's something even more frustrating than De Paul's shot selection. It's the fact that, when he's not taking hopeful punts from 25 yards, he's actually creating good chances for his team-mates. 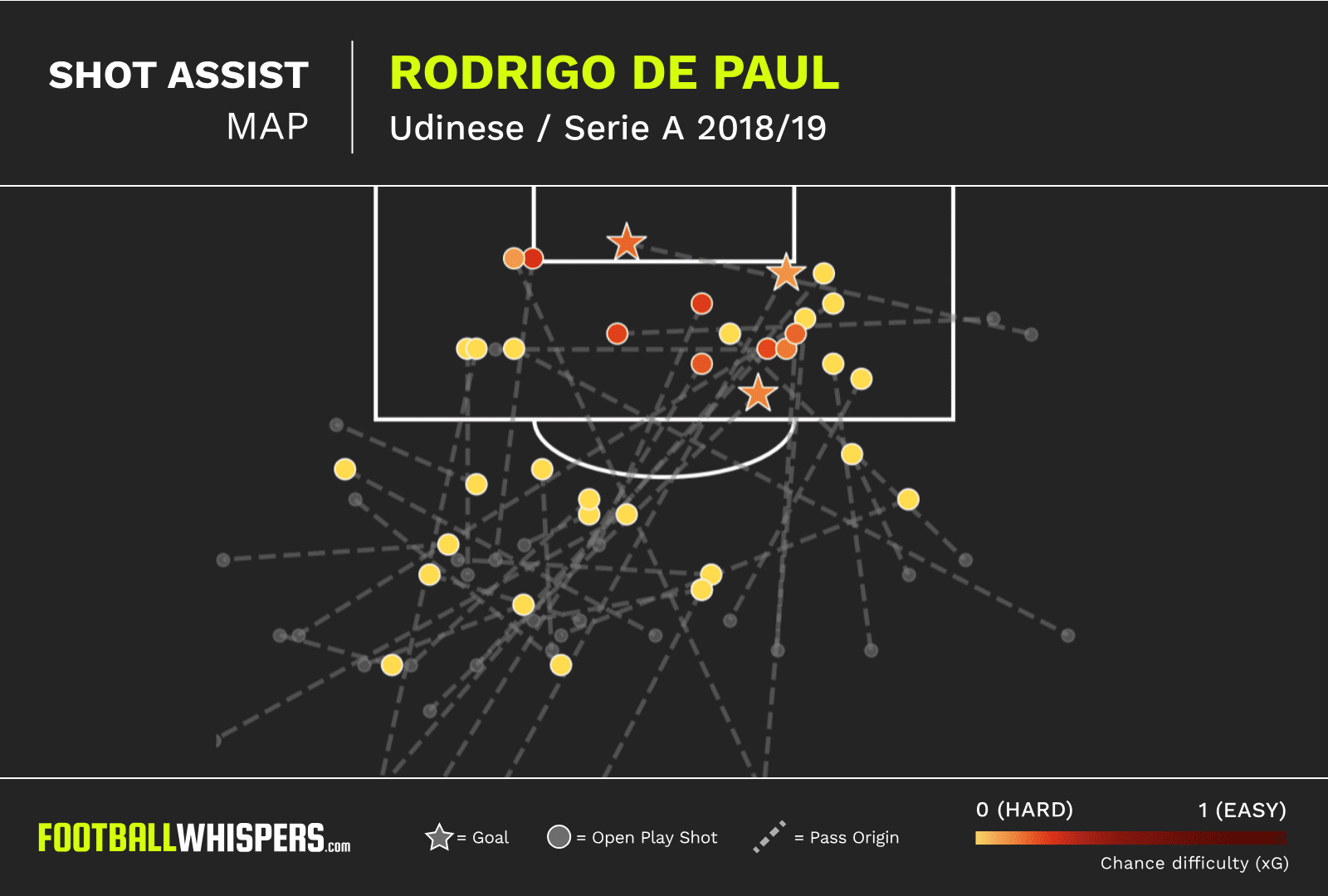 There are some who take the opposite approach to Neves and De Paul, though.

Getafe's Jorge Molina has a remarkable shot map, with all his attempts taken from a twelve-yard radius around the goal.

Perhaps the forward just doesn't want to run very far… at 36 years old you could certainly understand why. 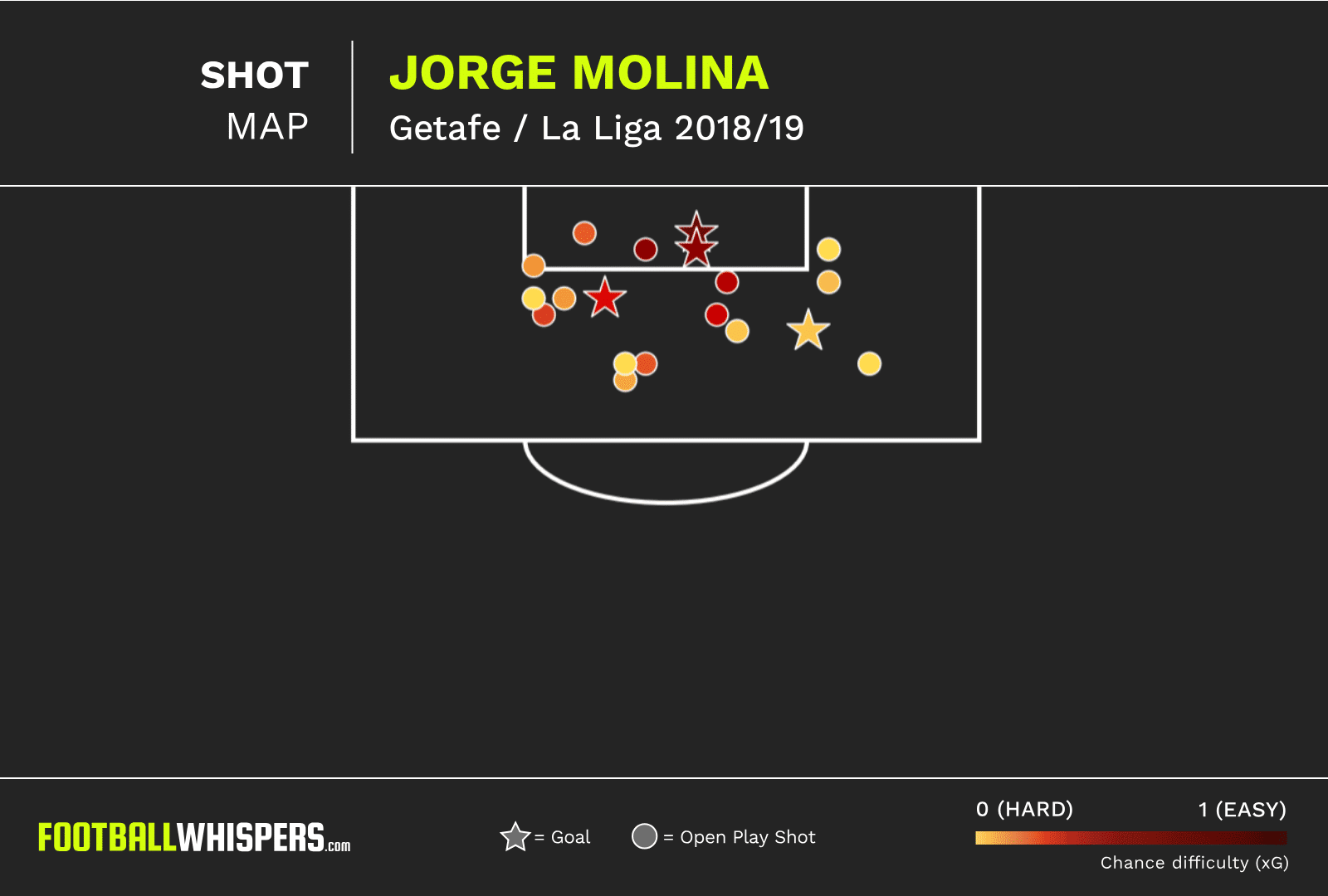 Of course, shooting close to goal is no guarantee of scoring. Just ask Chelsea's Álvaro Morata or Fiorentina's  Giovanni Simeone – both players have had three chances worth 0.5 or more expected goals and failed to score any of them. 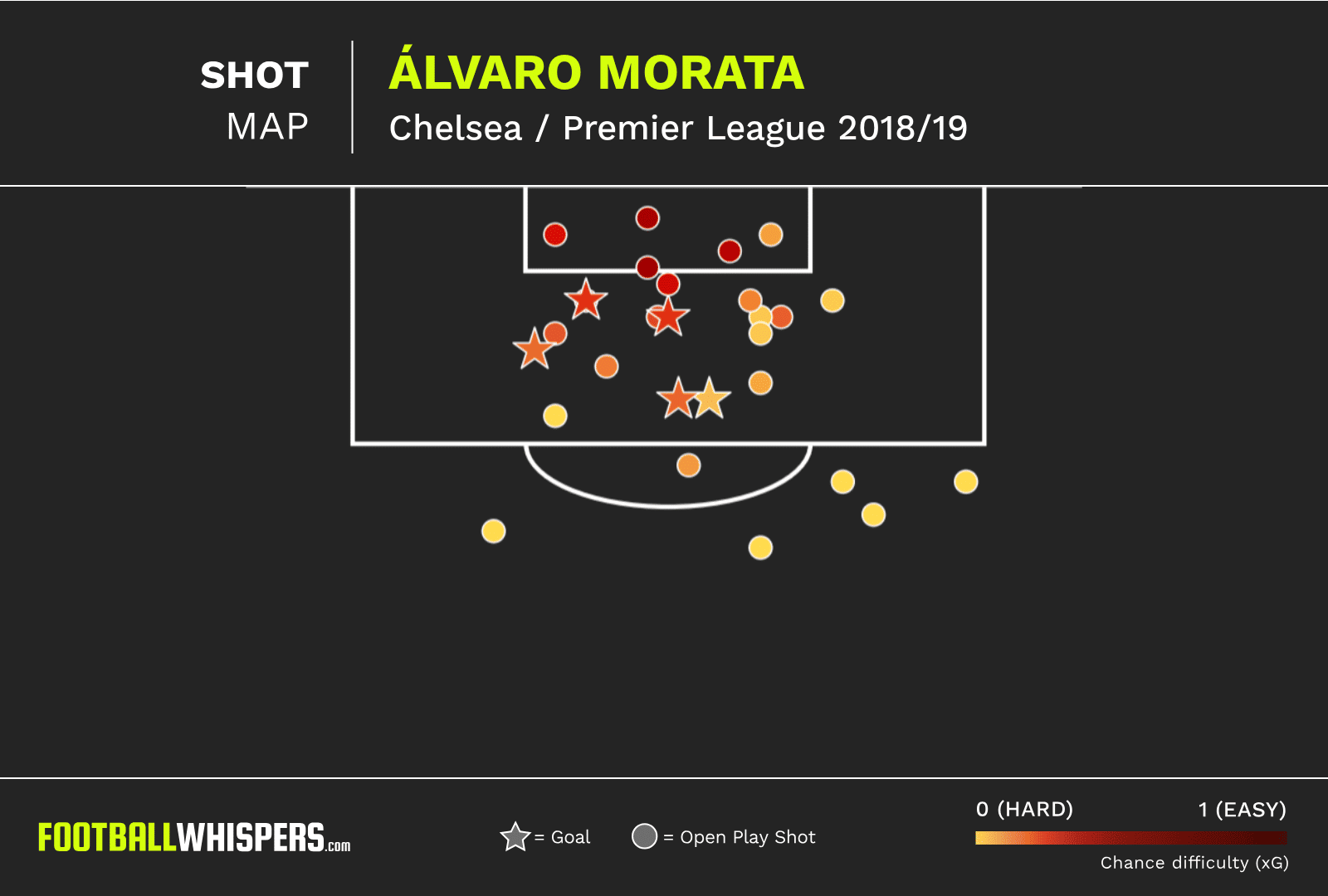 To be fair to Morata, his 0.53 goals per 90 minutes is a good return and his 0.71 expected goals per 90 is the second best among Premier League strikers.

Borussia Dortmund's Paco Alcácer, having scored a Bundesliga goal every 28.2 minutes this season, is the opposite. 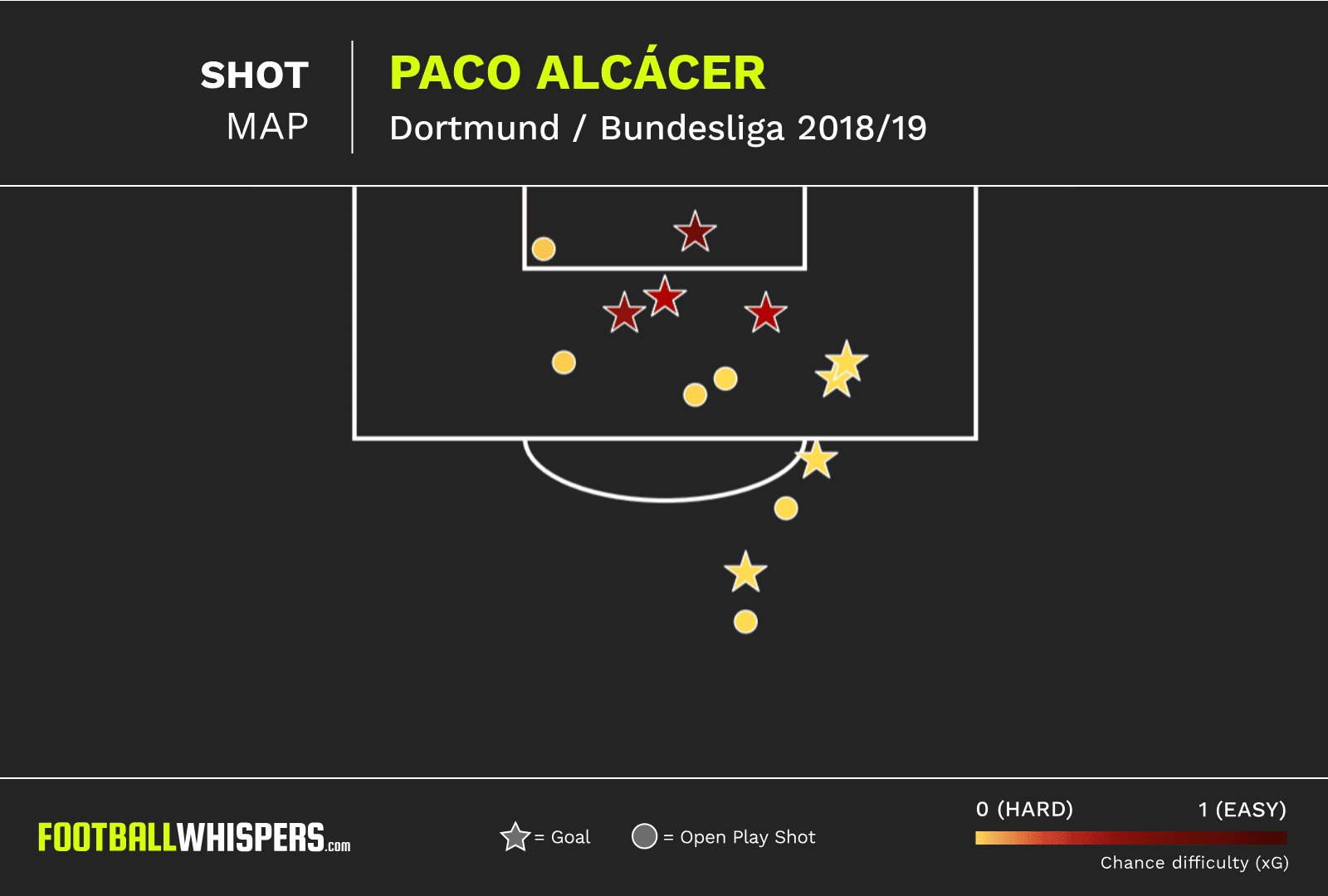 He's netted all five of his chances that were worth half an expected goal or more, with two of them, against Mainz and Freiburg, coming from the exact same spot.

Neuer has become a museum piece in football’s latest evolution

Underlining the ‘football’ in ‘football analytics’