The FA Cup 5th Round is upon us and we have decided to take a look back at some of the great 5th Round goals in the history of this grand old competition. The 5-goals we have chosen to look back at were highlighted by the FA on their official website back in 2015 as the top five goals of the fifth round proper.

The FA's top five goals of the FA Cup 5th Round 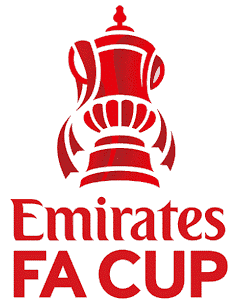 Jose Antonio Reyes probably didn't go on to have the career his talent deserved but he was part of that famous Arsenal invincible side and will always be remembered fondly by the Gunners faithful. His first goal in English football was certainly one to remember as he picked up the ball around 25-yeards out, took a few touches to set himself up before releasing a wonderful left-footed strike that arrowed right into the top left-hand corner of the Chelsea goal and sent the Arsenal fans wild.

Reyes went on to score a second goal in that famous 2-1 win for Arsenal over Chelsea in the 5th Round of the FA Cup, cementing his name in the annals of Arsenal's history. Reyes would go on to play 69 times in the Premier League, scoring 16-goals, before being loaned out to Real Madrid and then signing for their city rivals Atletico in 2007. Sadly, at the age of 35, Reyes was involved in a fatal car accident and a minutes silence was observed at the 2019 Champions League final in his honour.

Talk about goals that deserve to win goals, Gardner's strike for Sunderland against Southampton will go down in history as one of the best ever FA Cup goals, let alone goals of the 5th Round. With the Saints on the backfoot and failing to clear the ball properly, Gardner takes a lovely touch to take the ball past Wanyama before unleashing an unstoppable strike with his right foot that goes in off the crossbar.

That goal proved enough to win the game and Sunderland reached the Quarter-Finals of the FA Cup that season as well as the final of the League Cup. Gardner made exactly 100 appearances for the Black Cats in all competitions before being sold to West Brom ahead of the 2014/15 Premier League campaign. Gardner always possessed the ability to score special goals but probably didn't score enough of them during his 15-year career.

Everyone loves a goal direct from a free-kick and they don't come much better than Darren Ambrose's Roberto Carlos-esk effort in the 5th Round of the FA Cup against Aston Villa. You can tell from Ambrose's run-up that he has no intention of crossing the ball into the area, he's going direct for goal. However, the big issue for the player is that he is around 35-yards out and Aston Villa have one of the Premier League's greatest goalkeepers between the sticks, Brad Friedle.

The Crystal Palace man certainly scored the goal of the 5th Round that season but it wasn't enough to win the game, which ended in a 2-2 draw. The sheer power and precision of Ambrose's strike meant that Freidle had no chance of stopping it from hitting the back of the net. Darren Ambrose was a midfielder with bags of talent and ability yet he never really made it at the top level and was always more suited to life in the Championship. During the 2009/10 season, Ambrose netted an amazing 20-goals in 53 games across all competitions for Crystal Palace but never made it back to the Premier League following Charlton's relegation in 2007.

It's hard to find a clip of Aron Gunnarsson's first-ever goal for Coventry City without showing you each of the top 5 FA Cup 5th Round goals in one go, so we have edited down the Icelandic's fabulous strike which you can watch using the link provided below. The Icelandic midfielder is known more for his fantastic long throw ability rather than his goals but he did enjoy a good run in front of goal during his time with the Bluebirds from 2011-2019.

Blackburn fail to clear the ball properly and it falls to Gunnarsson around 25-yards out and the Icelandic international sets himself up for a half volley which he hits back across himself into the keeper's right-hand corner. Once again, this goal wasn't a winner as the tie finished 2-2 but that goal is still remembered fondly by the Sky Blues faithful. Gunnarsson spent 3-years at Coventry where he made 123 appearances in the league, scoring 6 goals, before moving on to Cardiff City in 2011.

Poor clearances seem to be a theme in this list of the top 5 FA Cup goals of the 5th Round and Eric Cantona's is probably the pick of the bunch. Cantona was no stranger to skillful goals but the way in which he controls the ball outside of the box following a poor clearance from the Wimbledon defender to then volley the ball over the top of disappearing Hans Segers was truly brilliant. Cantona had a great record in the FA Cup scoring in each of his five seasons at Old Trafford, netting seven times in the 1995/96 cup run.

Eric Cantona didn't always make the best decisions when playing at Selhurst Park, but this goal was one of the best the Frenchman scored during his time at Man Utd and will go down as one of the best FA Cup goals of all time. Cantona spent 5-years at Old Trafford making 143 appearances in the Premier League and scoring 64-goals and is considered to be one of the greatest players to ever play for the club. Suspension and temperament probably had a lot to do with why Cantona never managed to score 100-goals for Man Utd, as the French forward certainly could have played on past the 1996/87 season.