Upon signing for Rangers, Joey Barton said that he thought that he still had the ability to be the best player in the country (the country being Scotland). He’s a player known for brash statements, but was there an element of truth to his claim?

The state of the Scottish Professional Football League (SPFL) is one thing, but it must have been tough to watch from the sidelines as the other home nations competed at Euro 2016 this summer.

Scottish football has been in a bad way both on and off the pitch. Failure to qualify for France had to be jarring, especially when you factor in that UEFA has expanded the format from 16 to 24 teams.

A tough qualifying group – including Germany, Poland and the Republic of Ireland – proved to be too much for Gordon Strachan's side. The Scots ended up finishing behind that trio, which is nothing to be ashamed of but meant that their absence from international stage stretched to its ninth straight tournament.

For all of Wales’ ‘Together Stronger' spirit and togetherness, they relied heavily on the individual talents of key players such as Gareth Bale and Aaron Ramsey to guide them to the semi-final against Portugal.

What Scotland wouldn’t give for a star man in the mould of Kenny Dalglish or Denis Law, now. Unfortunately, players of that calibre are few and far between in any generation. Meanwhile, Strachan has had to make do with Championship level players, such as Steven Fletcher (Sheffield Wednesday) and Ross McCormack (Aston Villa), at the sharp end of the pitch.

Fletcher's record of eight goals in 28 caps isn’t a bad record for an average side at international level, although that total was padded with six strikes in two Euro qualifiers against minnows Gibraltar.

It stands to reason that the quality of the Scottish Premiership will affect the standards of the national team, and without Rangers to provide competition over recent years it has been something of a procession for Celtic over the last three years.

But things could be about to change… 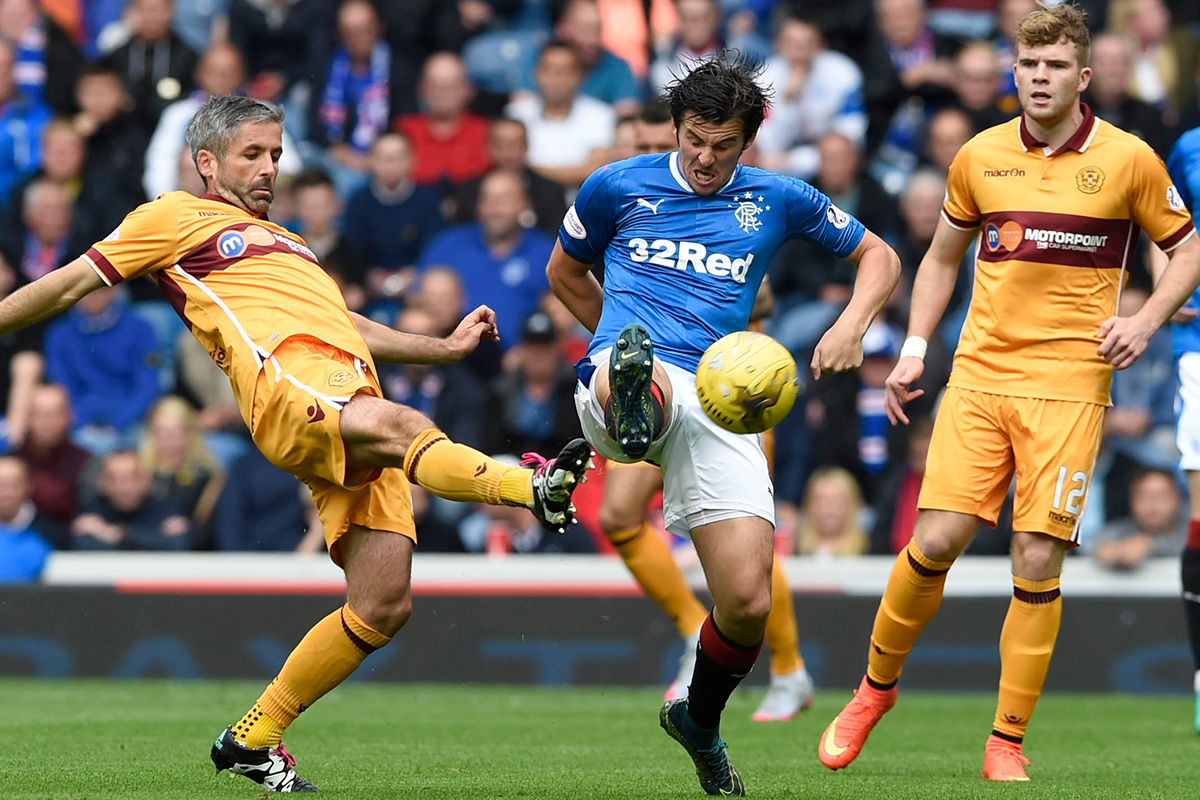 Mark Warburton help guide Rangers back to the top tier by winning the Scottish Championship last year, meaning the missing rivalry of years gone by should return over the coming months.

Rangers have made an unbeaten start to the campaign – after four games it is Celtic top and Rangers second – and will be aiming to challenge for the title, something Warburton confirmed after gaining promotion back in April.

The arrival of Brendan Rodgers at Celtic has also helped to galvanise interest in the SPL, and their progression to the Champions League groups stage – where they will face Barcelona, Manchester City and Borussia Monchengladbach – can only benefit the Scottish game.

Obviously Iceland might have shown up England as they proved to be the exception to the rule about smaller teams, but Strachan does have a comparatively small pool of top-flight players to pick from.

In their last international – in the 3-0 loss to France on 4 June – just three of Strachan's starting XI played for English Premier League clubs at that time: Matt Ritchie (Bournemouth), James McArthur (Crystal Palace) and Darren Fletcher (West Bromwich Albion). There were no representatives in that XI from the Scottish Premiership.

The Scots' World Cup 2018 qualification campaign kicks off in Malta on Sunday (4 September). Out of Strachan's 27-man squad (below) for that match, just seven play for a SPL side. 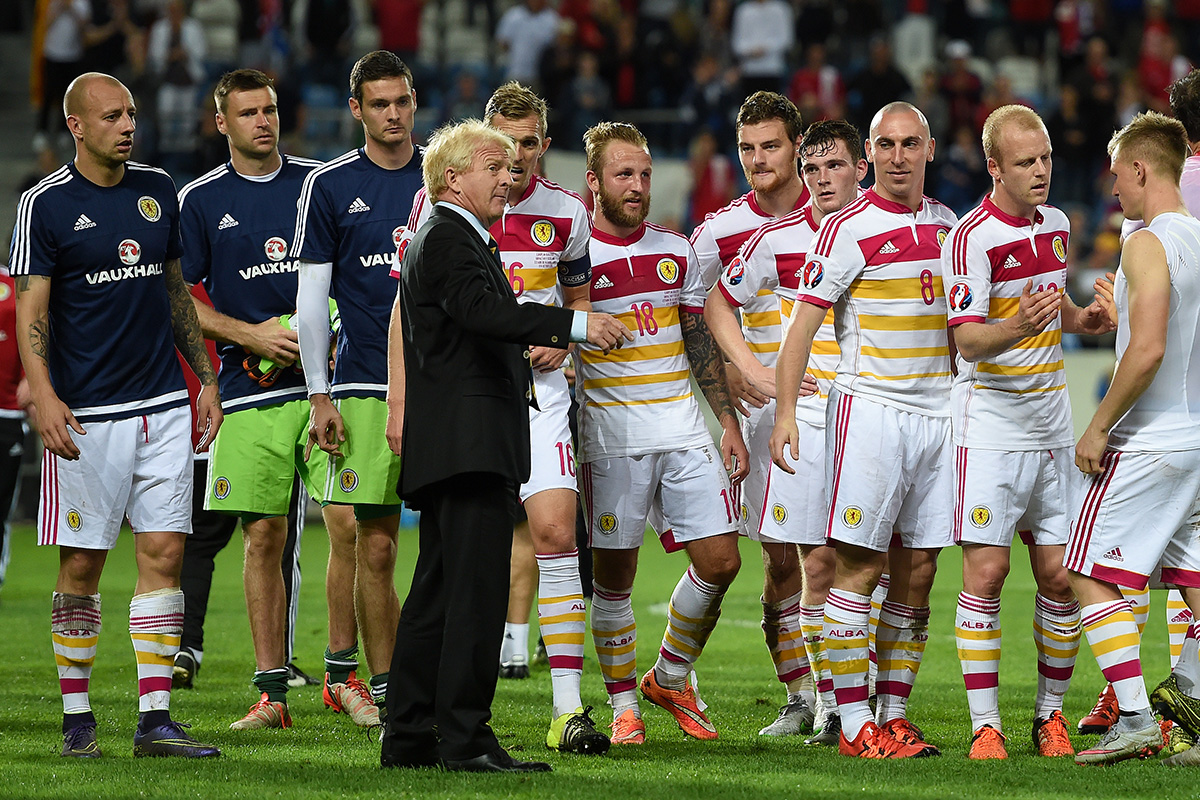 Strachan has been at the helm since early 2013, and if there’s no accountability for non-qualification then how can the SFA expect its national team to progress in future? The former Southampton boss seems safe in the role despite their failure to qualify for the Euros, which sends out a clear message that failure is an option.

Has he taken the team as far as they can go, or should the limited pool of players be taken into consideration? Sticking with the same coaching staff allows for continuity, and they did have a tough group. Sometimes, it’s as simple as that.

Group F in the World Cup qualifiers pits the Tartan Army against the Auld Enemy, England, while Slovakia will probably be the only other serious competition for the top spots. There is definitely an opportunity for the Scots to qualify for a tournament the first time in the best part of two decades.

A place in the finals in Russia would be enough progress to show that keeping the faith with current set-up was the right choice.

But what of the domestic landscape? As mentioned earlier, signing a player like Barton is something of a coup for the SPFL, and the former England international has the ability to drive up the standards – on the field, if not off it! – of his Rangers team-mates.

How the likes of Celtic skipper Scott Brown would love disprove 33-year-old Barton's claims to be the best in the league.

Indeed, the pair have already lit the touchpaper in the Scottish Herald. Barton said recently: “People keep talking about Joey Barton and Scott Brown. He [Brown] ain’t in my league. He is nowhere near the level I am as a player. He can’t get to me. If I play well, Scott Brown doesn’t stand a chance. That is not me being blasé. That is me just stating what I believe.”

Barton did go on to say that there are ‘good players' throughout the league, who will be ‘ultra-competitive' this season, but it’s down to Brown and the Scottish contingent to prove they rule the roost.