Inter de Madrid were formed in 2002 and now ply their trade in the third tier of Spanish football. English businessman Stephen Kenneth Newman had the idea of creating a new club in the city of Madrid and used the money he made from his real estate company to turn his dream into a reality. Inter de Madrid took 16 seasons to make it through to the third division, where they now compete in the Copa del Rey, though, they have never been further than the first round. Following back-to-back promotions in their opening two seasons, Inter then spent six seasons in the fifth tier before earning promotion to the next level. The club then spent eight seasons in the four-tier before reaching their current level in 2018 going up as champions to the Segunda Division B, the same year a certain DUX Gaming were formed.

DUX Gaming are a successful Spanish esports club that primarily plays FIFA and NBA 2K and proudly boasts the first-ever professional female esports player. In 2020, footballers Thibaut Courtois, Real Madrid, and Borja Iglesias, Real Betis, became shareholders in DUX Gaming and shortly after the company bought Segunda Division B side Internacional de Madrid and renamed the club DUX Internacional de Madrid. Courtois and Iglesias act as advisers to the club as well as content creators according to the DUX CEO, but they aren't involved on a day-to-day basis.. Both footballers are big fans of videogames and were really excited to get involved in this project.

“Video games are something I've been passionate about since I was a child… Having the chance to be an active participant in a project like this is something that especially excites me.”

DUX Internacional de Madrid now have a former esports professional and YouTube star between the sticks in the form of Carlos Santalo, better known by his gaming alias ‘Kolderiu'. Santalo has over 1 million subscribers on YouTube and around 500k on Twitch, so having someone as popular as him within the squad is bound to have attracted a few more fans to Inter de Madrid. 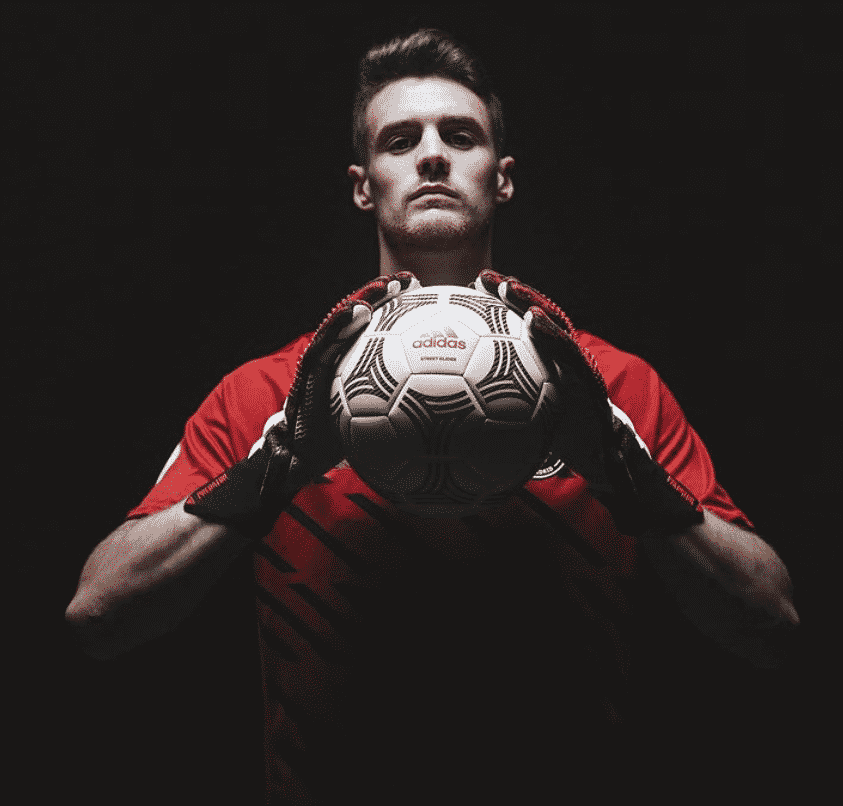 DUX Inter de Madrid now stream their football matches online since they have had an increase in younger fans and the fact that YouTubers and esports players join professional commentators as guests during these games, only adds to the spectacle for these new virtual fans. Clearly, DUX have a plan for Inter de Madrid and using social media platforms, the online streaming of games and including former esports players in their squad is purposely done with the aim of upping the club's fanbase and producing extra income, which the club will need if it is to progress.

The Use of Cryptocurrency Early this year, DUX Inter de Madrid made history when they became the first football club to sign a player using cryptocurrency. David Barral is now 37-years-old and has had what people in the game call a ‘journeyman' career. Barral started his professional career at Real Madrid but only played for the C and B teams before moving to Sporting Gijon in 2006. Barral spent time at Levante before moving abroad with Al Dhafra and APOEL, returning to Spain in 2019 with Racing Santander, after a short but successful spell with Tokushima Vortis. Bitcoin, one of DUX Internacional de Madrid's sponsors, was used to broker the deal between the two clubs and the DUX Inter de Madrid higherups are looking at other ways to use the cryptocurrency in the future.

“We would love to be able to explore a way in which a percentage of players' salaries could in the near future be paid using cryptocurrencies.”

Said Stephen Newman, who stayed on at the club as President.

The project DUX gaming and the likes of Courtois and Iglesias have taken on with Inter de Madrid is not a publicity stunt and their aims for the third-tier side is to eventually play in La Liga. Being formed in 2002, Inter are a relatively new club with little history and in that sense, the takeover won't have caused too many ruffles in the local community or with the club's original fan base. However, they aren't the first lower league club to be bought by a footballer as FC Andorra are owned by Barcelona centre-back Gerard Pique and he too is looking to create something special with his side. The task ahead of both clubs is well understood and will take time to achieve, as Iglesias states,

“Our aspirations are to continue growing,” said Iglesias. “We know how difficult this project is and we face it calmly, but at the same time we are very excited about the opportunities that lie ahead.”

DUX Internacional de Madrid finished their first season in the third-tier in 14th position and claimed 8th spot in their second campaign, so appear to be making improvements year on year as they always have done. The club finished 3rd in their Segunda B Group with 30pts from their 18 matches, just 5pts off DD Reyes who claimed the top spot and 2pts behind Real Madrid's reserves who finished as runners-up.

Barral has scored two goals in 8 appearances for the club so far and was sent off when going up against one of his former teams, Real Madrid reserves earlier this month. The second phase of the Group Stage is upon us and DUX Internacional de Madrid will play against five other teams in the Championship Group, which could eventually lead to promotion to the Segunda Division. All looks positive for the future of this football club and if they continue to be successful, could they pave the way for the future running of other professional football clubs?