World poverty may be on the rise, but are we slowly starting to see an end to footballers that played the game barefoot during their formative years? The concept of no shoes brings up images of the favelas found in Brazil and the street football they play, and it’s still a common occurrence for many children growing up today.

The Ronaldinho’s of the world might be happy to play barefoot, but the rest of us know that a well designed boot can be the difference between the top corner and row Z.

There’s always the story of legendary striker Ferenc Puskas. It’s said that his father was too poor to afford a pair of shoes for his son, but he managed to save enough to buy one leather boot, for his dominant right foot.

Puskas took to using only his left foot, (to preserve his shoe) while learning to play the game on the streets of Kilpest, leaving everybody wondering – just how good would he have been if he was able to use both feet growing up?

(He ended his career with over 500 goals for Real Madrid and Budapest Honved FC.)

Originally, football was played in work boots, which were as heavy and unwieldy as you might imagine. Tacks were eventually introduced to allow for more grip in the late 1800’s, but boots were still cumbersome, (and vaguely dangerous) by the forties. These tacks evolved into the studs we know today, though they were usually hammered in manually, and there was no sign of the replaceable ones that grip the grass so well.

They resembled the work boots they evolved from, and you’d be hard pressed to find a pair that didn’t come in the traditional brown or black. They were made with thick leather, with a reinforced cap on the front end to allow for toe punts, which was the preferred method of moving the ball forward for most players at the time.

It was genuinely a good idea to break in shoes by wearing them in the bath when new, causing them to shrink and mould around the foot for better control. Smaller shoes were usually preferred because of this, but they were eventually replaced by shoes purpose built for football, in part thanks to the work of the Dassler brothers from Germany. 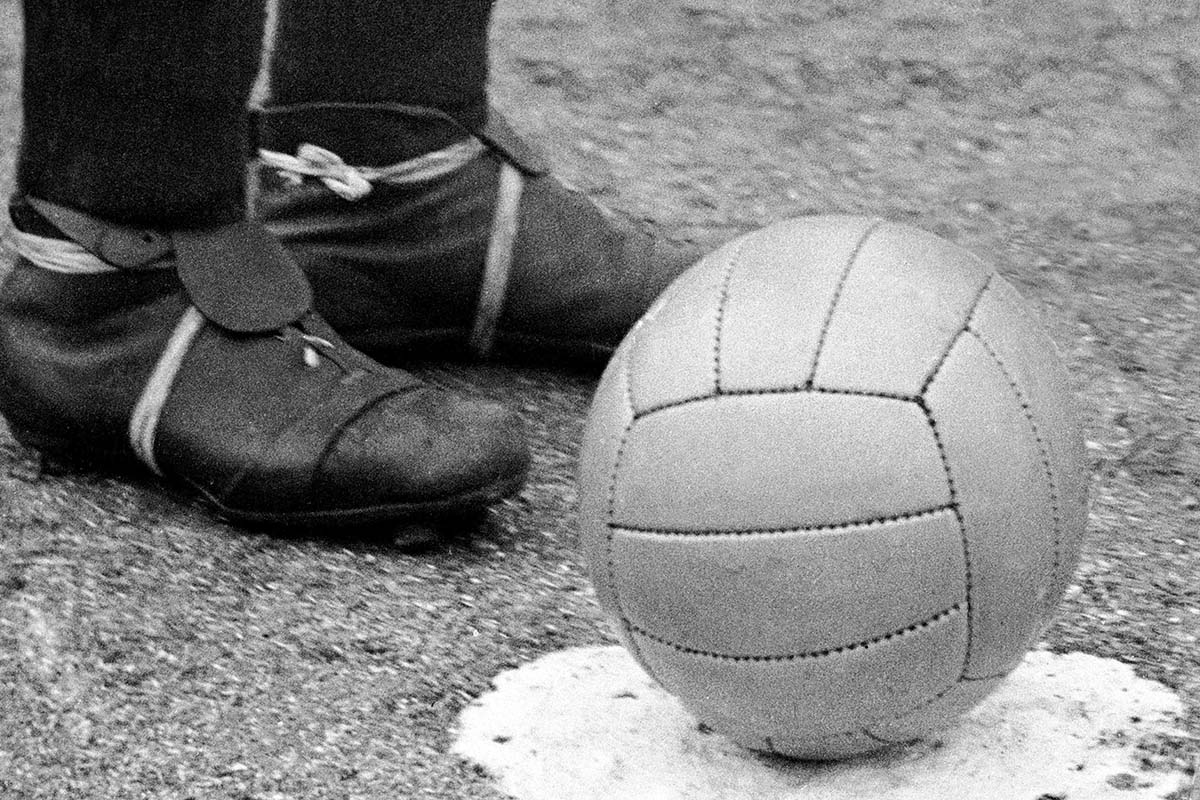 Adidas helped to revolutionise the modern boot, thanks to the erstwhile work of Adolf (Adi) Dassler in 1948. His brother Rudolf started Puma in the same year following a spat between the siblings, and they both claim to have invented interchangeable studs in the modern style we know today.

The rise of skilled dribblers and better quality pitches after World War II helped to make lightweight boots a better option, and there were further developments in the 1960’s thanks to technological advancements. There was a move away from the protective nature of past designs, instead focussing on offering more control for the player. In many ways, the boots began to reflect the way the game itself (and the way it was played) was changing.

By the 1970’s, players started to negotiate sponsorship deals to wear a certain brand of boot. These deals were the beginning of the shoe deals we know today, while you could finally get a pair in white if you wanted.

The 1990’s saw the rise of the modern football boot, and adidas Predators were released for the first time. There was more of an emphasis on cushioning and heel support, which allowed players to run faster and turn quicker without the risk of injury. Moulded blades also made their first appearance. Boots became lighter, and they were suddenly available in all colours. Nike also made major strides in terms of marketing and boot production.

In recent times, we’ve got to the point where you can find shoes that promise everything.

Marketing divisions are telling us they’ve launched a “football boot with a brain”, and there’s no sense of irony. It’s ridiculous hyperbole, but it’s interesting to note the rise in wearable technology on football boots, and the ways they can help the user to improve their overall game.

Data chips on boots will measure performance, allowing players at all levels to use apps and computers if they’re willing to stump up the cash. For teams (and players) at the lower end of the football pyramid, it can be a great way to work on their overall game.

Pricing is a major factor when it comes to quality, with professional boots offering a better build quality when compared to cheaper options. These boots aren’t made to last, but they have been refined for decades to help players be at their best.

So, what about the future? 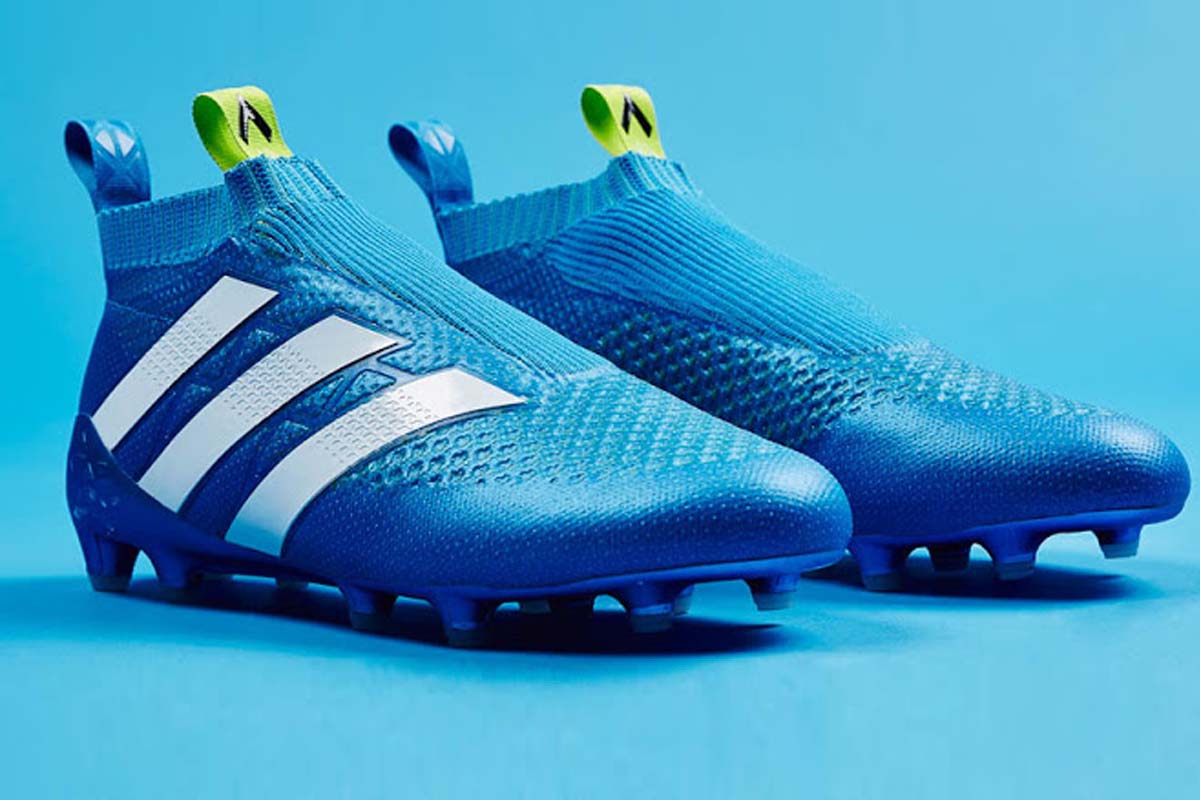 Mesut Ozil and Ivan Rakitic are fronting a new design by adidas this season, with a completely laceless boot to allow for better ball control. It’s a world away from the safety first mantra of yesteryear, though it is a logical conclusion given laces can sometimes get in the way. It highlights the way that sponsorship deals have become more prevalent in the modern game. They’re a good earner for both parties, and it’s a great way to showcase the product range to an audience that will probably be interested.

Then again, it also highlights that they don’t have much further to go in the quest for the perfect boot, and they’ve arguably over-engineered what is, in effect, an expensive shoe used to kick balls and run on grass.

Just how much further can we go, and just how light do the shoes need to be? Some give the impression that you’re playing barefoot like Puskas, but it does mean you’ll feel studs and kicks that much harder when they do come in.

Anyone can see the difference between pairs of boots, and it’s true that different ones fit different situations. We’re a long way away from the rugged origins of the past, but it’s still worth remembering, it’s not just about the boots.

It depends on the footballer wearing them.

Later this month, adidas are releasing the new ACE 16.1 Primeknit football boots. These boots have been engineered right down the finest detail, to further enhance your creative ability and control on the ball, allowing you to dictate the pace of the game with ease. The Ace 16.1 features a Primeknit upper, which is a weaving technique that creates arguably the most comfortable football boot ever with absolutely no wear-in time! We have decided to give away a pair – absolutely free! Click on the image below to enter the competition!