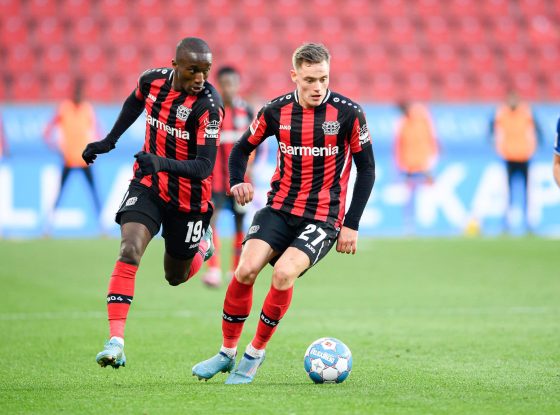 The 2021/22 Europa League certainly hasn’t disappointed. And there is still a highly-anticipated final to look forward to, with Rangers taking on Eintracht Frankfurt.

Seville’s Estadio Ramón Sánchez-Pizjuán hosts the match between the Scottish giants and the German underdogs. It’s Rangers’ first European final since 2008, and Frankfurt’s first since 1980.

But these two clubs haven’t had all the fun in the Europa League this season, with many sides enjoying a lengthy run in the continent’s second-best competition. And such clubs have been able to have these adventures thanks to many of their young, exciting talents.

Here are several youngsters who have shone in the current Europa League campaign, who could indeed go on to thrive across Europe’s top leagues next season:

Perhaps top of the list is Bayer Leverkusen star Florian Wirtz. The 19-year-old netted three times as the Bundesliga side topped Group G. He added four assists in his six matches before his Leverkusen side were eventually knocked out in the Round of 16 by Atalanta.

Liverpool, Manchester United, Barcelona and Juventus are just some of the teams that have been linked with the attacker. Unfortunately for Leverkusen, it will take some effort to keep him in Germany beyond the summer.

One major issue in the teenager’s development, however, is the fact that he is currently nursing a cruciate ligament rupture. Leverkusen have certainly been missing their versatile forward, who can play in attacking midfield, on the wing, or in centre-forward.

Napoli youngster Eljif Elmas is another versatile forward, and another who has been attracting interest across Europe. Fellow Serie A outfit Atalanta are reportedly keeping tabs on the attacker, while he is reportedly another name who incoming Man Utd boss Erik ten Hag could target this summer.

The North Macedonia international hasn’t exactly been a regular for the Italian side in Serie A this season, with his time largely reserved for Europe. But when given the opportunity, he didn’t disappoint.

Able to play in central midfield, attacking midfield, or out wide, the 22-year-old netted four goals in this season’s tournament. Two of those came in a crucial group stage win over Leicester.

Diogo Jota may be firing on all cylinders for Champions League-chasing Liverpool, but Celtic forward Jota is also having a super season in front of goal. His dazzling displays have got Celtic Park on its feet in recent times, with opposition defenders not quite sure what to do when he approaches.

The winger hit two goals and two assists in his five Europa League matches, but it wasn’t enough as Ange Postecoglou’s men failed to reach the knockout stages. But Jota can hold his head high, with his efforts domestically also hugely impressive this season.

Unfortunately for the Scottish outfit, the 23-year-old is only on loan and could return to his parent club Benfica this summer. But given his impact in the final third, the Bhoys will do their utmost to make the move permanent. 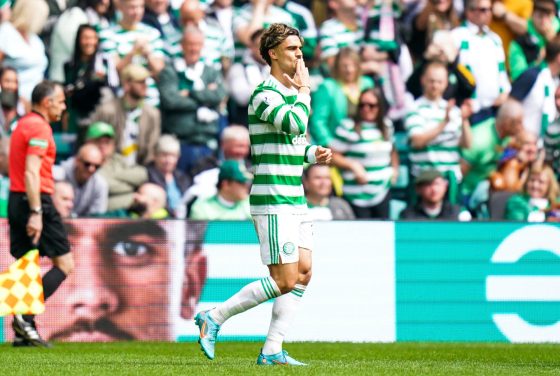 Jota met a similar talent in the group stages in the form of Bayer Leverkusen winger Moussa Diaby, with the latter scoring a late winner when the clubs faced off in Germany in November.

And in Leverkusen’s previous group match against Real Betis, the 22-year-old was involved in all four goals, scoring two and assisting two in the 4-0 victory. The talented winger also has double figures for both goals and assists in this season’s Bundesliga.

Arsenal are reportedly monitoring Diaby’s progress closely, but they look set to have a battle on their hands with his former club PSG. The France international spent several years in the capital before his switch to the Bundesliga in 2019.

Brazilian winger Galeno was the fastest out of the blocks in this season’s tournament, scoring six goals in his six group matches for Braga. The goals and indeed the minutes then completely dried up as he made a return to former club Porto, who were also now in the competition.

Perhaps even more frustrating for the forward is that Braga ended up going further in the tournament than Porto. Nonetheless, he impressed in the early stages and was key as Braga came second in Group F.

RB Leipzig forward Christopher Nkunku has undoubtedly been one of the best players in European football this season. The France international has 34 goals in all competitions. He also has 20 assists to his name.

The attacker hit seven goals in the Champions League, before adding a further four in the Europa League. A European giant may just snap him up this summer. Man United could build their new side under Erik ten Hag around the talented forward. 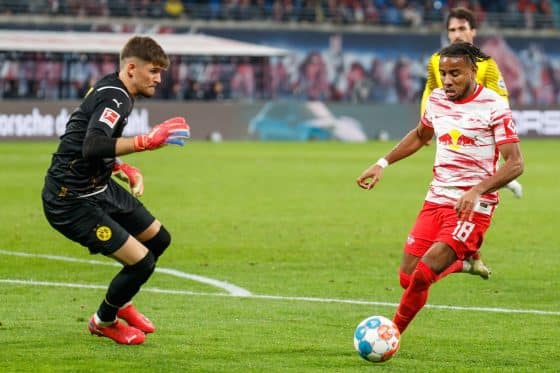 While a handful of young players are enjoying the limelight on the big stage, they have somewhat been outdone by the more experienced players in this season’s competition.

30-year-old Rangers defender James Tavernier currently leads the goal scoring charts with seven. That includes goals in both meetings with Borussia Dortmund in the play-off round, as well as a semi-final strike against RB Leipzig.

Except for the final group game against Lyon, in which he was rested, the right-back has played every minute of the club’s road to the final.

One year Tavernier’s junior, Frankfurt midfielder Filip Kostic is another experienced player who has stepped up in this season’s tournament. And like Tavernier, he’s missed just one game in the entire competition.

Kostic has largely contributed with assists, creating five goals for his teammates. But he’s also found the net three times, including a double against Barcelona in the quarter-final second leg.

The two are set to go head-to-head in Wednesday evening’s final. Moreover, they could even come face-to-face, with Kostic set to play on the left side of midfield, coming up against the Rangers right-back.