The crisis in English international football is only as big as you make it. Whilst some people, like myself, still enjoy the major tournaments as much as I did when I was younger – my first memory of football was Euro 96 and that goal by Gazza – the friendlies both home and away fail to register with people these days, myself included. There’s just something about the England team that isn’t as attractive as watching the Premier League. Noises out of the FA in recent years suggest that they are well aware.

The heyday of English football talent in the last 25 years came through during the so-called Golden Era, with world-class players such as Ashley Cole, Rio Ferdinand, John Terry, Steven Gerrard, Michael Owen, David Beckham and Wayne Rooney all being a mainstay of the team during the tenure of promise, between 2000-2010. Even our management structure was top drawer, with the likes of Sven-Goren Eriksson and Fabio Capello tasked with bringing the glory days back to these shores. And that they did in win percentage, but not in style.

Most games under both managers above flattered to deceive. Their win record was impressive, with Eriksson having a win percentage of 59% and Capello improving on that with an excellent 66%. Yet still something wasn’t right. Something never quite clicked.

The promise that our Golden generation held never came to anything more than a 1-5 win against Germany in 2001, probably the highlight for our country since the semi-final against the same team in Euro 96. This in itself suggests there is a problem that has emerged over time. As Dietmar Hamman said on the 10 year anniversary of the game to the Daily Mail “'I'm surprised the anniversary is a big thing because it was only a qualifier. It was disappointing for us but losing wasn't the end of the world by any means.” This typified what has happened to English football. Decades of meagre, poor showings at major tournaments means that big victories over fierce rivals were held up in higher esteem than they really should have been. It’s an attitude that promotes average football and allows shortcomings of a nation.

To counter this, the English FA have set up a number of schemes aimed at clawing back the years of progress and planning that our national team have lost to other countries. The English FA have noticed a flaw, and now they’re trying to address it. But how?

A long and drawn out complaint about our players is that they are coached and encouraged to have too much emphasis on heart, desire and strength when what needs to be taught from an early age is how to be technically superb as well as brilliantly competitive.

This is only one complaint of football in this country, though. Connection with fans from players, the evolution of the women’s game and core grassroots values have all been major topics for discussion for a number of years. The FA Strategic Plan aims to at least attempt to tackle these issues with an approach aligned to its stakeholders concerns.

The last FA Strategic Plan was for the timescale of 2011-2015, with the plan going forward up until 2020 still being tackled. This latter point concerned me slightly. We are taking time to formulate a plan that brings us up to the front of the line in terms of having a map of action, yet we’re already in 2016 and said plan isn’t even in place. The FA website states: “The Football Association is developing its strategic priorities for the period 2015-2020. Chairman Greg Dyke, working alongside interim Chief Operating Officer Nick Humby, the Board and the management team, are considering the short and long-term goals for the organisation in order to support and grow the grassroots, while striving for elite international success.”

I’m often critical of clubs for taking a solely business stance when it comes to setting out future plans and objectives, yet this seems at best not transparent and at worst shoddily organised. My plan wasn’t to lay into the plan of the FA, but somehow I feel this needed to be said. Successful businesses will have made a plan for tomorrow three years ago and will today be planning for their next 5 year strategy. Not a great start.

As the information for the coming 5 year cycle is not available, I would like to use their previous plan dating from 2011-15 to analyse how they have held against their own targets. 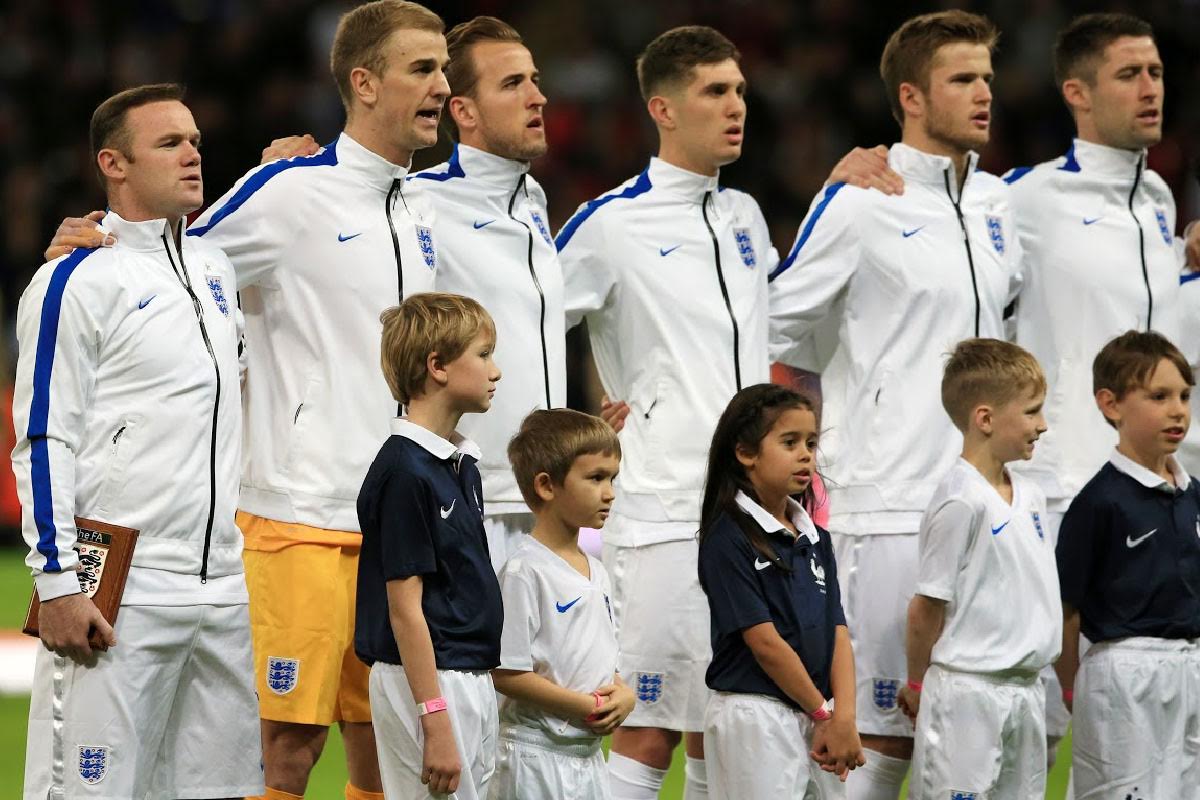 The three goals the FA set themselves for the previous 5 years were to “Build a winning team”, “Football for everyone” and “Govern the game effectively”. So, how have they done?

Under the banner of “Build a winning team” the FA said that they hoped to prepare their players for international tournaments, improve the technical ability of our teams and make Wembley and St George’s Park (England’s new technical HQ) inspirational places to be. I can’t help but think they’ve failed here.

Making their goals qualitative was a smart move by the FA. Technically, they prepared our players for international tournaments, yes. Because the players went out there to play. But did they do this effectively? The answer there is a resounding no. Both in Euro 2012 and World Cup 2014 England never made it past the second round, with the last World Cup team not even making it out of the group. This was a massive failure. This is coupled with the U21 side failing to leave the group stages of 2011, 2013 and 2015 European Championships. In anyone’s minds, this is some of the worst, most appalling preparation and execution of a core plan I’ve ever seen in football. It isn’t too far to say that our men’s football teams are dreadful.

The only shining light for the FA is the improvement in the Women’s national team, which saw them improve on two successive quarter finals by coming third in last year’s Women’s World Cup, beating Germany 2-1 in the third-place play-off. Yet even then, the women’s team never managed to get out of the group stage of the 2013 European Championships. Our women’s team has improved, but caution is to be exercised.

Under the ‘football for everyone’ heading, a core idea of the FA is to have more people taking part in the game. How has this done?

The figures here are promising. According to the FA’s own website, for the second successive year football participation has increased. This is positive news. The number of people (this includes both women and disabled teams) partaking in football across the country is at 8.2 million, or almost 1 in 5, with the number of FA affiliated disabled teams rising by 14% – or 15,000 people – which is clearly another great plus point for the FA. Exercise and physical wellbeing is known to increase lifestyle and mental health positivity dramatically, with both the NHS and MIND mental health charity advising taking part in sport and exercise to clear the mind as well as the body. The Football Association should rightly be applauded for the promotion of participation for everyone in sport, with no exception to physical ability or gender. 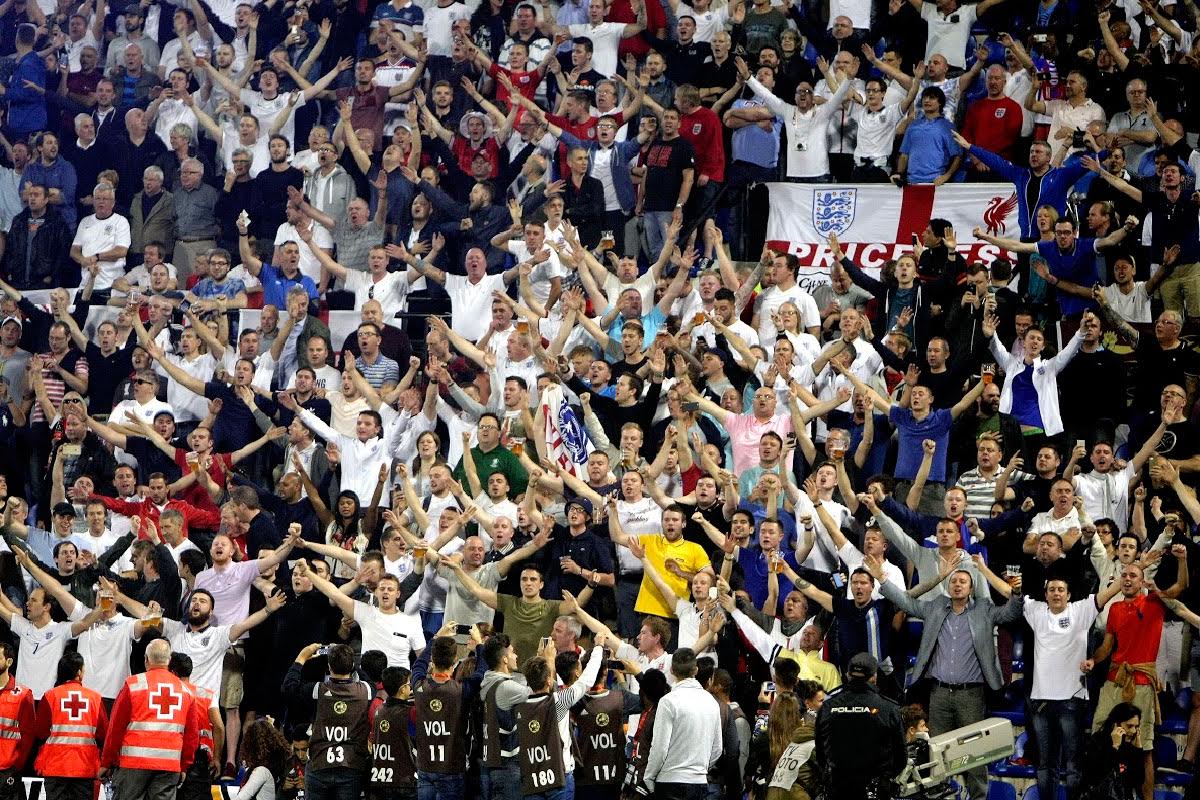 Next on their three-pronged model for improving football in England is ‘Govern the game effectively’ – this is something that is tough to assess.

The main introduction in this section is the decision to bring their partner Hawk Eye to top flight stadia, in conjunction with the Premier League, something that had widespread support and has fit into the game seamlessly.

Introduced in 2013, the FA equip referees with a piece of equipment that vibrates once the football crosses the line. The decision was made after 31 goal-line decisions during the 2012/13 season could have been made using Hawk Eye had it been in place. This seems like a sensible and correct decision to make by the FA. A ground-breaking one, too.

The FA insured that the English Premier League was the first league in the world to implement a goal-line decision system to help officials of the game make better, more accurate calls on tough decisions. This is something else that should be applauded. Since its introduction, the Bundesliga – Germany’s top flight league – has introduced the same system, showing that England can lead the way when it comes to appropriate and intelligent ways to improve the game.

In regards to other aspects of officiating, there is little information. The FA continue to offer top-of-the-range refereeing courses as well as aiming to provide each FA affiliated game with a trained, paid referee. They have also embarked on heavily promoting both respect to referees and players in recent years, with adverts, videos and information packs given to students of football when they take courses provided by the FA.

It is clear that the FA have a plan, but their goals do seem to be maintaining an average level of quality than breaking boundaries or barriers. The state of the football on the field on an international basis is a real worry. Whereas it is tough to bring through hundreds of top-class players, it is clear that our clubs are failing, for one reason or another, to bring through many. There could be many reasons for this. The price of success at elite level clubs in this country is clearly hampering our youngsters, but we have allowed football to become worth so much in this country that teams, to an extent, shouldn’t be blamed for seeking cheaper, less risky alternatives overseas.

The record of our international teams since our World Cup win in 1966 shows one thing, however. We are not a top-level international country. It would be brilliant if we could be, but we are not and rarely have we ever been so. This comes down to our coaching set-up and education available that is away from the norm. Trying to use our clubs as platforms to enhance our young coaches experience and knowledge would be a good start. This does not mean allowing coaches to shadow at club when they reach a certain UEFA-quality standard, but engaging with teams to provide more insight, help and assistance to our up-and-coming trainers earlier on in their training. This is only one idea, but it would inspire and educate in equal measure.

The FA are clearly great at implementing and executing goals that are off the field. They seem to know how to plan for aspects of the game that are standing still – participation in particular. It is the quality of playing that our country seems to fall behind on. The game of football evolves and moves at an alarming pace, and it seems as though the FA are stood in the middle of a cyclone whilst deciding which raincoat to wear. Someone needs to lead the way and allow England to produce players with quality into a set-up that encourages the traits that have been learnt over time. Until the Football Association does this, it is tough to ever envisage our nation winning a major tournament. Until the Football Association does this, England will remain a filler team.