The Day Maradona Played For Spurs

When Diego Maradona pulled on a Spurs shirt and took the field at White Hart Lane some 30 years ago it was not only a touching gesture for a good friend and a Tottenham legend, it also cemented a bond that had developed between North London and Argentina for over a decade.

Okay, this was before the infamous ‘Hand of God’ incident which went some way to making him the most unpopular player around these parts for many years to come; but even so it was a significant move from a man who was more than aware of the special relationship that had developed between Spurs and his fellow countrymen down the years.

This was May 1986 and Diego Maradona had gone out of his way to turn-out and support Ossie Ardiles in his testimonial game for Spurs, but to really understand the bond between the team from N17 and Argentina you have to go back to the end of the previous decade when the club were paving the way for the multi-national game that we all know today.

In the late 1970s, the notion of overseas players was pretty much new to English football, but the swashbuckling Argentina team who won the 1978 World Cup amidst the ticker-tape celebrations of Buenos Aires had made it hard to ignore the abundance of talent that was available, not just throughout Europe, but on the other side of the planet too. So when Spurs signed Ossie Ardiles and Ricardo Villa it was something of a coup to say the least.

As it happens, this deal of the decade nearly never materialised as Spurs were actually unaware that not just one but two of the country’s superstars were keen for a move. In fact, it was only when manager Keith Burkinshaw travelled to South America with the intention of signing Ardiles that he was alerted to the availability of Ricky Villa too.

It had been Sheffield United Manager Harry Haslam who first alerted Burkinshaw that a deal could be on the cards in a twist of fate that almost saw a young Maradona lining up for the Blades. Haslam had been in Argentina with a view to signing Maradona, but on discovering he was too expensive, turned his attentions to the slightly cheaper and not nearly as talented Alex Sabella. He knew a good buy when he saw one though and quickly worked out that Ardiles was keen to play in England, and it wasn’t long before Burkinshaw was taking him up on his advice and on his way to South America to acquire the little midfielder’s signature.

Before the ink on the contract had been able to dry however, Ardiles was alerting his new manager to the fact that his friend and teammate was also available. “After it was all signed, Ossie said to me ‘my friend, he’s also available,’” Burkinshaw later explained. So after getting the go ahead from the chairman, the pair were snapped up in a £750,000 deal. 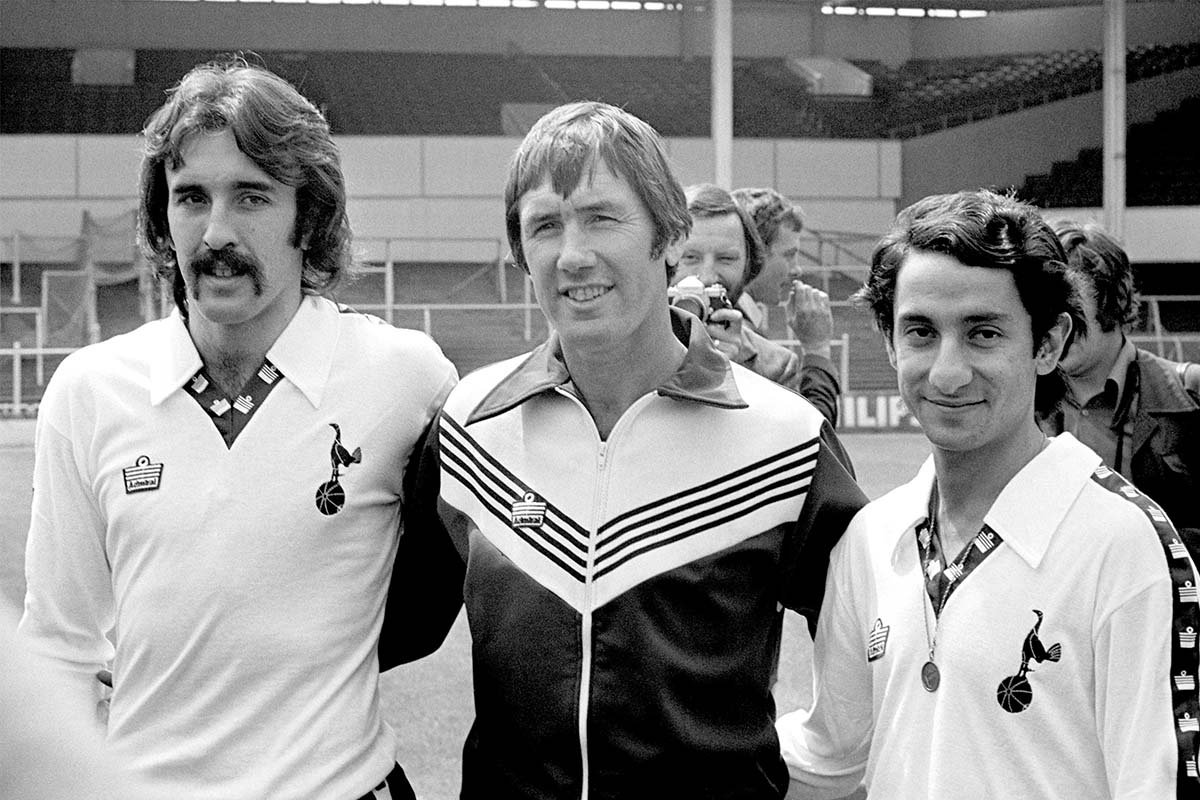 Spurs had just secured promotion to football’s first division the season before making the signing of two World Cup winners something of a sensation and both press and fans lapped it up.

It wasn’t all plain sailing. There were those who had their doubts and they weren’t afraid to let their feelings known, most notably Gordon Taylor at the PFA, who was keen to protect the interest of his home-based members. But Spurs stood by their men and the club went out of their way to ensure a smooth acclimatisation even calling Ricky Villa’s wife each day, driving her around the neighbourhood and offering her English lessons along with her husband.

Despite the club’s best efforts, the pair still struggled to adjust to life, not just off the pitch, but on it too with Villa in particular remembering the stark differences between the South American and British games.

“It was all long balls,” he recalled when talking of his first memories of playing for Spurs. “Never going through the midfield, and I had always thought that was what I ought to be, a thinking midfielder. But there was no such thing. It was hard for me. I didn't find a position easily. We worked at it a lot with the manager and eventually a role was sort of generated behind Garth Crooks and Steve Archibald.”

Ardiles, on the other hand, found things a little easier. “I liked the English game,” he remembers. “There was a lot of crosses, a lot of hoofs to the area, but for me it wasn't so hard to settle.”

It’s no accident that the two Argentine arrivals coincided with one of the most successful and exciting periods in the club’s history since the double winning days in 1961 and both quickly became White Hart Lane heroes. 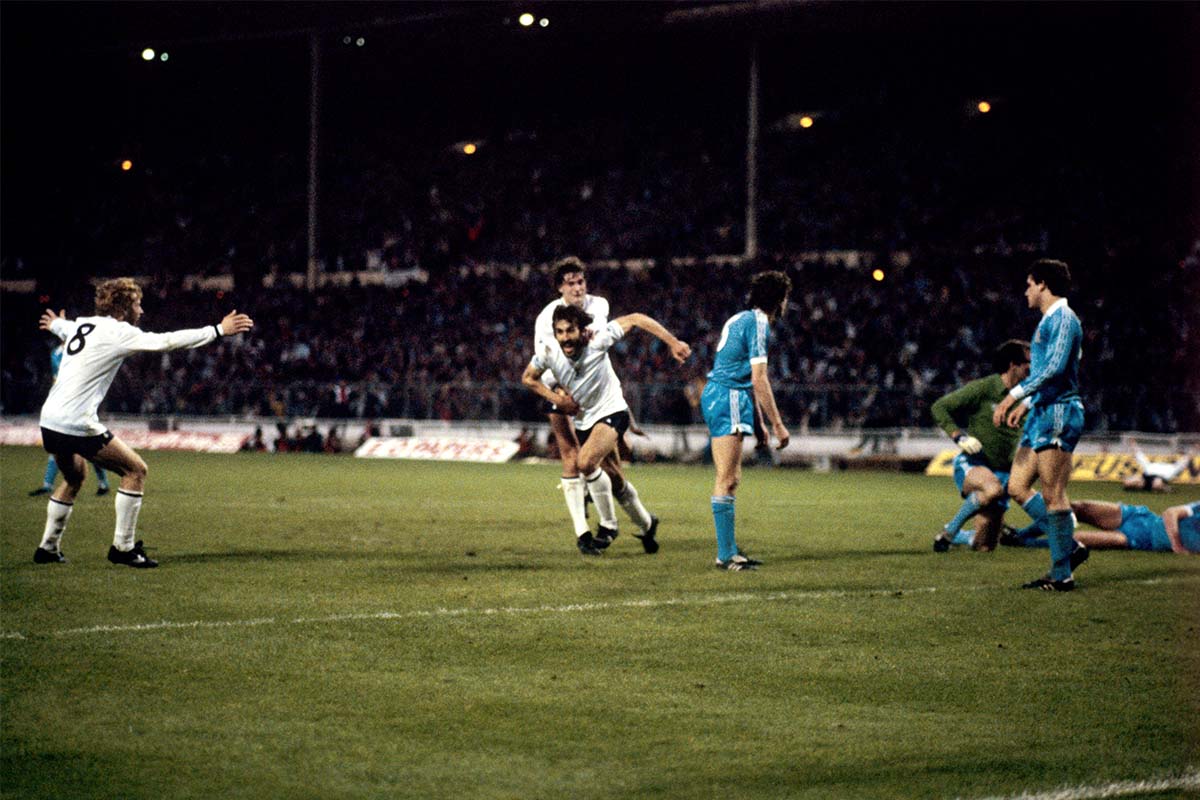 Ardiles forged a fantastic relationship with Glenn Hoddle in the middle of the park winning the FA Cup in 1981 and 1982 and the 1984 UEFA Cup, making 238 league appearances while Villa was celebrated for his supreme skill and one of the greatest FA Cup Final goals of all time against Man City in the 1981 replay, weaving his way through the defence to score the winner in the 3-2 thriller.

While Villa left for America in 1983, Ardiles remained until 1988 and returned for an ill-fated spell as manager in 1993 but both had not only broken down the barriers that still existed for foreign players wishing to play in Britain back then, they had also gone some way to ensuring more than just a marriage of convenience existed, but more of a long distance relationship when it came to Argentinian stars being linked to Tottenham Hotspur.

So when the greatest player in the world at the time rocked up in north London to show his support for his mate and former international colleague, tongues inevitably began to wag.  Maradona had flown into London straight from a World Cup warm-up game with Norway and was on no sleep and Spurs were keen to pull out all the stops; even Glen Hoddle gave up his favourite number 10 shirt for the little man to perform his tricks.

Needless to say the press put two-and-two together and came up with five, with some tabloids reporting that Spurs were about to make a world record £10 million bid to bring Diego to London on a permanent basis. As it was the move was never really any more than speculation and wishful thinking on the part of optimistic Tottenham fans; Maradona remained at Napoli to help them win their second Serie A Italian Championship in just four seasons.

Fast forward some 30 years and Tottenham once again find themselves going for glory on several fronts, including an unlikely assault on the league title thanks, in no small part, to the attacking flair and skill of their latest import from Argentina – Erik Lamela. 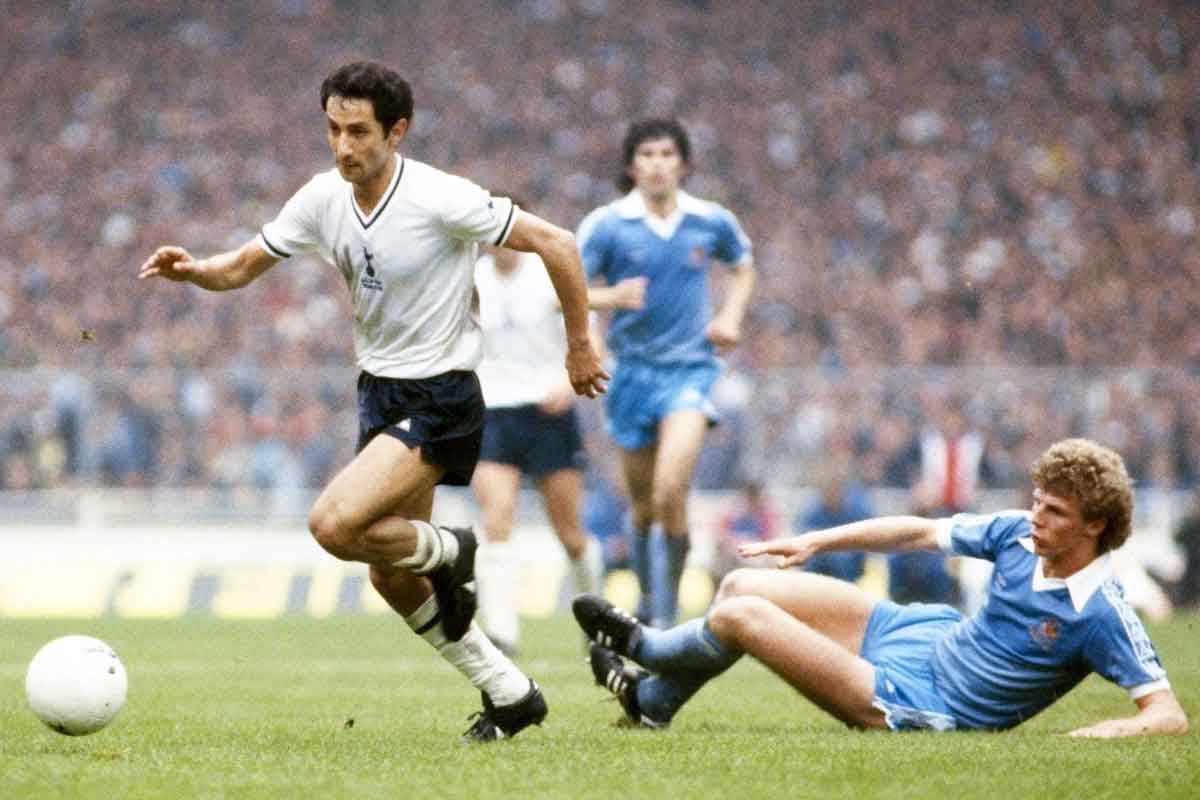 Lamela struggled to adjust to the English game when he arrived in London in 2013 following the record departure of Gareth Bale to Real Madrid; citing a language barrier and cultural differences as the major reasons for his inability to settle, though interestingly, not the style of football.

But an effective on-field relationship with the club’s younger and more locally sourced players such as Harry Kane and Dele Ali has meant the £30 million signing is now thriving in his current role.  And then there’s the manager responsible for giving the Spurs faithful the type of exciting football and the best chance of glory, arguably, since the days of Ardiles and Villa – Ex-Argentina international Mauricio Pochettino.

Pochettino has transformed Tottenham from a team of nearly men, content with an often fruitless top-four challenge, into a side who look like they have a genuine chance of being in the title race come May, while also attracting unwanted attention from the likes of Manchester United and Chelsea in the process.

So do the men who preceded the likes of Lamela and Pochettino feel they were in some way responsible for this footballing entente cordial that has existed for almost three decades?

“I think we did open the doors for more foreign signings,” said Ardiles when he and Villa returned to Tottenham to be inducted into the club’s Hall of Fame in 2008. “Maybe not immediately, but because it worked, we won things. Maybe if we had failed, everything would have turned out differently”.