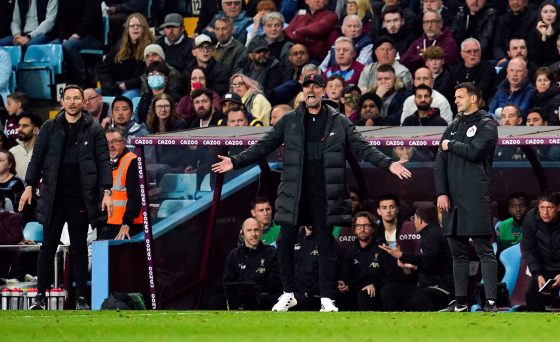 Liverpool have enjoyed another remarkable season. Despite the Champions League disappointment, the Reds have been superb to watch over the last 10 months.

The Reds lifted the FA Cup, League Cup, and pushed an extremely talented Manchester City side all the way to the very end in the Premier League. If that is considered a failure, then it’s hard to think of what is considered a success in this day and age.

The recent campaign may have just ended, but many supporters are already turning their eyes toward the next. The same can be said for Jurgen Klopp and the Liverpool coaching staff, who have actually already built an exciting squad for the future.

Alisson has quickly become one of the best goalkeepers in world football, with Caoimhin Kelleher proving to be a more than able deputy. The defence is also looking in top shape, with Virgil van Dijk, Joel Matip and Ibrahima Konate all keeping things tight in the middle.

Either side, Trent Alexander-Arnold and Andy Robertson are already among the best in the world, and also have capable back-ups in the form of Joe Gomez – who is also able to play centrally – and Kostas Tsimikas.

And the front line simply needs no introduction. Mohamed Salah, Sadio Mane (if he stays) and Roberto Firmino are still as loved as ever at Anfield. And they have been joined by the unstoppable Luis Diaz and the lively Diogo Jota. The Reds are set for the long-term if they can keep hold of all five attackers.

But how about Klopp’s midfield? It is perhaps the only area that needs strengthening this summer. Captain Jordan Henderson hasn’t found himself playing as much as he would have liked, while Naby Keita hasn’t totally convinced the Anfield faithful that he is the right man to be playing week in, week out.

Young Liverpool talents Curtis Jones and Harvey Elliott may just need another couple of years to really develop into first-team regulars. And James Milner, while still a key midfielder, is at the other end of his playing career.

Luckily, the Reds boast two huge talents in Fabinho and Thiago. With the former sitting deep, the latter can control the game. But his playing style is not one associated with high energy and high intensity. Who then, could Liverpool target to play in the third and final midfield spot?

Borussia Dortmund youngster Jude Bellingham has enjoyed a rapid rise to the top. The 18-year-old is well beyond his years in both character and ability. He already has Champions League experience and has gone toe to toe with some of the world’s best players.

The Merseyside outfit have needed a talented, energetic midfielder ever since the departure of Georginio Wijnaldum. While Liverpool have managed almost perfectly without the Dutch international, his ability to carry the ball, pick out a pass, and press opposition midfielders hasn’t really been seen in the likes of Keita.

Bellingham possesses such characteristics and brings the added bonus of knowing how to find the back of the net. But his six goals in all competitions this season will not be the main reason why Klopp would bring him to Anfield.

The teenager created 14 goals for his side, linking up with lethal striker Erling Haaland in the final third. One can only imagine what that figure would look like playing behind the likes of Salah, Mane – again, if he remains at Anfield – and Diaz.

The current situation at Dortmund may be viewed by Liverpool fans as either positively or negatively. Either the Bundesliga side won’t let the midfielder go after the sale of Haaland to Manchester City, or else the player takes matters into his own hands and opts to get away from a side that will undoubtedly be weakened after the loss of their star striker. 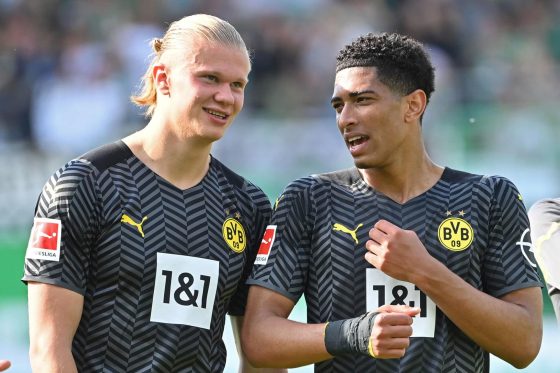 Another youngster that Liverpool could target is Monaco’s Aurelien Tchouameni. The 22-year-old played 50 games for the French side this season, such was his importance to the Ligue 1 club.

Largely playing in defensive midfield, he was key as Monaco finished third in the French league. There are, however, a couple of issues that may see the Reds fail to land the young midfielder this summer.

Firstly, Liverpool’s old nemesis Real Madrid are also reportedly showing a strong interest. Los Blancos are clearly beginning to prepare for life without the likes of Luka Modric, Toni Kroos and Casemiro. They have already delved into the French market through the signature of Eduardo Camavinga.

Another potential issue could be his position. The Reds already boast one of the best defensive midfielders on the planet in Fabinho. While Tchouameni would be a superb back-up, it’s hard to imagine that he’d be happy to play that role. Centre midfield is an option for the youngster, but his best position is seemingly the one currently occupied by Fabinho.

PSV’s Ibrahim Sangaré has also been linked. As reported by Sports Illustrated, Klopp’s side are keen on his services, but again he will look to play in a defensive midfield role.

Perhaps then, a more ideal target for Liverpool is Barcelona’s hugely talented central midfielder Gavi. But that is not to say that the youngster will be easy to acquire. The Spanish outfit will see the 17-year-old as a key member of their revival under Xavi, which has been kickstarted by the club fighting back to finish second in La Liga.

With 47 appearances in all competitions, he will get a well-deserved rest this summer, but Liverpool are reportedly keeping him on his toes with a potential offer. The latest reports will be welcome news for Reds fans, with the teenager reportedly rejecting a number of offers from the Catalan club.

If available, however, he will be wanted by several top clubs across Europe. Perhaps Klopp could convince him with an Anfield switch by promising him a crucial role in his midfield three.

One hugely positive aspect to any potential midfielder joining the Reds is that they look set to be able to focus solely on this position. Both funds and time can be spent on finding the right player to fit into Liverpool’s midfield. 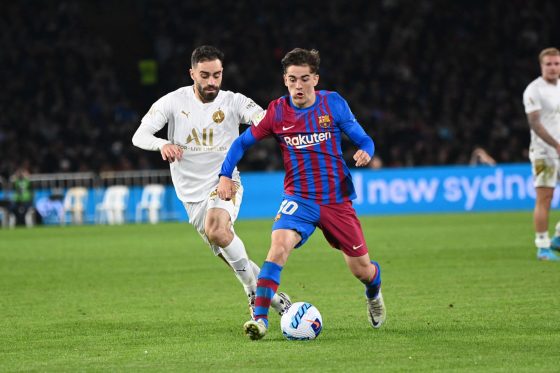