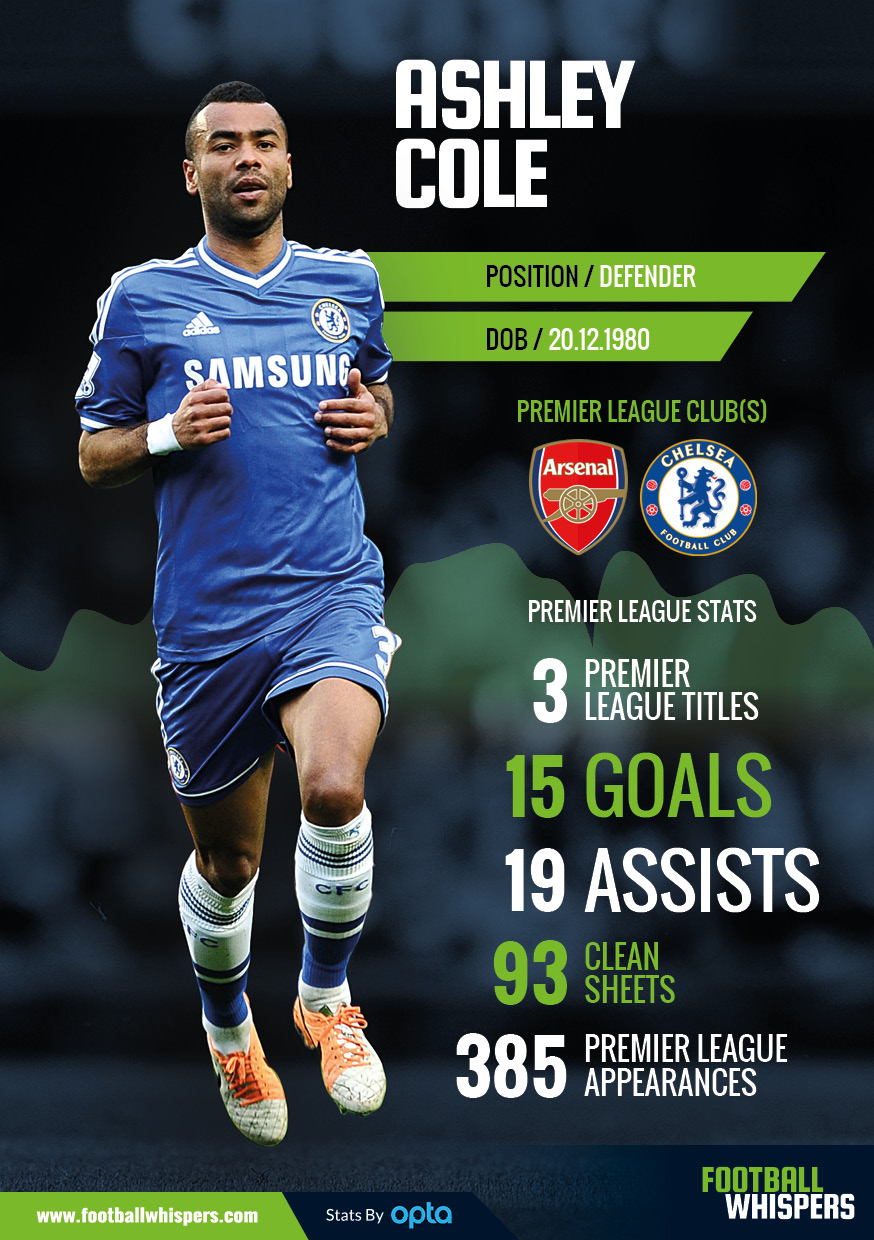 The man who managed to keep Cristiano Ronaldo in his pocket on multiple occasions, Ashley Cole is best known for his time spent in North and West London winning numerous titles and generally laying claim to being one of the best left-backs in the world.

Cole started off with Arsenal before making an infamous move across the capital to Chelsea – after receiving a contract offer from the Gunners that had left him ‘trembling with anger’ according to his autobiography. He went on to play at Stamford Bridge for eight seasons.

In hindsight, maybe Arsenal should have offered him more money.

Cole is in the unique position of being a member of two of the best teams in Premier League history. As part of Arsene Wenger's Invincibles and Jose Mourinho's Blue machine, Cole came to prominence as he made the left-back spot his own for over a decade.

He was guaranteed a position in the first XI by virtue of his consistency and ability to offer balance to his teams, and he won every possible trophy at club level with the Blues. He also holds the record for the most FA Cup wins, with seven to his name.

In a back four of Cole, Paulo Ferreira, John Terry and Ricardo Carvalho, perhaps others received more plaudits for their performances over the years, but Cole was just as important to the side. He was lauded as the best left-back in the world through the Noughties, and more often than not his performances matched his reputation.

Unlike many modern full-backs, Cole mastered the ability to balance both sides of the game, although he eventually stopped making as many forward bursts as the years wore on in the Premier League.

Like many youth players, Cole was a converted attacker but moulded his game as the left-back spot was the only clear route to a first-team spot at Arsenal. Showing intelligence to learn his new role and athleticism to keep the best attackers of the time in check, the Stepney native was soon to earn international recognition – making his full Three Lions' debut against Albania in 2001.

Stronger than he looks, he often made sure that opposing wingers knew that fact as and when necessary. He revelled in his defensive responsibilities, and always looked to play an easy pass if possible. His assured performances allowed others to get forward and, having switched to Chelsea, helped to keep the Blues ticking from the left side of the pitch. His pace was one of his defining features, though it wasn’t often that he was caught out positionally.

He could also be trusted in a 1v1 situation, which can’t be said for a notable percentage of Premier League full-backs today. Curbing his attacking instincts showed true discipline and tactical nous, and he never left the team exposed. 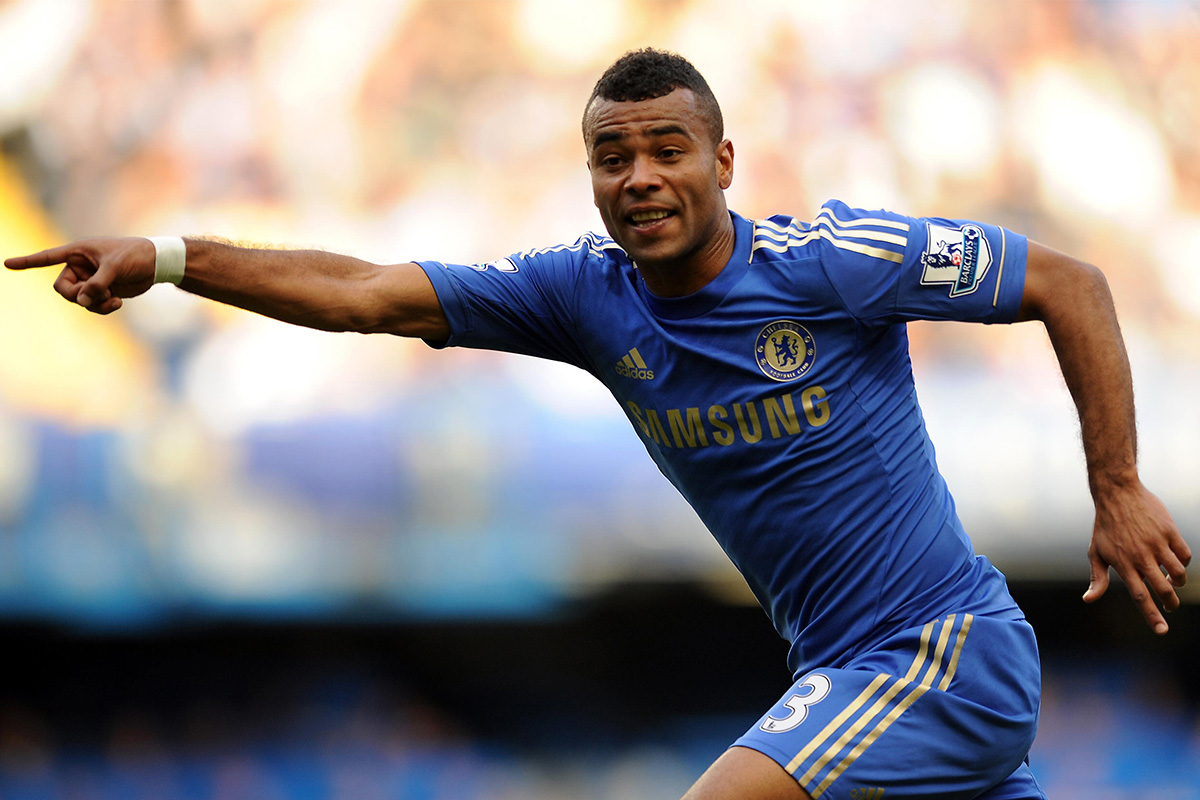 Quite simply, Cole is one of the best left-backs in living memory. Calm and assured on the pitch, he was a vital part of the Chelsea side that won it all. He might be disliked in the red half of North London, but you may find some Gunners' fans who begrudgingly admit that their club are yet to find a left-back of Cole's quality since his departure.

At both club and international level, he fended off all-comers – the likes of Wayne Bridge and Leighton Baines, for example – for his position in the team. While the defender quietly went about his business on the pitch with the Blues, his private life – including his ill-fated marriage to pop star Cheryl Tweedy – was tabloid fodder. It's little wonder he attempted to do most of his talking on the pitch.

He improved both Arsenal and Chelsea during his Premier League years, but time eventually caught up with England’s most capped (107) left-back and moves to Roma and current club LA Galaxy have since followed.

Hardened by years of abuse because of his perceived love of money, one thing that Cole's detractors cannot knock is the consistency of his performances over the years.

Full-backs don’t get the glory of, say, a star striker or towering centre-half, but Cole should be recognised as one of the key players of his era. Despite a steep decline since leaving English football, Cole was if not the best full-back in the world in his heyday, then undoubtedly one of the very best.

He was never outclassed, and showed there was nothing wrong with a full-back being a defender first and foremost. Cole set the sort of standards that modern Premier League defenders should aspire to.