When France won the Under-20 World Cup in 2013, there is no surprise that Paul Pogba was part of Les Espoirs – the hopes – midfield.

It might come as a shock to Aston Villa fans that Jordan Veretout played beside the talented duo, with the current Manchester United star drifting from left to right, through the centre, allowed to work with his teammates and pick the best position to cause maximum chaos.

Staring beside him, allowing Pogba to thrive was Valencia midfielder and Spurs transfer target, Geoffrey Kondogbia.

Mauricio Pochettino reportedly sees the Frenchman as a possible long-term replacement for Mousa Dembélé. The Belgian's contract is up in 18 months and the Argentine boss is looking at his options.

A product of the RC Lens youth system, Kondogbia's rise had not gone unnoticed and after 35 league appearances in France – mostly in Ligue 2 – he was snapped up by Sevilla in Spain. Always on the lookout for talented young players, the Frenchman was impressing for the Andalusian team before travelling to Turkey for the Under-20 World Cup in 2013.

After two seasons in La Liga, he was tempted back to France as part of AS Monaco’s big money recruitment drive, Sevilla making a £13 million profit on his departure.

The left-footed midfielder took his game to another level at the Monegasque side. Commanding in the tackle, driving his team forward; although he never returns great numbers in terms of key passes or assists, he was the spark, the instigator usually the pass before the pass, before the final pass.

Kondogbia isn’t the same type of player as Pogba. He’s not the superstar, he’s not the focal point, but he’s the man that brings everything together, the metronome.

During that World Cup win, he would play the deepest of the three, picking up the Sergio Busquets role. Then, with Veretout acting as the No.10, he would move to the left or the right of the 4-2-3-1, letting Pogba dictate where he wanted to go.

For Monaco he would do a very similar job, playing mostly on the left, which is his natural side, he would be the sitter, or the box-to-box man. Wherever they needed him most. At Inter Milan he was a semi-regular member of the side, making 20 league starts last season and 23 the season before, and his desire to play more minutes meant he was always likely to be looking for now opportunities.

“The situation is what it is, I have to try and reverse the trend,” he told Chaine Équipe during his time in the Italian capital.

“As a player who wants to play, though, it’s clear if the situation doesn’t change we’ll have to evaluate what to do. It’s a shame, because I felt good at the start of the season.”

The Italian giant spent close to €40 million on the midfielder since his transfer in 2015, and it’s safe to say his career definitely stalled in Milan. It doesn’t seem that long ago that he was one of the best players on the pitch as Monaco beat Arsenal 3-1 at the Emirates.

It was such a stunning performance that night, not just because of his goal – which took a slight deflection – but he made nine tackles and three interceptions, completed 93.9 per cent of his 49 passes, second only to Joao Moutinho and was seemingly everywhere.

He's now getting his career back on track at Valencia, where he is currently on loan, and though the Spanish club have an option to buy him at the end of the season, a few Premier League clubs are also showing interest should they refuse to pay the £22million required to sign him permanently.

Liverpool and Tottenham have been linked with a move for the Frenchman, and there will, and should be the temptation for Jose Mourinho to team Pogba with his friend and international team mate at Manchester United as an alternative to Nemanja Matić who is approaching 30.

Kondogbia’s numbers at Inter dropped, but we have to look at how he played at Monaco and Sevilla to truly evaluate what he can bring to a Premier League midfield. 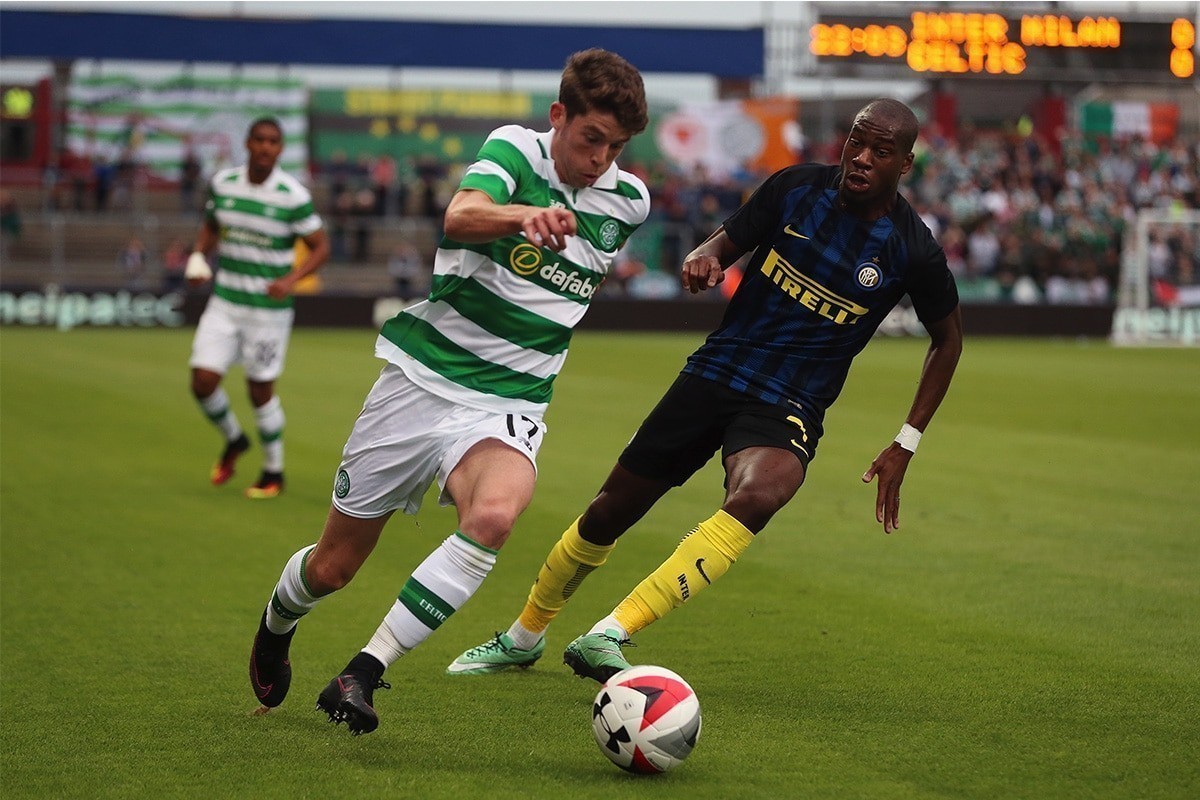 Moves to Manchester City and Chelsea can almost be ruled out, Pep Guardiola has Ilkay Gündogan and Fernandinho, and you could only see him playing a role at the Etihad if Yaya Touré leaves. Antonio Conte has N’Golo Kante and Tiémoué Bakayoko, and there are not enough balls in the midfield for all three players to win in the one match.

For Liverpool, Kondogbia seems perfect for Jürgen Klopp’s style. Long legs, a great midfield workmate and the ability to press and win the ball. Then push the team forward.

Jordan Henderson averages 1.9 tackles per game at Liverpool, the Frenchman is up at 2.8 this term, with his 1.6 interceptions a match, compared to Henderson’s 0.9.

The Reds also have German midfielder, Emre Can, and you wonder whether having him at the base, Kondogbia one side and Henderson the other would be the perfect blend for Klopp.

At Old Trafford, you can imagine he would be used as the defensive foil to let Pogba flourish in the final third. That’s what worked for France and there’s nothing to say it wouldn’t be a fantastic move by the Portuguese boss.

Matić makes 2 tackles a game and 1.9 interceptions, which shows how Kondogbia could step in and replace him with similar numbers, and then some. His understanding with the former Juventus star could be the difference in helping the No.6 continue to become the superpower that United fans hope he can be.

Down at the Emirates, the mention of the Inter man’s name might still give Santi Cazorla and Francis Coquelin nightmares from that night in February 2015. Current midfield players Aaron Ramsey and Granit Xhaka are nowhere near the Frenchman's numbers in terms of defensive contributions, averaging just over one tackle and one interception per game.

In the attacking third, he may not offer what Wenger would be looking for. Goals are a rarity, just three during his time with Monaco, but he is tidy on the ball, rarely gives it away and has a huge upside in the build-up and in winning back possession.

It's a similar story at Spurs, with only Eric Dier coming close to these defensive stats with 1.7 tackles and 1.4 interceptions per game.

This season Dembélé is making 1.5 tackles and interceptions. Kondogbia may not have the passing influence that the Belgian possesses, but he would add bite and steel to the midfield.

All four teams could easily welcome a player of such class into their squad. Klopp’s midfield would be energised even more, United would have the perfect partner for Pogba and Spurs or Arsenal would be adding another level of steel to the middle of the park.

If Valencia turn down the opportunity to sign him permanently, there could be an opportunity for the Premier League big guns to strike, and whoever wins the race are picking up a thoroughbred with a game-changing pedigree.