Ten Hag will take over from Ralf Rangnick this summer on a three-year deal, which can be extended by a year. He will become the club’s fifth permanent manager since Sir Alex Ferguson retired in 2013. 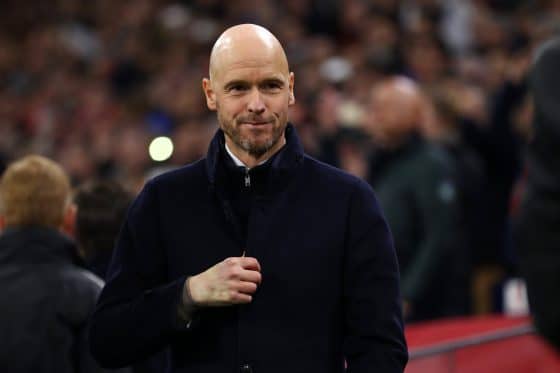 Ajax boss since December 2017, his honours list at the club includes two league and cup doubles, in 2018/19 and 2020/21. This season, he took the Dutch side to the Champions League round of 16, with the club currently sitting top of the Eredivisie, four points clear of PSV.

As for United, it’s been another miserable campaign, with recent losses to Liverpool and Everton damaging their top-four hopes. Fourth spot is by no means out of the question, but Ten Hag could be searching for Europa League glory with the club next season.

Scoring goals and not conceding, while utilising a high-intense press, is clearly the name of the game for the 52-year-old, and it seems that such a strategy won’t be possible with the current personnel United have in all departments.

To achieve any form of success, he will most certainly need to implement his own philosophy, and of course, carry out plenty of dealings in the summer transfer window.

And that could involve a raid on his former club Ajax. It certainly wouldn’t be the first time a manager has turned to his old club for help.

Which Ajax players could join Man Utd this summer?

Erik ten Hag will want to improve the squad in all areas. But one major area that United have seemingly struggled with over the years is in defensive midfield. Mexican Edson Alvarez could be the solution to this.

The 24-year-old has enjoyed a strong season in the heart of midfield, brushing opposition attackers aside and even setting up his own attackers when going forward. His midfield partner Ryan Gravenberch could, however, be first on the wishlist.

But United will have a huge battle on their hands for the 19-year-old’s signature. The Dutch international is wanted by many top European clubs. The teenager is already a star for both club and country.

Defence, however, will also be a priority. Whether or not club captain Harry Maguire will be a key player under the new manager remains to be seen, but it won’t stop him from bringing in his own reinforcements. 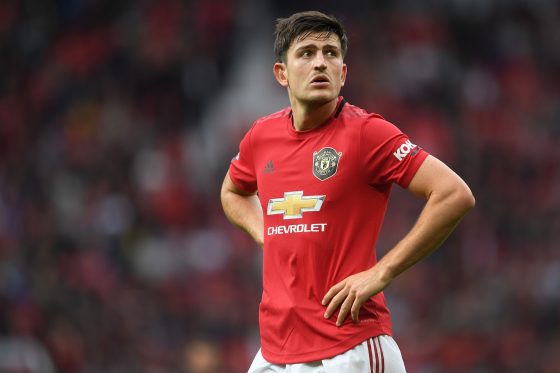 Current Ajax centre-backs Lisandro Martinez and Jurrien Timber may both be looked at. They have formed a formidable partnership in the league this season, with the club conceding just 15 goals from their 30 matches so far.

Going forward, the incoming boss will want more creativity and more dynamism. This is where his tricky winger Antony could come into play. Ex-Premier League men Sebastien Haller and Dusan Tadic have been the men largely responsible for the club’s goal involvement in the current campaign.

But Antony isn’t far behind them. The Brazilian has eight goals and four assists in the current Eredivisie campaign.

The 22-year-old would occupy the right-wing spot, with current United man Jadon Sancho occupying the left. It would be a deadly attack, exactly what the Ajax manager wants and needs in order to fulfil his attacking football ambitions.

Paul Pogba looks certain to be on his way this summer. His second spell at Old Trafford has been filled with ups and downs, but now it seems to be much more of the latter.

Many Man Utd supporters don’t quite know what to think of their enigmatic midfielder, who undoubtedly has the potential to be one of their key players.

But with his contract expiring, the France international could be the first player out of the door under Ten Hag. The new boss will have no patience for such big personalities. He would much rather have a level playing field, with everyone chipping in to form an unrivalled team unity.

Managers arriving into big clubs like Man Utd often have to deal with the egos that many high-profile players carry, but one simple solution to the problem would involve getting rid of such egos.

Uruguayan striker Edinson Cavani could be another on his way out. He has barely featured in recent months, whether it be for injuries or other personal reasons.

One star could, however, sort his own future out. Cristiano Ronaldo has been crucial for United this season, but his frustrations have been all too evident. He will most certainly want to avoid playing in the Europa League, or indeed the Europa Conference league, so if Champions League football isn’t secured, it may be his last season in a United shirt.

Which players could get a new lease of life?

One player that could benefit greatly from the new boss is Donny van de Beek. The midfielder was somewhat frozen out under Ole Gunnar Solskjaer, before being loaned to Everton.

That move, much like his Man Utd venture, hasn’t quite gone to plan. But he spent a handful of successful years under Ten Hag at Ajax, impressing both domestically and in Europe. The pair will soon be reunited, and it could be the perfect opportunity for Van de Beek to restart his career.

Jesse Lingard is another who hasn’t had much of a chance for the Red Devils over recent years. It seemed certain that he should have moved on permanently, following his stunning loan spell at West Ham, but United were determined to keep him at the club.

It seemed a strange decision for both parties, given just how little football Lingard has played lately. But there is clear ability there, and it would be a shame to waste it. He is creative and energetic, characteristics that the incoming manager will be hugely grateful for.