Born in Milan in December 1963, Beppe Bergomi’s career as a defender began when he was just 16 years old and he made his full professional debut a year later. He would go on to spend two decades with the Nerazzurri, many of them spent wearing the captains armband as he became a wonderful leader. It was in his formative years that he grew a moustache in order to look older, a decision that eventually earned him the nickname Lo Zio – “the Uncle” – as testament to his mature approach. 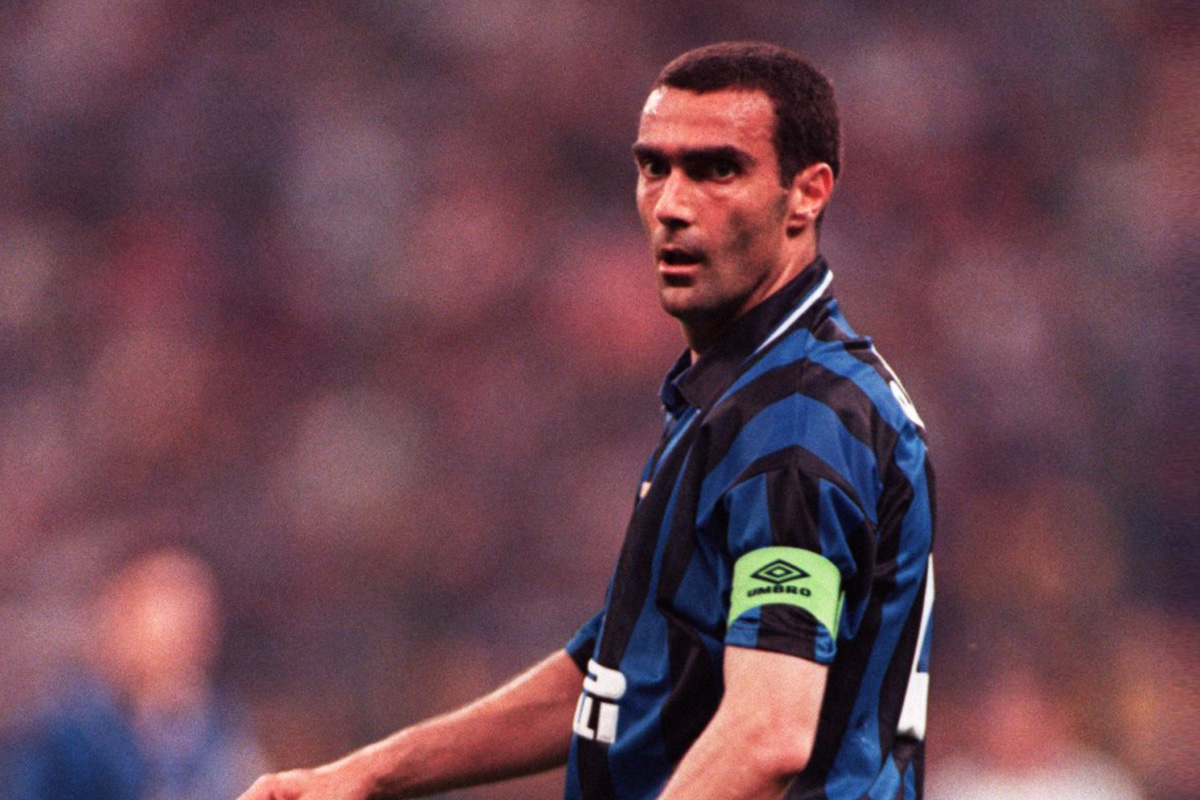 Starting out as a right-back, Bergomi was dependable and reliable both there and then in central defence as he grew older. In his twenty years with Inter he was a model of consistency, but was almost certainly a member of the ‘old school’ of Italian defenders, playing with pragmatism and physicality rather than making any attempt to be graceful in possession.

A hard working professional and superb at motivating his team-mates, he actually won very few trophies during his career but is remembered as a true great. His excellent man-marking ability was evident at an early age, while his tactical intelligence and reading of the game were wonderful to watch. While the likes of Claudio Gentile were renowned for their rough play, Bergomi was a notoriously tough tackler but always maintained his discipline.

As previously mentioned, Bergomi’s career was not one littered with a laundry list of honours, but those he did lift were incredible achievements. A member of Italy’s 1982 World Cup winning side – more on this later – he had at that point claimed just one other medal, helping the Nerazzurri clinch the Coppa Italia that same year. With Arrigo Sacchi’s dominant AC Milan, a litany of incredible Juventus teams and Diego Maradona’s Napoli standing in his way, domestic success was tough to secure, but Inter would finally clinch the Scudetto in 1989.

Led by Giovanni Trapattoni, it was a side built on their defensive strength, Inter winning the title by a staggering eleven points. The victory was testament to the organisational skill of Bergomi, the team conceding just nineteen goals and losing just twice across the entire campaign. European glory appeared much easier during this era, the San Siro giants going on to lift the UEFA Cup on three occasions during Bergomi’s career. 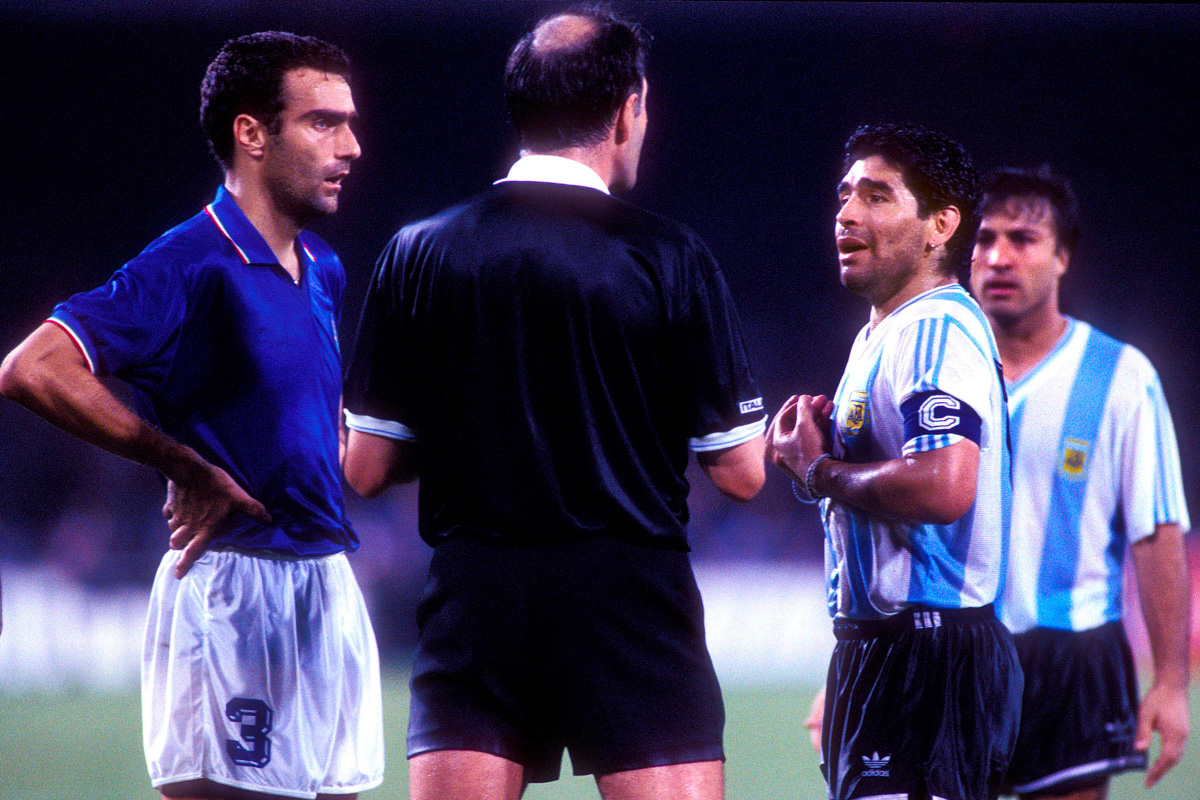 Perhaps the oddest thing about Bergomi’s lengthy career is that he featured in four different World Cups, but never played in a qualifying match. He was a surprise call-up to Italy’s 1982 squad, the Azzurri were handed an automatic place as holders four years later, then hosts in 1990. He was dropped for seven years, recalled by Cesare Maldini for the tournament in 1998, making him a favourite for quiz enthusiasts around the world.

However, it is that first World Cup in Spain where his great reputation began. Bergomi only made his debut that April but was taken to the finals by Coach Enzo Bearzot. Having sat on the bench for the first few games, an injury to Fulvio Collovati saw him sent on in a clash with Brazil at just 18 years of age.

Gentile’s suspension against Poland saw Bergomi retain his place and Bearzot could not leave him out for the final against West Germany. Given the tough task of marking Karl-Heinz Rummenigge, he rose to the challenge, repeatedly flicking the ball away from the imposing striker at key moments and holding up well under intense scrutiny. The Azzurri would emerge 3-1 winners against an impressive opponent, with Bergomi playing a crucial role in the nation’s first post-war triumph.

Given that the likes of Javier Zanetti and Giacinto Facchetti have worn the Inter captain’s armband with great distinction, they would have to go some way to be more of an idol than Lo Zio. Simply put, Bergomi was a truly great player from the moment he broke into the side until he called time on his career.